McBride, who earned 95 caps and scored 30 goals during a 14-year international career with the USMNT, will report to U.S. Soccer Sporting Director Earnie Stewart.

McBride will begin the position immediately, joining USMNT head coach Gregg Berhalter and the rest of the staff and players for January Camp in Bradenton, Fla. On Monday, Jan. 13, McBride and Stewart will be available on a media teleconference call.

“We are thrilled to have Brian McBride assume the role as General Manager of the U.S. Men’s National Team,” Stewart said. “Through his impressive career as a three-time World Cup veteran and at clubs in England, Germany and the United States, he has earned the respect of his peers around the world. The hard-earned reputation will allow him to forge important relationships both internationally and here at home, and his understanding of the game and what it takes to succeed at the highest levels will be invaluable to our player pool and our staff.” 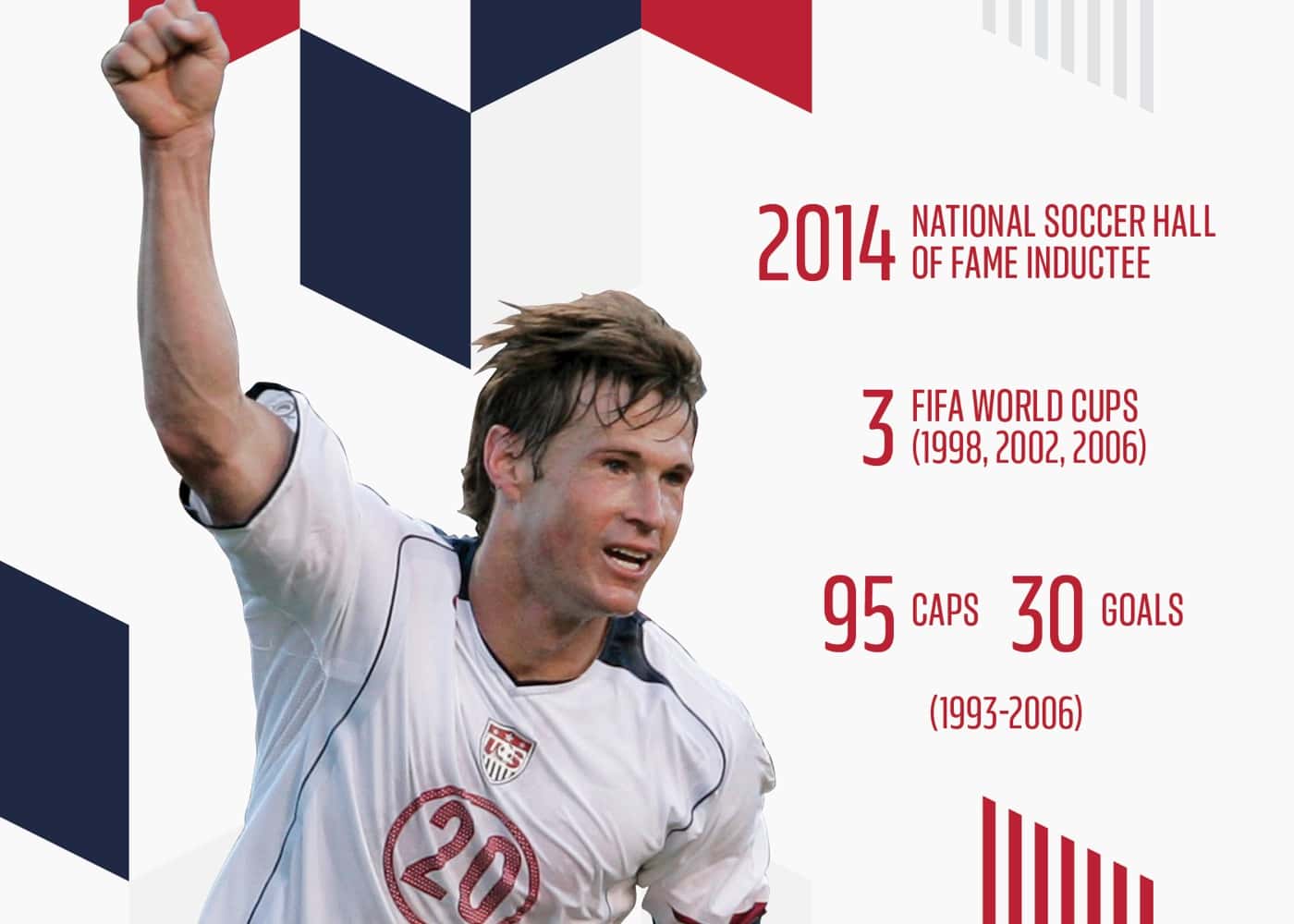 McBride was chosen from a list of 20 domestic and foreign candidates. Stewart, assisted by USWNT General Manager and Head of Women’s Football Kate Markgraf, conducted interviews with multiple candidates before recommending McBride to the Technical Committee for approval and the U.S. Soccer Board of Directors for ratification.

Working closely with Stewart and Berhalter, McBride’s primary areas of focus will be to oversee the development and management of the player pool, build and guide the culture within the Men’s National Team environment, manage relationships with clubs and represent the USMNT on the global stage.

“I am incredibly honored to once again represent the National Team and the U.S. Soccer Federation,” McBride said. “It’s critically important for everyone to understand the privilege and pride that goes with wearing the jersey, and I’m excited about the opportunity to build relationships with players and clubs that align with the philosophy and values of U.S. Soccer. In this position, part of my job is to work alongside Gregg and his staff in fostering a growth mentality for the USMNT and to help Earnie ensure that this mindset is present in all of our Youth National Teams. I look forward to working with Earnie and Kate Markgraf to continue the progress we have made in the last two decades.”

In an international career defined by hard work and pivotal goals, McBride earned 95 caps for the USMNT from 1993-2006 and represented the United States at the 1998, 2002 and 2006 FIFA World Cups. The target striker scored the USA’s lone goal at France ’98 and went on to become the first USMNT player to score in multiple World Cups when he put the USA up 3-0 against Portugal, setting the stage for one of the most significant goals in team history when he bagged the game-winner against Mexico in the 2-0 shutout victory in the 2002 World Cup Round of 16.

Having represented the United States at eight senior international tournaments, McBride won the Most Valuable Player award and the Golden Boot in helping the USA win the 2002 Concacaf Gold Cup, and also scored two goals as the USMNT finished third at the 1999 FIFA Confederations Cup. Though he retired from senior international play following the 2006 FIFA World Cup, McBride made a brief return to the world’s stage, participating for the USA as one of three overage players at the 2008 Summer Olympics in Beijing.

McBride suited up for clubs in Germany, the United States and England during a 17-year professional career. Having began his career with the Milwaukee Rampage in 1994, the striker then moved abroad for a season with German Second Division outfit Wolfsburg before returning to the United States for the launch of Major League Soccer. Selected first overall in Major League Soccer’s Inaugural Player Draft in 1996, McBride would become a mainstay for Columbus Crew SC, racking up 161 appearances and 62 goals from 1996-2003, while helping lead the side to the 2002 Lamar Hunt U.S. Open Cup title.

Loan stints to English sides Preston North End and Everton preceded a career defining transfer to Fulham in 2004. The veteran striker became a fan favorite during four-and-a-half seasons at Craven Cottage, with his pivotal goals down the stretch in both the 2006-07 and 2007-08 seasons helping the club stave off relegation while also earning the club’s Player of the Season in both campaigns. McBride’s legacy is so strong at Craven Cottage that a bar inside the stadium was later named in his honor.

Following his memorable stay with Fulham, McBride returned home to end his career, playing with Chicago Fire from 2008-2010. The striker amassed 18 goals in 59 regular season appearances, helping the club to back-to-back Eastern Conference Finals in 2008 and 2009. Collegiately, McBride turned out for famed soccer powerhouse Saint Louis University from 1990-93, setting school records for goals (72) and assists (40), and earning All-American honors on two occasions.

For the past seven years, McBride has provided expert on-air analysis and commentary, first for FOX and then ESPN. In 2011, he founded McBride’s Attacking Soccer Academy, and he was the Co-Founder & Chief Strategic Officer for TiPEVO in charge of strategic offerings and outreach to the youth sports community. He holds a bachelor’s degree in secondary education from Saint Louis University and a USSF ‘B’ License.