The 2017 come-from-behind Semifinal win by the New York Red Bulls (3-2) over that year’s Cinderella side, FC Cincinnati, is a U.S. Open Cup Classic for the ages. We joined Sacha Kljestan and Corben Bone on Zoom for a look back.
German SferraApril 13 2020
Open Cup

It looked like FC Cincinnati were home and dry at 2-0 up and heading for an historic Lamar Hunt U.S. Open Cup Final, only for the New York Red Bulls to hit back late and eventually spoil the party. The visitors from Major League Soccer finished the job 3-2 in extra-time with Bradley Wright-Phillips heading home his second of the night to send the New Jersey-based club through to only its second Open Cup Final since their founding (as the MetroStars) in 1996.

The New York Red Bulls would lose to Sporting Kansas City in that year’s Final, but the 2017 Semifinal between the Red Bulls and FC Cincinnati stands up as one of the modern classics of the 107-year-old Lamar Hunt U.S. Open Cup. 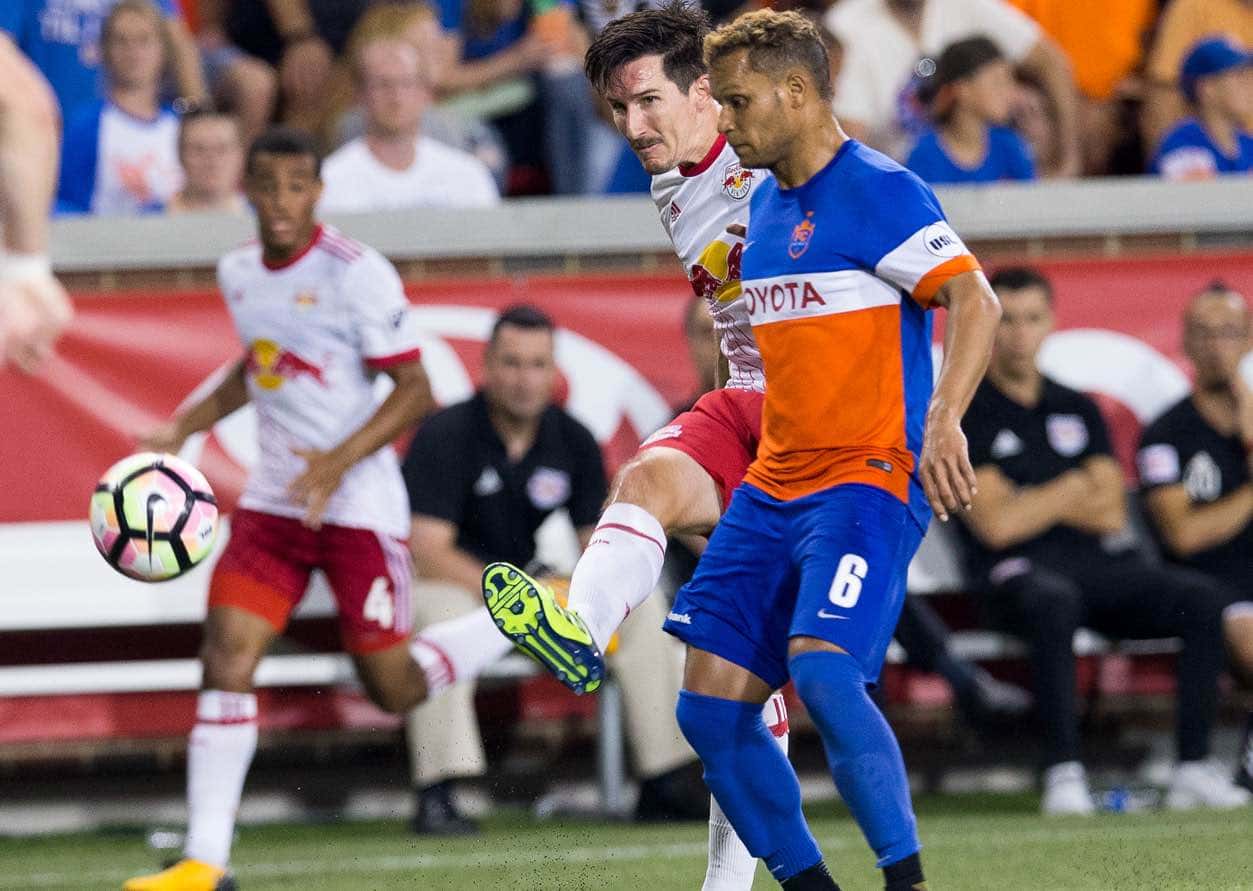 Nippert Stadium was in full voice at the start of hostilities and the opening exchanges were tense and physical, with the home side eager to stamp their mark on proceedings. The visiting Red Bulls had more of the possession early in the half, and Jamaican international Kemar Lawrence hit well over the bar with the first two shots of the game.

FC Cincinnati’s outstanding goalkeeper Mitch Hildebrandt, a hero among heroes during the then-USL side’s fairy-tale 2017 Cup run, mopped up whatever came his way in the first period, though he had little to do despite the men from MLS controlling much of the play. At the other end, the first few forays forward for the home side came from Aodhan Quinn, who took a shot (a wild volley that went way over) and sent in a looping cross from a free-kick that tested Ryan Meara in the NYRB goal.

Nippert Stadium nearly levitated on the half-hour mark. After a nifty break up the right side, the ball moved to the left where Cincinnati's Andrew Wiedeman lofted a deft cross into the penalty area. A cheeky chest pass from Danni Konig beat the lone remaining New York defender in the box as Corben Bone came steaming through to take a touch and hammer home with his right foot. It was the former Chicago Fire utility man’s first goal for the club in competitive play and the first goal scored by an FC Cincinnati player not named Djiby Fall, who sat out the game through suspension, in the 2017 U.S. Open Cup.

The next quarter-hour saw the Red Bulls keep up sustained pressure in the attacking third. Wright-Phillips, who scored the winner against New England Revolution in the Quarterfinal, had his first pair of half-chances in the contest. But neither came to anything in the end with wayward aim and Hildebrandt’s cool hands keeping the ball out.

The second-half proved to be a thrilling 45 minutes of soccer - gripping from the start. After only six minutes, FC Cincinnati’s clever attacker Wiedeman raced forward all by his lonesome on a counter-attack. He managed to work a little space on the right side of the box, but his right-footed effort was well kept out by Meara. It was a hint of things to come and ten minutes later the home side went 2-0 up.

FCC were trying to take full advantage of set-pieces and counter-attacks. And after 61 minutes, it was their homegrown hero – Cincinnati born and raised Austin Berry – who rose highest to make the score 2-0 in front of throngs of friends and family. The big defender stormed in at the back post to thunder his header past Meara and send Nippert Stadium into hysterics.

But while the fans were dreaming of a place in the Final – a first of a non-MLS team since 2008) reality came back and hit them over the head. The professionalism of the visiting Red Bulls – and the style and panache of Sacha Kljestan in midfield – were too much to resist as the visitors had all the possession. And while they hadn’t conceded a goal in 585 minutes of Open Cup soccer up to that point, FC Cincinnati allowed two in the space of just three minutes to see the score settle at 2-2. 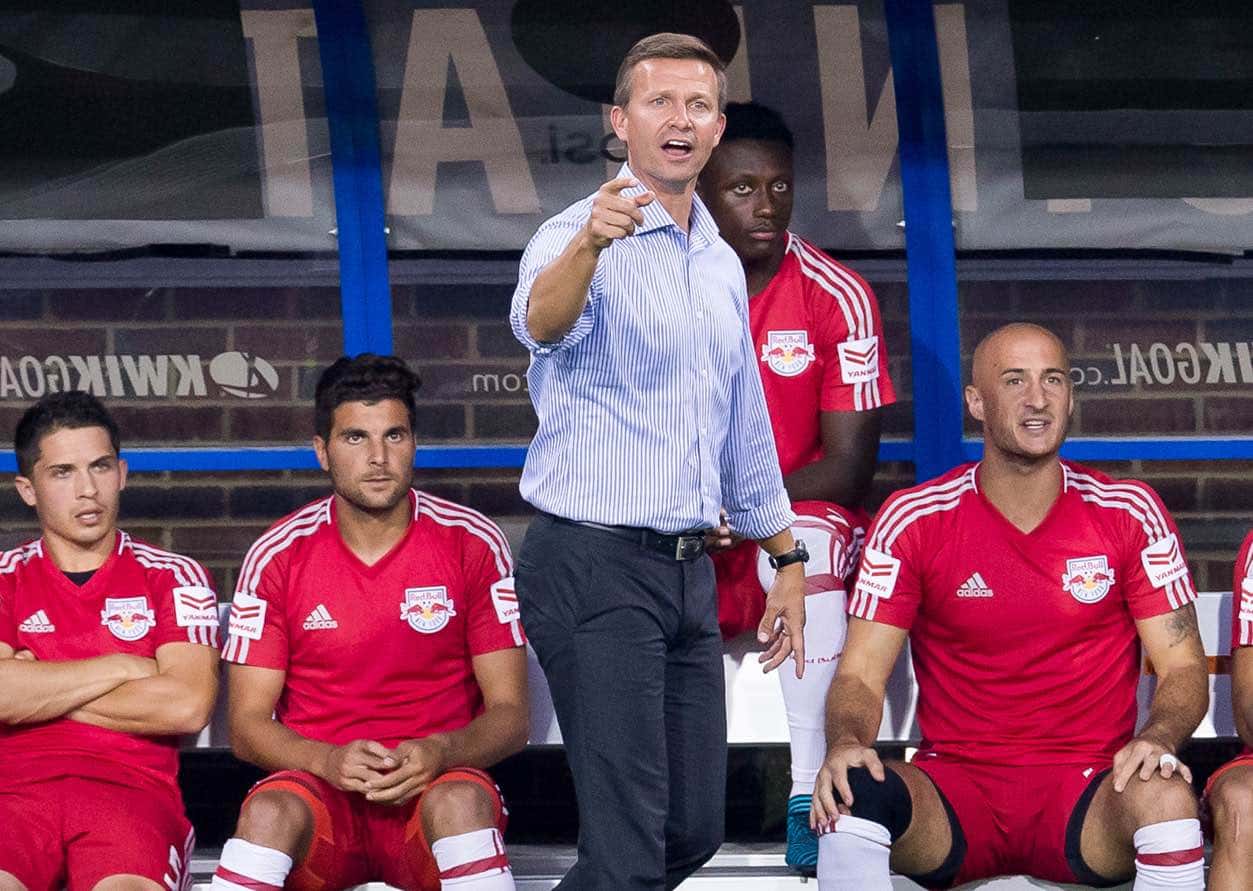 Second-half substitute Gonzalo Veron took advantage of a scramble in the penalty area to hit home from close range in the 75th minute. The initial cross was a good one but the ball rebounded off Berry and fell invitingly for the Argentinian, who hit home from the doorstep while falling to the ground. In that moment, some of the air seemed to go out of the stadium and it wasn’t long before the silence of the 33,250 fans turned deafening.

From 2-0 down to a berth in the 2017 #USOC Final 🏆#OpenCupClassics | #RBNY pic.twitter.com/cpQGpviwIs


Just two minutes after cutting the lead in half, The Red Bulls made it 2-2 through their always lethal marksman Wright-Phillips. The English-born striker guided a pinpoint header just between Hildebrandt and the post. It was another lovely cross from the right side and the striker, with three goals in two Open Cup games, hardly had to jump to get his head to the ball and draw level in the 77th minute.


Wright-Phillips had another golden chance to make it 3-2 on the stroke of full-time, but the potential dagger hit off the underside of the crossbar after he’d snuck in at the near post and nodded past Hildebrandt. Instead, the game went to extra-time where Wright-Phillips was on hand to turn the knife in FC Cincinnati’s ribs once more. Eleven minutes into the first-period he slipped another brilliant header home before diving into the small corner of the stadium reserved for traveling fans. 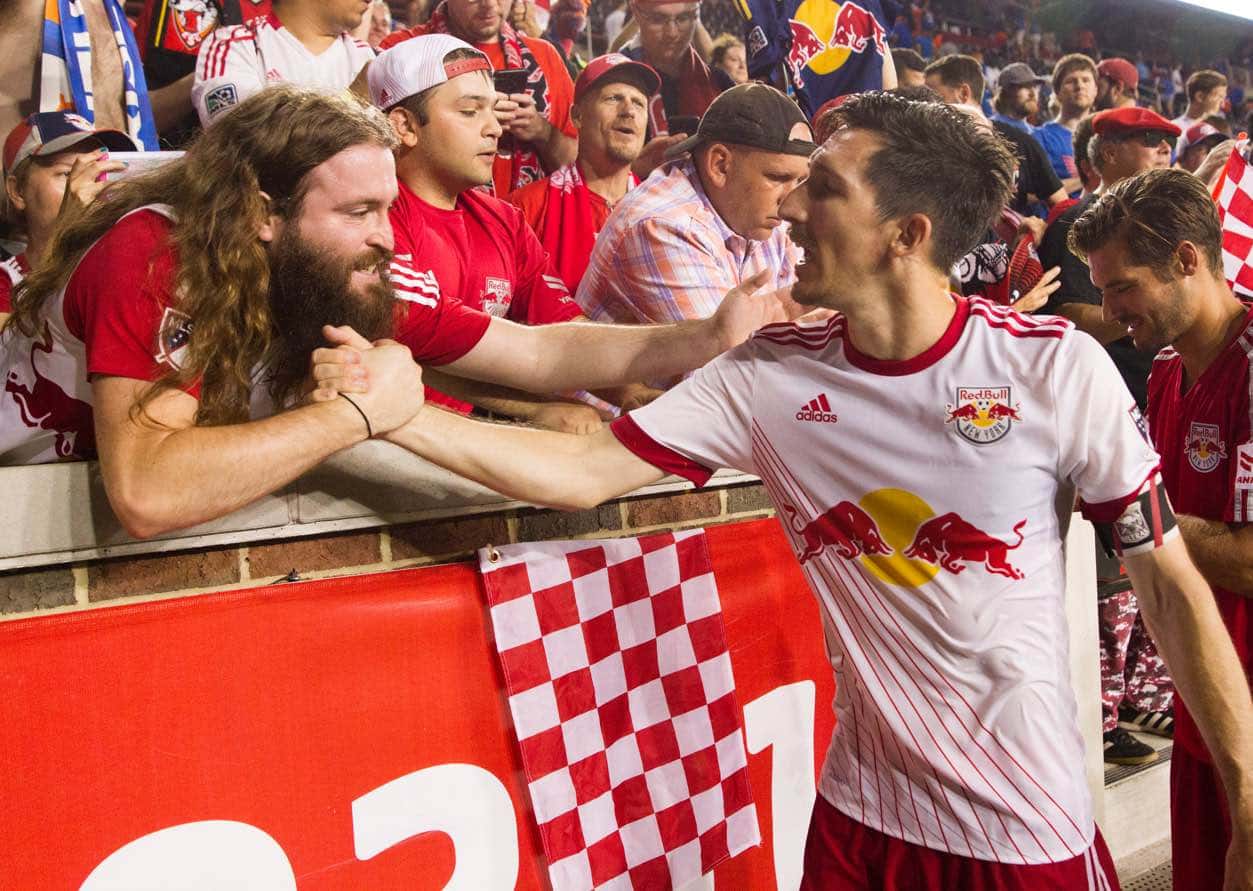 At 3-2 down and having conceded three unanswered goals, the home team refused to give up. Wiedeman soldiered on despite being hampered by cramps. Substitute Marco Dominguez had one more chance to draw level for FCC, but his effort from close-range was cleared by a fearless Tyler Adams, who sacrificed his body for the cause. The Red Bulls were worthy winners on the day as the 2017 U.S. Open Cup waved a fond goodbye to FC Cincinnati.
Tags
Open Cup