MEMORIAL DAY: Earnie Stewart on how his Father’s Military Service Paved his way to the USMNT

Like many Americans this Monday, Earnie Stewart will take some time to think about the countless men and women who gave their lives for their country.

Monday, May 25 is Memorial Day.

"It's just a moment in time where you can reflect on the people who served our country," Stewart said. "Later in life you really understand and honor how so many in the service have lost their lives and paid the ultimate sacrifice to protect us as a nation and individuals. That's when it really starts to hit you and that's when Memorial Day really kicks in. You have the possibility of paying them the respect they most certainly deserve." 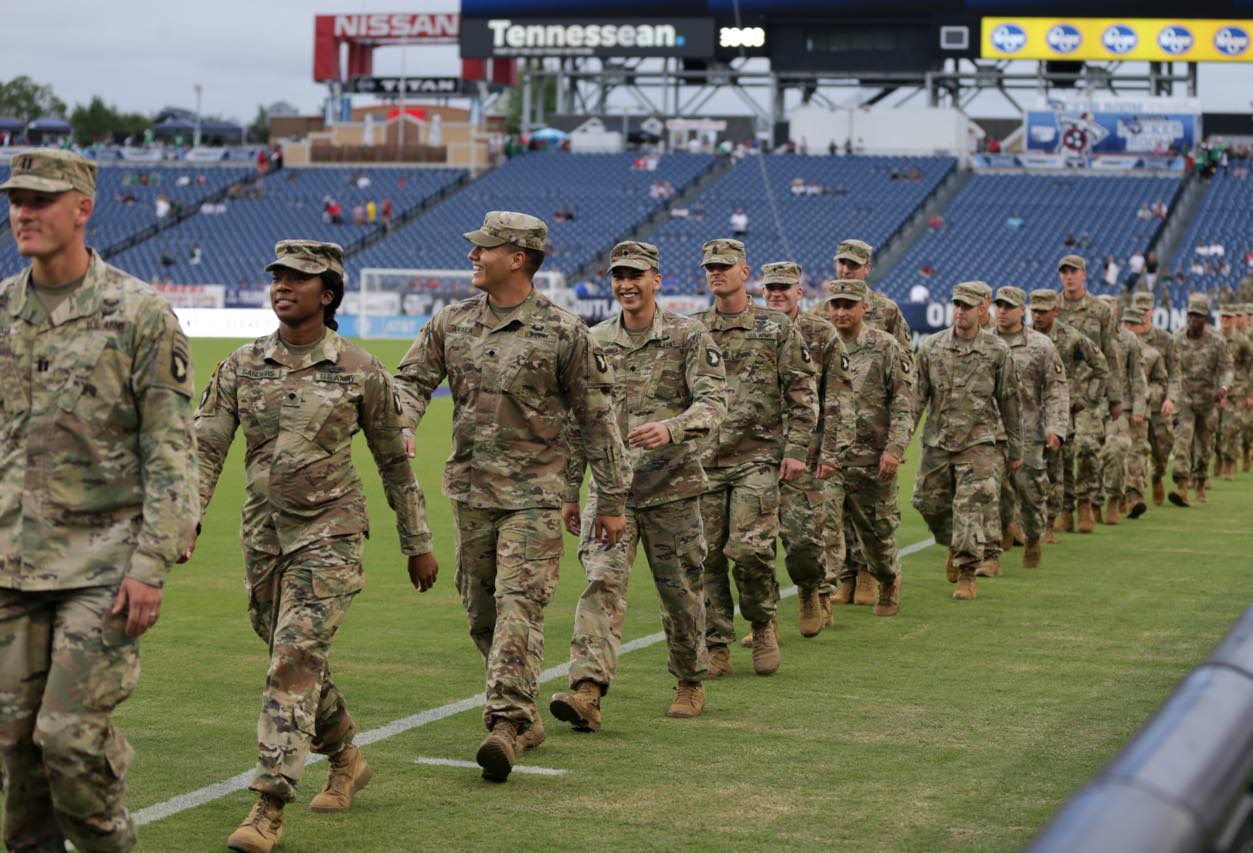 For the U.S. Soccer Sporting Director, it’s a day of special reflection for both he and his father, Earnest Lee Stewart Sr. His dad served his country for more than three decades in the Air Force.

Earnest’s 33 years in the Air Force were spent at several bases, including Volkel Air Base (Netherlands), Ramstein Air Base (Germany), Dyess Air Force (Abilene, Texas), Travis Air Force Base and Point Arena Air Force Station (both California). The elder Stewart’s time in the Netherlands also helped him find his wife, Annemien. He retired from service in 2000 as a Senior Master Sargent, and eventually became the manager of a U.S. air force base supermarket in the Netherlands.

When he was growing up, Stewart said there were never any discussions on the details of his father's work.

"I guess as a young boy you don't think about it that way," he said. "You think it's normal that your father does this as a line of work. Once you get older, you start to understand what it actually means to serve your country. The appreciation, I don't think it came until later, especially when playing for our national team when we tried to honor our servicemen as much as possible and give them the respect that they all deserve. That's when it hits you, what it actually means. In your younger years, it's your father. He leaves in the morning; he comes back in the evening.

"It's weird how the apple doesn't fall far from the tree. When my father came home it was about family life and you didn't speak about your work too much. I tend to do the same exact thing as my father did. So, it's not that we ever shared those huge conversations about things that happened at work. Later on in life when he worked for our government here in Europe on bases, the conversations were just different. He was the manager of the supermarket, and because I was transitioning to becoming a technical director we did speak some about management." 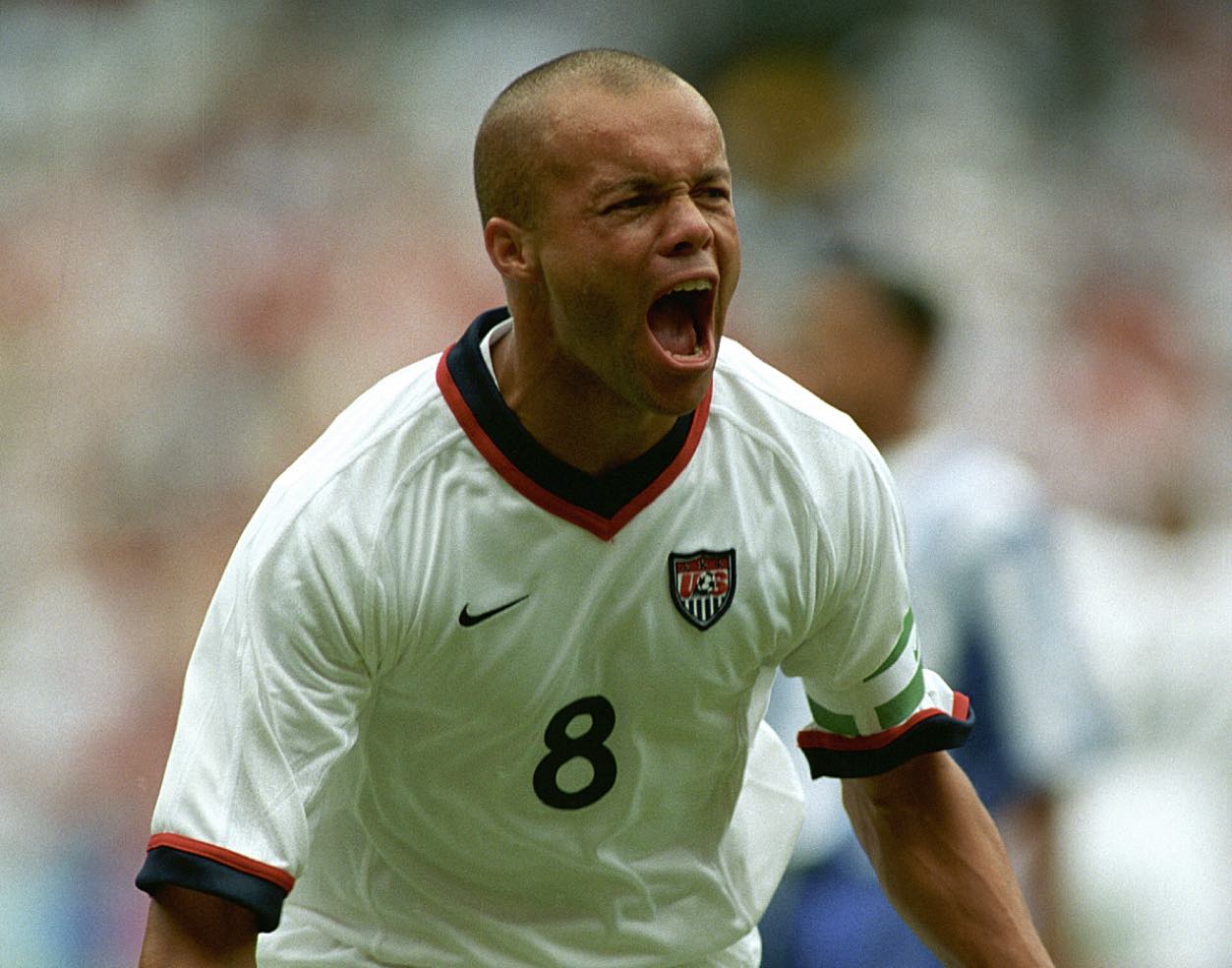 Stewart, a member of the National Soccer Hall of Fame who made 101 international appearances and performed in three World Cups, began working on the management side of the game in 2005 immediately following his retirement as a player. He served as Sporting Director of Dutch clubs VVV Venlo, NAC Breda and AZ Alkmaar, before coming stateside in 2015 with the Philadelphia Union. In 2018, he joined U.S. Soccer as USMNT General Manager and was elevated to the role of Sporting Director last year.

Several weeks ago, Stewart decided to return to the Netherlands to join his family during the COVID-19 pandemic. Since all sports on the planet, including soccer, had been put on the backburner, he figured he could do the same work as he did in the states.

"I was sitting alone in my apartment with the work-at-home situation that we had, so I am doing that now from Europe," he said. "The time difference is not always easy. I think we're dealing with it fine. Holland is also in a situation right now they have really bent the curve and they're actually loosening up left and right, their first return to normal about two weeks ago. Because that went well, they're progressing once again and letting it go a little bit more." 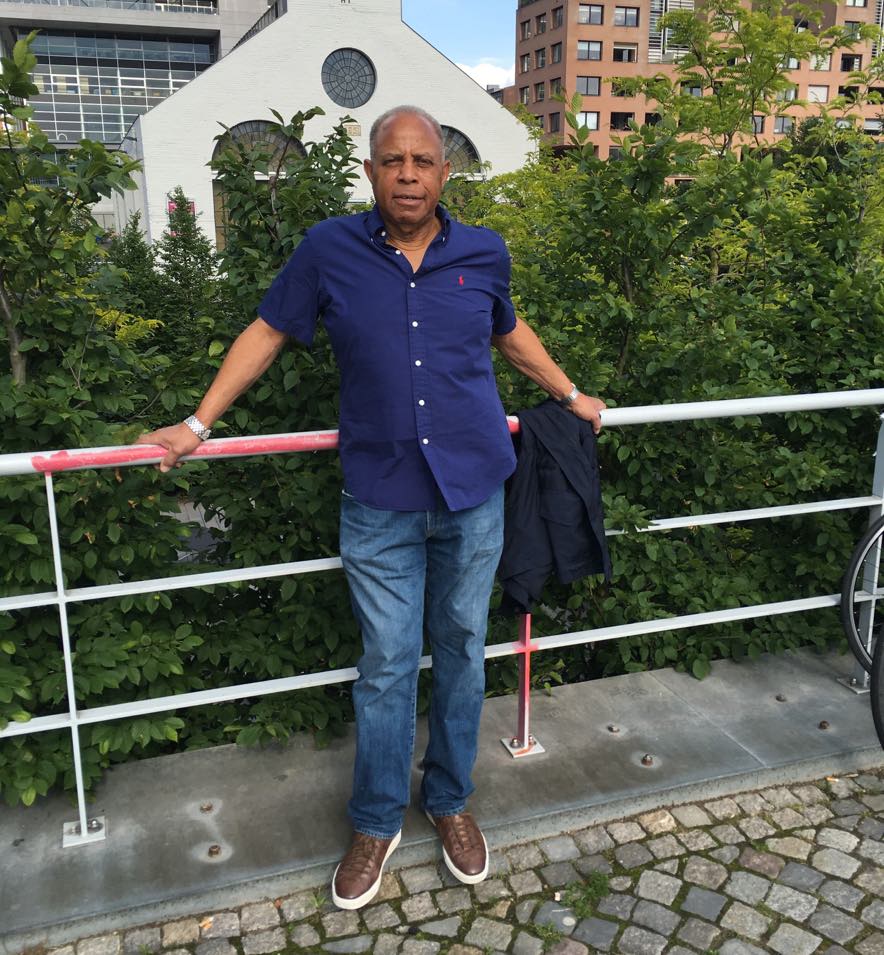 As it turned out, Stewart could not have timed his trip any better because his father suffered a heart attack after he arrived.

"There was a little bit of luck I was here," he said. "He's doing really well now. He's back at home. We're blessed and happy that things are going really well."

A dual citizen of the United States and Netherlands, when Stewart decided to play for the U.S. in 1990, he essentially became a pioneer of sorts as one of the first USMNT players who had a military background and grew up playing overseas. Stewart’s future two-time World Cup teammate Thomas Dooley (Germany) followed suit in 1992, while current U.S. players John Brooks (Germany), Sergiño Dest (Netherlands) and Alfredo Morales (Germany) are more recent examples of players who have fathers in the U.S. military and learned their soccer abroad.

Stewart, 51, stressed he never had any intention of being a pioneer.

"I just love the game that I play," he said. "Playing for the U.S. National Team has always been an amazing thing for me, just from a sports perspective but also from a life perspective from the things that you see around the world. It was always something at the top of my life, just helping to win games for the country that I love and doing that at the highest level. I was always thrilled to be part of the program."

Growing up and playing professionally in Europe certainly gave Stewart a unique perspective. When he was General Manager of the USMNT, it enabled him to relate to the likes of Brooks, Dest and Morales through a shared experience. 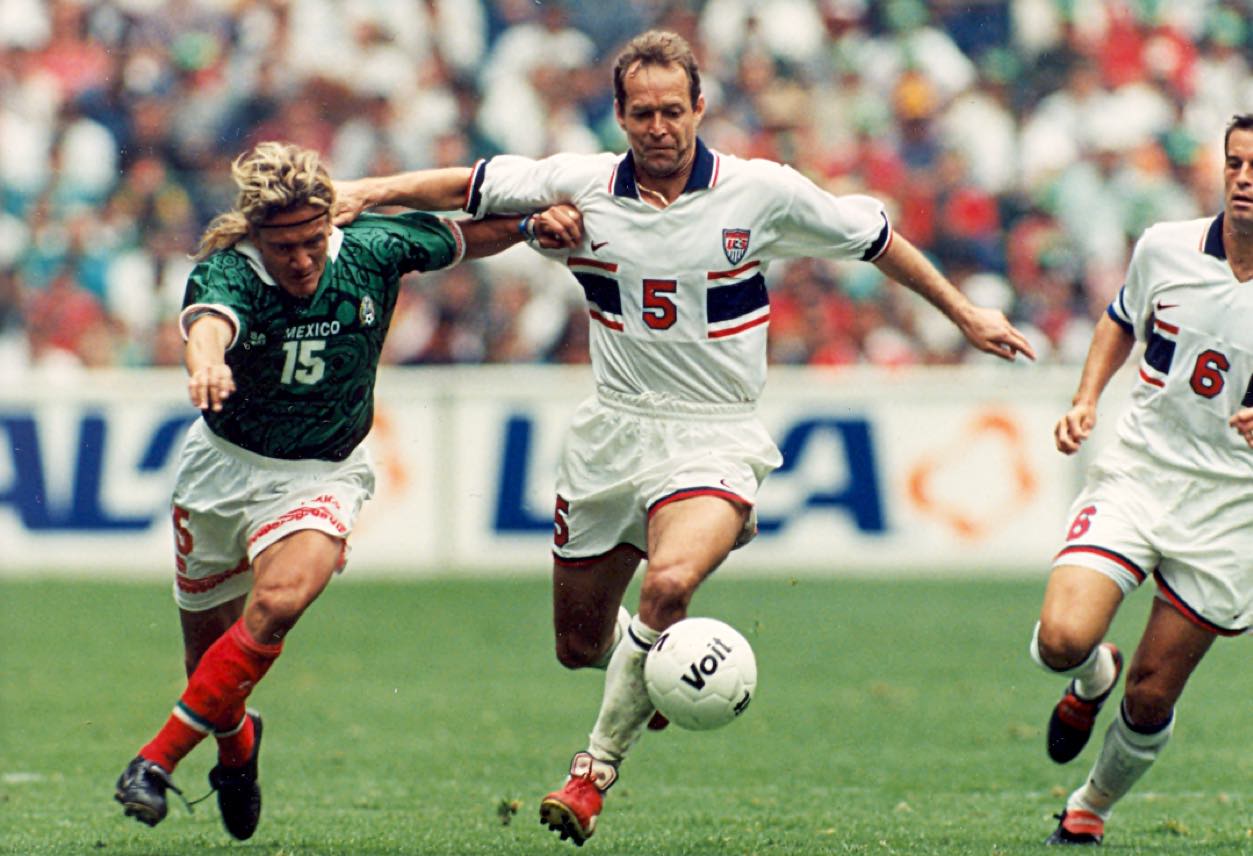 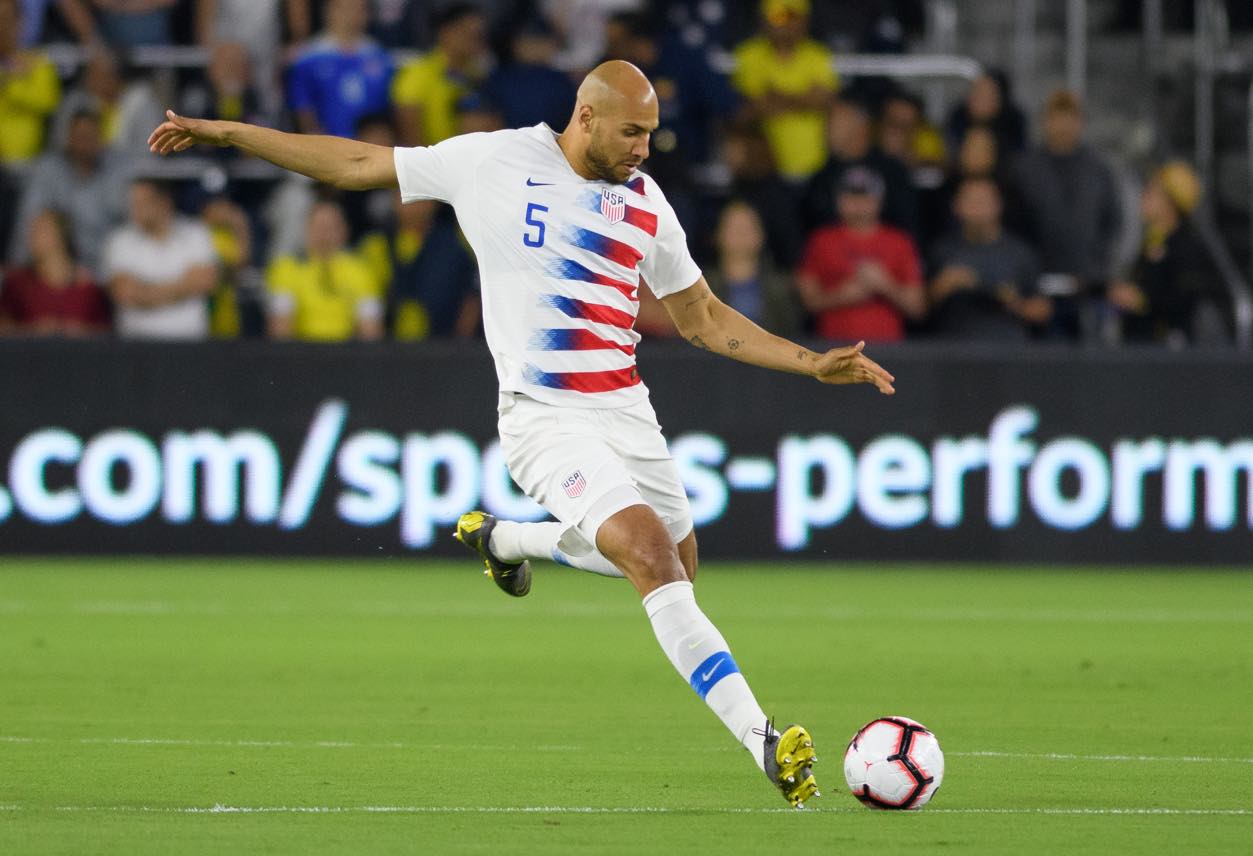 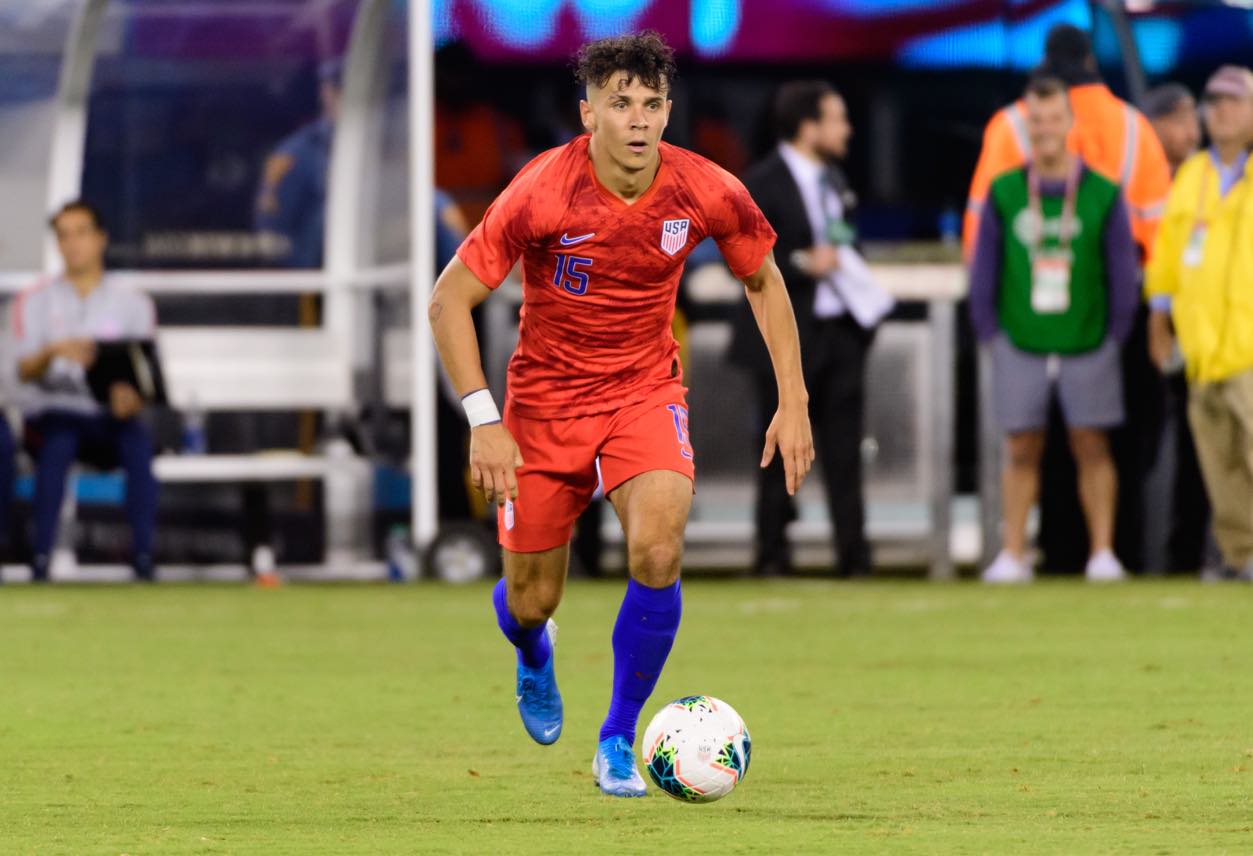 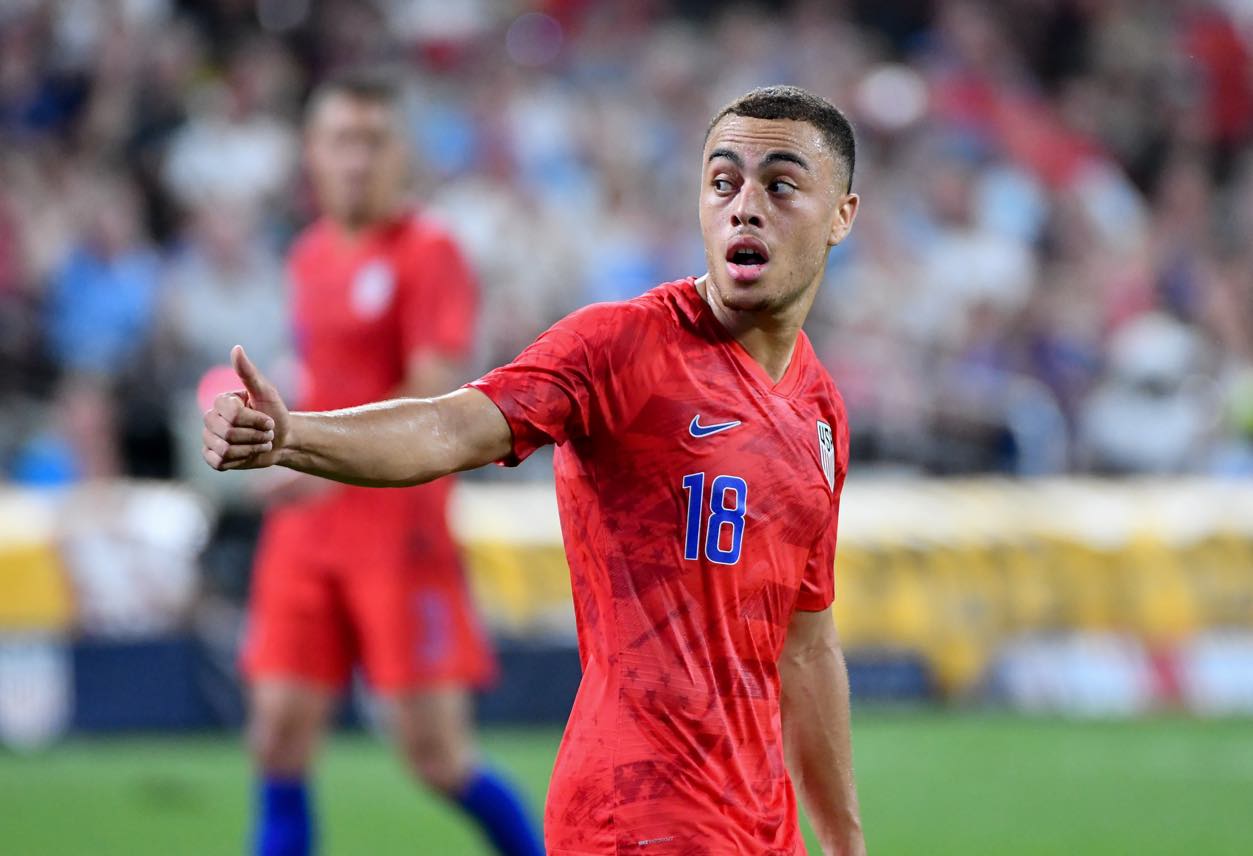 Thomas Dooley, John Brooks, Alfredo Morales and Sergiño Dest are just a few of the USMNT players with a military connection who similarly grew up playing soccer abroad

"It depends on what people are dealing with at the moment," Stewart said. "I think Sergiño is probably the best example of somebody who has to make a choice and that is something that you can relate to and have discussion about. We're happy that he's playing for the U.S. and I certainly don't want to make it that has anything to do with the conversation I had with him because they were way more people involved in this, but I do think that from his standpoint he found it reassuring that people went through the same situation as he did. So, that does make discussions a little bit easier.”

Stewart doesn't know when he will return to the U.S. He has been working in place in Haarlem, which is about 20 minutes away from Amsterdam and has kept extremely busy. Clearly one of the main priorities for the organization is the situation with COVID-19 and the progression towards return to play. This involves regular conversations with U.S. Soccer's Chief Medical Officer Dr. George Chiampas, including a weekly call with federation’s task force.

"He tells us a little bit more about the situation in the United States and around the world and us as an organization on how we look at our teams, our men's and women's team and our youth national teams and the moments that that we can progress again," he said. 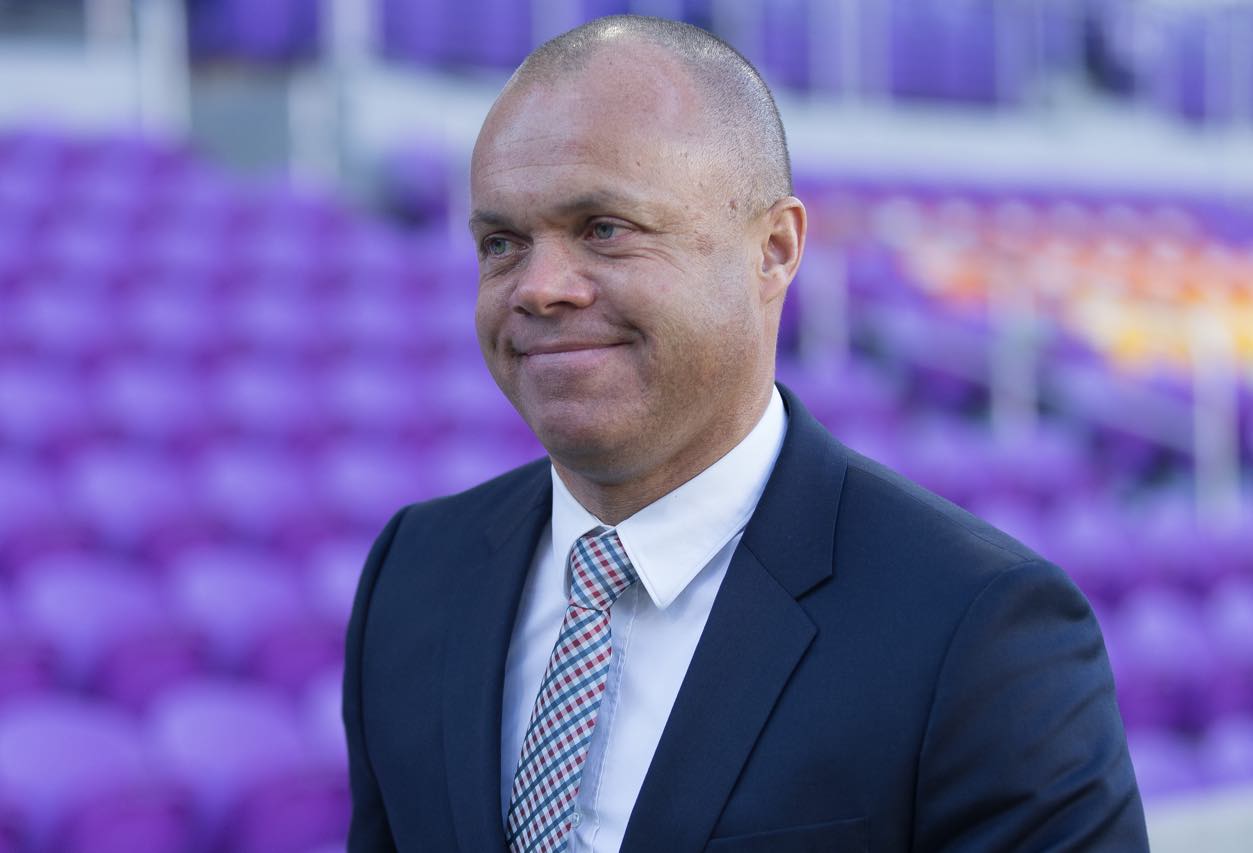 Once the green light is given, Stewart will return to the U.S and quarantine himself for two weeks before resuming his duties at Soccer House in Chicago. "It is very fluid at this moment at what path that is going to take," he said.

Like many people, the pandemic has reminded Stewart to appreciate everything in life just a little bit more.

When asked if he had a message for American soccer fans, Stewart replied, "In the end, especially in these challenging and unprecedented times, I hope that everybody is safe and healthy. It puts everything back into perspective of what we do and how we go about our business, on how we go back into the office and try to do the best and the things that you put first. I think the most important thing right now is to make sure that your family is safe and healthy and make those choices in life because it is something that we have to cherish. Going through this episode with my father, you start to really grasp that in a better sense, in a better way.”

Definitely something to remember on Memorial Day.