FS1, UniMás and TUDN to Broadcast USMNT’s First Match on a FIFA Fixture Date Since November 2019; U.S. Soccer is Continuing the Effort to Secure a Second Match in Europe During the Window
October 23 2020
On the Pitch

Due to the current conditions related to the global pandemic, the match will be conducted under the UEFA Return to Play Protocol and be played without fans in the stadium. U.S. Soccer is continuing the effort to secure a second match in Europe during the window.

The match against Wales will be the first for the USMNT on a FIFA fixture date since Nov. 19, 2019, a 4-0 win against Cuba that lifted the USA to a first-place finish in Group A of the Concacaf Nations League and a spot in the Final Four to be played in June next year. This is only the second match for the team in 2020, following a 1-0 shutout of Costa Rica on Feb. 1 in Carson, Calif.

With the match falling on a fixture date, USMNT head coach Gregg Berhalter will have the opportunity to call in players based domestically and abroad.

“First and foremost, we are looking forward to getting the group together after such a challenging year,” Berhalter said. “Wales is a quality opponent with high-level players, so it’s a good opportunity to test ourselves. We appreciate all the work by the Football Association of Wales and here at U.S. Soccer to provide this opportunity to compete.”

This will be the USA’s first visit to Wales, who are currently ranked No. 20 in the FIFA World Rankings. The Dragons will be the fourth team in the Top 20 to play the United States during Berhalter’s tenure and the 10th overall in the last two years.

Wales, coached by Manchester United legend Ryan Giggs and led by four-time UEFA Champions League winner Gareth Bale and Aaron Ramsey - teammate of USMNT midfielder Weston McKennie at Juventus - are currently leading Group 5 in League B of the UEFA Nations League and preparing for matches against the Republic of Ireland (Nov. 15) and Finland (Nov. 18).

The U.S. team and staff will operate inside a controlled environment in a hotel near Cardiff. Everyone entering the controlled environment will undergo multiple COVID-19 tests in advance of traveling, and then will be tested upon arrival and at least every two days during camp. There will be no full team training until the results of all arrival tests are confirmed.

This is only the second meeting between the nations and the first on Welsh soil. The previous encounter took place May 26, 2003, at Spartan Stadium in San Jose, Calif. Landon Donovan and Eddie Lewis put up the goals,  goalkeeper Nick Rimando earned a shutout in his first start for the USMNT, and striker Brian Ching made his debut in the 2-0 win, ending a 10-match unbeaten run for the visitors.

The November window is a prelude to three significant competitions in 2020, beginning with the Concacaf Nations League final four. Winners of League A’s Group A, the USMNT takes on Honduras in one semifinal, while Mexico and Costa Rica will square off in the other, with the winners competing for the inaugural Nations League title. The matches are scheduled for the FIFA window in the first week of June, with the venues and times still to be determined.

Sign up today to get earlier access to ticket presales and more amazing US Soccer perks!
Learn More
Related Stories
View All 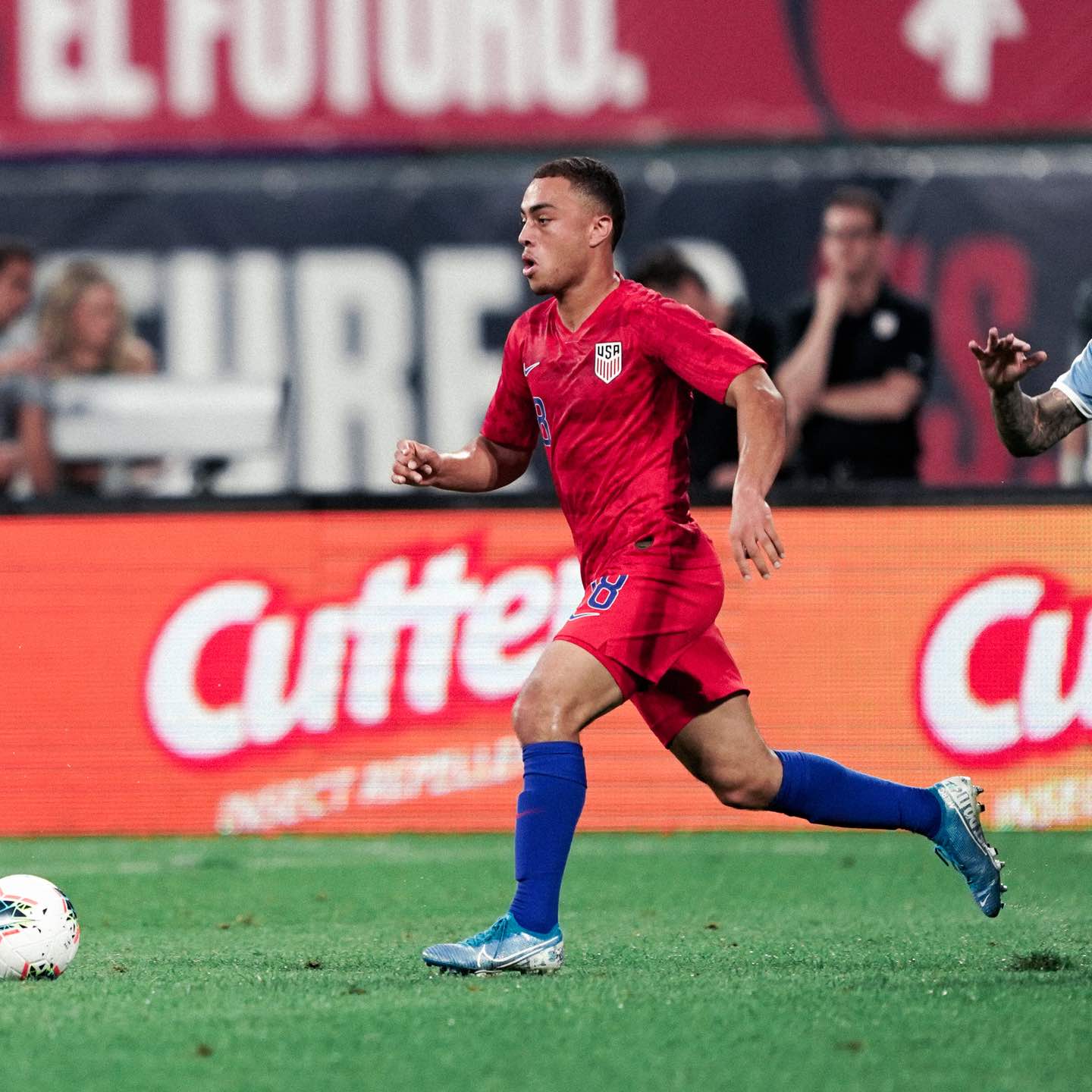 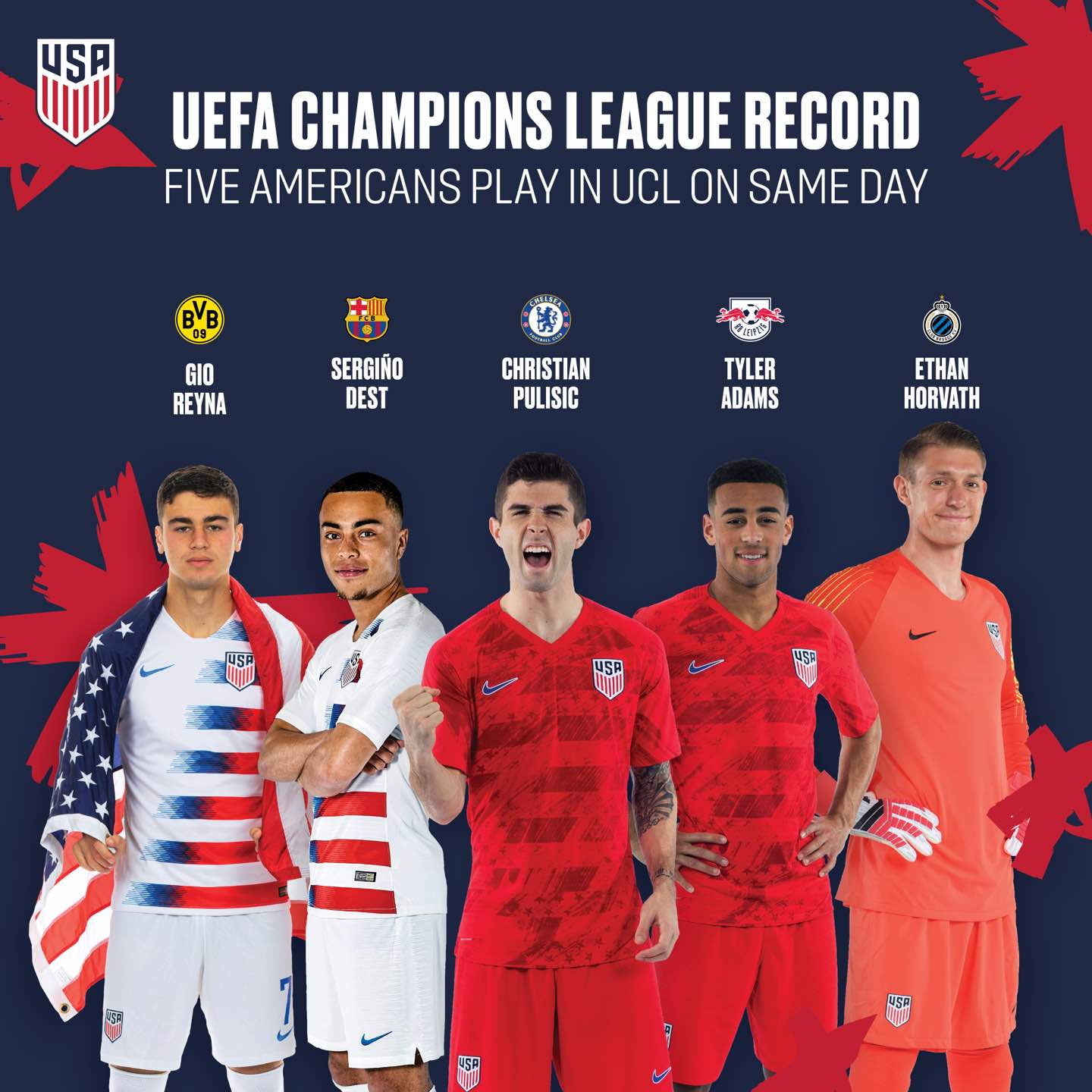 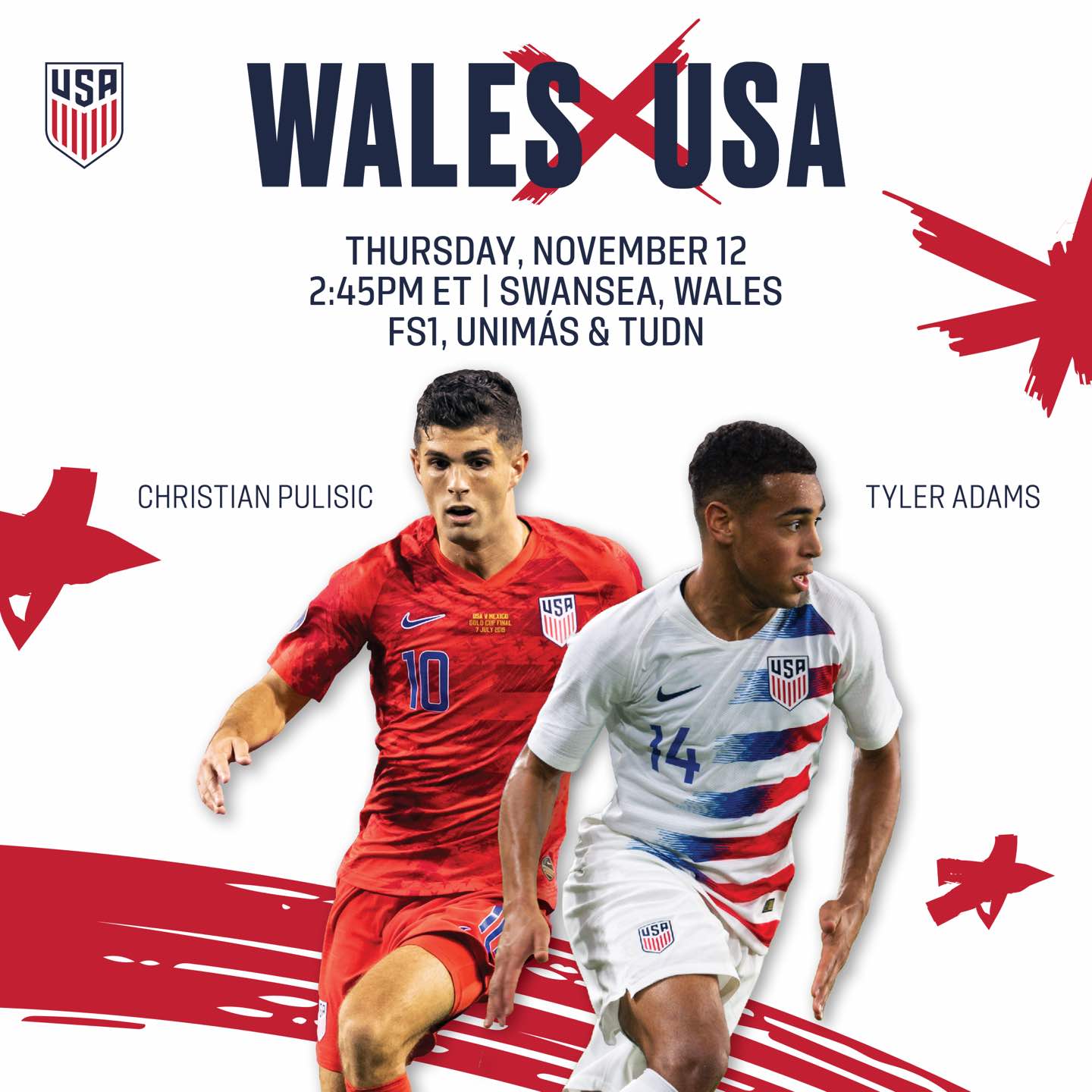