Center Back Competition an Intriguing Characteristic of USMNT December Camp

With an almost entirely domestic-based roster this month, the U.S. Men’s National Team called in some of the very best that Major League Soccer has to offer. On the back line, recently-crowned Defender of the Year Walker Zimmerman, his 21-year-old Best XI counterpart Mark McKenzie, 2018 Defender of the Year Aaron Long and rock-solid rookie Mauricio Pineda make up the central defender corps.

Throw in a group of European-based veterans battle-tested at the highest levels of the game and several highly touted prospects, and the USMNT center back depth chart looks rather crowded. 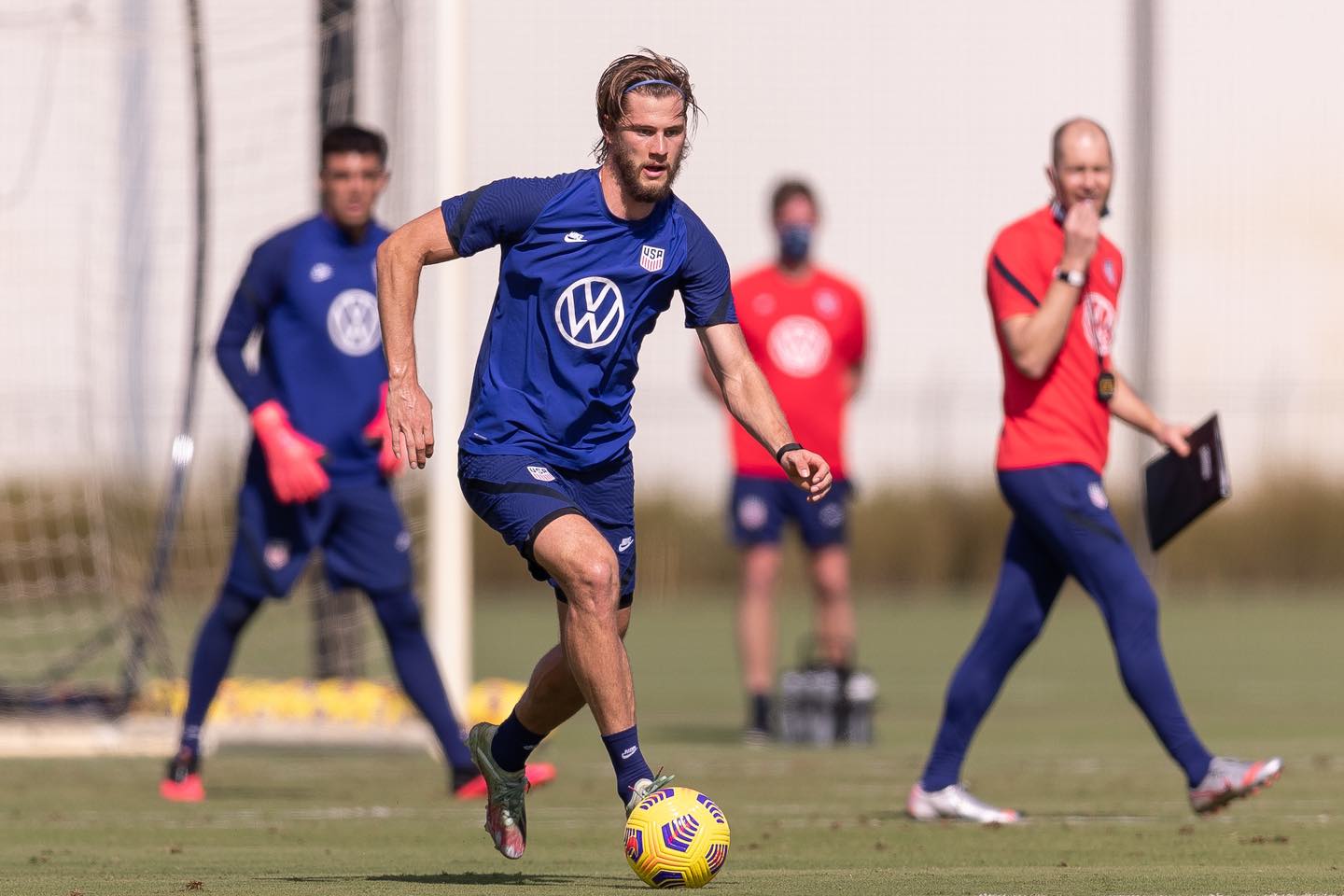 “It's a great problem to have,” Zimmerman said. “Everyone feels pressured to perform and knows that they have to go out there every training session and try and impress. We have a great group of center backs, amazing people as well. Looking at the last camp in November, this camp in December, and moving forward to January, there's a lot of center backs that are in this pool and a lot of competition. It's a great group of guys to work with and compete with and we continue to push each other along in a healthy way.”

The USA’s potential-packed player pool features tight competition for roster spots across the board, but the central defense might be the most up for grabs.

“We all see how deep and talented the center back position is in this cycle,” McKenzie said. “I see that as an opportunity to push myself. I think that internal fire is something that each of us have. Whenever we get the opportunity to come in here, we're pushing and we're fighting because we know (head coach) Gregg (Berhalter) said it was an open spot. It's a daily battle, a daily fight, both when you come into camp but also at the club level.”


The center backs currently in training camp with the USMNT all arrived following superb seasons with their club teams. After a trade before the start of the season from LAFC, Zimmerman shone as he anchored defensive-minded Nashville SC to a postseason berth and two playoff victories in its first MLS campaign. The 27-year-old earned Best XI honors last year as he held down the back line for one of the league’s highest-flying offenses in LA. This season, he took his game to a new level with Nashville, whose stingy defense led the way to success in an abnormal campaign.

“I think being on certain teams brings out different attributes that you have,” Zimmerman said. “In Nashville, I think what you saw was a lot of the things that I'd grown up with: the anticipation, a lot of duels, aerial challenges, positioning, defending in the box and that physical presence. Those things came out a little bit more. It was a great year, individually, collectively, and that's just not easy to do, especially with the limited training that we had this year.” 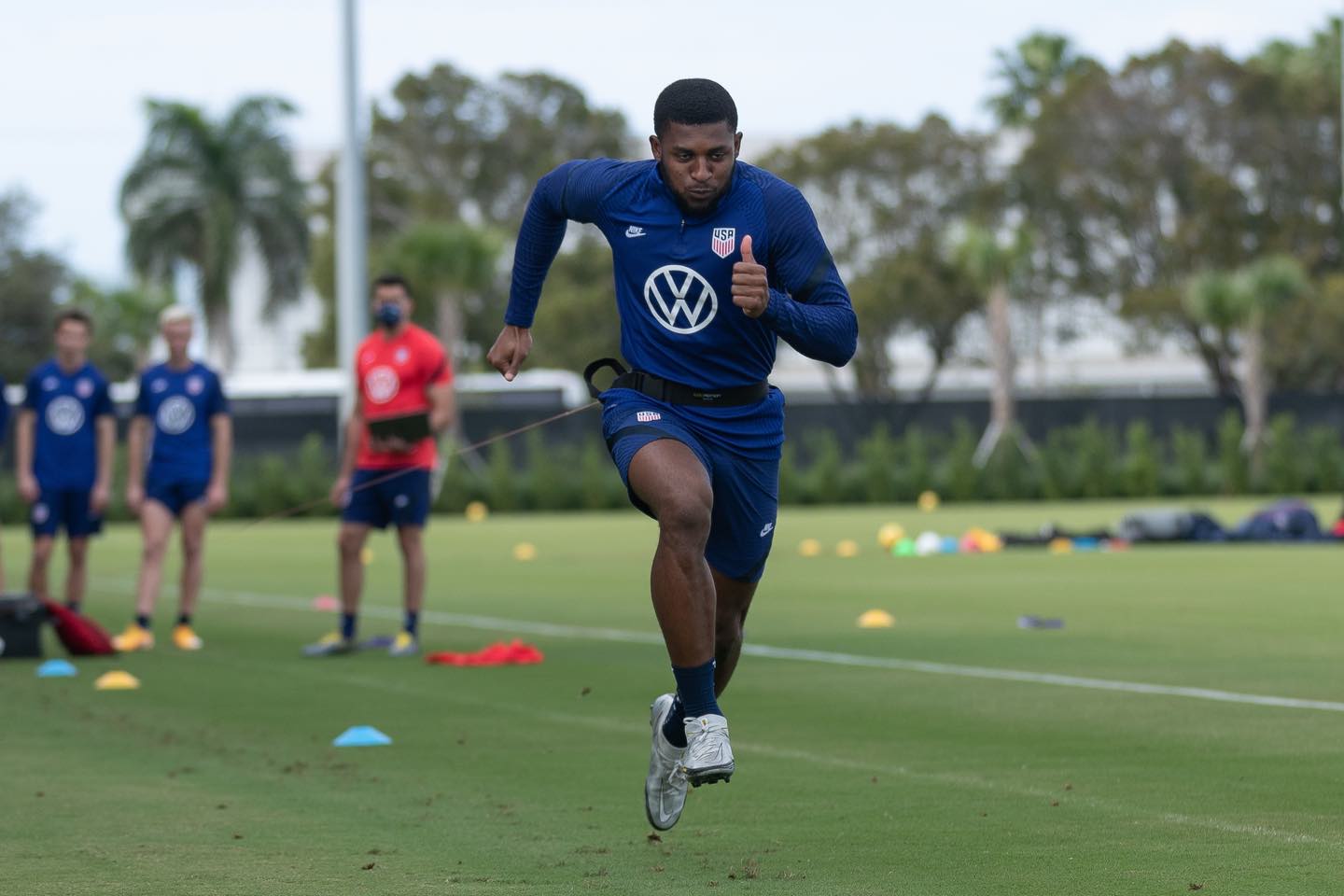 McKenzie earned a Best XI selection after a breakout season in which he helped push the Philadelphia Union to claim the Supporters Shield and finish just behind Zimmerman in Defender of the Year voting. The Delaware native captained the U-20 MNT during its quarterfinal run at the 2019 FIFA U-20 World Cup and served as an important part of the U-23 MNT last fall. Now, he aims to take advantage of his third call-up to the senior squad.

“There’s a group of players coming up who are young and hungry, ready for an opportunity,” McKenzie said. “That combination with some of the experience we have in the group, that's a really strong and beautiful combination and it's only going to help us, especially us young guys, going forward because we have the support of those veterans. We have the support of the staff, but we also have the flair, the creativity and the hunger to really push each other.” 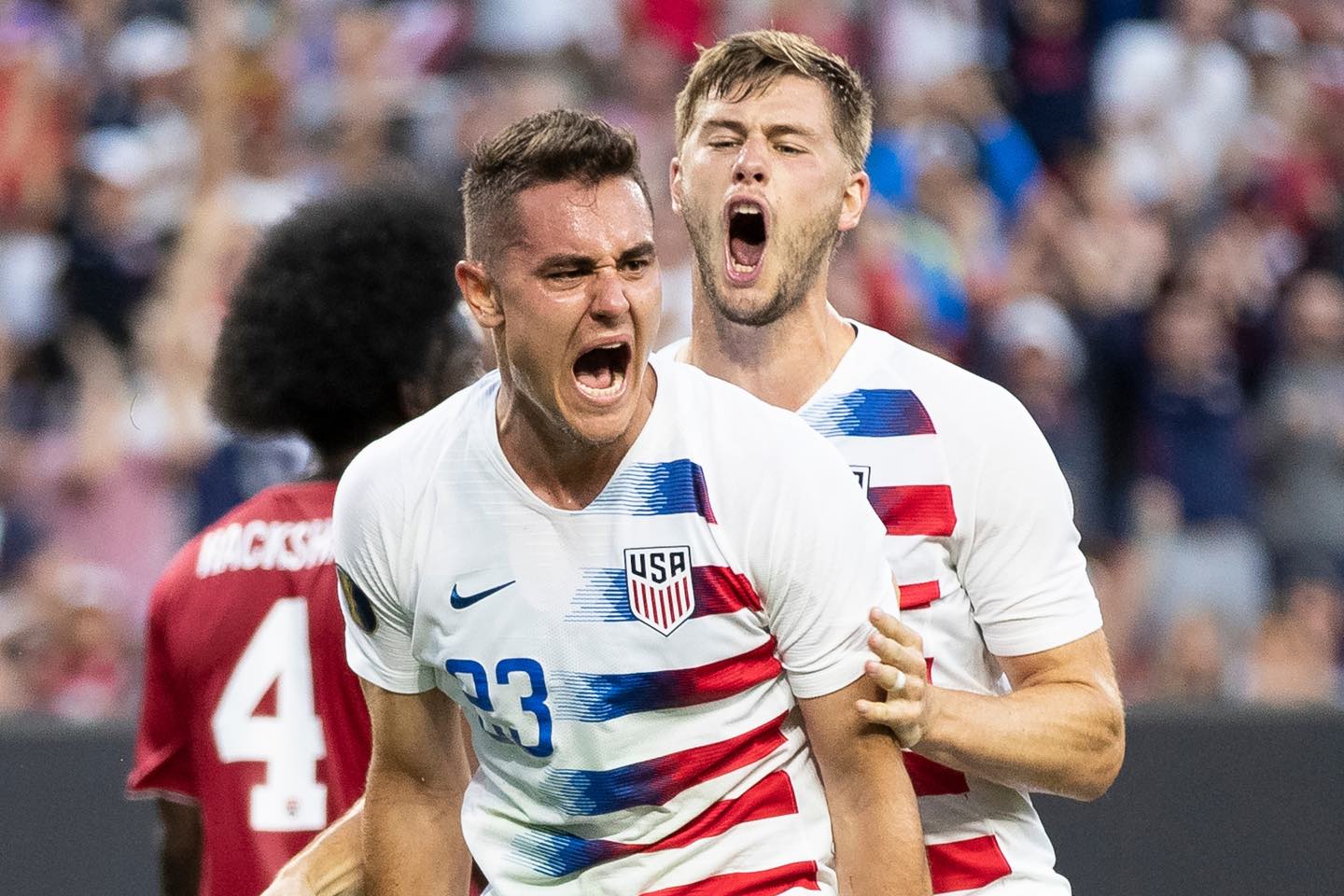 Zimmerman and Long provide an important veteran presence on an exceptionally young USMNT roster. Long, the 2018 MLS Defender of the Year, has become a National Team regular and helped lead the New York Red Bulls to their 11th consecutive postseason appearance this season. He and Zimmerman check in as two of the elder statesmen on a team that features 15 players aged 23 and under.

“The leadership aspect is something that has always come easy to me: communicating well, trying to lead by example and hard work,” Zimmerman said. “Certainly, when you look at a camp like this with so many new faces, it's an opportunity for us to just pass on everything that we've learned and try and put them on a fast track to understanding who we are as a team and what we're trying to accomplish. It’s a lot of side conversations, making sure they understand not only tactics, but also team culture. And it’s being there to support them, make them feel as comfortable as we possibly can.”

Eleven players will get an opportunity to earn their first cap in the USA’s match-up with El Salvador on Dec. 9, including Pineda, a first-year Homegrown signing who immediately established himself as a stalwart on the Chicago Fire back line this season as he led the team in minutes played. 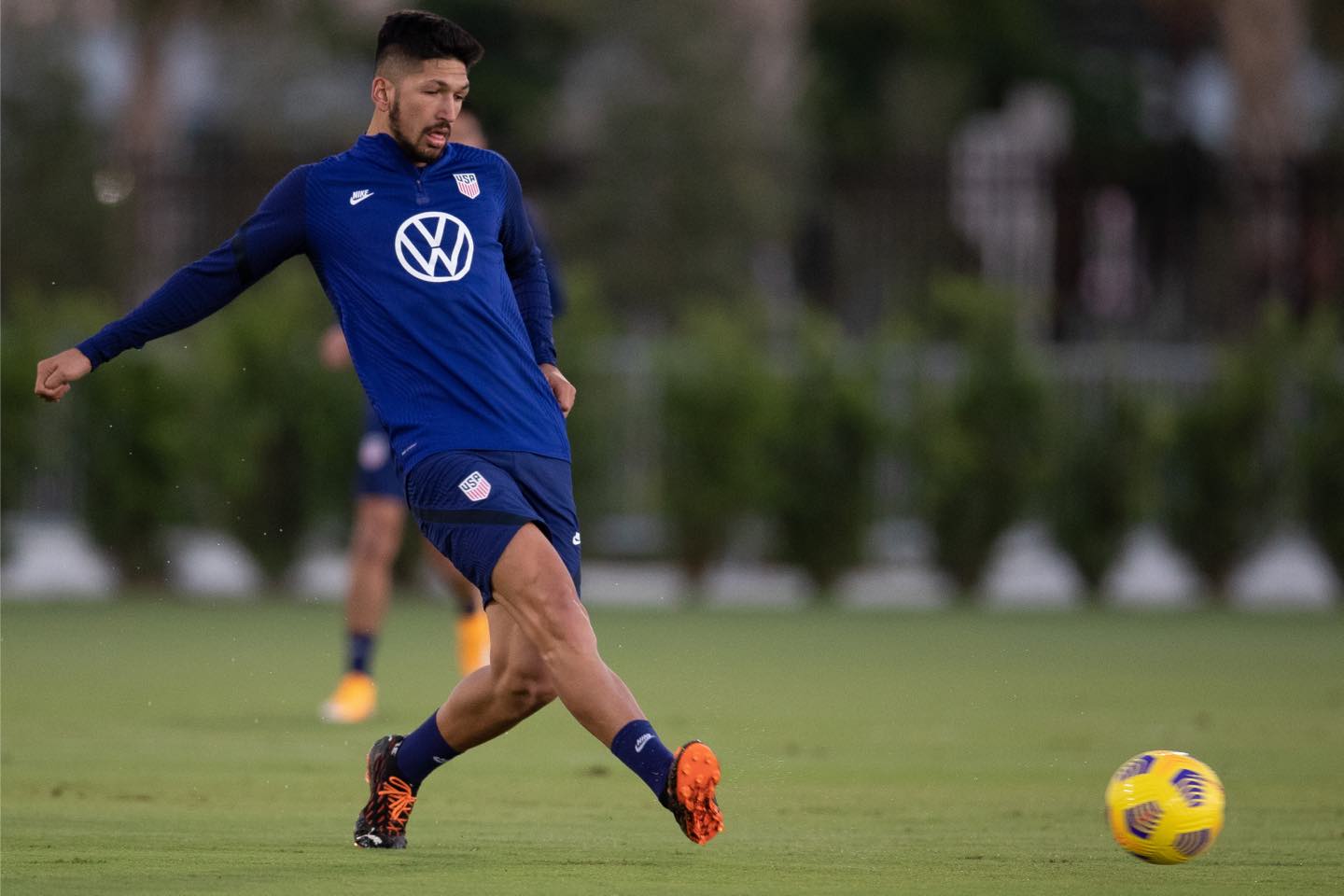 Even at just 21-year-old, McKenzie has emerged as a young leader and serves as part of the USMNT’s Leadership Council for this training camp, alongside Long and Zimmerman. With 10 players in their first USMNT camp, he has helped facilitate the transition for the many new faces into the team’s culture and style of play.

“I really try to help a lot of the new guys, especially younger guys who I've played with on the

U-20s or competed against on different levels,” McKenzie said. “For this to be their first camp, it's a lot of pressure, so helping them through that, filtering what's going on elsewhere and helping them dial into figuring out how does Gregg want to play and how can they add their game to that style as well.”

The MLS-based players took notice of that style of play as they watched the USMNT’s two November friendlies. There, a young and dynamic U.S. team showed commitment to its press to generate scoring opportunities, which led to a six-goal outburst against Panama. For that style to continue, a cohesive and communicative back line serves as an essential piece. 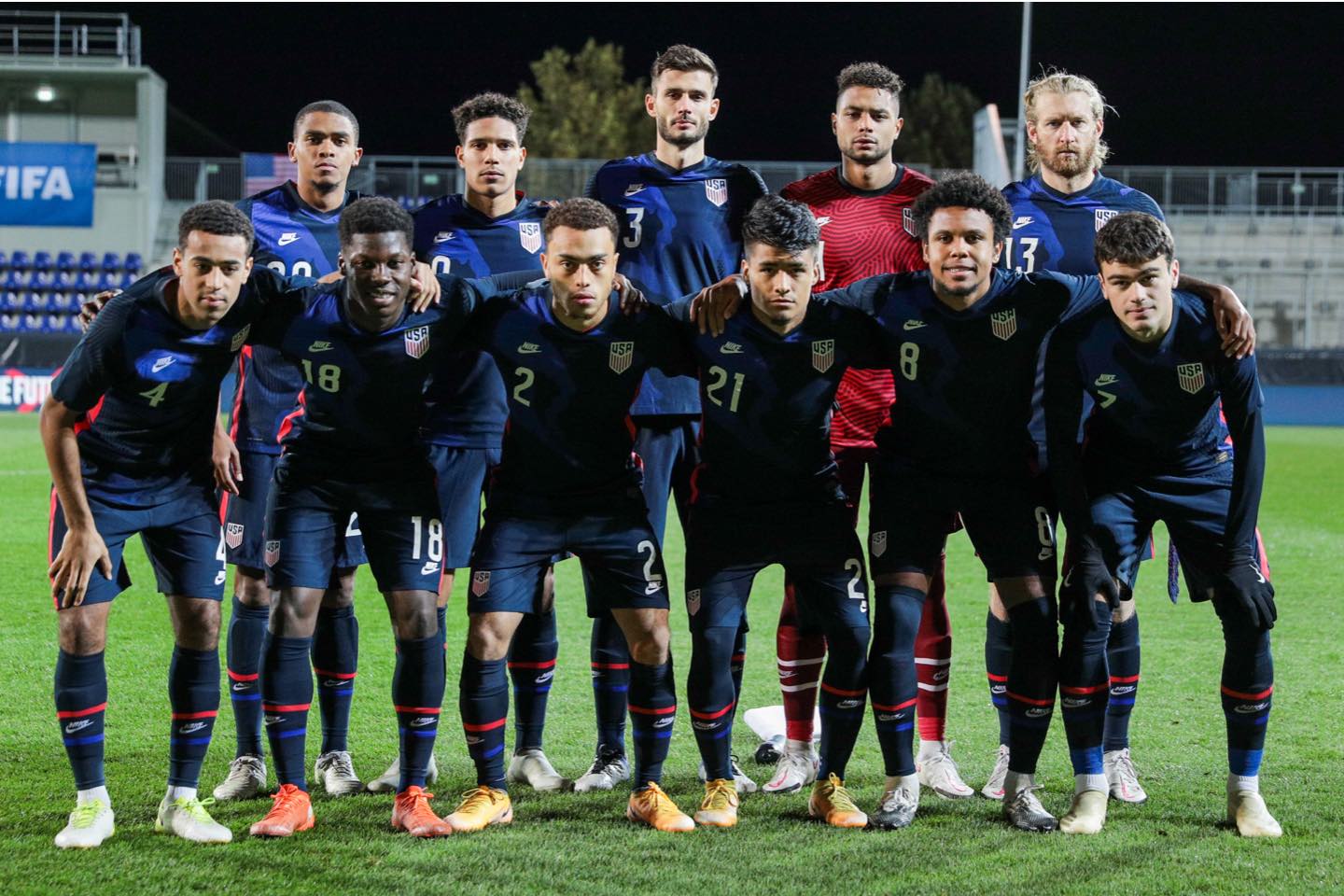 “I was really impressed with the energy and enthusiasm, the athleticism and commitment to pressing in those last games in Europe,” Zimmerman said. “That's a big focus for this camp as well -- high pressing, making sure that we're not sitting in a mid-block as much that we're getting after our opponents to try and create turnovers that lead to scoring chances. From a leadership standpoint, it's quickly trying to get everyone on the same page. When you press like that, it's got to be together and everyone's got to be committed.”

The Men’s National Team will have another chance to test itself on Wednesday against Concacaf foe El Salvador. While the fight for playing time at center back seems like one of the USA’s most competitive position battles, every player who takes the field against Los Cuscatlecos will look to impress the USMNT coaching staff in Ft. Lauderdale. After strong MLS campaigns for this young group of players, there’s one more chance to show out in 2020, this time on the National Team platform.

“The season was really good for me. It's definitely given me a good bit of confidence, but the international stage is a different beast,” McKenzie said. “The mistakes and the margins are that much smaller. You're competing against the best of the best. Any opportunity I get to come up and ultimately compete against these international opponents is something I look forward to and ultimately will dictate how far my game goes.”