Chris Mueller Rises to the Occasion in USMNT Debut

After breakout season with Orlando City SC, the winger registered two goals and an assist against El Salvador on Wednesday
Michael LewisDecember 10 2020
Featured

Some will sign with a European side when they're teenagers.

They and others will play for U.S. Youth National Teams and work their way through the system.

And yet others will become Homegrown players with Major League Soccer teams, become regulars and put in some impressive performances.

He did it the more traditional, American way. The Schaumburg, Ill. native attended the University of Wisconsin, was drafted by Orlando City SC in 2018, and became a vital link to the team's success in his third MLS season. The 24-year-old winger stood out with a superb 2020 campaign and was called into the USMNT for the team’s year-end friendly. 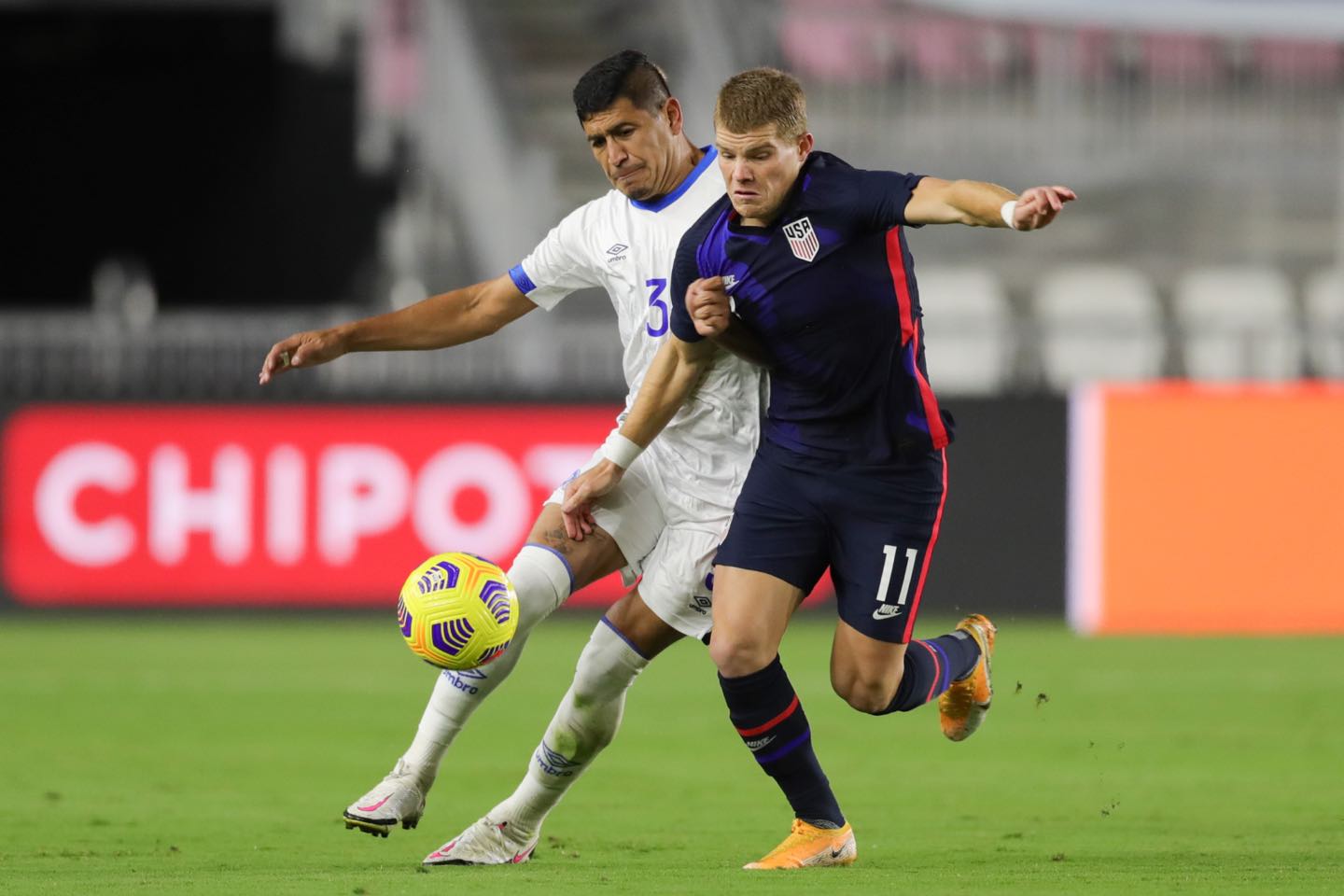 None of it was lost on USMNT head coach Gregg Berhalter, who watched Mueller bag a brace and an assist in his international debut in the 6-0 friendly victory over El Salvador in Fort Lauderdale, Fla. Wednesday night.

"He took a different path than most players are taking nowadays and still got to the same point," Berhalter said. "That's the great thing about soccer and a great thing about the work that Chris has put in. He's definitely helped himself this week."

When he got word he was invited to camp, Mueller realized he was given a chance of a lifetime, although he admitted he was "a little bit nervous."

"I had those butterflies you usually get before any other match," he said. "I'd never been in a [national team] camp growing up and this was my first one. So, being in a camp this whole this whole week I've definitely just been trying to make the most of it, trying to learn as much as I can."

The 24-year-old Mueller admitted that he might have some trepidation in his first few training sessions before Berhalter had a talk with him.

He credited the manager with pushing him in the right direction.

"There's a lot of things that are running through your head and he took me aside and told me to calm down a little bit and said, 'Hey, you had a great year. You're here for a reason because you've earned it. You've worked really hard and just be yourself out there, be who you've been all year. Don't try and be something else and try and change a bunch of things. Just continue to be yourself and be, Chris Mueller,’“ the winger said. “That is what I tried to do and show today."

He showed who he was as he did his damage during a five-minute span in the opening half.

With the Red, White and Blue nursing a 1-0 lead, Mueller took center stage. He scored his first international goal in the 20th minute, calmly slotting home a Jackson Yueill feed from 14 yards out. 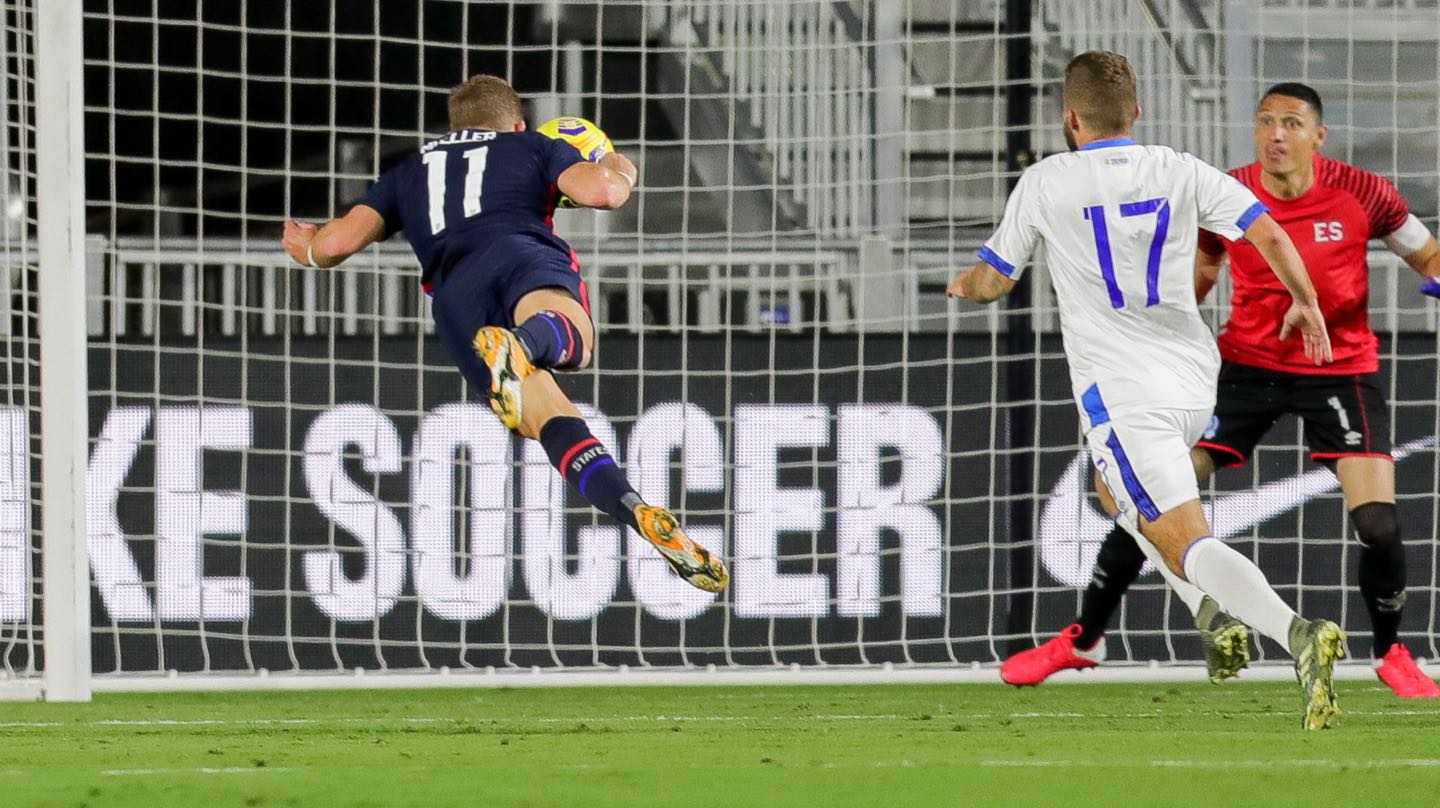 After Sebastian Lletget tallied three minutes later, Mueller struck again in the 25th minute, showing tremendous pose with a diving header at the back post to put home Julian Araujo's cross from the right.

With the brace, Mueller became just the sixth player in USMNT history to score multiple goals in their debut. Wednesday night's display followed the effort of Sebastian Soto who achieved the same feat in last month's 6-2 win against Panama.

"Chris gave us exactly what we wanted from him," said Berhalter, adding that Mueller had "that energy, that relentlessness. You see good things happen when you play like that. I was really pleased with Chris."

Wednesday night was an emotional one.

"Scoring the goals felt great to help the team and to see us win and the way we did when we dominated," Mueller said. "It was fantastic. At the end [I was] thinking about my family. My dad and my fiancé were in the stands. So great to have them there and thinking of my mom and my stepdad who supported me my whole life and have done everything for me. I know that they're so proud to see what how far I've come into to make my debut for my country and represent these colors is something that I do not take for granted."

Drafted out of the University of Wisconsin by Orlando as the sixth overall pick of the 2018 MLS SuperDraft, the Schaumburg, Ill. native had two decent seasons with a struggling Orlando City side, but not enough to turn many heads. Under new coach Oscar Pareja, Mueller blossomed in 2020, scoring 10 goals and assisting on seven. 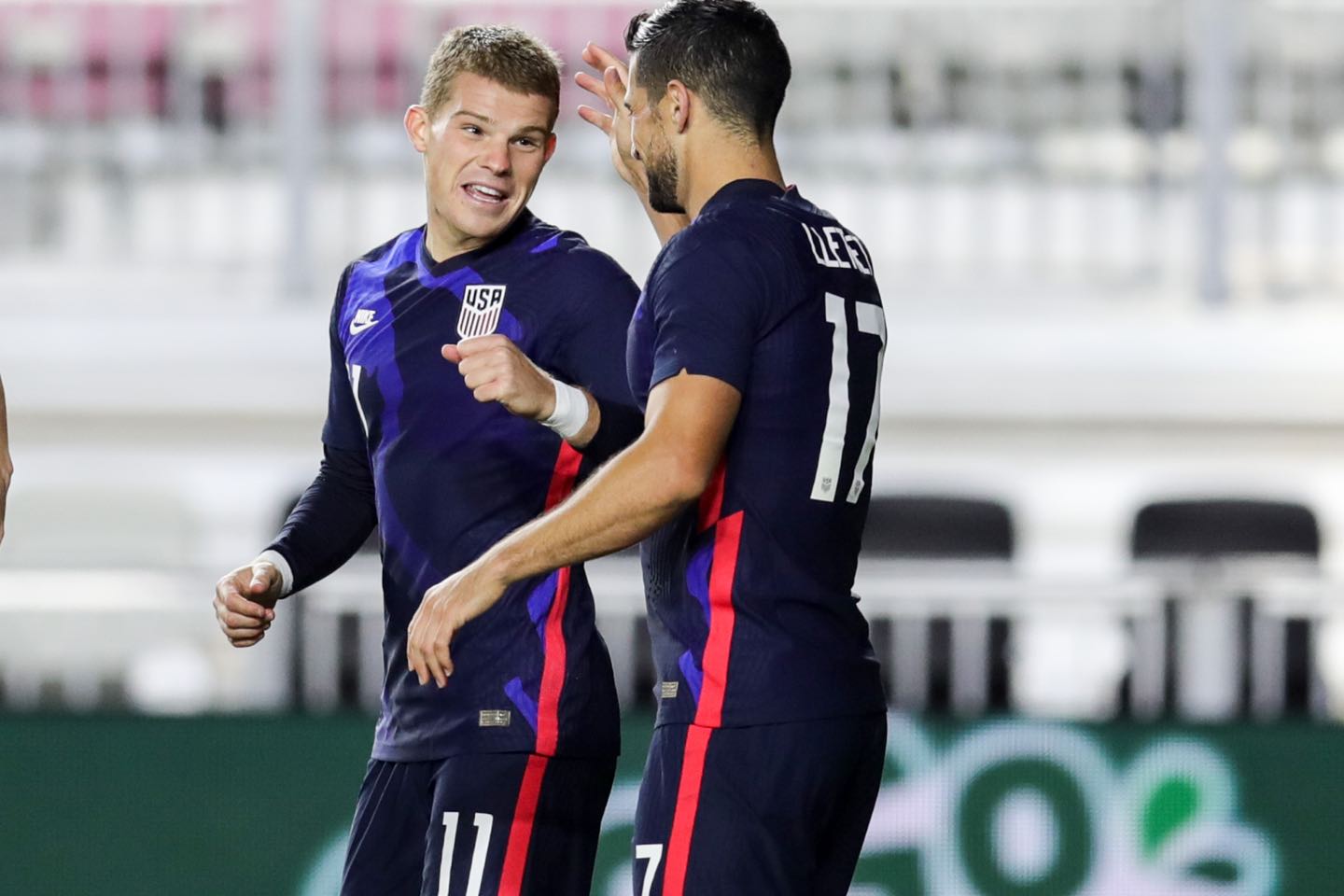 His learning curve under the Colombian manager was drastic as he began to see the game in a different way.

"I learned more about the game of actually playing football in terms of it being a chess match than I ever had in my life in this past year," he said. "I'm thinking about things differently. When I watch the game, I'm looking at different things. It's just exciting to see how much I've learned in this year especially under Oscar. I've got to tip my hat to the guy. He's done so much for me and in my development and as well as Gregg bringing me and giving me this opportunity and working with me and being patient. I'm just grateful to be here and I just want to continue to learn. That's my goal."

Two goals and an assist don't make a career, but it certainly was a step in the right direction. 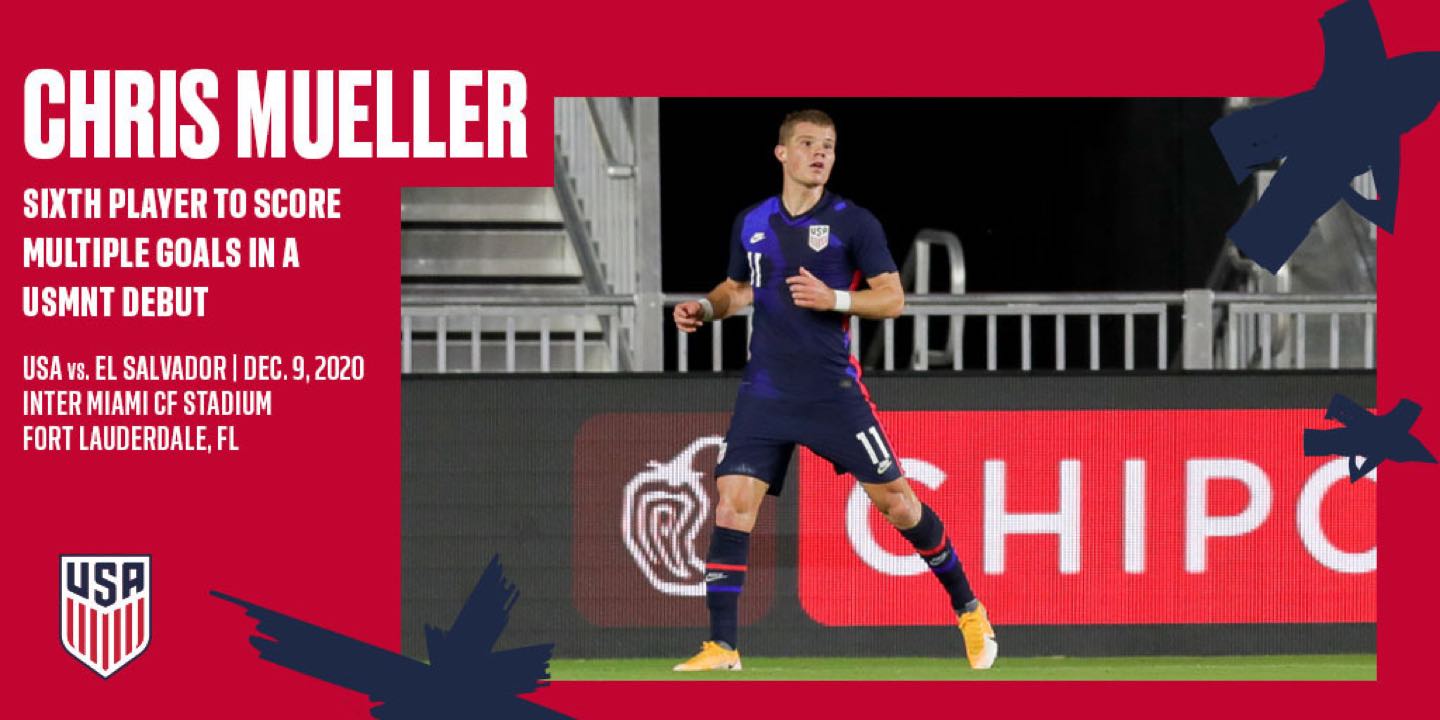 Mueller has refused to rest on his laurels. Given what several USMNT players are accomplishing in Europe, securing a regular roster spot on the team will be a challenge. The day before the friendly against El Salvador, the team watched from the meal room as Weston McKennie and Juventus faced Sergiño Dest and Barcelona in the Champions League. McKennie of course scored a highlight reel goal for Juventus in the 3-0 win.

"It's an amazing thing that you can sit down and watch two of the biggest clubs in the world and see two American players not only playing that game but both Weston and Sergiño played really outstanding games, maybe some of the best players on the pitch," he said. "It's great to have that competition. As far as me trying to break in, I'm not going to do anything different. I'm going to just continue to try and learn and take things day by day. This is a process. It's just patience and continuing to work. It's my first step. I played one game and we got a good win and. Let's just keep moving. Let's keep seeing what happens."