MAPFRE STADIUM: One of the most important venues in U.S. Soccer History

Ahead of Saturday’s MLS Cup Final, a look back at some of our most important moments in Columbus
Michael LewisDecember 11 2020
Featured

MAPFRE Stadium has been home to some of the most memorable moments in U.S. Soccer history. The first soccer-specific stadium in Major League Soccer will get a proper spotlight on Saturday when Columbus Crew SC hosts Seattle Sounders FC in the 25th MLS Cup. (8:30 p.m. ET; FOX, UniMás, TUDN).

Next year Crew SC will move into a new home in downtown Columbus, though MAPFRE Stadium will still be used in the early prat of the season.

Originally known as Columbus Crew Stadium, the venue is arguably the most important stadium in U.S. Soccer history. Here’s a look at some of our biggest moments since the ground opened in 1999.

The odds of a team defeating its archrival by the same 2-0 score at the same stadium four consecutive times during World Cup qualifying must be astronomical.

The first match on a shivering 28-degree night on Feb. 28, 2001 has become an important part of USMNT lore. With Claudio Reyna and Brian McBride suffering first-half injuries, a younger generation of players, led by Josh Wolff put their best feet forward. Wolff scored one goal and set up another by Earnie Stewart as the USMNT beat El Tri for only the third time in World Cup qualifying, before a hearty standing room only crowd of 24,430.

The next three matches had similar results.

Steve Ralston and DaMarcus Beasley celebrated second-half goals in a Sept. 3, 2005 win and a spot in the 2006 World Cup before a 24,685, the largest crowd to watch a U.S. National Team at the stadium. 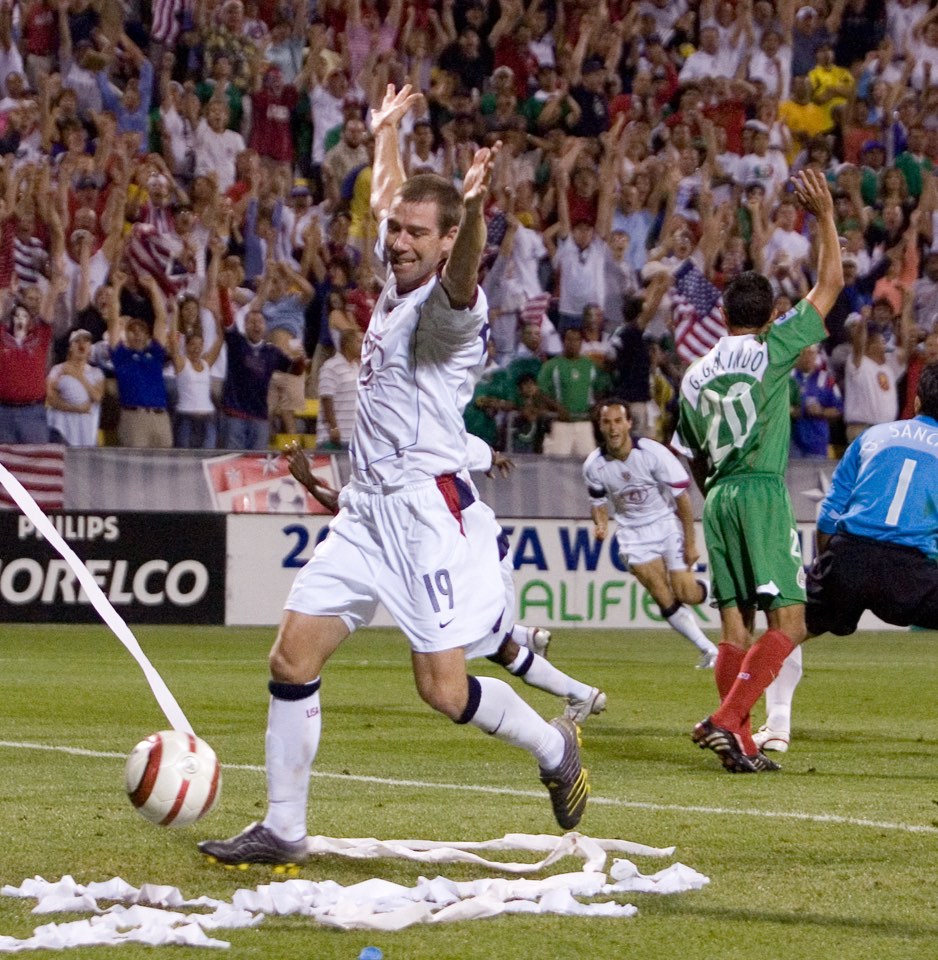 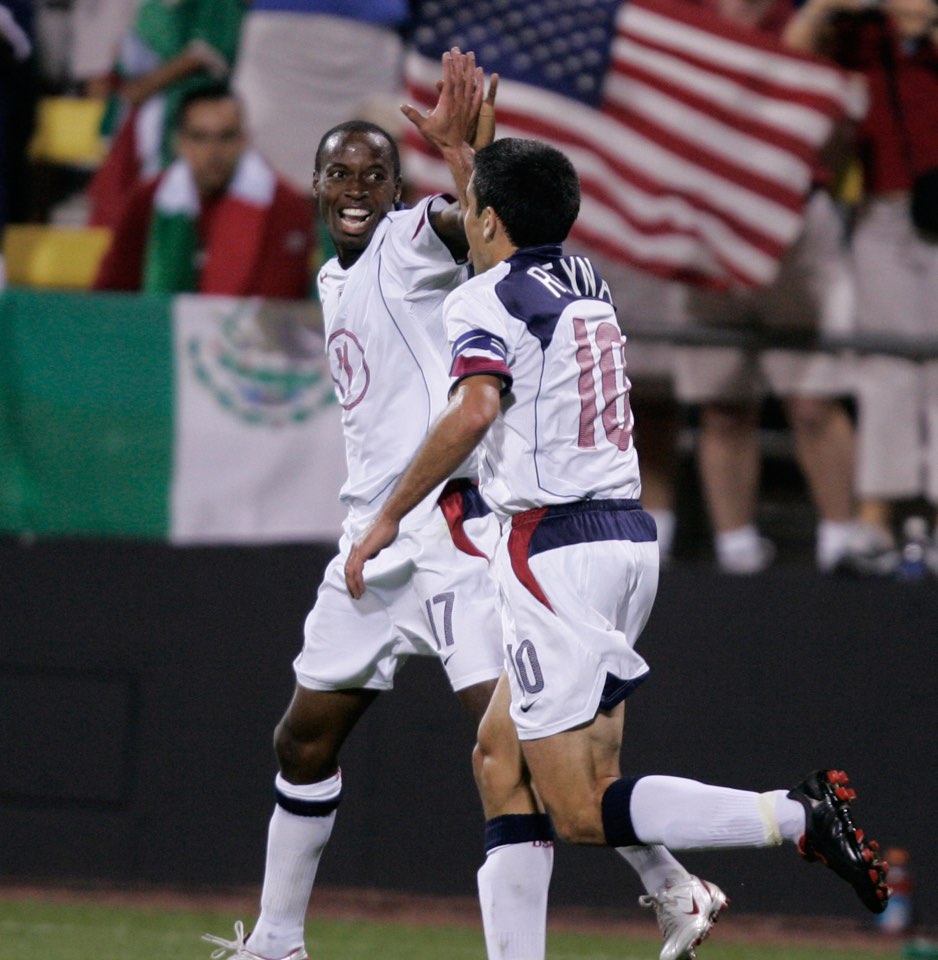 The USA became the first Concacaf team to book a spot in the WC for the first time since 1934, when it defeated Mexico, 4-2, for the lone spot in the region.

Michael Bradley made his father, then USMNT head coach Bob Bradley, proud with two goals in another victory on Feb. 11, 2009.

Four years later, the result was the same, although the heroes changed. This time, Landon Donovan and Eddie Johnson scored as the Americans clinched another World Cup berth, this time for Brazil 2014. 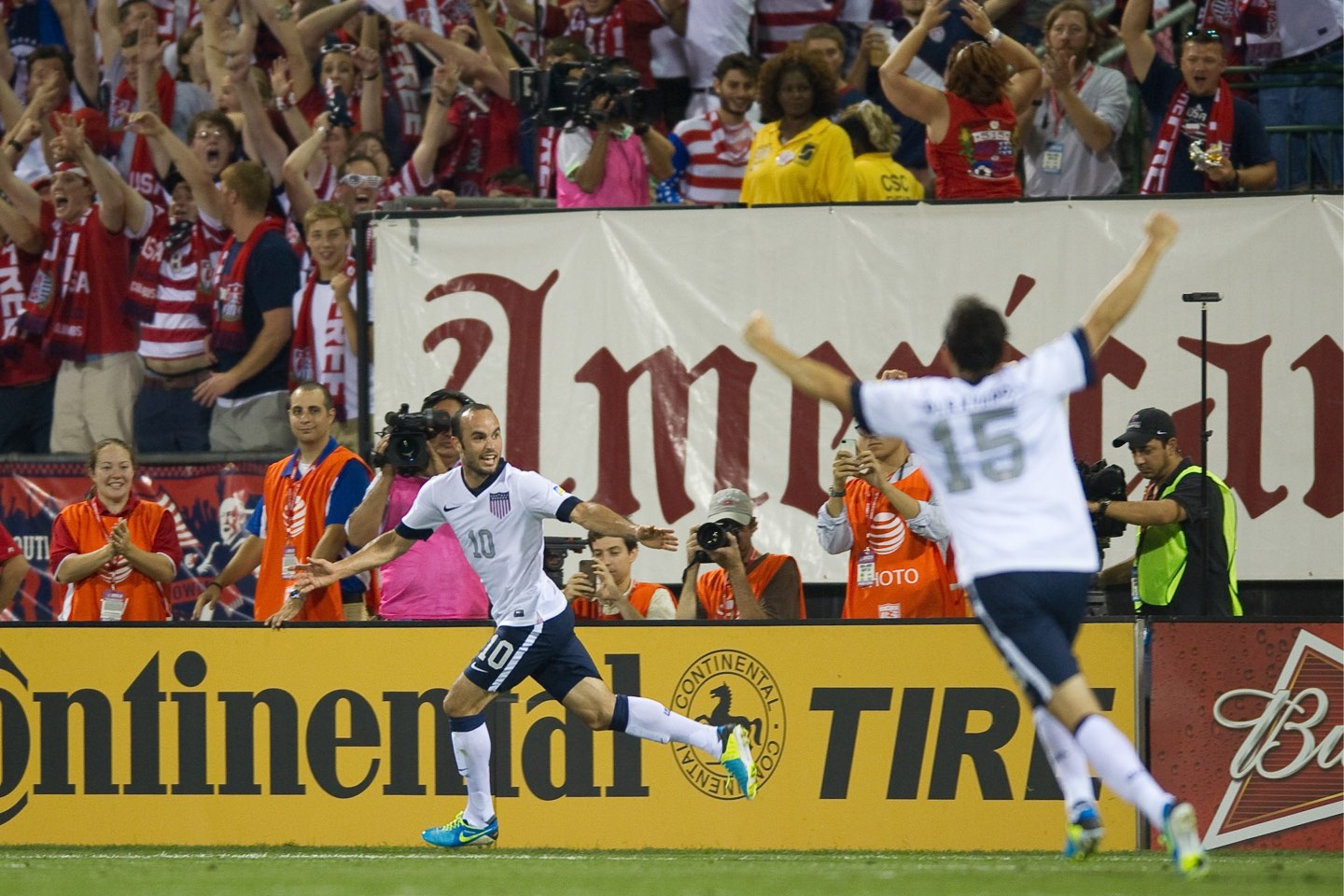 The Americans made their stadium debut in a scoreless draw with Costa Rica on Oct. 11, 2000, before 24,430 fans. That started a string of five successive clean sheets (three in WCQ), culminating in a 3-0 win over Grenada on June 13, 2004. The USA dominated the match, outshooting the visitors, 34-6, while accumulating 17 corner kicks to Grenada’s one. DaMarcus Beasley scored twice, but the USMNT did not breathe easy until three minutes into stoppage time in the aggregate goal series as Greg Vanney powered home a 20-yard shot. (The USA won in Grenada, 3-2).

After a 1-1 friendly draw with Jamaica on Nov. 17, 2004, the team rolled off five consecutive shutouts at the stadium, including a 1-0 WCQ win over the Reggae Boyz on Sept. 11, 2012 (on Herculez Gomez's goal) and a 4-0 victory past Guatemala on March 29, 2016. In the latter match, Geoff Cameron scored one goal and assisted on another and Clint Dempsey, Graham Zusi and Jozy Altidore also tallied.

Christian Pulisic made his USMNT debut in that Guatemala match, becoming the youngest American (17 years, 193 days) to play in a qualifier, when he replaced Zusi in the 81st minute.

In the 2012 and 2016 matches, the venue proved a comforting spot for the team to return to after the USMNT lost to both opponents on the road just days before. Both results ultimately pushed the team towards advancement to the final round of qualifying.

The USWNT’s most important win at MAPFRE came in the Women’s World Cup on Sept. 28, 2003. Center back Cat Whitehill (then known as Reddick), a senior at the University of North Carolina, was the star. She scored twice within a 16-minute span in the second half and helped goalkeeper Briana Scurry register a clean sheet in a 3-0 victory over North Korea in the final match of the group stage.

The USWNT also produced some historic results in several friendlies. A double hat-trick by Mia Hamm and Abby Wambach headlined an 8-2 win over Scotland on Sept. 8, 2002. In her final international match Heather O'Reilly wore the captain's armband and scored in a 9-0 victory over Thailand on Sept. 2016. Carli Lloyd collected a hat-trick and Alex Morgan bagged a brace. Christen Press, Tobin Heath and Crystal Dunn also scored.

The team's most recent result, a 3-2 win over Sweden on Nov. 7, 2019, also was notable for the USWNT coaching debut of Vlatko Andonovski. Lloyd tallied twice and Press added a goal before the Swedes struck for two late scores. 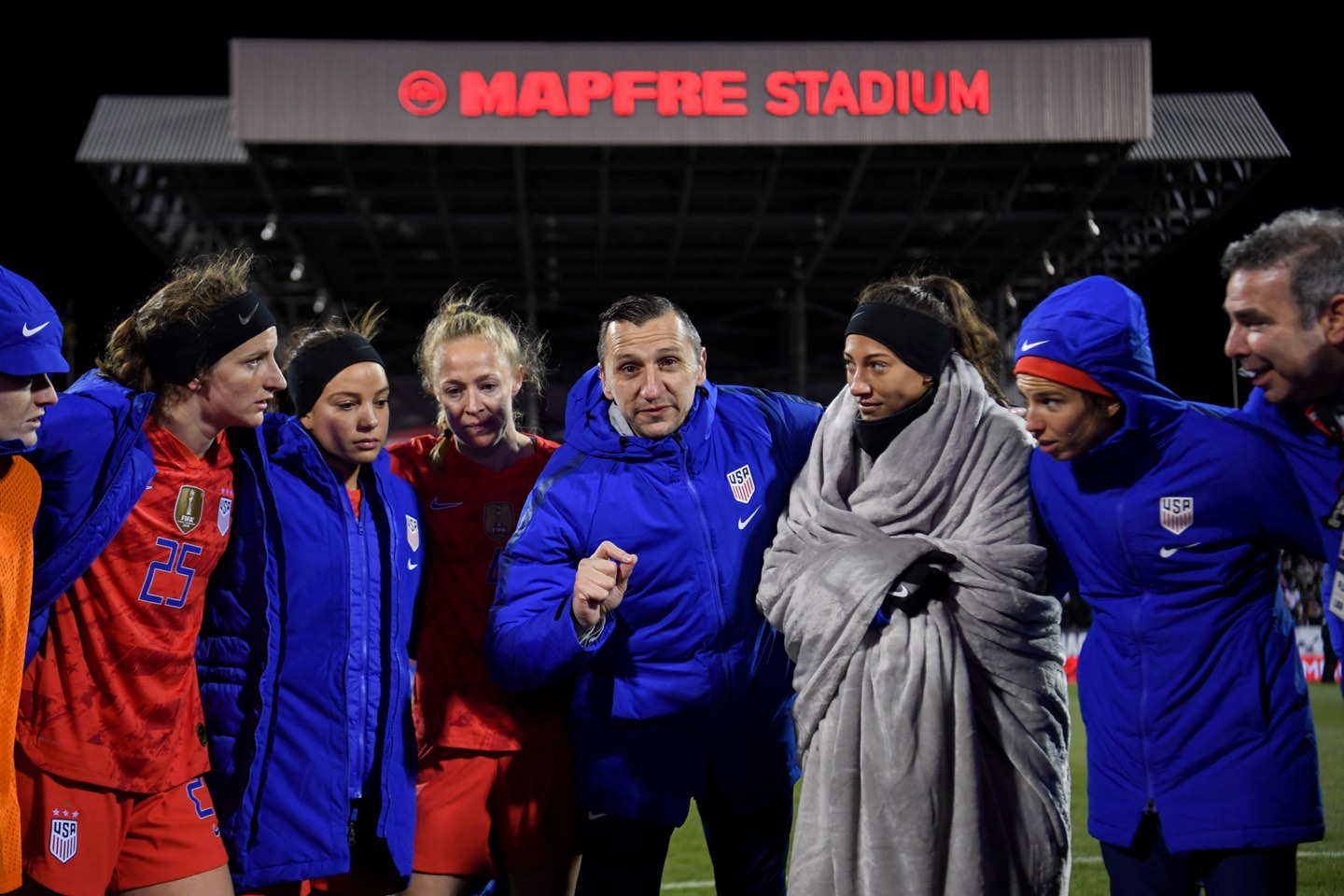 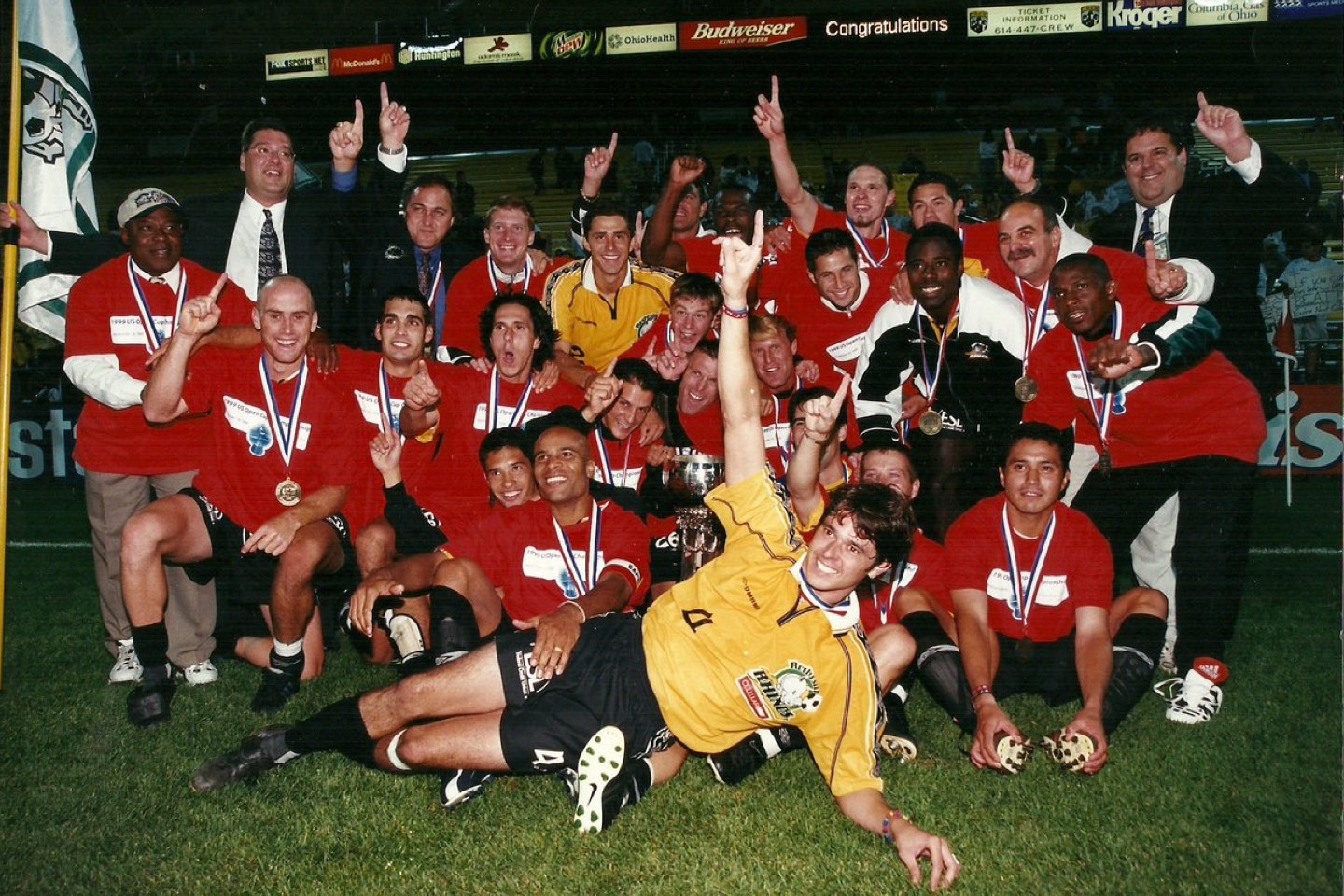 Only months after its opening, the stadium hosted the 1999 U.S. Open Cup Final between the Rochester Raging Rhinos and Colorado Rapids on Sept. 14, 1999.

Second-half substitutes, game MVP Doug Miller (goal) and Michael Kirmse (two assists), sparked the A-League side in a stunning 2-0 triumph. Yari Allnutt added a 90-minute insurance goal. The result has grown in historical significance as MLS teams have prevailed in every final since.

Open Cup glory also includes the host side, Crew SC, which hoisted the trophy after besting the LA Galaxy, 1-0, thanks to a Freddy Garcia goal in the 30th minute on Oct. 24, 2002.

Hosting their third MLS Cup Final, Crew SC will try to duplicate that feat one more time against Seattle on Saturday.