The day before joining this month’s training camp with the U-23 U.S. Men’s National Team, Orlando City SC midfielder Andrés Perea was asked to jump on a video call with U.S. Soccer Communications Staff.

Back in Colombia with his family, he signed on expecting to do a short interview. To his surprise, a special guest appeared on the screen: Gregg Berhalter. Born to Colombian parents in Tampa, Fla., Perea moved to the South American nation with his family at age five. Rising through the youth ranks with Atlético Nacional, he went on to represent Los Cafeteros at the FIFA U-17 World Cup in 2017 and U-20 World Cup two years later before joining Orlando City on loan last season.

Impressing during his first MLS campaign, the fact that Perea held a U.S. passport piqued the interest of Berhalter and U-23 USMNT head coach Jason Kreis. When the club’s postseason run ended, the opportunity arose for Perea to join the USMNT’s December camp in Fort Lauderdale ahead of a friendly against El Salvador. 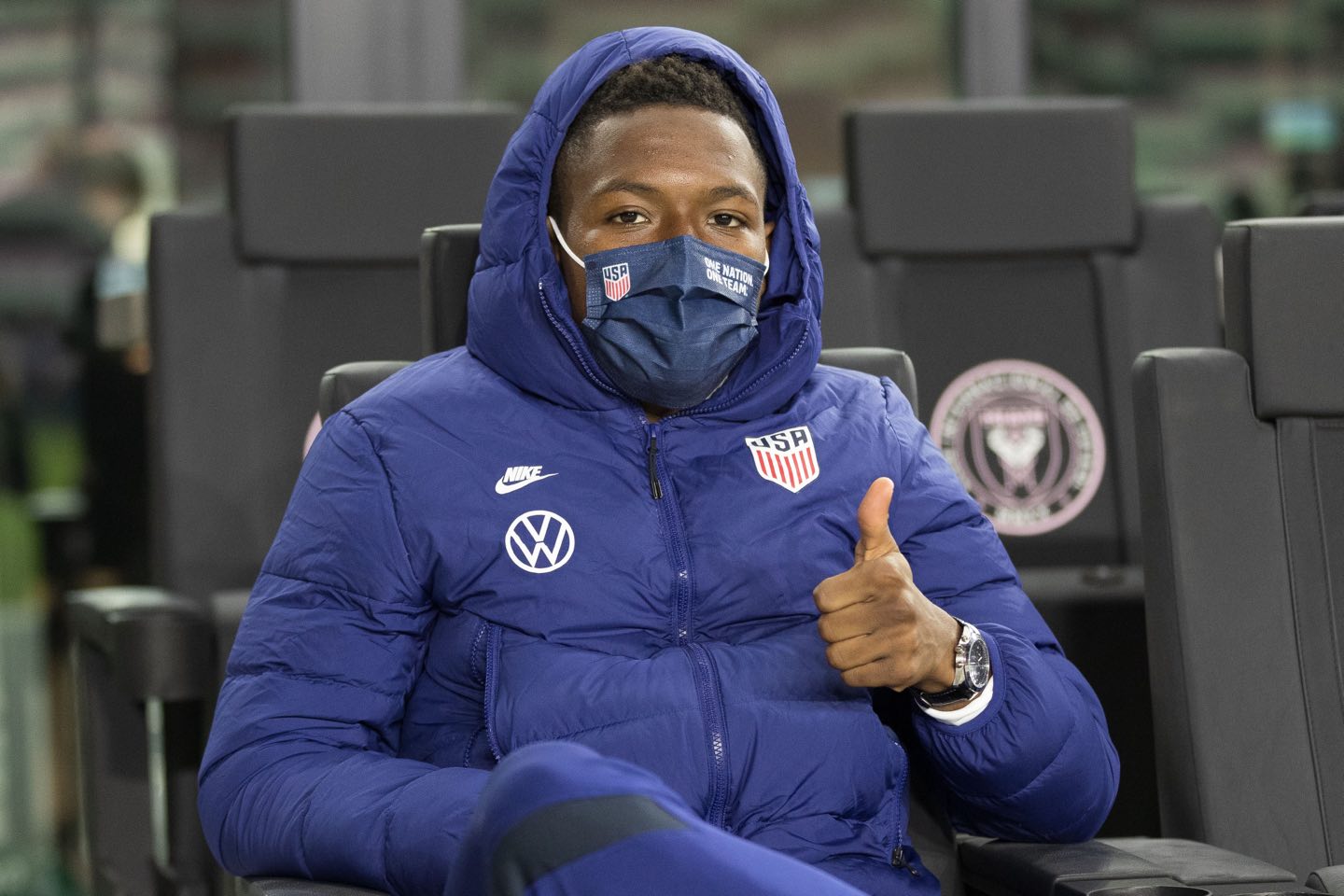 Because he played for Colombia in official competition, Perea was not able to take part in the USA’s 6-0 win against El Salvador, but enough of an impression had been made by him to the team and vice versa.

“Working with you, I see you have a real, big potential,” Berhalter told him during the call. “Your attitude and commitment to the game is fantastic.”

“I was very happy during the camp,” Perea told ussoccer.com. “I saw the opportunities I had and that this team is growing.”

“It was a very important decision for me. Colombia is my country as well, but it’s an honor for me to represent the United States as I did Colombia in the past.” “I’m young and I still have a lot to learn,” he continued. “It’s an opportunity that a lot of players dream of and I can’t let this chance go by. From now on, I will continue to give everything for this jersey, for this country and I’ll be very happy because there are better things to come.”

A tenacious defensive midfielder, the 20-year-old is firmly in the plans for Kreis and the U-23 USMNT side that will attempt to reach the 2021 Summer Olympics during the Concacaf Olympic Qualifying Championship to be held during March in Mexico.

While he’s now part of the program’s domestic player pool, Perea also said that the swelling young pool of U.S. talent currently making waves across Europe helped him make his decision to switch and provides a drive to achieve more. “Seeing such a young generation motivates me. It’s a generation that is playing well in Europe, and that motivates you knowing that you can be part of this process. It influences you a lot because they’re young players who have a lot of aspirations. I’ll continue to work, I’ll continue as I’ve been doing and hopefully go to Europe, which is every player’s dream.”

Part of the U-23 group training side-by-side with the USMNT this month, Perea and his teammates are using the current camp to prepare for March’s qualifying tournament while also making their case in front of Berhalter and the USMNT staff.

With only 12 senior players in the current camp, players in the U-23 group are looking to stake their claim on the roster for the USMNT’s still-to-be-announced friendly at the end of the month and the first opportunity for him to represent the country of his birth. 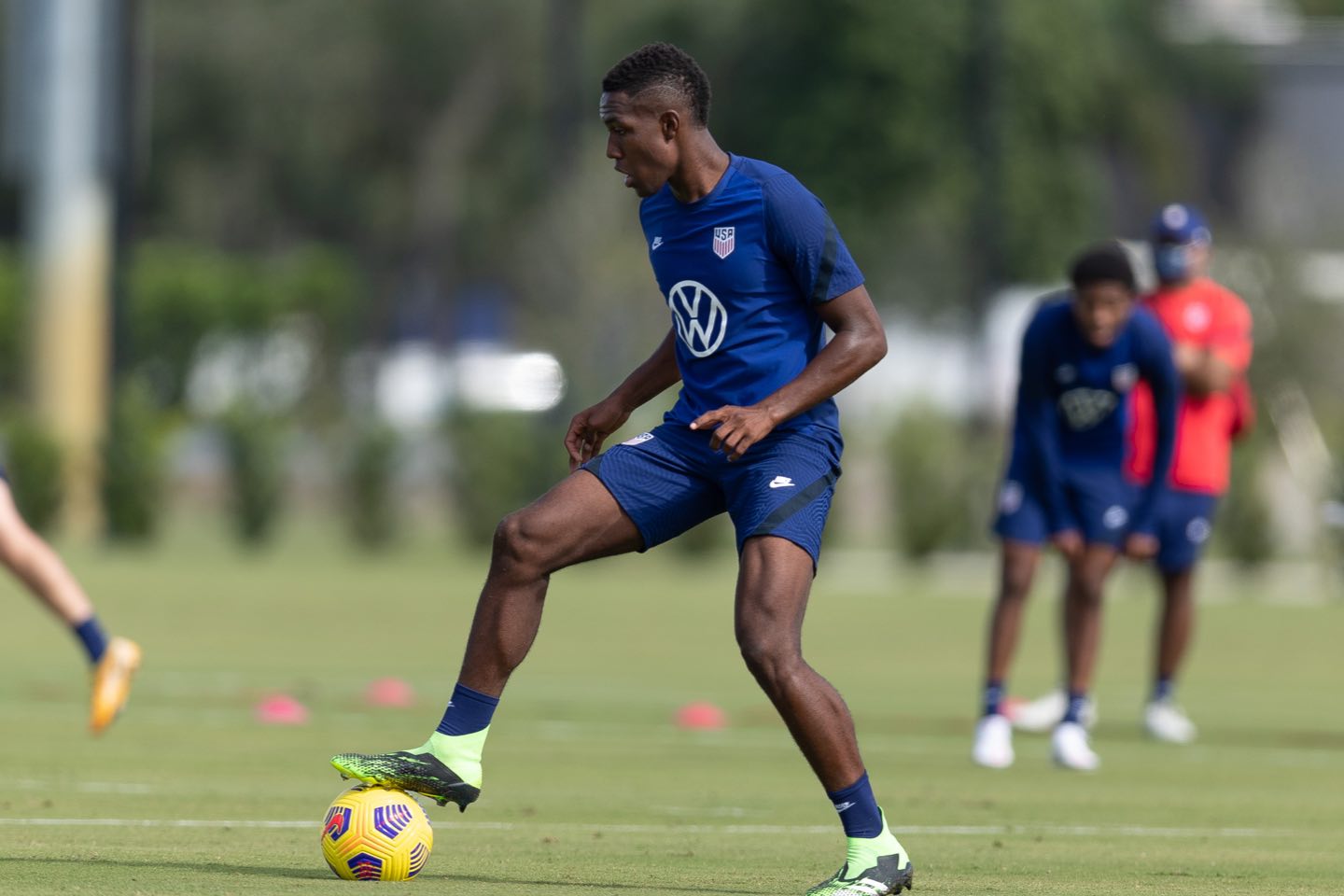 “It makes me very happy to think about the chance to play for the United States. For me it’s something beautiful to see that all this work is giving results and now that I have the opportunity to compete internationally, I think it motivates me even more. I’m so close to achieving what I dreamt of in the past.

“I’ll continue to do what I’ve been doing, which is working well, and wait for the opportunity and be prepared when the moment comes.”