Big wins vs. Mexico at home and on the road.

A rare victory in Costa Rica.

And a memorable hat-trick, which included an 11th-hour goal.

Since the Concacaf Men’s Olympic Qualifying Championship began in 1960, the United States has enjoyed some magical and memorable moments while vying for the Summer Games.

In chronological order, here are 10 memorable matches (the Olympic year is in parentheses):

The U.S. needed to defeat El Salvador at a neutral site - “The Office” in Kingston, Jamaica - in 105-degree heat on Sept. 18, 1971, to advance to the final round. Goalkeeper Shep Messing found himself front and center during penalty kicks after the teams played to a 1-1 draw. The shootout was knotted up at 3-3. Messing demonstrated a unique way to deny El Salvador's Mario Castro. He took his shirt off and spun it around his head as he charged at the El Salvadoran. After the referee awarded Messing a yellow card, he put his shirt on and returned to the net. Castro hit his attempt 20 yards over the crossbar. The USA won the tie-breaker, 6-5. Al Trost scored the lone goal in regulation.

Fans at Busch Stadium shouted "Munich!" as the USA clinched its first Olympic berth since 1956 with a victory against Jamaica. Only four days after recording a 2-2 draw with Mexico (Mike Seerey had both goals) in San Francisco, the U.S. broke its 16-year drought in the second game of a doubleheader in St. Louis. Hometown hero John Carenza assisted on Manny Hernandez's goal in the 22nd minute and scored the game-winner in the 36th on a Seerey assist. Jamaica’s Leonard Mason put one past goalkeeper Mike Ivanow in the 52nd minute.

To truly appreciate this accomplishment, go in with the knowledge that the senior U.S. Men's National Team has never won in Costa Rica (0-10-1). The Americans escaped with a 1-0 victory on a late penalty kick by Don Ebert as keeper Paul Coffee registered the clean sheet at the old National Stadium in San Jose on March 20, 1980. After the final whistle, game officials and the USA could not leave the field because of projectiles thrown onto the field, former U.S. player Ty Keough told ussoccer.com. While in the locker room, the players heard the crowd throwing rocks and bricks onto the roof. Five days later, the USA booked a spot in Moscow with a 1-1 draw vs. the Costa Ricans in Edwardsville, Ill. as Ebert scored the hosts' lone goal. Unfortunately, the USA never played in Russia due to the Olympic boycott.

After dropping a 2-0 result in the first game of an aggregate-goals series in St. John, Canada on May 23, 1987, the USA needed to win by three goals in the return leg on May 30 at the St. Louis Soccer Park to reach the next round. Before 5,255 in Fenton, Mo., the Americans hit the mark. David Vanole, who played the full 90 minutes in six qualifiers, recorded the shutout. The late Chico Borja started the first scoring sequence in the 32nd minute with a throw-in to Paul Krumpe, who struck the first of his two goals via a looping shot into the upper corner. Krumpe converted a left-wing cross in the 54th minute. He also cleared the ball off the goal line before Jim Gabarra buried an Eric Eichmann left-wing feed in the 74th.

Hugo Perez scored a goal in each half against the country of his birth in San Salvador on Oct. 18, 1987. The USA made fast work of the host as Brent Goulet scored in the fourth minute and Frank Klopas doubled the lead five minutes later. Perez's 19th-minute free kick made it 3-0. After El Salvador pulled one back, Perez scored off an Eric Eichmann cross in the 65th minute before the hosts closed out the scoring seven minutes later. This contest in the three-team Group A essentially clinched a berth for the USA in South Korea, although the team would have to wait seven months for it to become official. Players expected the May 25, 1988 rematch in Indianapolis to be the clincher, but the USA advanced when El Salvador lost to Trinidad & Tobago, 1-0, 10 days earlier. 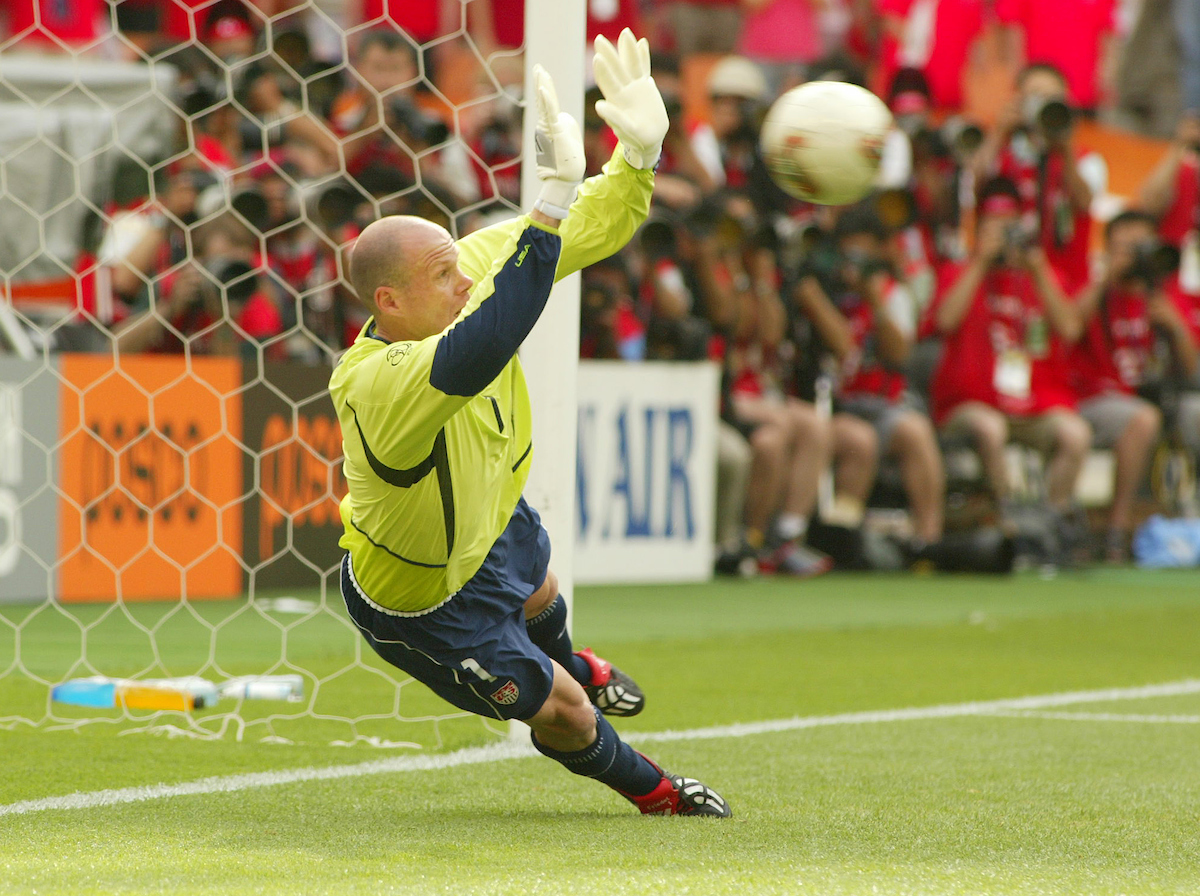 The qualifying run to Barcelona 1992 produced three stunning results. The first one came in Mexico City as the Americans secured their first major international win there in front of a crowd of 41,000 at Azulgrana Stadium. After spotting the Mexicans a 1-0 lead on Pedro Pineda's 55th-minute penalty kick, the USA turned the game on its end during a 12-minute span. Goalkeeper Brad Friedel started the first scoring sequence, booting a long ball to Dante Washington, who flicked it to Chris Henderson. Henderson drilled a 22-yard shot to equalize in the 62nd minute. Mike Lapper headed in a Claudio Reyna free kick for the game-winner in the 74th minute.

American players have recorded hat-tricks throughout Olympic qualifying, but none was more important or dramatic than Steve Snow's at St. Louis Soccer Park before 5,612 in Fenton, Mo. on April 5, 1992.  The Hondurans struck first behind Jose Luis Aguirre (11th and 18th minutes). Snow knotted it up at 2-2 with two goals (22nd and 29th minutes) before Yari Allnutt gave the hosts a 3-2 edge in the 65th minute. Marco Ortega tied it at 3-3 in the 82nd. Late in the game, Friedel again started the scoring sequence with a long punt to Cam Rast, who flicked the ball to Snow. Snow half-volleyed the ball home to snap a 3-3 deadlock in the 89th minute.

Before “dos a cero” defined World Cup qualifying matches between these two rivals on American soil, the USA pulled off a stunning tres a cero result to clinch an Olympic berth with a 4-0 record in the first four games of the six-game qualifying competition. Snow continued to find the back of the net with a goal in each half (31st and 80th minutes), sandwiched around a 36th-minute Chris Henderson score in front of 13,927 spectators at Goodman Stadium on the Lehigh University campus in Bethlehem, Pa. on April 26, 1992. Mexico played the final 13 minutes a man down after goalkeeper Miguel Fuentes was red carded for pulling down Cobi Jones on the edge of the penalty area. Friedel registered his third shutout, backstopping all 10 qualifiers. Future National Soccer Hall of Famers Alexi Lalas, Joe-Max Moore, Reyna, Jones and Friedel played in this historic encounter. 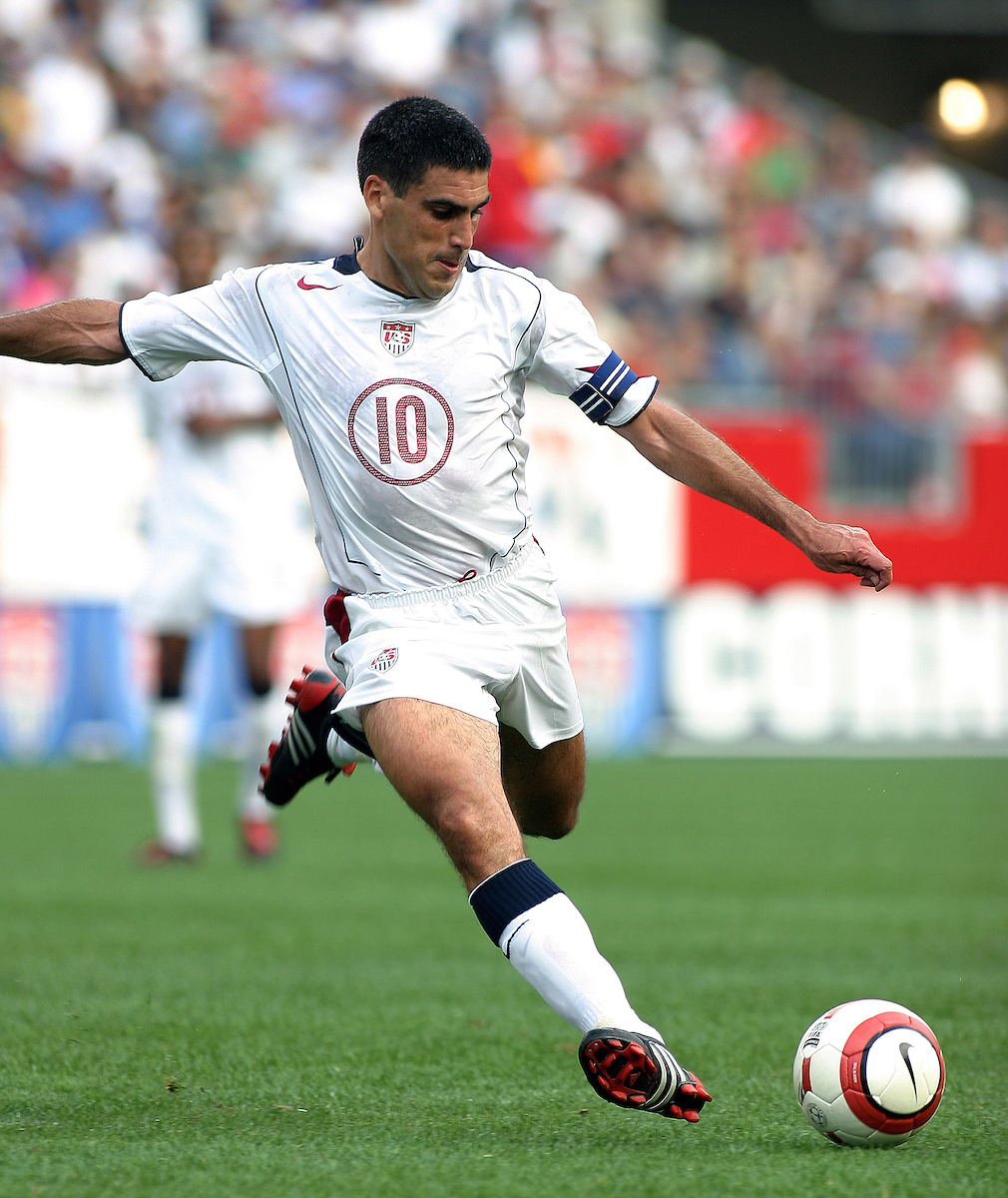 Months after leading the USA to a fourth-place finish at the 1999 FIFA Under -17 World Cup, 18-year-old Landon Donovan made his highly anticipated U-23 debut with two goals in a 4-0 semifinal win over Honduras in Hershey, Pa. on April 28, 2000, which booked a spot to Sydney 2000. John O'Brien got things started with a goal just 52 seconds after kickoff off via a Chris Albright assist before 12,299 at Hershey Park Stadium. Josh Wolff added another seven minutes later before Donovan took center stage with tallies in 22nd and 90th minutes. Adin Brown earned the shutout. 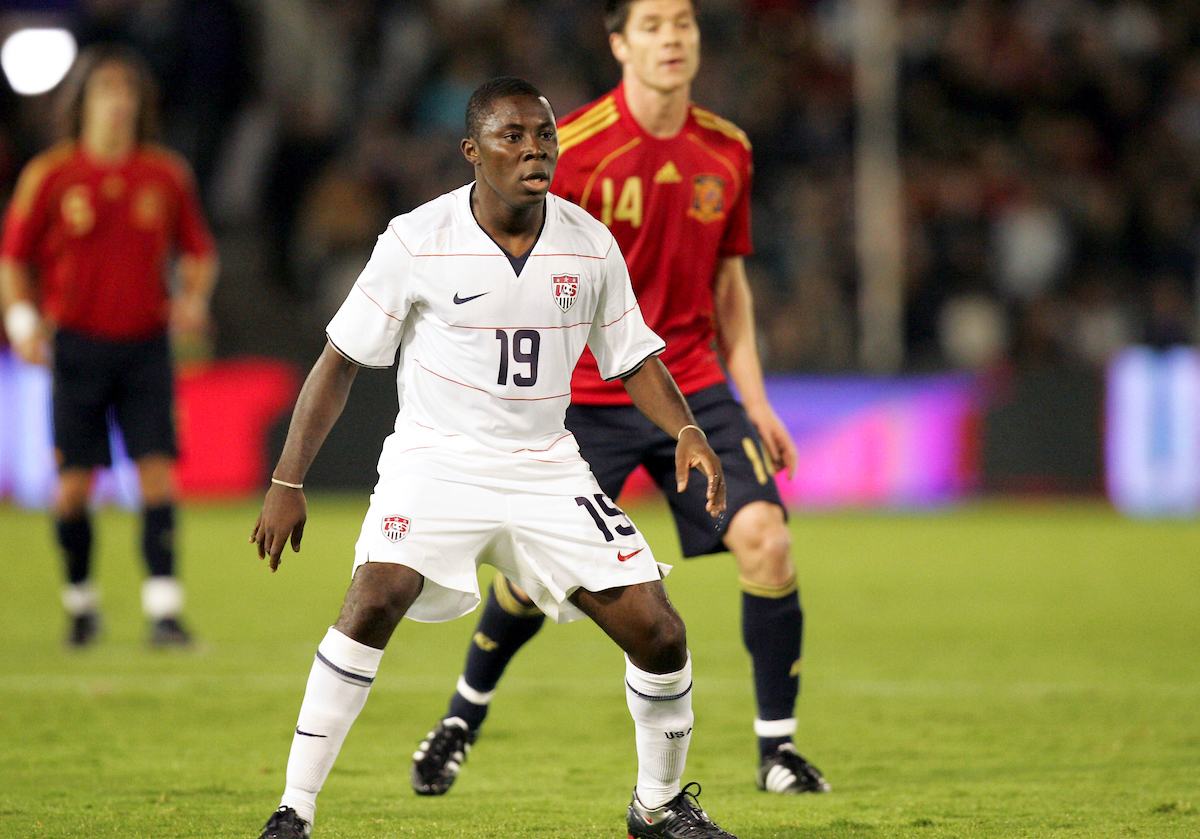 Eighteen-year-old Freddy Adu scored twice on free kicks that were set up by fouls on Jozy Altidore as the USA booked a spot at Beijing 2008 with a semifinal victory before 13,201 at LP Field in Nashville, Tenn. on March 20, 2008. Adu worked his magic in the 27th and 48th minutes, the second goal over a six-player wall. Sacha Kljestan punctuated the victory, scoring off a Stuart Holden 78th-minute feed. Chris Seitz secured the shutout.