Brenden Aaronson just brushed it off, much like water off a duck’s back.

During his brief tenure as a professional soccer player, the 20-year-old midfielder has learned to cope with the cold facts and being able to take the heat.

If Aaronson wants to enjoy a productive USMNT career, he realizes he will need to continue to do both, perhaps when the European-based players travel from cooler climates to the tropics for the 2022 FIFA World Cup qualification in the fall.

"That's a tough part about any U.S. Men's National Team player that plays over here in Europe and has to go back to the Caribbean where there's 90-degree weather when you're playing like here in 30-degree weather," Aaronson said during a Monday video media call. "That's part of the job and that's a part of being professional. It's handling every situation. When it comes to getting used to the weather, getting used to the time change, that's what we've been doing our entire lives. It's adapting as fast as we can, just being as professional as possible." 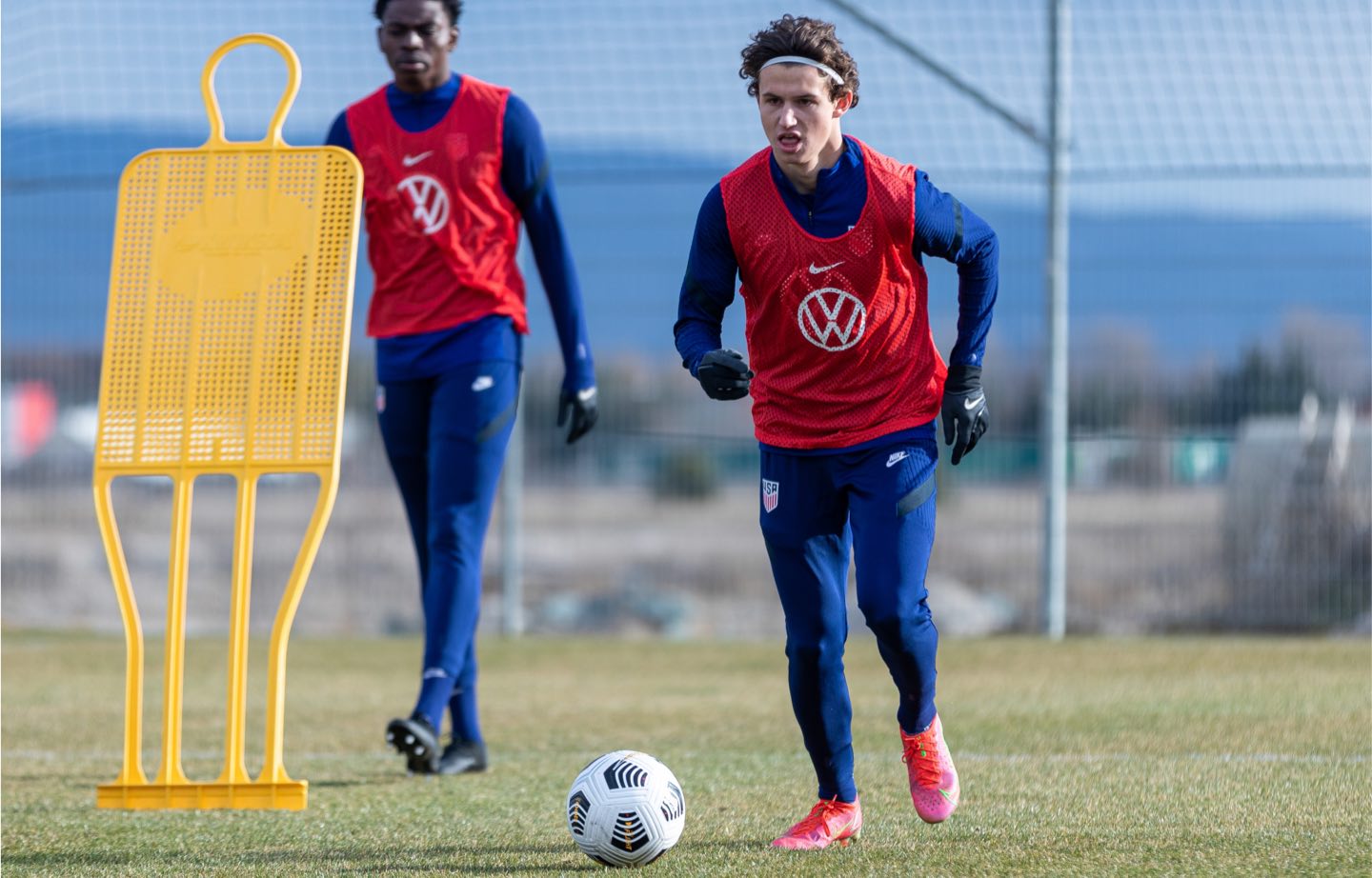 Aaronson's remarks have belied his age. He sounds more like a veteran, not someone who has three years of professional experience.

He understood that his role could change from what it has been for Red Bull Salzburg in the Austrian Bundesliga to what USMNT head coach Gregg Berhalter will want for two friendlies. The USMNT meets Jamaica in Wiener Neustadt on Thursday and visits Belfast to play Northern Ireland on Sunday, March 28.

Of the 26 players who journeyed to Austria, Aaronson had one of the least complicated journeys, a three-hour drive from Salzburg. "It was pretty smooth sailing," he said.

The same can be said of the Medford, N.J. native's time with Salzburg since joining the Austrian leaders from the Philadelphia Union in January. He’s already made an impact under former U.S. international Jesse Marsch, scoring three times in 12 appearances across all competitions to help give the club a seven-point lead atop the Austrian Bundesliga and book a place in the ÖFB Cup Final on May 1.

Sixteen days after making his debut, Aaronson tallied the winning goal in a 3-1 win over Austria Wien on Feb. 10. He scored the final goal in a 4-0 triumph at Sturm Graz in the ÖFB Cup semifinals on March 3 and added his second league goal and an assist in a in 4-1 victory past St. Pölten four days later.

"I think I have a lot of confidence, which is nice because I think I've been playing well," he said.

At this juncture in 2020, the 5-9, 150-lb. Aaronson had his mind set on helping the U.S. Under-23 team clinch a berth at the Tokyo Olympics in the Concacaf Men's Olympic Qualifying Championship. Then the COVID-19 pandemic hit, delaying the tournament a year. Since then, Aaronson earned MLS Best XI honors, transferred to Salzburg and made further inroads with the USMNT. He has made two appearances, scoring his first international goal in the 6-0 win over El Salvador on Dec. 9.

Aaronson has learned to go with the flow.

"I haven't really seen myself doing what I'm doing the past three years," he said. "You focus on what you can do better. That's really what I've been thinking my entire life. It's just focusing every day, taking it day by day and enjoying it."

Thousands of miles away Aaronson has rooted for his former U-23 teammates at Olympic qualifying in Guadalajara, Mexico. The Americans have reached Sunday's semifinals behind a 1-0 victory over Costa Rica and a 4-0 triumph past the Dominican Republic with Mexico looming in the final Group A match on Wednesday.

He watched the opener and caught the first 10 minutes of the game against the Dominican Republic because he had to sleep and "focus on the national team." There is a seven-hour time difference between Austria and Mexico.

"It's not easy to go to Mexico where it's really hot, where guys haven't played a lot of games," Aaronson said. "It's not easy at all and a lot of pressure on these guys. But they're doing fantastic."

Aaronson also has turned into a big fan of his Euro-based teammates - "all the young kids" - and he regularly has watched them live on TV or through streaming.

"I'm really invested in that and I really love watching them play," he added. 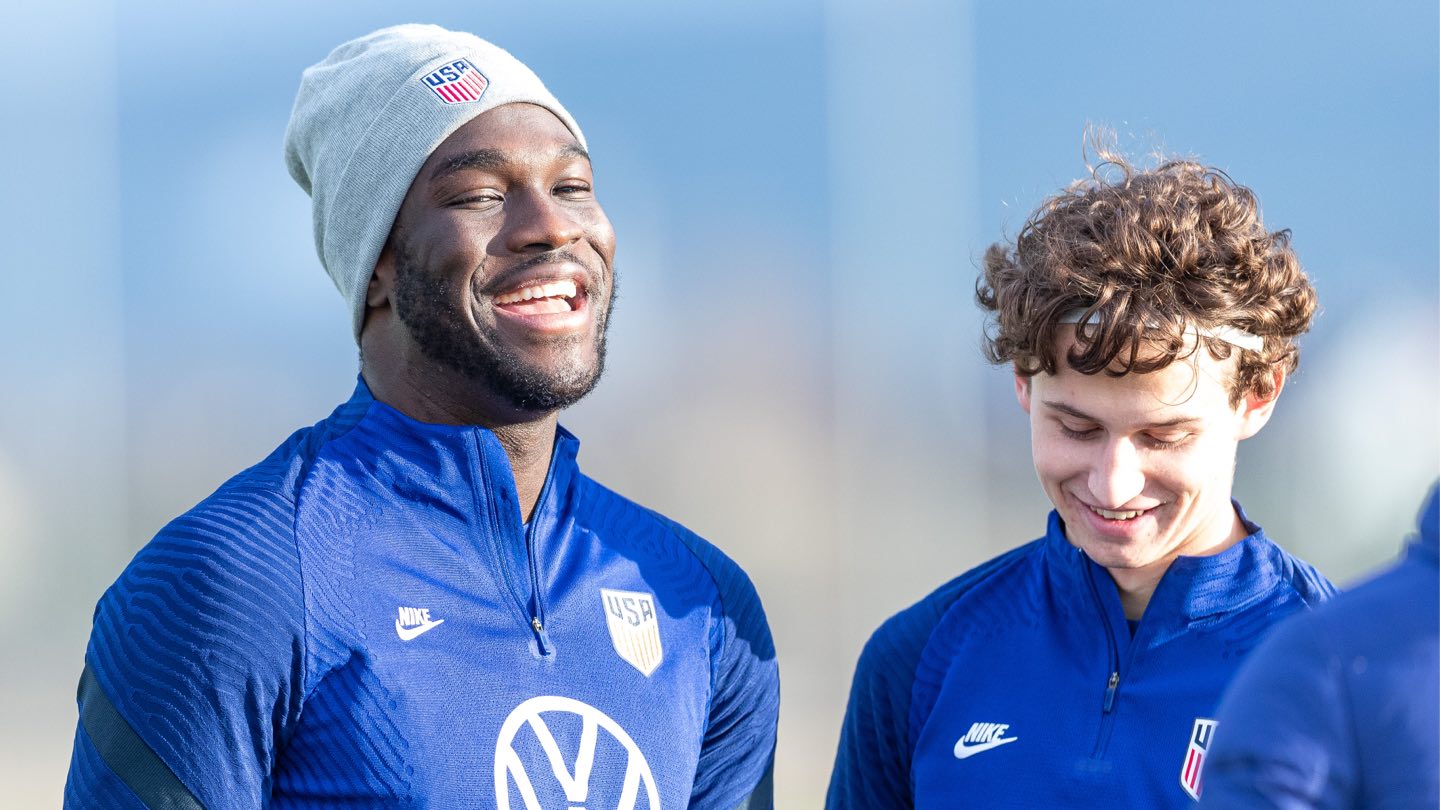 He is close friends with forward Daryl Dike, who has turned heads for Barnsley (English Championship) while on loan from Orlando City SC.

"It's not your typical football," Aaronson said. "It's definitely very aggressive and very hard to play in. Daryl has done a fantastic job. It's opening a lot of gates for him to maybe make another move [or] go back to Orlando and kill it again."

Aaronson has done pretty well himself. He lives in a city that enjoys a rich cultural history. Wolfgang Mozart was born in Salzburg, which also was the setting of the iconic movie, The Sound of Music.

"The funny part is, no one knows that movie in Austria," Aaronson said. "When you ask people there ... like what movie? No one has any idea." 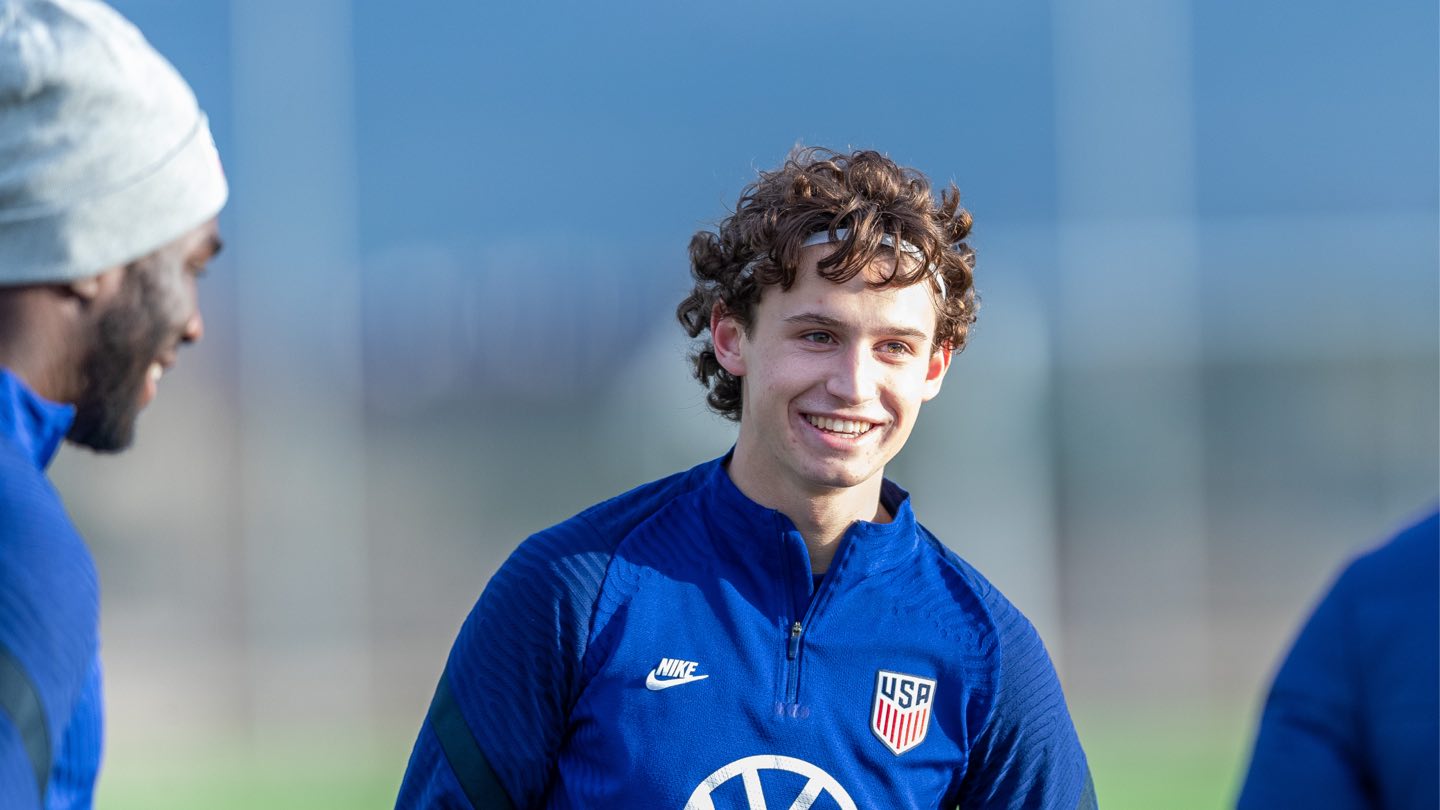 He quickly adapted to his new life.

"It's a very quiet city," he said. "It's like a family city. Everybody knows everybody. I love the beautiful nature side of things, going on walks, bike rides. I feel like it's the perfect city for myself."

Aaronson has shown his parents the sights and plans the same for his grandparents and girlfriend when they visit.

"I'm really enjoying life," he added. "I couldn't ask for a better start and hopefully just keep going from here. We just have [to] win the two trophies that we're part of. That'll be a successful season for me."

Playing regularly for the USMNT would definitely make it better.