When the U.S. Women's National Team lined up against Mexico 30 years ago – on April 18, 1991 -- in the very first Concacaf qualifying tournament match for the inaugural Women's World Cup, U.S. captain April Heinrichs and her teammates had no idea how good the talent was wearing the red, white and blue.

The Americans had never played Mexico and had faced only one team from its own Confederation, that being Canada, which the USA had already met four times. In fact, entering that first World Cup qualifying tournament, the U.S. team had played a total of just 43 games since program kicked off in August of 1985.

"When you're a little fish swimming around in little ponds, you have no idea how good you are on the global stage," Heinrichs said. "So, we didn’t know. We had had some good matches against good countries and started to feel competitive but by no means did we feel like we were a lock to advance out of Concacaf."

By the time referee Willie Stewart of Trinidad & Tobago blew his final whistle in the championship game in Port-au-Prince, Haiti on April 28, 1991, the USA had a much better idea.

Not only did it win all five matches during an 11-day span, including a 5-0 final triumph over Canada in the final to become the lone Concacaf qualifier, the team dominated every match. The USA outscored the opposition, 49-0, recording far more goals than shots conceded (15). 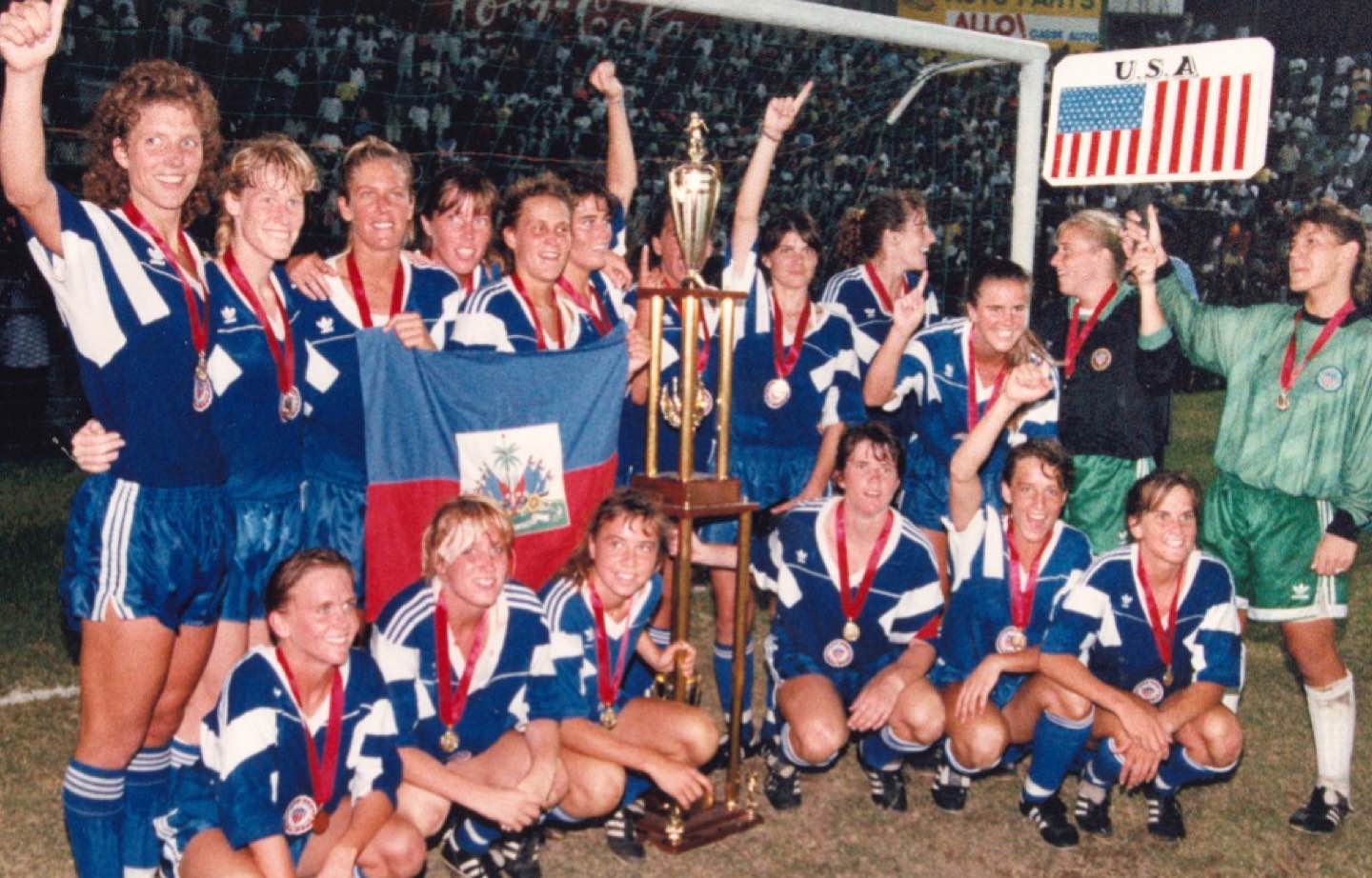 The USA did just, in impressive fashion, and set the foundation for what would become the most successful women’s soccer team on the planet.

"It really was a big deal for us, and we took it as such," Heinrichs said. "We felt the weight of the world on us even though many folks were not paying attention the way they do today for World Cup qualifying."

Some 30 years later, it is difficult to truly picture what transpired in Haiti at the time, in the embryonic years of international women’s soccer.

An unsuccessful coup attempt against newly elected President Jean-Bertrand Aristide was staged on Jan. 6 and there was talk of moving the tournament or cancelling it. It eventually went forward, there were other significant challenges that came off the pitch.

Electricity sometimes was a luxury during nightly blackouts.

"We played cards by candlelight, all night long," Heinrichs said.

"Every time the lights would go on again, the cockroaches would scurry," midfielder Julie Foudy said with a laugh a few years ago. "Joy [Biefeld, now Fawcett] at one point was walking and didn't have any shoes on when it was dark out between rooms and stepped right on one. … I think one landed on [head coach Anson Dorrance’s] head."

Foudy, then 20, was attending Stanford University and she brought her schoolbooks to Haiti.

The hotel’s water system wasn't always reliable, so the team was forced to improvised.

"We bathed in the swimming pool sometimes with a little bit of shampoo in the palm of your hand," Heinrichs said.

The training facilities were also far from world class. The team practiced at small schools that had bumpy and uneven fields.

Another interesting and unusual challenge: at the time FIFA played international women's matches at 80 minutes even though many USA amateur competitions used the full 90.

"We all felt we were having this amazing soccer adventure that was going to culminate in the World Cup," Dorrance said.

"We didn't let anything distract or deter us from what our goal was,” Gabarra said. “You could change the minutes, you can put us bad fields, but we were all used to not having much. We had to grow up in a Title IX world where we were just now getting an even playing field in a lot of respects. We were excited that we had the opportunity, and we were going to make the most of it to win that world championship."

Since Dorrance took over the coaching reins in 1986, the Americans had traveled and competed in five countries - Italy, China, Taiwan, Canada and Bulgaria - to prepare for qualifying and beyond.

"It's never easy to win on the road and just to have all of your players stay healthy and peak at the right moment,” Gabarra said. “We were lucky we did all that we played some of our best soccer there when it mattered." 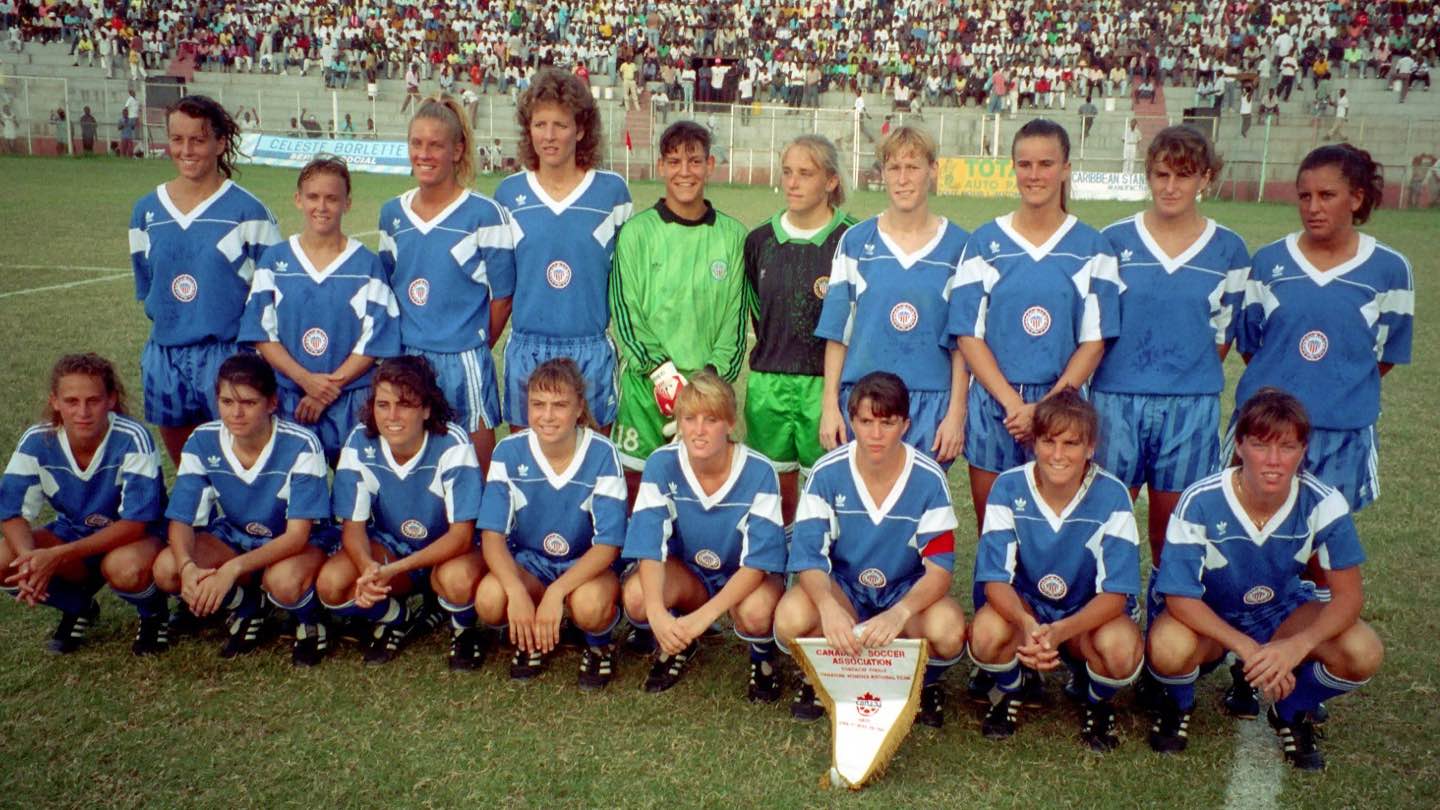 The USA had some trepidation meeting Mexico, who had been playing internationally since 1971, in the tournament’s opening game.

One of the best things about the tournament was the fans. They were raucous and engaged. A festive crowd of 40,000 crammed into Sylvio Cator Stadium in Port-au-Prince to witness history in the tournament’s opening match. Cheerleaders clad in blue shirts and matching pants, presumably from Haiti, danced in the stands.

After taking a team photo minutes before kickoff, the American players ran to the stands and tossed flowers to the spectators in a gesture of goodwill "to get the Haitians to embrace us," Heinrichs said.

"They threw them back!" Heinrichs said with a laugh. "It's like, 'Hey, you can't buy our loyalty. The Haitians were having nothing to do with it."

The team found another way get the locals to embrace the team, by entertaining them with goals galore. By the end of the tournament, the U.S. players were beloved by the fans.

This is how the USWNT lined up for the first game on opening night:

In goal was Kim Maslin-Kammerdeiner, in the three-woman back line as Debbie Belkin, Joy Biefeld (later Fawcett), and Carla Werden (later Overbeck), in the midfield were Shannon Higgins, Kristine Lilly, Julie Foudy and Mia Hamm and up top were Michelle Akers, Heinrichs and Carin Jennings (later Gabarra).

Overbeck and Fawcett were in the Starting XI together for the seventh time. Little did they realize they were on the cusp of beginning a 13-year defensive partnership.

On the opening kickoff, Akers tapped the ball to Heinrichs, who sent a back-pass to a teammate, and the history of the USA qualifying for World Cups had begun. Fast forward to 2021, and USA has a record of 32-1-0 in World Cup qualifying.

In that match against Mexico, the Americans were relentless, holding possession for sizable amounts of time while testing the goalkeeper constantly. In the 11th minute, they hit paydirt. Akers fed the 19-year-old Hamm, who powered a left-footed a shot from the right side of the penalty area to the far side to give the USA a 1-0 lead.

In the 13th minute, Foudy found Akers, who scored for a two-goal advantage. Heinrichs made it 3-0 off a Lilly feed in the 23rd minute and the rout was on.

"We were so nervous going into the game that when we got to the field we just exploded," Dorrance said at the time. "We know how important this qualifying tournament is, and we just keyed up."

The USA ended up outshooting Mexico by an 37-0 margin.

It was more of the same against Martinique two days later, although Hamm didn't wait as long to score, finding the net in the opening minute in a 12-0 triumph. Heinrichs netted a hat-trick and Akers added another two goals.

In the third group game, Hamm once again drew first blood, this time against Trinidad & Tobago, although she had to wait until the second minute as the USWNT rolled to a 10-0 win on April 22. Gebauer, Jennings, Akers and Hamm had braces.

In the 10-0 semifinal victory over Haiti on April 25, Lilly broke Hamm's first-goal streak by connecting in the seventh minute. Bates, Jennings, Heinrichs and Akers produced two goals each.

Every game followed a similar path. The USA attacked from the opening kickoff, scored early and never looked back. Against Canada in the April 28 final, Akers recorded the first goal of her hat-trick in the second minute of a 5-0 win to clinch a berth at the upcoming World Cup in China. 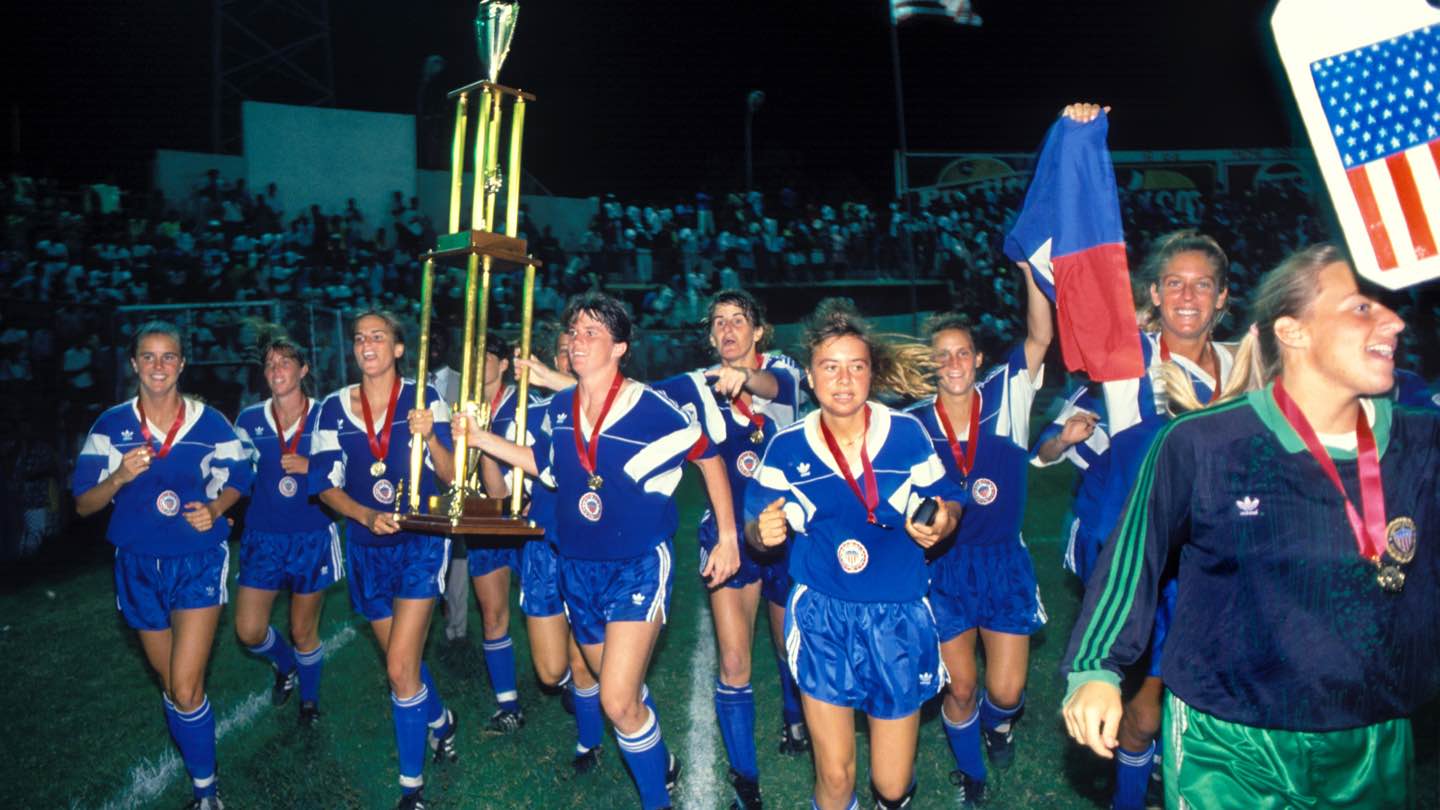 Akers finished the tournament with 11 goals, followed by Heinrichs with eight. Chastain, used mostly as a sub, finished tied for third with seven. Next were Hamm and Gabarra with five apiece.

When they were in the lineup at the same time and firing on all cylinders, the USA’s attacking trio of Akers, Heinrichs and Jennings – which would be later be dubbed the “Triple-Edged Sword” – by the Chinese media, was virtually unstoppable.

"Our chemistry was really good," Heinrichs said. "When you look at the three of us, we were very different. Akers was a complete player a dominant force in the air, incredibly technical by today's standards. Carin was considered wildly deceptive and difficult one vs. one player."

Despite the talent and in contrast to today's coverage of the quadrennial Concacaf Women's Championship, the 1991 Women's World Cup qualifiers went unnoticed by most Americans. Except for two publications, Soccer America and Soccer Week, which detailed the USWNT's victories, the tournament was not covered by the mainstream media, except for a short Associated Press story on the final.

"It didn't matter to any of us because number one, it's just the way it was," Gabarra said. "We didn't know differently. It was a changing world.

"We all believe we had the physical and mental capacity to play at that level. But none of us were caught up in what we deserved or what we needed. We just wanted to do what we love, just play the game and play together and eventually win that world championship. That was our goal. We wanted to win a world championship."

After securing a berth in the 12-team Women’s World Cup in China, Dorrance said: "What I feel right now is a great sense of relief. I think our experience and overall technical ability and athleticism were the factors. This puts us in a position where we can see how we match up with the best teams in the world."

At the inaugural World Cup competition that November, the USWNT show not only that it could match up with the best teams in the world, it proved it was the best team in the world. That success spawned several generations of world class players which has gone on to win four World Cups and four Olympic gold medals.