We continue the series by looking at three USA matches against Canada.

Because of the U.S. Men's National Team's success in reaching seven of the last eight FIFA World Cups, it might be surprising to many observers that Canada leads the overall World Cup Qualifying series. The USA trails, 4-6-3.

However, at home it is a different story as the Red, White and Blue boasts a 3-1-2 mark. The Americans dropped their first home qualifier to Canada in 1957, while forging a five-game unbeaten streak (3-0-2) since.

Here is a look at a pair of home victories and a disappointing neutral site result:

The USA scored early and often in the opening 14 minutes before 28,896 spectators at Stanford, Stadium in Palo, Calif.

The Americans (1-0-1, 4 points) needed that win and three points after starting the Hexagonal with a frustrating scoreless draw at Jamaica on March 2.

"We didn't have what I'd call an impressive game against Jamaica," defender Jeff Agoos told reporters. "It was important to show the rest of the group what we could really do," 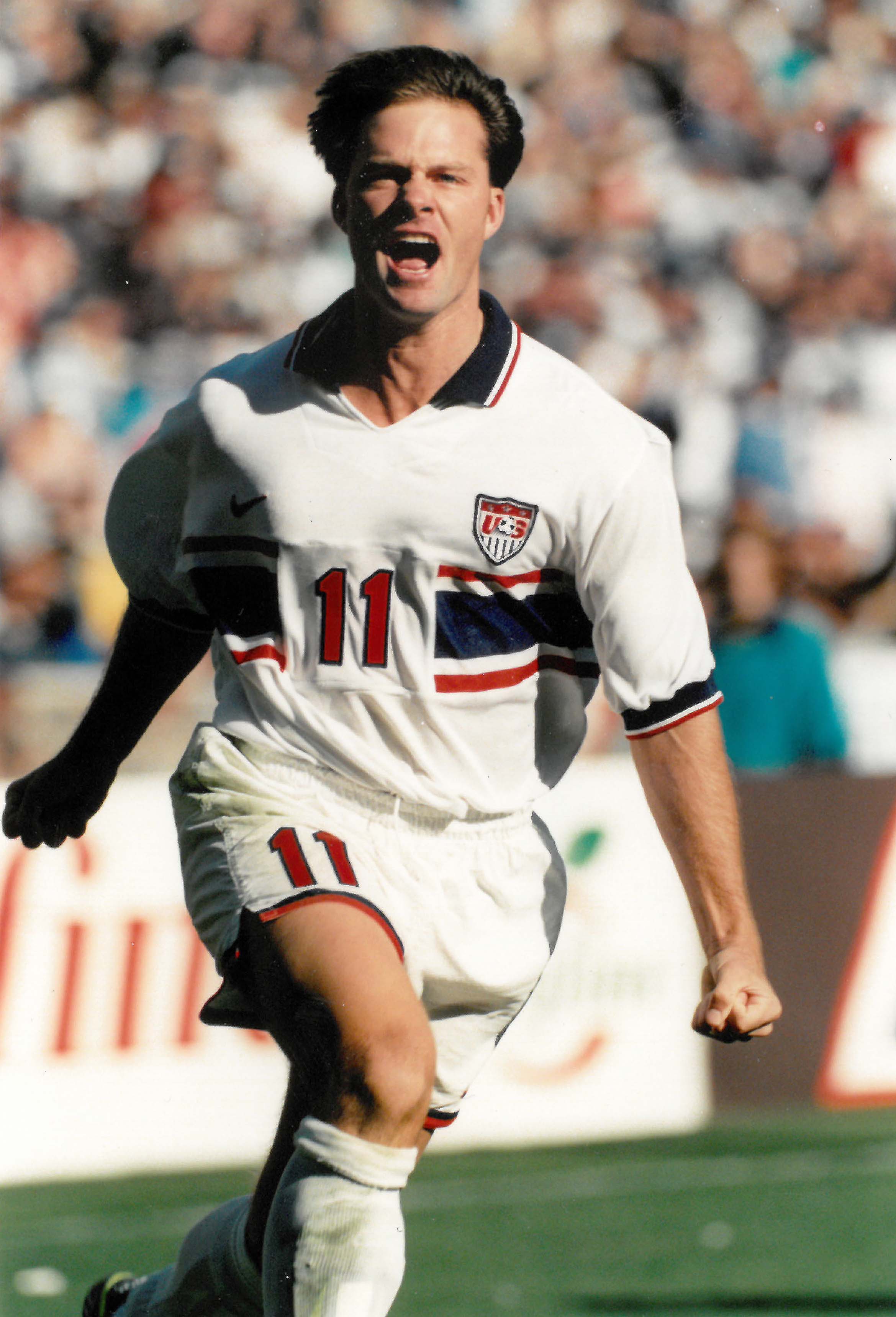 "I just wanted to get the first goal out of the way so we could have some breathing room," Wynalda said. "It gave us the chance to really go after them."

Pope, who as a rookie scored the winning goal for D.C. United in the first MLS Cup final only five months earlier, headed home Agoos' corner kick in the 14th minute for a two-goal advantage.

The team’s play fell off after those two early goals.

"Sometimes that’s the result of scoring early," head coach Steve Sampson said. "But three points in the standings is what we came for, and it's what we got."

Current U.S. Soccer Sporting Director Earnie Stewart put a bow on the victory by slotting home a Michael Mason feed in the 89th minute. Mason, who knew no English, was the son of a U.S. serviceman who was raised in Germany and received his U.S. passport only a month prior, made his USMNT debut when he replaced John Harkes in the 60th minute. 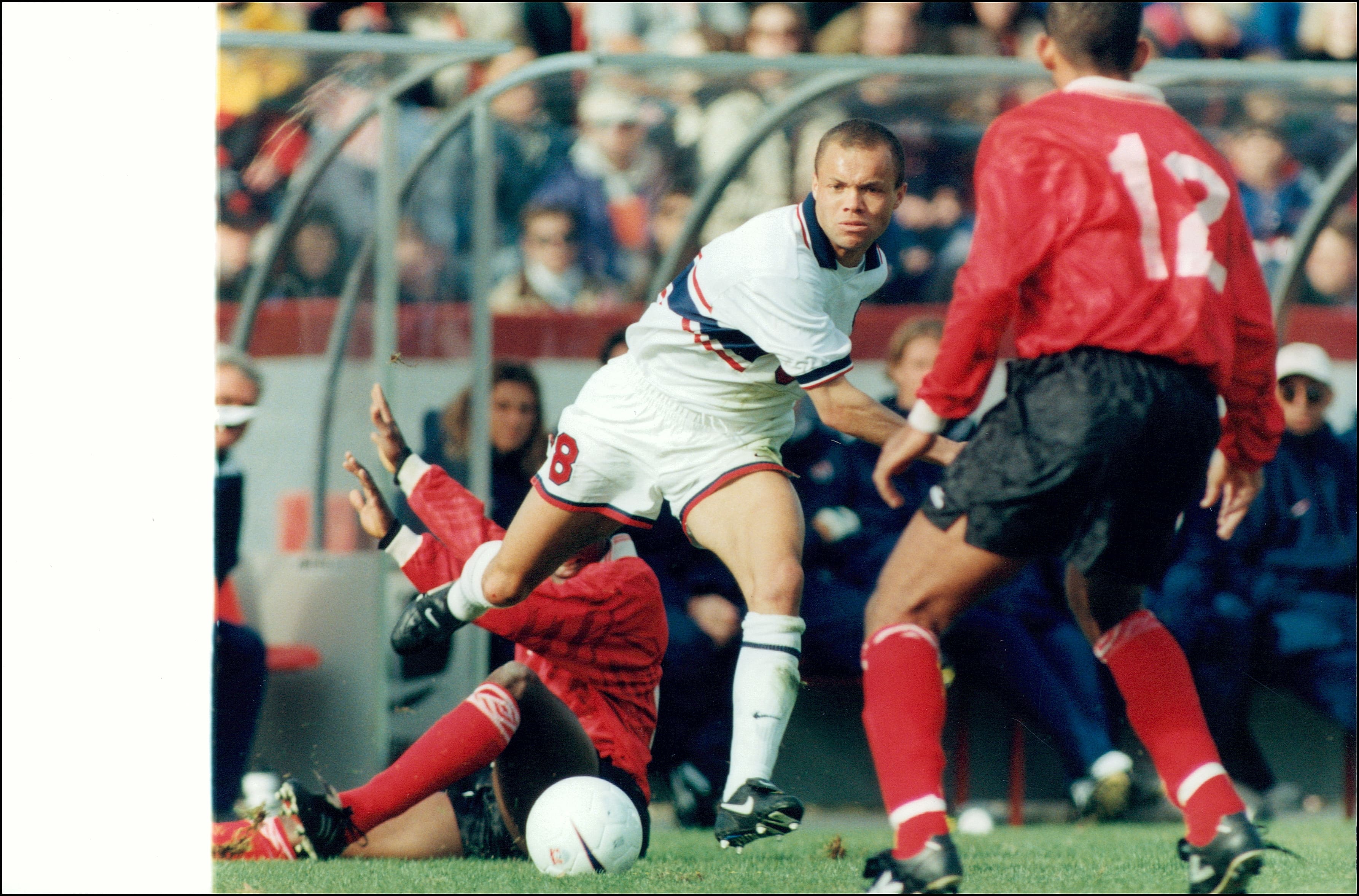 In an intriguing recruiting scenario, Sampson was informed of Mason, who played for Hamburg (Bundesliga) at the time, from a member of the USMNT's fan club.

The win also was the largest margin of victory for the USA over the Canadians since a 6-2 triumph in an international friendly in Brooklyn, N.Y. on Nov. 6, 1926. The result also snapped a three-game winless streak (0-2-1) in qualifying against the USA’s northern neighbors.

History was made in the Americans' win at the Kingdome in Seattle, Wash. It was the first World Cup qualifier on artificial turf and in a domed stadium.

Miro Rys, a 19-year-old from Cicero, Ill., who at the time was the youngest-known player to appear in a World Cup qualifier, scored the first goal while Juli Veee added an insurance tally.

USMNT head coach Walt Chyzowych (below) called the win, "a sign of execution under extreme pressure." 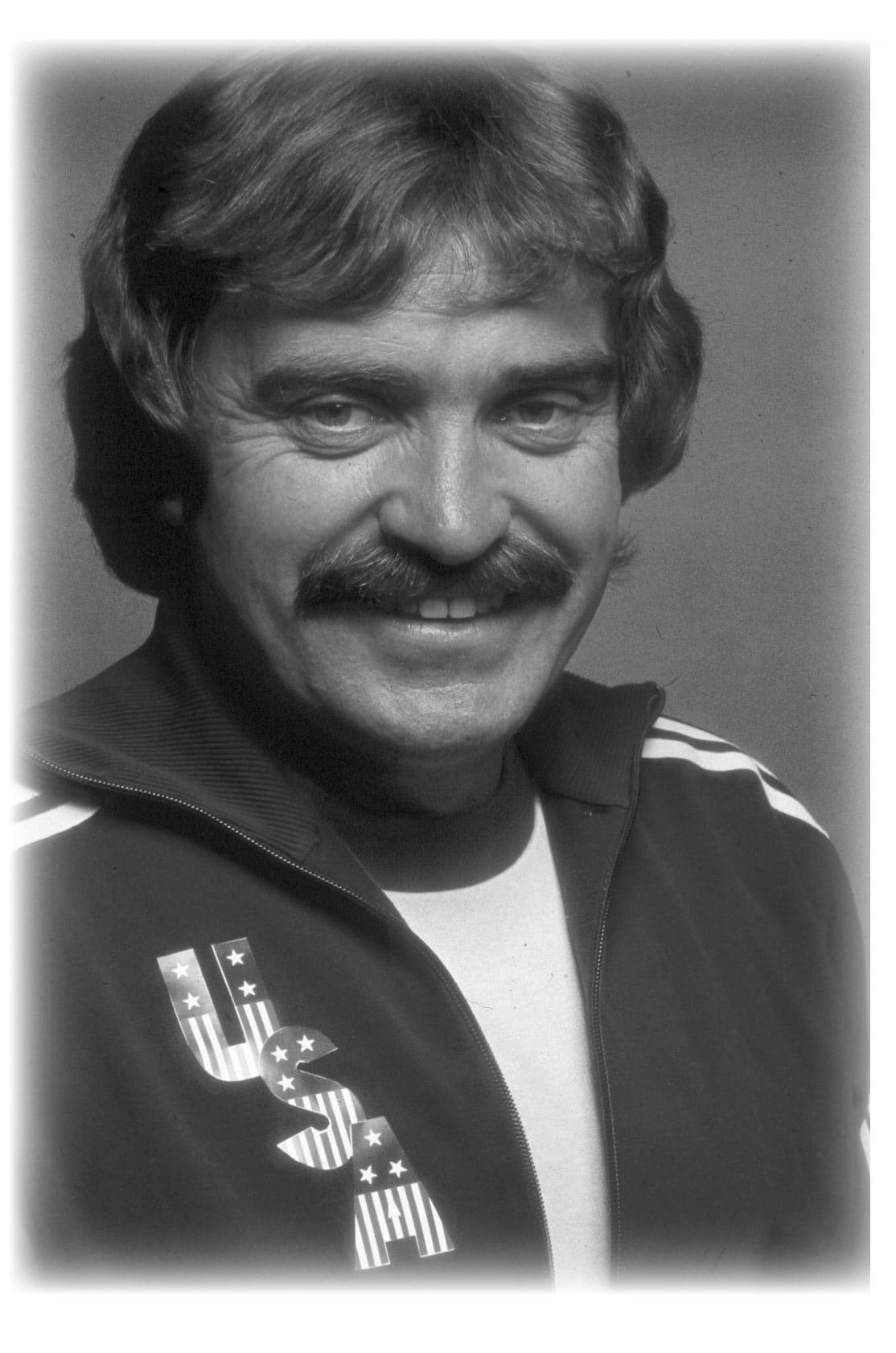 The victory also broke yet another WCQ winless streak (0-1-2) against the Canadians. In a Sept. 24 qualifier, the teams battled to a 1-1 draw in Vancouver as U.S. forward Boris Bandov scored.

Since many players had performed on artificial turf and in domed stadiums in the North American Soccer League, the game wasn't necessarily a big deal.

"It wasn't really unusual for me," Bandov said. "Both teams had players in the NASL. I think it was okay between the two federations. Mexico, we never played them on turf."

The field at the Kingdome was one of the earlier versions of artificial turf, so many landings wound up being hard ones.

"Nobody prefers turf. It was old turf," Bandov (below) said. "You couldn't slide tackle. You couldn't do a lot of things." 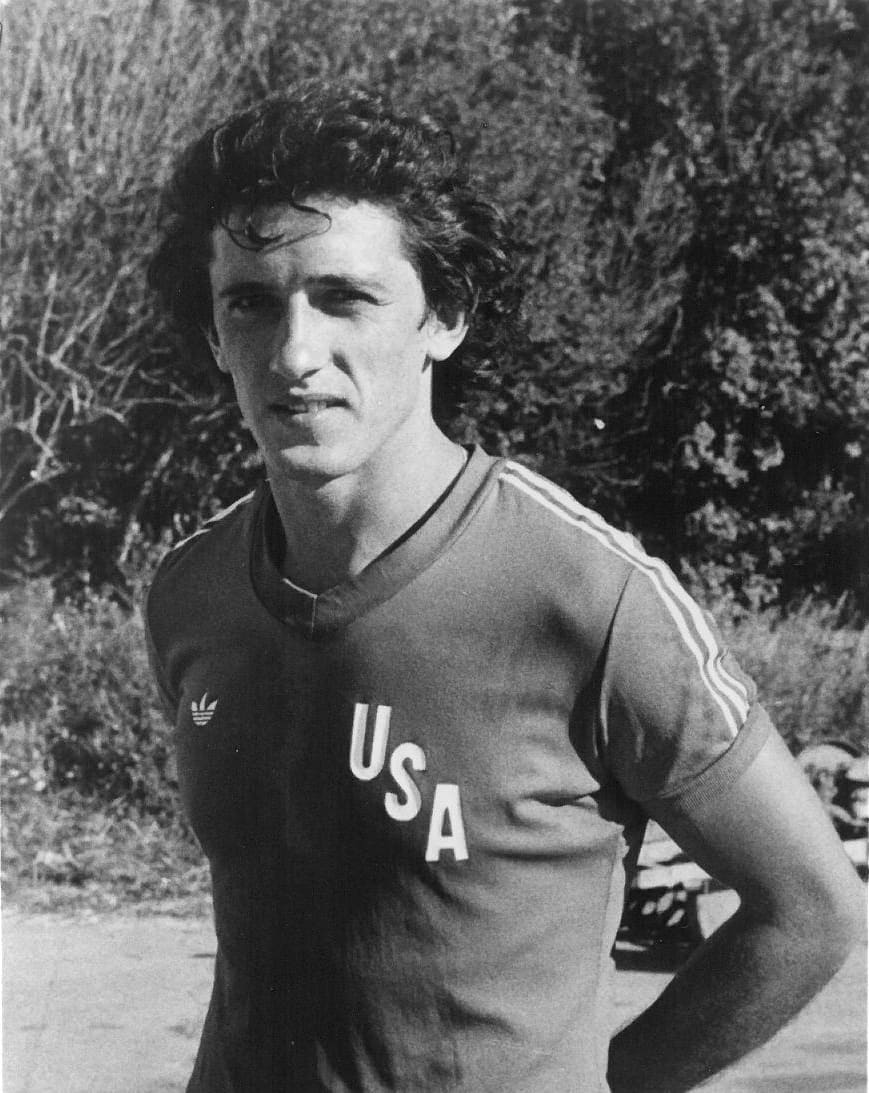 Rys, who played for the Chicago Sting, tallied in the 54th minute before a crowd of 17,675. He gained possession of a Veee rebound, dribbled through three defenders and fired a 12-yard shot to the left of goalkeeper Tony Chursky for his first international goal.

"I've got the ball right here," Rys told reporters afterward. "I'm going to take it home and hang it on the wall… I predicted before the game I would score, but when I scored, I felt incredible."

It turned out to be Rys’ lone international goal. He died in a tragic car accident on Sept. 12, 1977, near Dortmund, Germany while between trials with Bundesliga clubs. He was 20 years old.

Veee gave the hosts some breathing room in the 81st minute. Mike Flater sent the ball down the right side. Veee, who became an indoor soccer superstar, drew Chursky out of the net before slipping in a 10-yard shot.

Chyzowych was so ecstatic that he bolted onto the field to celebrate with his players. Mexican referee Mario Vazquez ejected Chyzowych for entering the field. While leaving the pitch, the coach smiled and shook a clenched fist above his head.

"It was exciting," Bandov said. "We were a very confident team. We had a player named Juli Vee. He was an unbelievable player.”

The result propelled the Americans atop their three-team North American Zone group. The Canadians, who stunned the Mexicans, 1-0, in an earlier qualifier, needed a draw against Mexico in Toluca, Mexico on Oct. 27 to force a playoff.

"If Canada wins in Mexico, I'll donate my salary for the next three years [to the Canadian soccer development program]," Chyzowych was quoted by United Press International.

Much to the surprise of many soccer observers, Canada managed to secure a result - a 0-0 tie -necessitating a playoff to determine the second team to advance to the final round along with Mexico. The Canadians and the USMNT finished with identical 1-1-2 records and goal differential (minus one).

Officials could not have chosen a more neutral site - Port-au-Prince, Haiti - to determine which team would advance to Concacaf’s final qualifying round for the 1978 FIFA World Cup.

To prepare for the match, the Americans played three friendlies - all scoreless draws - against Haiti in Port-au-Prince a month prior.

“That was us at the time,” U.S. captain Al Trost (below) said. “The training we went through with Walt was a lot of man-on-man stuff. We were disciplined enough in defending, but to try and make the transition, that’s what made it difficult in creating scoring opportunities. We had some very strong, gifted players, but we had issues making the transition from defense to offense. Sometimes it would work, sometimes it didn’t. That was the decision that was made – Walt wanted to stay in games as best we could defensively and see what we could get out of matches.”

In his 1982 book, “The World Cup”, Chyzowych noted that the Canadian team gave Haitian fans roses prior to kickoff, "immediately placing themselves in their good grace."

Trost found his stomach not in good grace beforehand.

“I was sicker than a dog, throwing up for a couple days while we were down there,” he said. “I just remember I was zapped. It took everything out of me.”

While he wasn’t 100 percent, Trost admitted how badly he wanted to play. He started to come out of his illness the day before the match.

In a match played in 85-degree heat on a bumpy, dusty field in front of 32,869 spectators at Estadio Silvio Cator, the U.S. took the game early to the Canadians but could not place a shot on target.

"We were confident of beating Canada,” Bandov said. “We were dominating. For 20 minutes they never got out of their penalty area. It was like defending corner kicks for them. Brian Budd hits the ball with his shin and the ball goes in. We were down a man and we opened up to tried to score and we lost." 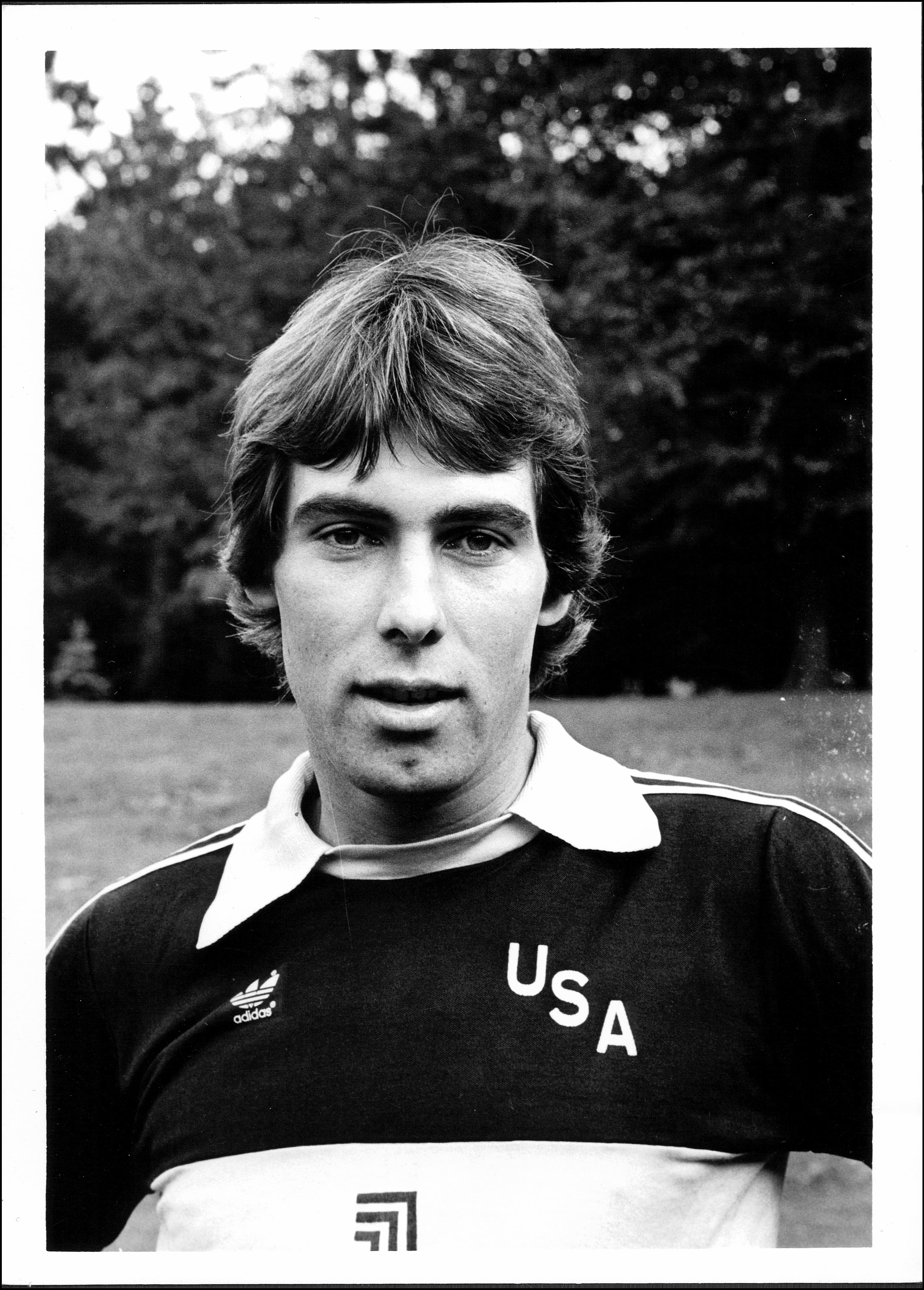 After defender Steve Pecher was red carded for a foul on Victor Kodelja in the 60th minute, Les Rouges tallied twice as the Americans pushed up. Bob Lenarduzzi doubled the lead in the 80th minute before Bob Bolitho scored off a 30-yard blast to put the final nail in the coffin seven minutes later.

“Nothing clicked for us that day,” USMNT goalkeeper Arnie Mausser said. “We went into that game confident, but whatever happened, nothing went right for us. Balls banging off of people, falling just right for Canada – it was a nightmare. From my aspect I didn’t have a good game. I’d been playing well the whole series, but that game I just had a nightmare and that didn’t help things.”