Some 11th-hour drama and historical moments have highlighted the U.S. Men's National Team’s FIFA World Cup Qualifying matches in Honduras the past 56 years.

That has included the Americans' first win in Central America and two memorable clashes.

While the USA puts together its final preparations for the Sept. 8 encounter in San Pedro Sula, let's take a look at four games in Honduras:

An unlikely hero powered the USMNT to a 3-2 triumph as they qualified for their sixth consecutive World Cup.

Forward Conor Casey, who hadn’t scored in 14 previous international appearances, bagged a brace and set up a third goal before an estimated crowd of 37,000 at Estadio Olimpico Metropolitano in Pedro San Sula.

Casey, who had ACL operations on both knees during his career, was just happy to be in the lineup. The hulking center forward was chosen to start the match in place of Jozy Altidore, who was a yellow card away from being suspended for the USA’s final qualifier against Costa Rica four days later. 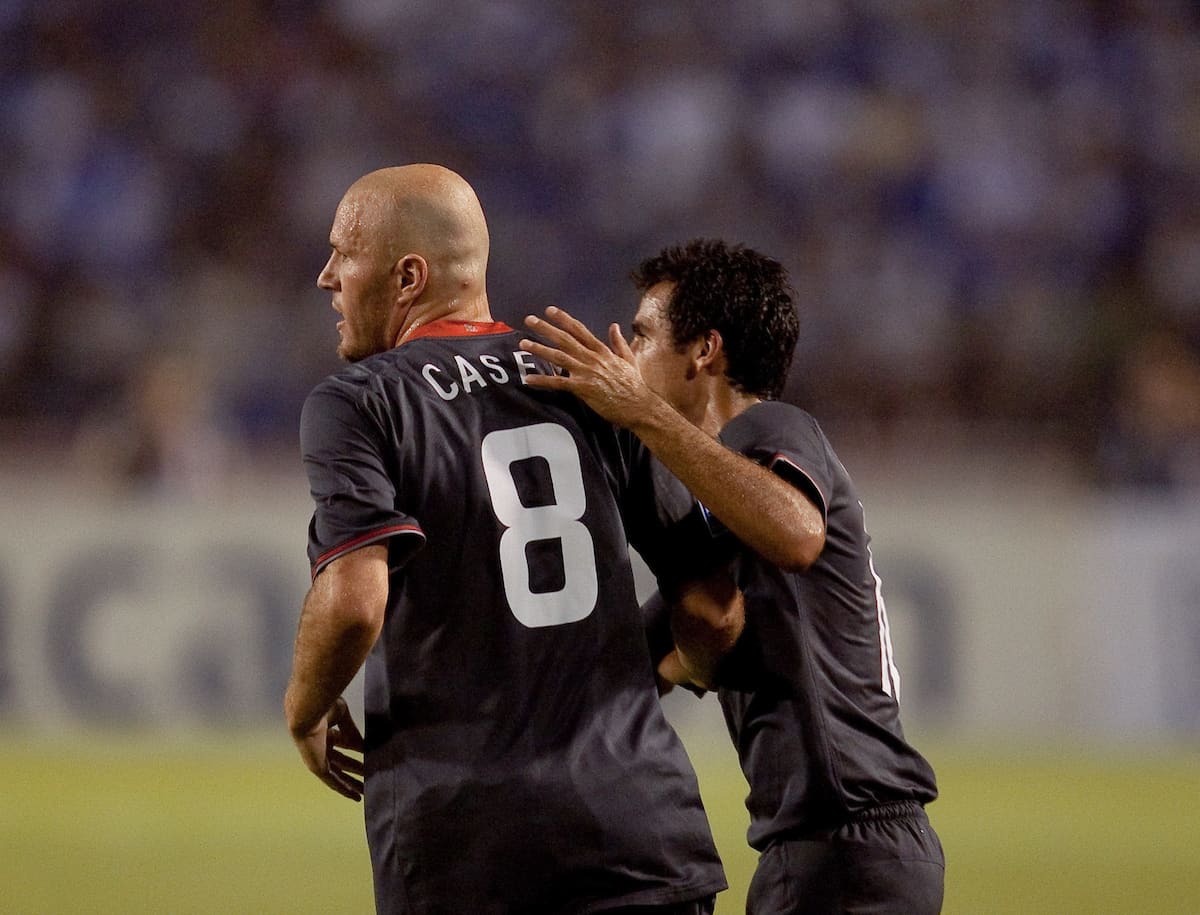 "It feels good, it feels good," he said. "It's been a long time with the injuries and what not. To be able just to have the opportunity to play with these guys this night and to seal up the World Cup slot, it's huge. "

Bob Bradley’s side grinded out the win in a wild, back-and-forth encounter.

Honduran supporters had filled the stadium four hours prior to kickoff, entertaining themselves with songs, chants and dances. Some fans teased U.S. media working their way toward the press box, holding up four fingers and saying, "Cuatro a cero."

The USMNT had other ideas, but not before the hosts grabbed a 1-0 lead in the opening minute of the second half.

After a midfield giveaway, Oguchi Onyweu fouled Carlos Pavon just outside the left side of the penalty area. Julio Cesar de Leon fired an 18-yard free kick into the upper left corner out of the reach of goalkeeper Tim Howard.

The USA silenced the crowd 10 minutes later on Casey's first goal. Charlie Davies won a long ball that was played toward the box and headed it to Casey, who outjumped and outmuscled goalkeeper Noel Valladares. While it wasn’t quite a header, Casey’s physical presence in the moment was enough to get the ball in the back of the net.

“I think it came off my back," Casey said. "It was a long ball into the box, and I went up to challenge, and I think I was just able to get to it before the ‘keeper. I kind of felt it redirect, but didn’t know which direction it was going in. I spun and caught a glimpse of it just as it crossed the line with no flags raised.

“It was my first goal for the National Team, and luckily I got to see it go in.”

Casey produced more magic in the 66th minute. After a Landon Donovan feed, he split two defenders and fired a right-footed shot into the lower right-hand corner for a 2-1 lead.

In the 71st minute, Casey helped set up the third U.S. goal as de Leon fouled him some 22 yards out on the left side. Donovan launched a free kick that wound up in the upper right side of the net for a 3-1 margin. 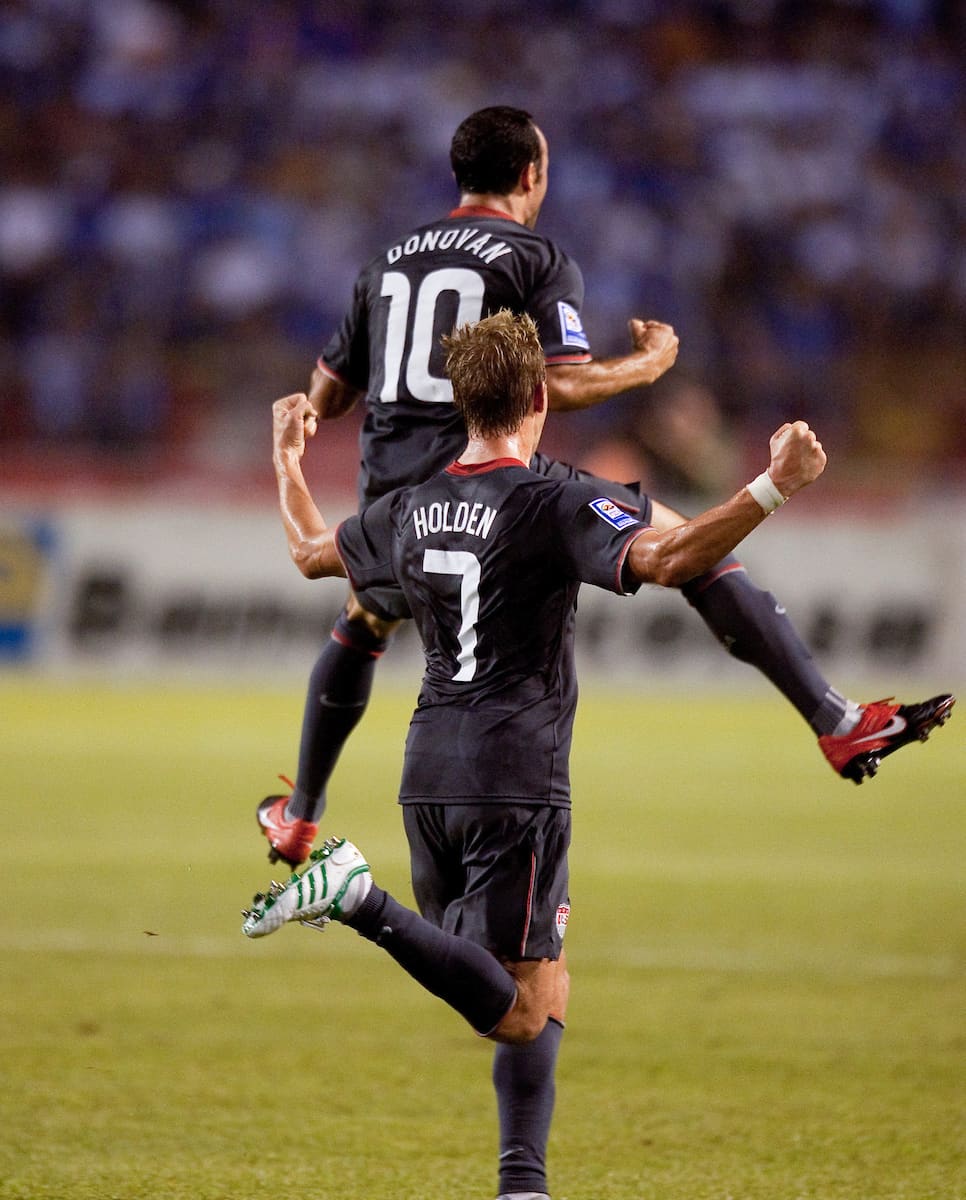 “At that moment we felt it was sealed -- we were definitely going to the World Cup,” said Casey, who never scored another international goal after that.

The Hondurans were relentless. They thought David Suarez had scored in the 75th minute, but he was offside.

Their persistence paid off three minutes later. Ramon Nunez forced Howard out of the net on the right side as the Hondurans worked the ball around. De Leon shot from the top of the area to slice the lead to 3-2.

And then, things got real for the United States. After Stuart Holden was called for a handball in the box, veteran Carlos Pavon had an opportunity to equalize with a 87th-minute penalty kick, but he sent his attempt over the net.

When the final whistle sounded, realizing their heroes had left it all on the field, the Honduran supporters gave their players a standing ovation.

The USA celebrated reaching South Africa in their tiny locker room with champagne and some dancing. 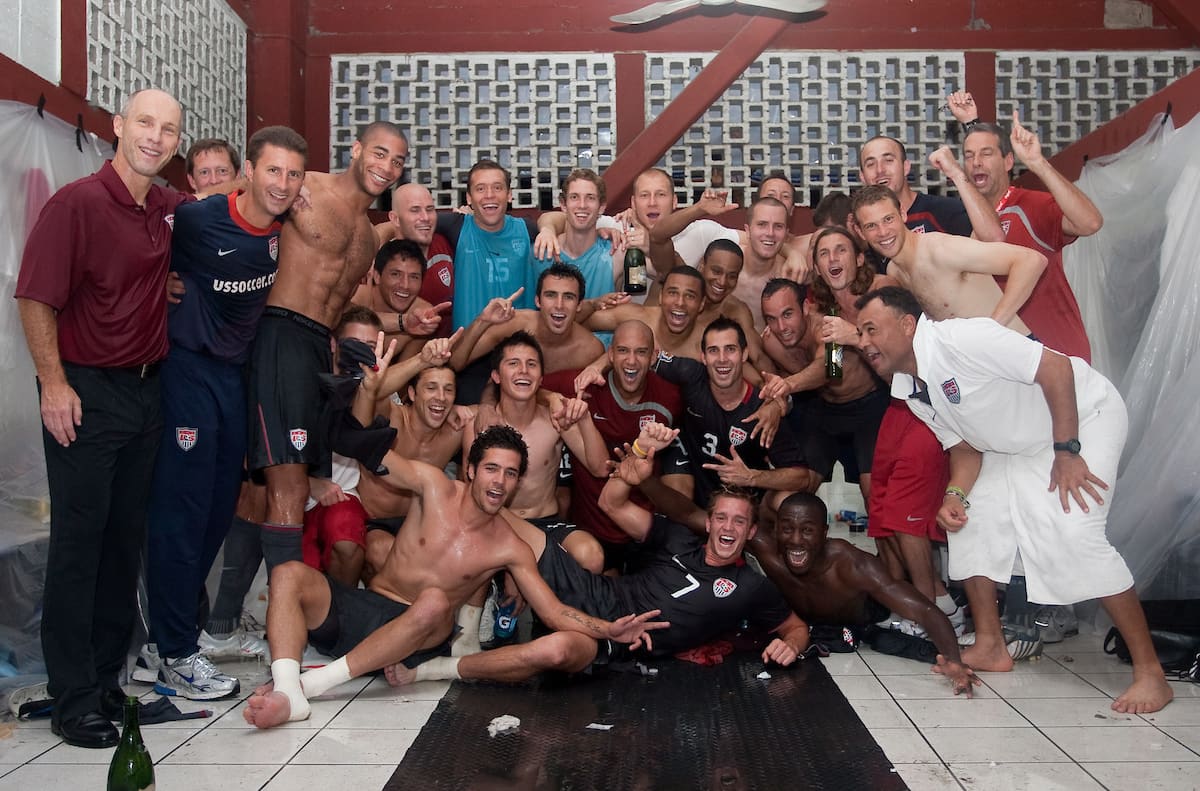 "This was a culmination of a long learning process," Donovan said. "We played a mature, experienced, hard-fought 90 minutes that we haven't done in other qualifiers. I am very proud of us."

Added head coach Bob Bradley: “The celebration was a very good one because when you have a group that has come together, that has worked hard, that has grown, when they’ve accomplished something it’s a special feeling.”

Ironically, Casey would not be selected for the final roster for the 2010 World Cup.

What a way to celebrate your 32nd birthday.

Serving as team captain for the first time due to the absence of Claudio Reyna (groin injury), Earnie Stewart connected for a goal in the USA's first victory in Central America in more than 11 years.

"Captain, scoring a goal and winning on my birthday… It doesn't get much better than that," Stewart said following the match. Clint Mathis, who had replaced the ailing Reyna in the lineup, played a role in both goals. He set up the first and tallied the game-winner off a dramatic, 22-yard free kick in the 87th minute before an estimated 45,000 at Estadio Olimpico Metropolitano.

The USMNT entered the match on a high, coming off a stunning 2-0 triumph against Mexico in Columbus, Ohio on Feb. 28, the first of four legendary “Dos a Cero” results.

“We had a group with a great mentality,” Stewart said. “At that moment I felt we were very confident, and I felt like we went there with the mindset to win the game and you take what the defense gives you.”

In the 33rd minute, defensive midfielder Chris Armas won the ball in the midfield and found Mathis, who shuffled off a short pass to Stewart. The veteran midfielder rifled a 35-yard line drive out that took a wicked deflection off the back of Jose Clavasquin past goalkeeper Noel Valladeres for his 12th international goal.

“Sometimes you do stupid things, and they actually turn out well," Stewart said. "That was a period in 2001 with both NAC Breda and the U.S. team where I felt very good, very confident. I got a good bounce on that, and I was able to hit it well. The rest is history.”

The home side was charged coming out of the locker room, with Tyson Nunez putting his effort off the cross bar just three minutes into the second half.

That chance led to the Honduras response just before the hour mark, with De Leon, a thorn in the side of the USMNT through multiple qualifying matches, cutting inside from the left before firing a 25-yard bullet past goalkeeper Brad Friedel.

With time running down, and the U.S. team likely fine with settling for a draw, an opportunity to steal three points presented itself when Armas was fouled by Maynor Suazo 22 yards from goal. Mathis stepped up and curled his free kick towards the lower left corner, where Valladares got a hand to it before it tucked inside the net. It was the Georgia native’s third international goal. "The keeper was kind of far over towards the far post," Mathis said. "I had time to get it over the wall to dip in. I kind of kept it tight to the post. The keeper got a hand on it, and it was able to go in.

"Any time you score a goal of this magnitude in a World Cup qualifier, it's a great feeling."

The only downside was second-half substitute Cobi Jones, who was red-carded in the 90th minute for tripping a player.

The win was the result of a gutsy performance by Bruce Arena’s side, who won only for the fifth time in 22 games in Central America (they were 5-10-7 at the time). They remained atop the final round group with a maximum of six points in their first two matches. The USMNT’s last win in Central America was a 1-0 qualifying victory over El Salvador in Tegucigalpa, Honduras on Sept. 17, 1989.

Added goalkeeper Brad Friedel: "That puts us in an extremely strong position. Anyone who watched the game saw we had our backs against the wall for a lot of different reasons. That's going to happen when you're here."

After Mexico had won its preliminary round group which also featured the USA and Honduras, the two sides agreed to play out their two matches over a four-day span in Central America. Earlier that month, the USMNT played Mexico to a 2-2 draw in Los Angeles, but lost in Mexico City, 2-0. The Hondurans were blanked at home, 1-0, and in Mexico, 3-0.

The USA acquitted itself well in Honduras, returning home undefeated. Ed Murphy – a veteran of the Chicago soccer scene and holdover from the 1958 and 1962 World Cup Qualifying efforts -- found the net in each contest.

In the first encounter, Murphy (pictured below) tallied off a corner kick in the 70th minute in front of 1,268 fans at Estadio Morazon in San Pedro Sula. 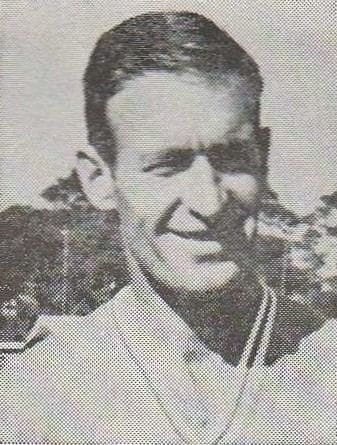 It was the first time the USA played in Central America, recording its first win down there as well.

A member of the National Soccer Hall of Fame, Murphy tallied five goals in 18 international appearances. Representing the United States until he was 38 years old, Murphy also appeared in the USA’s qualification matches for the 1970 FIFA World Cup, making him the first USMNT player to feature in four different qualifying cycles. Frankie Hejduk became the second to do it in 2009 – 44 years later.