Goalkeeper David Vanole never played in a World Cup, but he arguably made the most important save in USMNT history at the St. Louis Soccer Park in Fenton, Mo.

With the game and two points on the line in stoppage time, Vanole denied Mauricio Montero's penalty kick to preserve a 1-0 victory.

The U.S. had dropped its first match of the Concacaf final round 1-0 in San Jose, Costa Rica on April 16, on Gilberto Rhoden's 14th-minute goal.

Exactly two weeks later, the Americans exacted their revenge in a game that was not without drama. 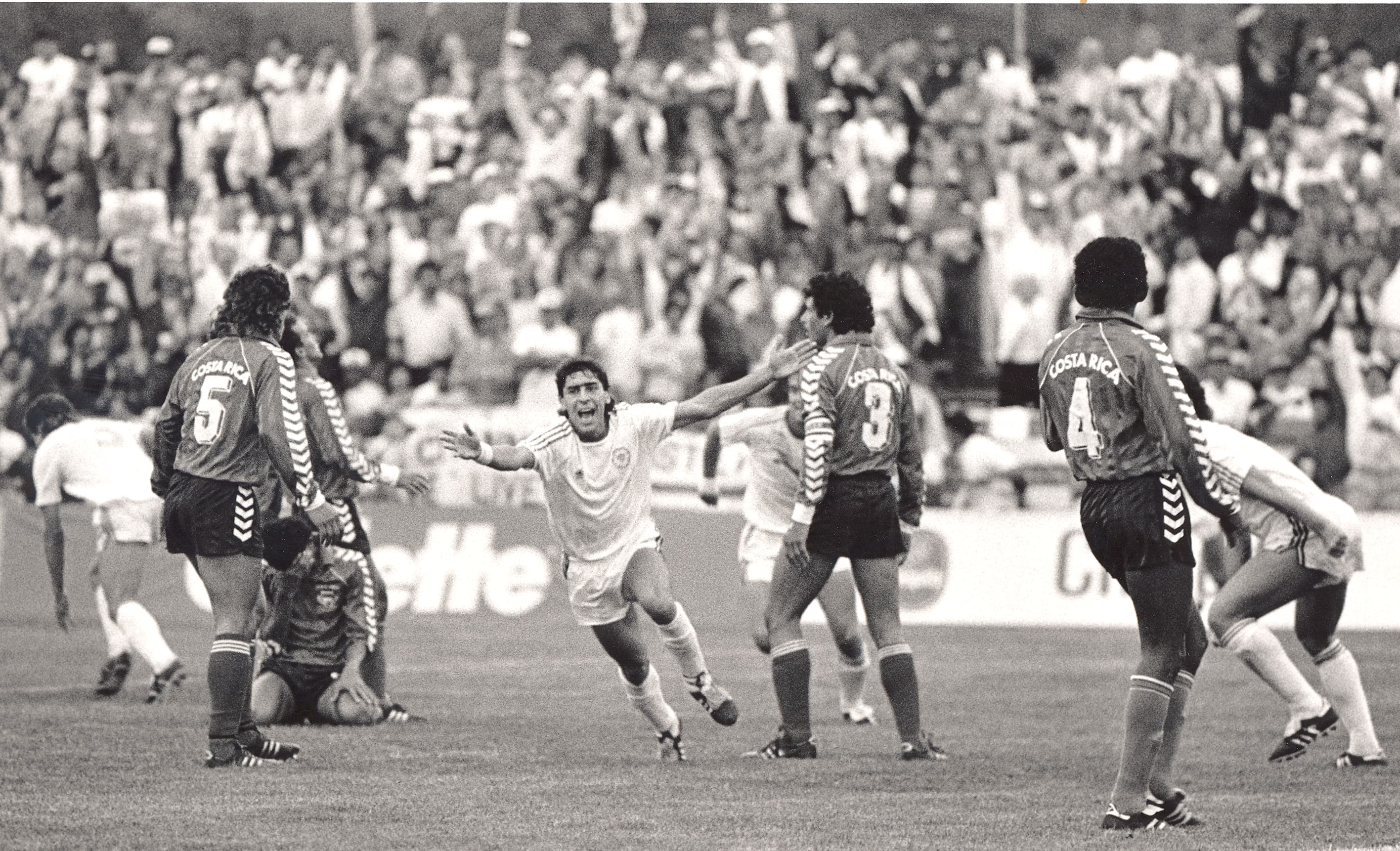 "It was a feeling we haven't had in a while," said Tab Ramos, who tallied his first international goal. "It was something that was long overdue. We've been working so hard for the last six to eight months."

Costa Rica had two apparent goals, both by midfielder Hector Marchena, called back by Honduran referee Rodolfo Meija Martinez. In the eighth minute, Marchena's score was nullified due to an offside call, and in the 77th his diving header was disallowed because of a handball.

The hosts waited until the 72nd minute to find the net. Ramos, off a pass from Bruce Murray, fired a shot from just outside the top of the penalty area that glanced off a defender's foot and into the corner of the net.

With time running out, Vanole raced off his goal line to meet a cross and let the ball slip through his hands. Defender Steve Trittschuh, covering Vanole's back on the goal line, stopped a shot by Alvaro Solano with his hands. A penalty kick was awarded to the visitors.

"I saw David go out and I went back," Trittschuh said. "I had to make them earn it."

"I tried to psyche the guy out, but he wouldn't look at me, and maybe his not looking meant I had him," said Vanole, who walked up and stood in front of Montero before the Costa Rican took the shot. "I felt I knew exactly what he'd do, and the ball came at me like a pumpkin. It was huge. It was probably coming at me at hundred miles an hour. It was in slow motion to me."

Montero's poor attempt was hit straight on, and Vanole did not have to move too far to block it, sending the overflow crowd of 8,500 into a frenzy.

"That penalty save, huge," midfielder John Harkes said years later. "There were many guys on the field that jumped on Vanole and the presence that he has on the field of being such a big man, he snapped us all to attention. It was amazing. We turned face to corner kick and defended for our lives. I think that was kind of one of the turning points for us that this is something that we can accomplish on our way to 1990."

If the Costa Ricans had a rogue's gallery, Tab Ramos certainly would be near the top of the list.

The National Soccer Hall of Famer scored eight goals in his legendary career, and two were against the Ticos in 1-0 USA World Cup Qualifying wins. 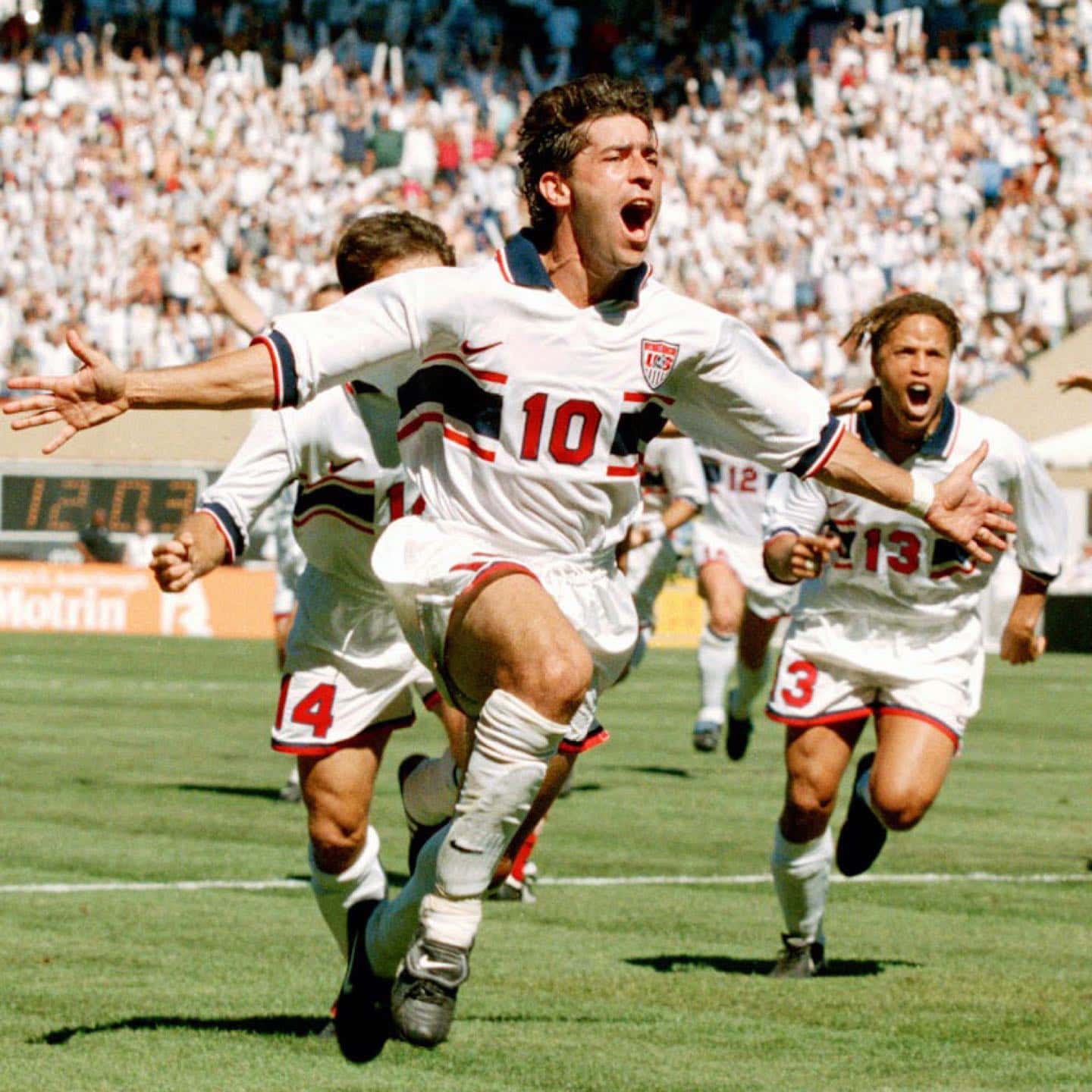 With one flick of his right foot, Ramos ended eight months of frustration in spectacular fashion. Sidelined eight months because of an ACL injury, the midfielder scored from 24 yards past goalkeeper Erick Lonnis to give the USMNT a 1-0 victory in Portland, Ore.

An enthusiastic crowd of 27,396 at Civic Stadium (now Providence Park) cheered on what Ramos called "a magical finish."

"I've never been happier than today," said Ramos, who competed in his just second international since he injured his knee in a WCQ in Trinidad & Tobago on Nov. 24, 1996.

Ramos' goal saved the USMNT (2-1-3, 9 points) from failing into fourth place in the Hexagonal.

"I'm definitely euphoric right now," head coach Steve Sampson said. "As the game went on, we knew it was going to be a one-goal game."

The Americans experienced problems finishing, and for good reason. Striker Eric Wynalda, the USMNT's all-time goal-scorer (30 goals) at the time, had to be withdrawn from the lineup after aggravating a calf muscle in warm-ups. Brian McBride and Joe-Max Moore also were ailing.

Trying to add some spark to the attack, Sampson inserted Preki in the 74th minute and it worked. Earnie Stewart lofted a cross-field pass to the right flank, which Preki sent into the box. Marcelo Balboa laid a pass out to Ramos, who scored.

"I said this was a must win for us because we don't want to go down to the last game having to win," Ramos said. "This is such an important win for U.S. Soccer, the most important game in the last six or seven years."

Only four days after qualifying for the FIFA 2010 World Cup, the final Hexagonal match did not mean a thing to the USA in Washington, D.C. Yet, the Americans played their hearts out for an injured teammate.

For Costa Rica, it meant everything and a ticket to South Africa 2010.

With the Ticos clinging to a 2-1 lead in the fifth minute of second-half stoppage, Jonathan Bornstein broke the hearts of every fan of that Central American team as he headed in the equalizer.

That dramatic goal denied Costa Rica from reaching the World Cup and boosted Honduras into the competition.

It was an emotional match for both sides.  The night before, forward Charlie Davies was seriously injured in a car accident. In the ninth minute, fans held up white cards with a No. 9, his number.

"We used Charlie's situation to motivate us," goalkeeper Tim Howard said. "We're happy he was alive, and that in itself gave us a lift. Charlie would give anything at this moment to put on a jersey and have it all back. You almost kind of feel lucky and privileged, and that was kind of motivation to us."

For most of the game, the Ticos enjoyed the upper hand. Bryan Ruiz struck twice - in the 20th and 23rd minutes - to give the visitors a two-goal advantage.

The relentless Americans, however, refused to wilt. Michael Bradley sliced the lead in half in the 72nd minute. 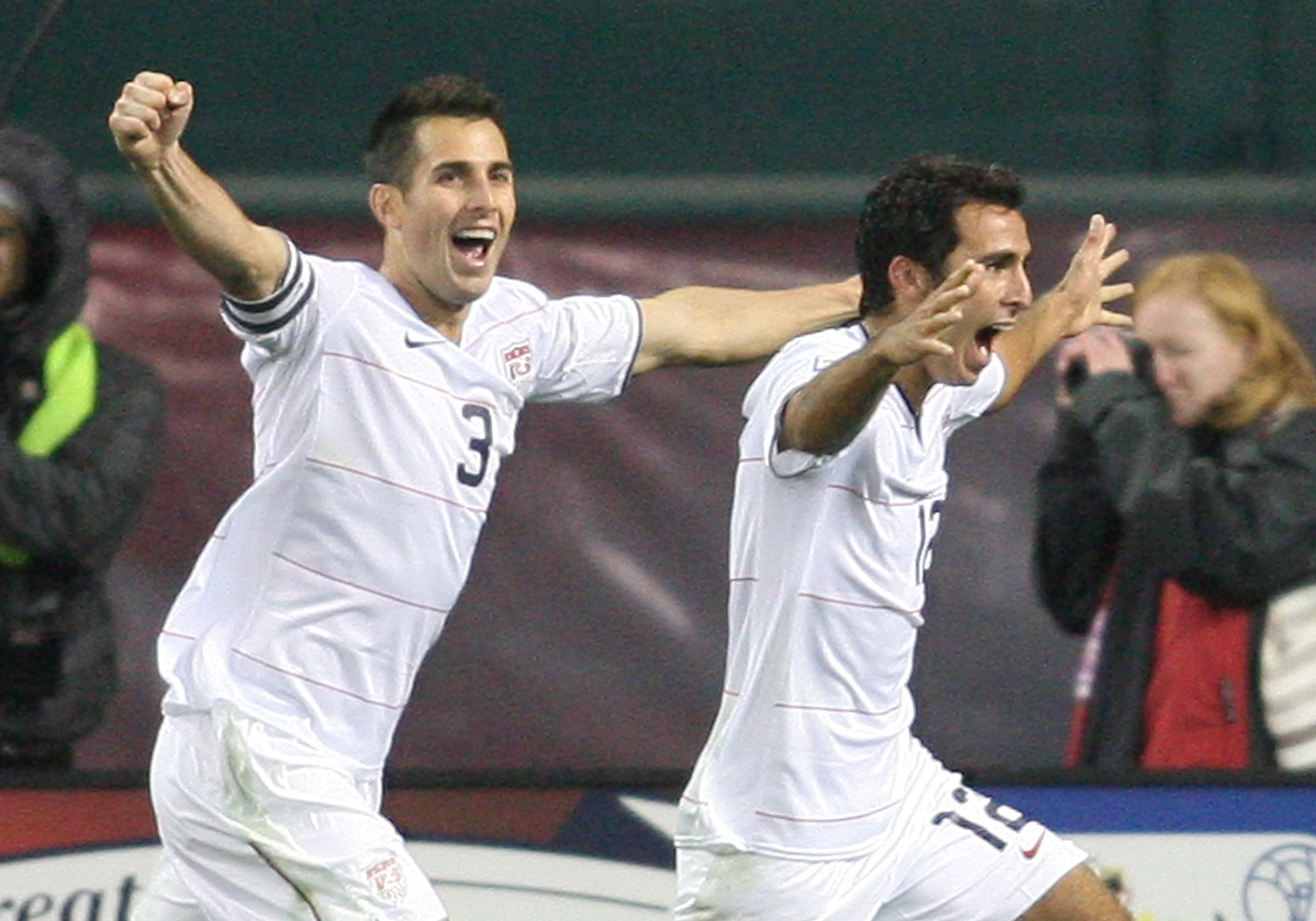 With the hosts playing a man down due to an injury to Oguchi Onyewu (torn patellar tendon) and Costa Rica some 20 seconds from booking a ticket to South Africa, Bornstein headed in Robbie Rogers' corner kick from seven yards.

"I don't normally go up for corner kicks. Usually I stay back," Bornstein said. "But for that one, I was like, 'I'm getting in there. This is a last-shot effort.' He put in a good ball, and I found myself wide open."

Mention SnowClasico and every USMNT supporter knows what game you are talking about.

In the first U.S. WCQ played during a snowstorm, the Americans prevailed at Dick's Sporting Goods Park in Commerce City, Colo., 1-0.

No one realized the snow would have such an impact on the match. 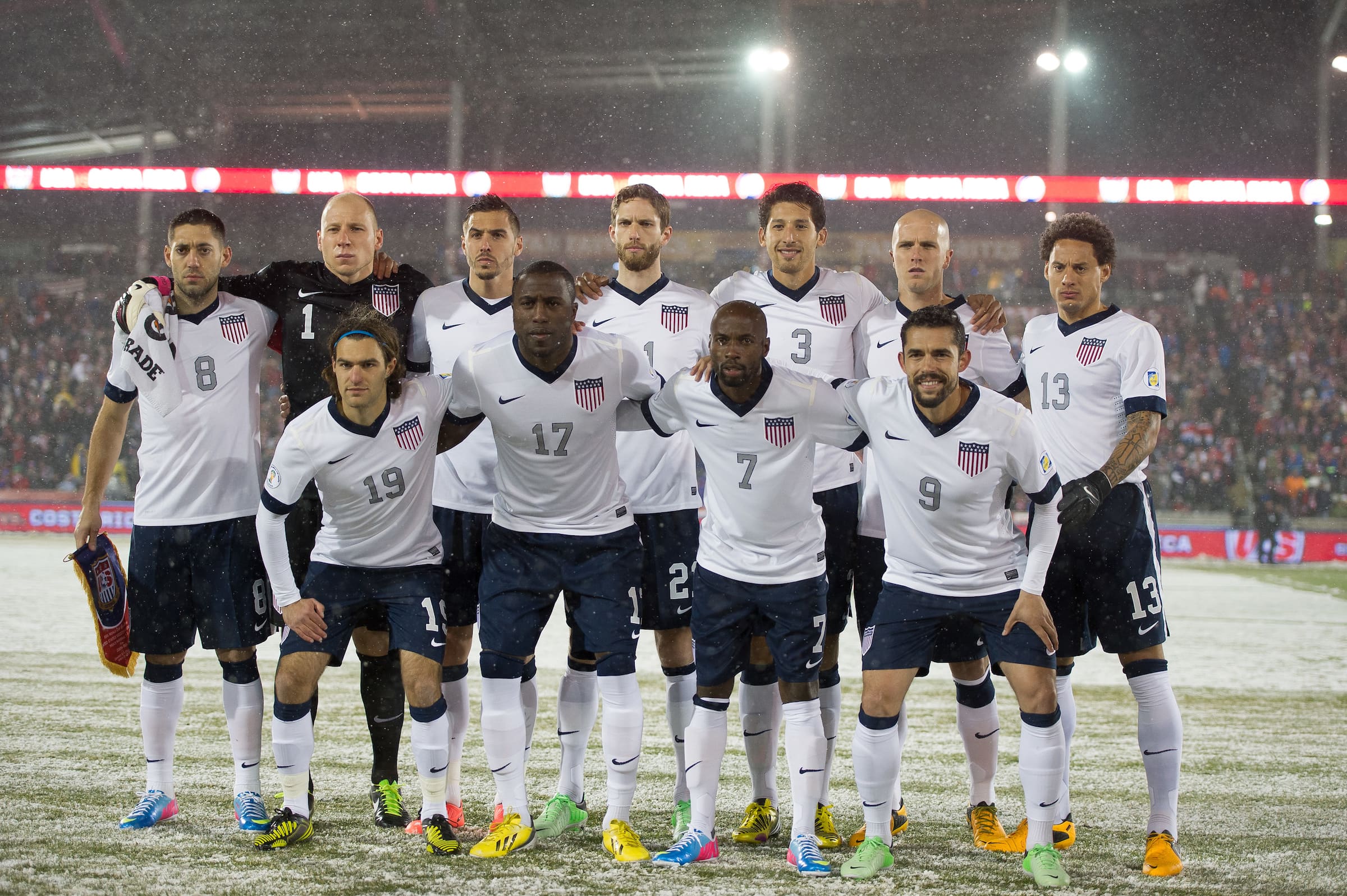 When the team bus left its hotel, it started snowing. After arriving at the stadium, several players checked the field. 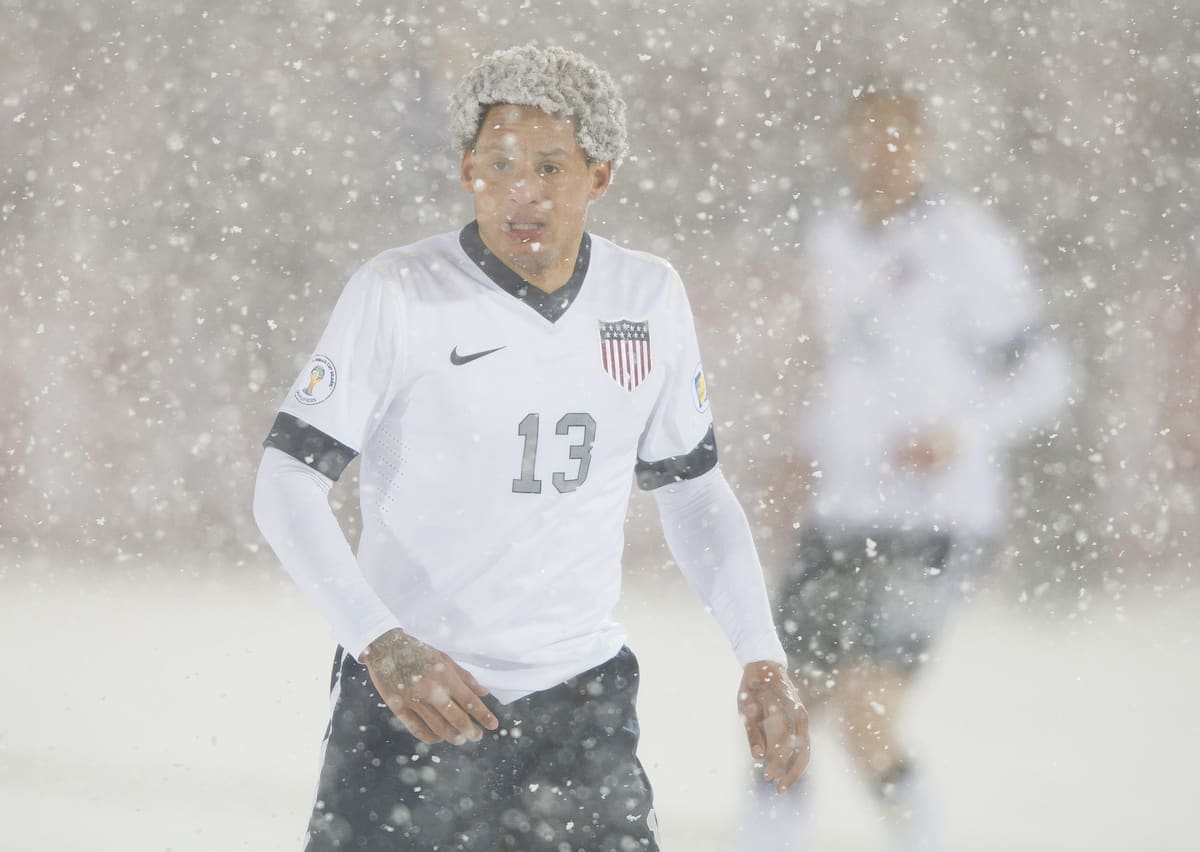 "I swear when we went out to check the field, it was flurrying, maybe," team captain Michael Bradley said. "We came back in and changed ... for the warm-up. We walked out the locker room door and looked out on the field; it was like a whiteout. It had started to really come down. This is not quite what we expected but you roll with it."

The snow made for some unique conditions after the grounds crew used plows and shovels to clear the penalty area, center circle and midfield stripe. A yellow-and-purple ball was used. The USMNT wore its white uniforms, which were hard to see in the storm.

When DaMarcus Beasley slid on his back after a collision, he formed a sort of a snow angel. 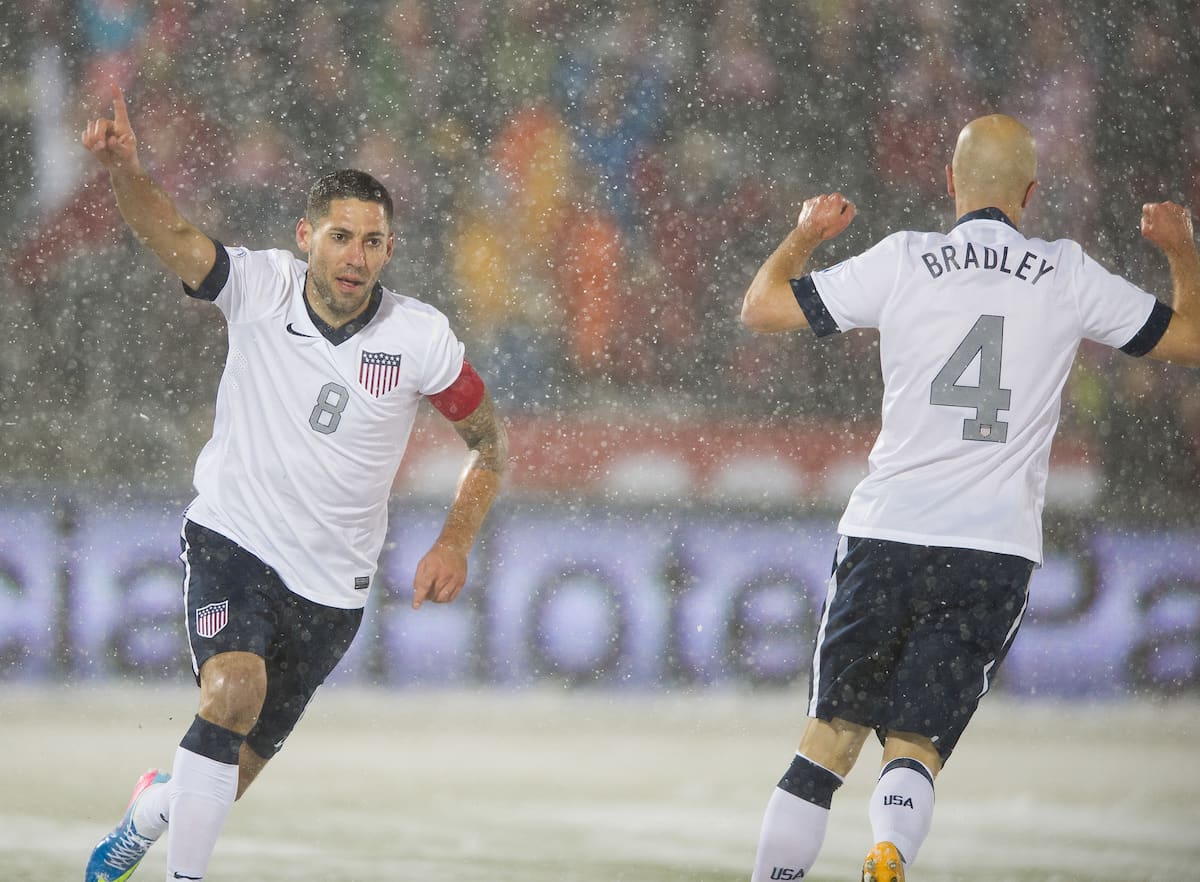 "It was difficult out here to see anything," said Clint Dempsey, wearing the captain’s armband for the first time. "We were able to come together when we needed to."

Jozy Altidore drilled a shot from atop the box that deflected off defender Roy Miller. An onrushing Dempsey slotted the ball home in the 16th minute.

“The second half, the snow coming up past your ankles, it was almost unplayable,” Dempsey said.

The Americans, who extended their WCQ home unbeaten streak to 23 games (21-0-2), needed that win after losing an early lead in a 2-1 loss at its Hexagonal opener at Honduras on Feb. 6.

The game was temporarily stopped in the 55th minute, as referee Joel Aguilar (El Salvador) and match supervisor conferred as the lines were cleared on the pitch. 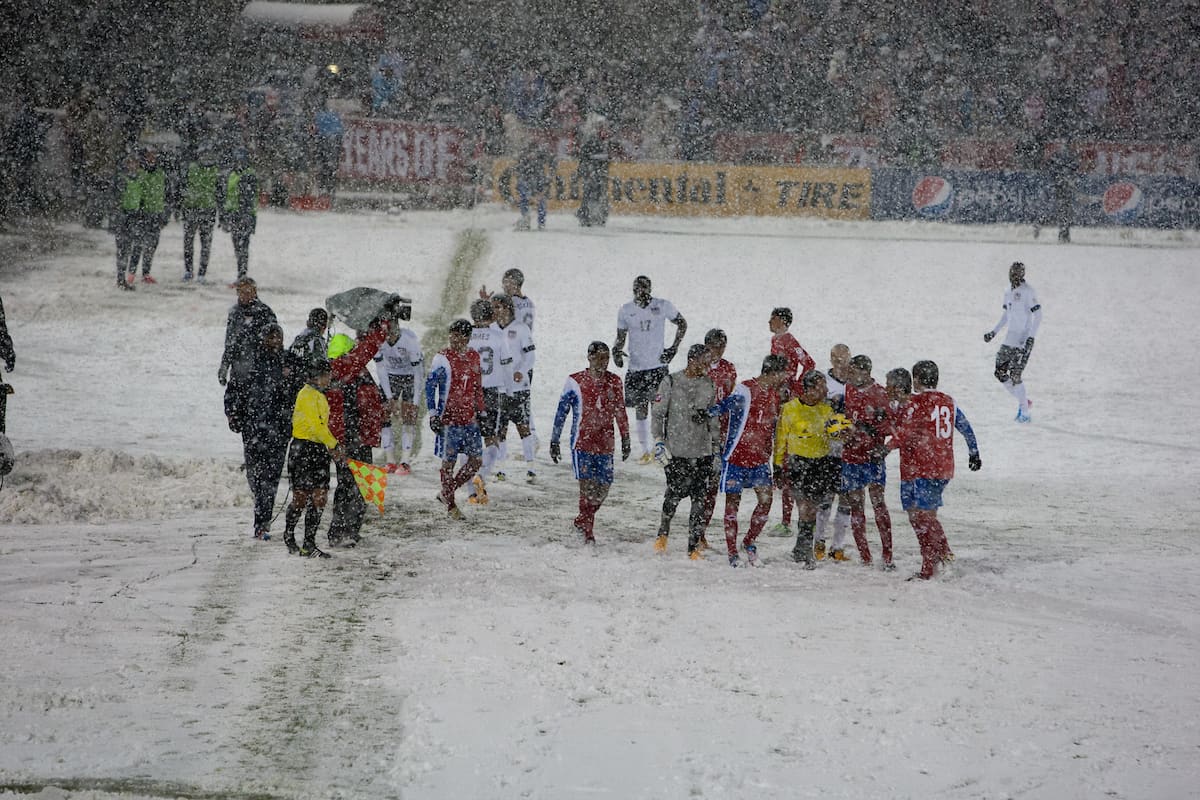 "It was a nice snow battle," U.S. head coach Jurgen Klinsmann said. "I kind of grew up in the snow. I played those games when I was little for many years. You try to push the ball into the opponents' area. You can't pass. That's a game you can't play anymore. You play the balls down the line."

Naturally, there was some drama. In the 70th minute, Michael Umana put the ball into the back of the net, but Costa Rica was called offside. 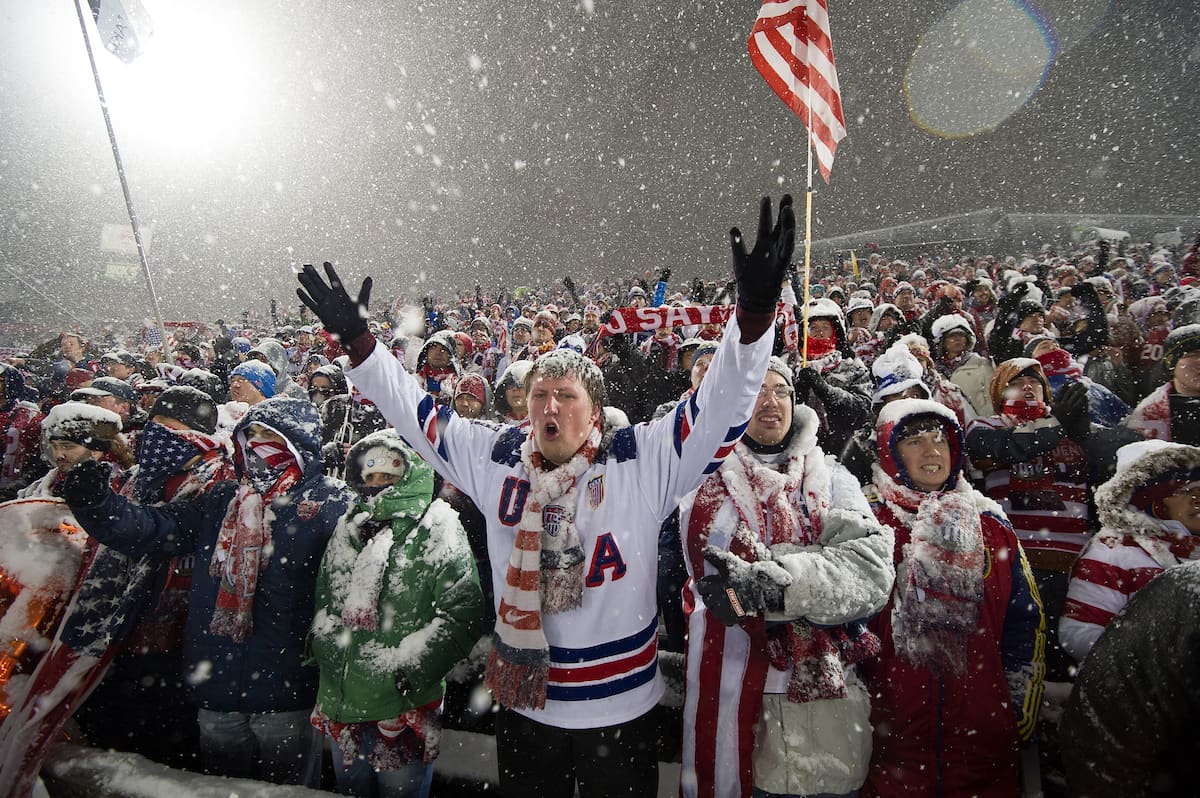 The USA held off the Ticos, who were furious.

"It was not fair, not fair," Costa Rica coach Jorge Luis Pinto said. "It was an embarrassment for soccer and FIFA tonight. There was no respect at all. The referees don't know the game if they allow it to be played in these conditions."