CHICAGO (Jan. 24, 2022) – U.S. Under-20 Men’s Youth National Team head coach Mikey Varas has called up 26 players to kick off an important 2022 for the USA. The team will train from Jan. 24-Feb. 2 at IMG Academy in Bradenton, Fla. as it continues preparations for this summer’s Concacaf U-20 Championship, which will serve as qualification to the 2023 FIFA U-20 World Cup and the 2024 Summer Olympics.

The U-20 MYNT kicked off the 2022-23 cycle last November at the Revelations Cup in Celaya, Mexico, facing off against top competition in Brazil, Colombia and Mexico. The tournament marked the U-20s’ return to action for the first time since Jan. 2020 after the 2020 Concacaf U-20 Championship and 2021 FIFA U-20 World Cup were canceled due to the COVID-19 pandemic.

Two players return to the U-20 MYNT after spending December with the senior USMNT in Carson, Calif. Defender Kobi Henry and forward Caden Clark were both a part of the full team’s training camp last month and were on the bench but did not play in the USA’s match vs. Bosnia and Herzegovina.

A number of players come into camp from new club homes or with new contracts. Four players have moved to Europe this winter as goalkeeper Anthony Ramos is on loan at Portugal’s Real SC, defender Mauricio Cuevas signed with Belgium’s Club Brugge, forward Patrick Bohui joined Denmark’s Vejle Boldklub and Clark completed a move to RB Leipzig in Germany.

Defenders Obed Vargas (Seattle Sounders FC) and Caleb Wiley (Atlanta United FC) as well as midfielder Daniel Edelman (New York Red Bulls) have all signed Major League Soccer Homegrown contracts since the end of the 2021 season. In total, 14 MLS Homegrowns are a part of the U-20 MYNT roster.

A pair of United Soccer League standouts have also been called up in Henry and fellow defender Noah Allen. Henry was a fixture for Orange County SC during the regular season as the club took home the 2021 USL Championship title while Allen was voted USL League One Young Player of the Year after starting 27 of Ft. Lauderdale CF’s games in 2021, one of four players on the team to log more than 2000 minutes on the season.

Even at this early stage of the cycle, where most players are 17 to 19 years old, the roster is laden with professional experience. Fifteen players made at least 10 professional appearances in 2021. Nineteen clubs are represented on the roster, with 17 players coming from MLS, highlighted by four from the Philadelphia Union. Six players are based abroad, joining from Germany (two), Belgium, Denmark, Netherlands and Portugal (one each). Players hail from 13 states, including six from California and a rare call-up for an Alaska native in Seattle’s Vargas.

The roster’s three 2005-born players are also age-eligible for the 2025 U-20 World Cup cycle. Vargas and forward Esmir Bajraktarevic both signed their first pro contracts in 2021, while midfielder Kristian Fletcher is currently unattached. 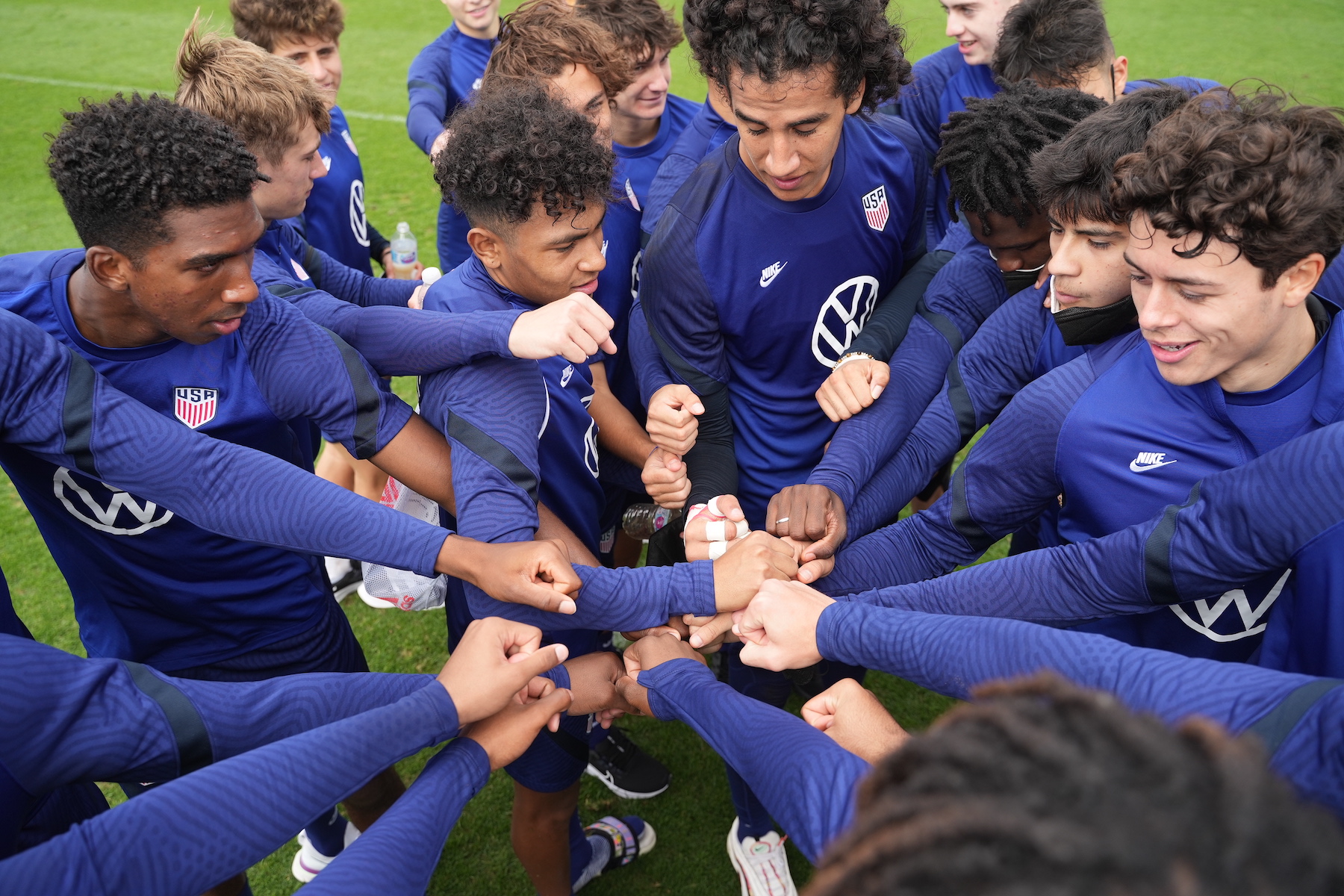 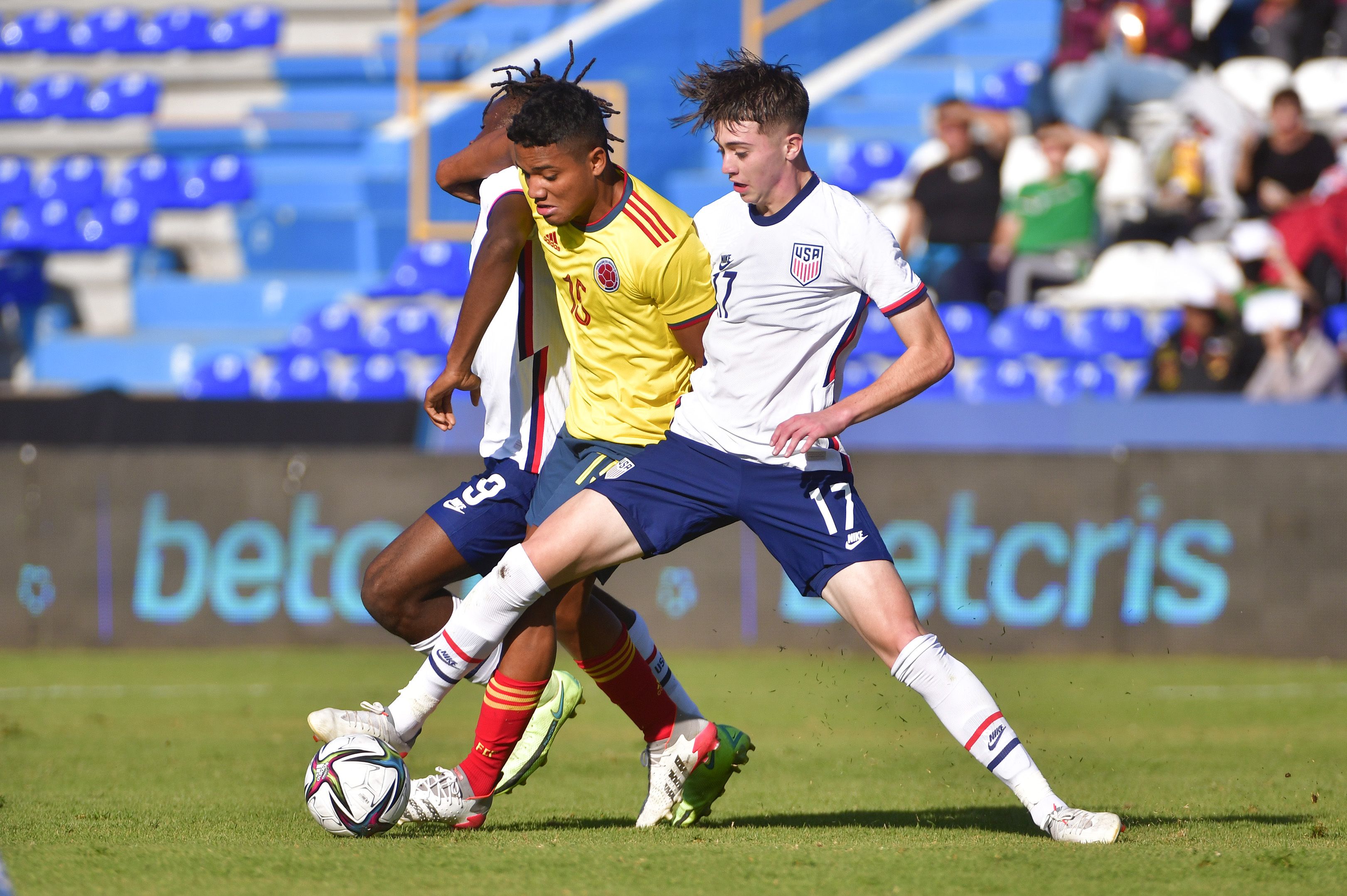