Those words have become the unofficial mantras of the U.S. Men's National Team in light of three vital FIFA World Cup Qualifying matches during the next week.

Those games are expected to be played in sub-freezing temperatures. And there is always the chance of snow.

USMNT players are accustomed to cold weather and the snow, regardless of where they grew up.

"It kind of takes me back to when I was younger," the Fulham left back said Monday. "Boxing Day was a big thing in my Sunday League team. We used to play dads vs. lads. All the sons would be playing against the dads on a snowy pitch. That's some of the happiest football I've ever played. It's going to be something to enjoy. I've not played on snow in a long time. So, I'm really looking forward to it.

"I think a lot of the lads are going to embrace the conditions." 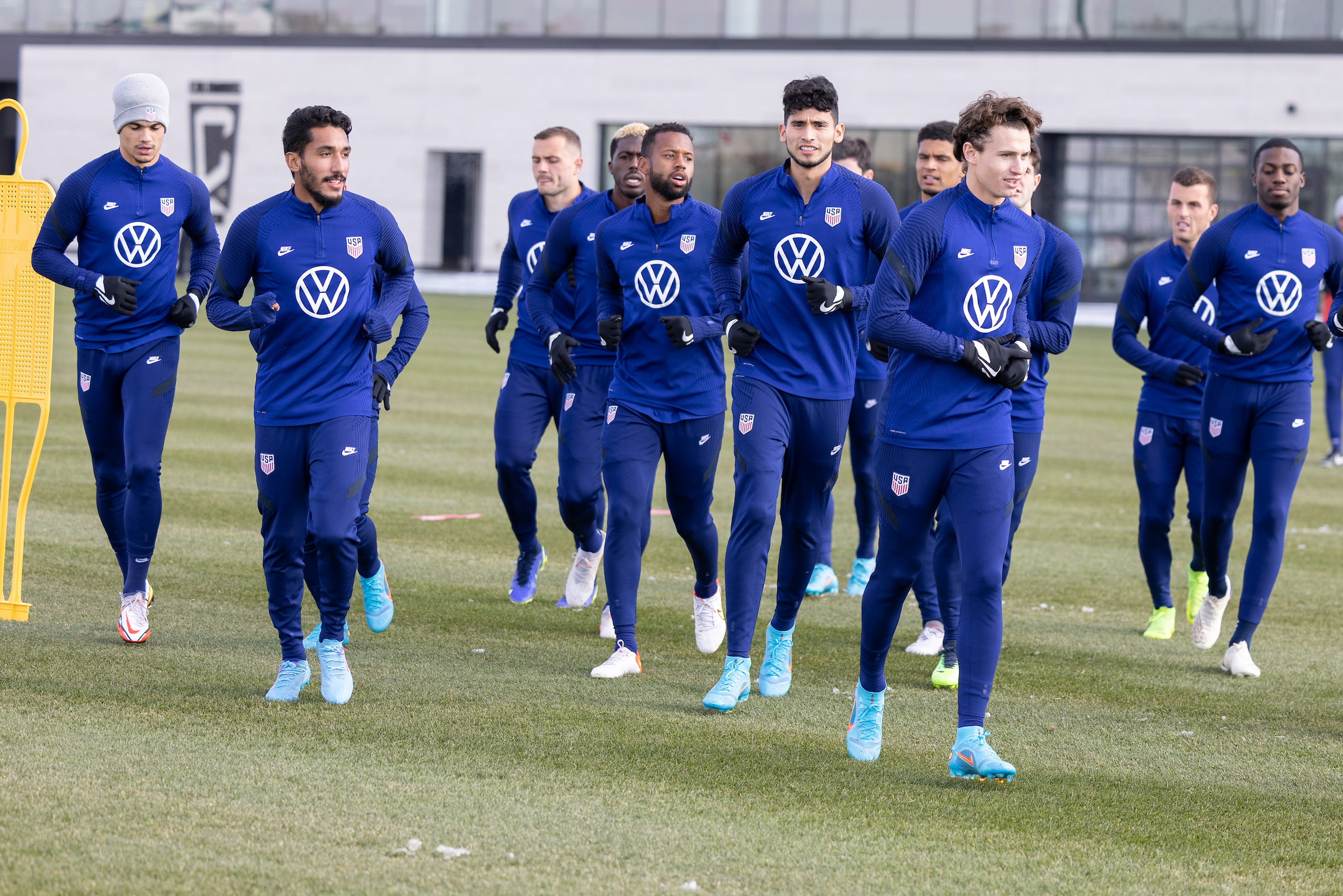 Antonee Robinson (left) warms up with the USMNT during training on January 25, 2022 (John Dorton / ISI Photos)

Cold weather soccer is part of midfielder Tyler Adams' soccer DNA. Hailing from Wappingers Falls, N.Y. – about 75 miles north of Manhattan – Adams has plenty of experience performing in those conditions from his formative days coming through the New York Red Bulls system and more recently with RB Leipzig in the German Bundesliga.

"Playing in New York, I've played in a lot of conditions that weren't great," he said, remembering a snowy game in Colorado that needed an orange ball "when you couldn't see where out of bounds was on the field."

"I've definitely played in some tough conditions," Adams added. "But for me, it doesn't matter. The cold is the cold. In Germany, it's cold, not quite as cold this year yet, but it's getting there. So, we're used to it.”

Often known for covering more ground than anyone else on the field, the 22-year-old midfielder quipped, "The cold is not going to stop us from doing what we do. If anything, it's just going cause us to run a little bit more to stay warm.”

U.S. Soccer’s choice of Columbus and St. Paul as qualifying venues in the winter months was calculated.

Rare is the time that a match in official competition is played in the wintertime, much less the three games on the docket for Concacaf teams in the final round of World Cup Qualifying. Scheduling challenges due to the global health pandemic created the circumstance, and with the middle game of the set being hosted by Canada in Hamilton, Ontario – the desire to reduce travel and allow for more recovery time between matches was a strong one.

When the USMNT arrives in St. Paul for the final game of the window against Honduras, the team will have traveled a total of 935 miles over two flights, while their opponents will have trekked more than 2000 miles from San Pedro Sula.

The more obvious factor is the advantage the home winter climate can offer the USMNT against their Central American opponents, whose rosters are majority filled by players who feature in their own domestic leagues.

Built for the elements. ❄️ pic.twitter.com/vvVJyO3QBY

It’s a bit of reverse gamesmanship in response to what the team has often experienced in away qualifiers. For decades, the USMNT has played qualifiers in the hot and humid weather of Central America or experienced the lung-busting altitude of places like Estadio Azteca in Mexico City.

With the additional qualifying window added in late January and early February, turnabout can be fair play.

“Just as all the times we go down to Central America, and we’re playing in the humidity and the heat and sometimes the smog and the altitude, this is an opportunity to us to gain an advantage on our opponents,” head coach Gregg Berhalter said. “It’s going to be really difficult for them to deal with these conditions. They’re going to take a couple breaths in and it’s going to hit them like they’d never been hit before.

“Our guys, who have been playing in Europe in cooler temperatures … will be ready to go. We see this as a big window for us.”

In contrast, when Gyasi Zardes joined the Columbus Crew in 2018, the forward had plenty of time to acclimate himself to the changing seasons and the cold after growing up in Southern California and playing five years with the LA Galaxy. 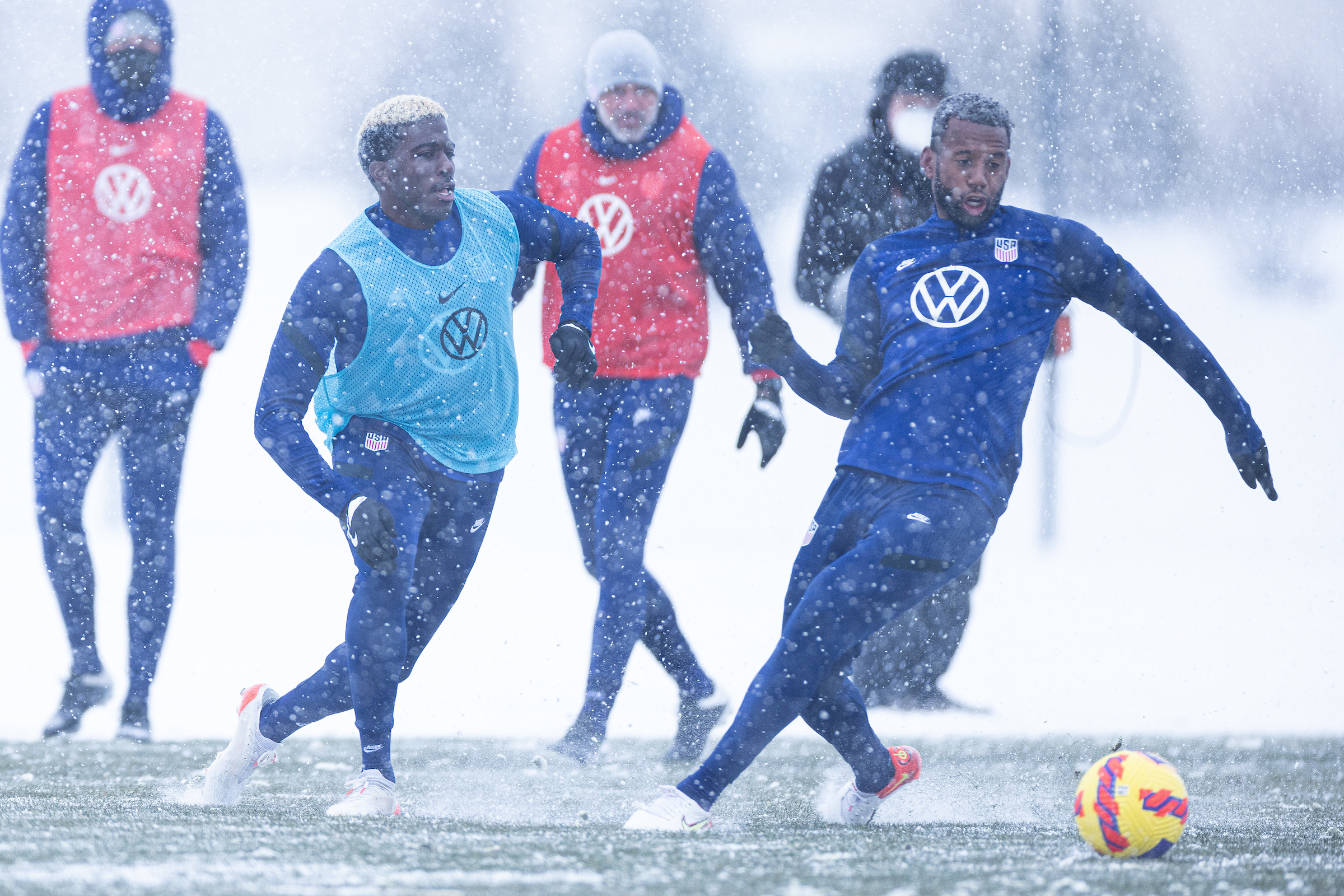 "I'm used to the cold weather now," said the veteran USMNT forward following training two days before the match against El Salvador. "It's actually a beautiful day. The snow is cleared off the field. We're embracing it. We're looking forward to the playing in this weather."

This isn’t the first time the U.S. will host winter qualifiers. On Feb. 28, 2001, the Americans welcomed Mexico to Columbus Crew Stadium. With a temperature of 29 degrees at kickoff – and after the Mexican team didn’t leave the locker room for warmups - the USA recorded the first of four-consecutive 2-0 home wins against El Tri at the storied venue.

In the now famous Snowclasico, the USMNT played through a snowstorm to record a 1-0 qualifying victory over Costa Rica in Commerce City, Colo. on March 22, 2013,.

U.S. defender Walker Zimmerman watched that game on television, and relishes the opportunity to have a unique opportunity.

"I want it to be freezing. I want to be cold. I want snow,” the veteran center back said last week. "I want to be a part of something so iconic that I saw and really remember growing up. So, I think the guys are ready to embrace it, embrace the cold." 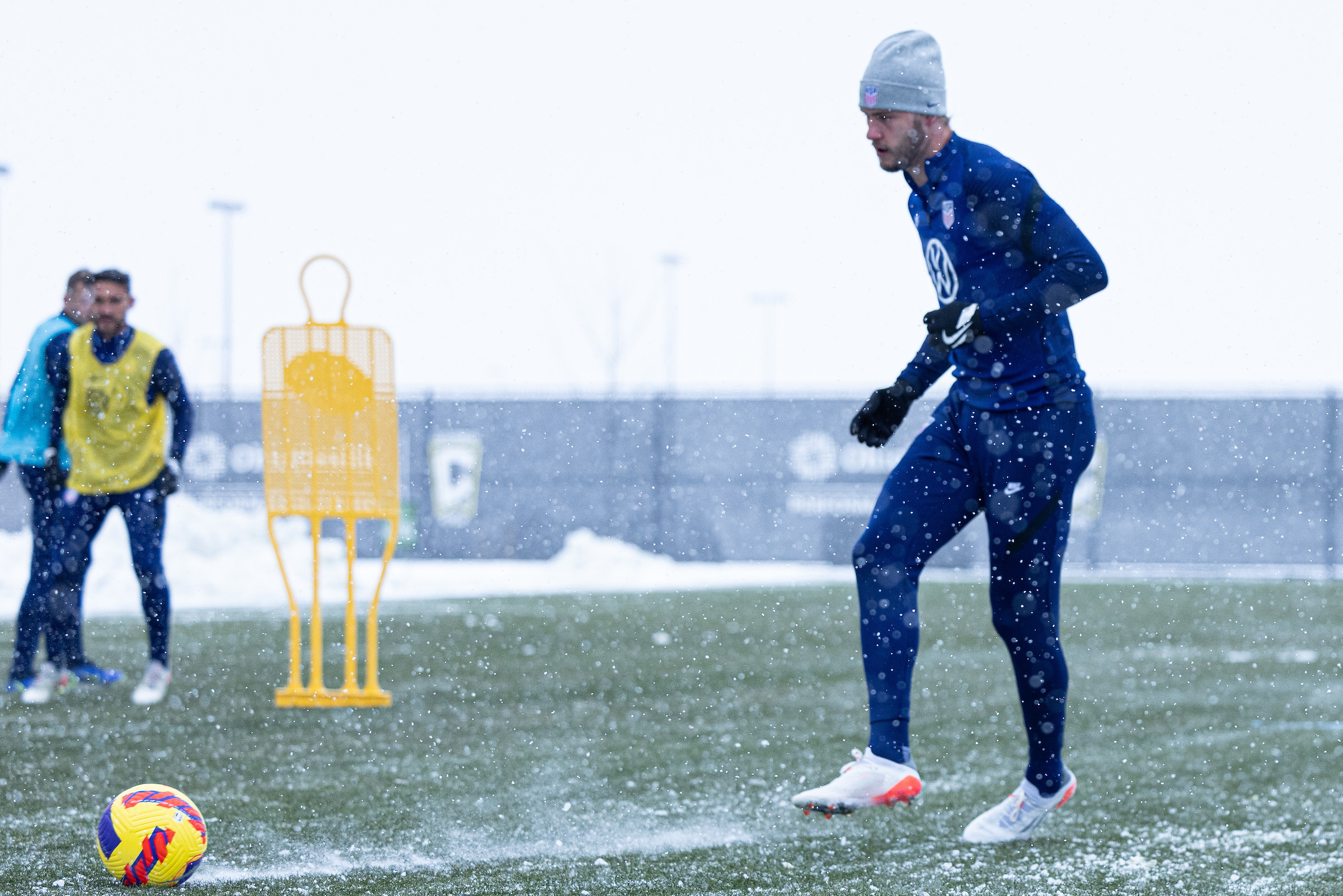 Zardes thrived in deteriorating conditions in Columbus when the Crew upended defending MLS Cup champion Atlanta United, 2-0, on March 30, 2019. He scored the first goal in a game that was interrupted by a rainstorm for a half hour.

The USMNT will aim to take advantage of it by embracing the cold, starting Thursday night against El Salvador.