The artwork will be available as an exclusive NFT for fans attending the match in St. Paul, Minn. Kickoff from Allianz Field is set for 7:30 p.m. ET on FS1, Univision and TUDN. 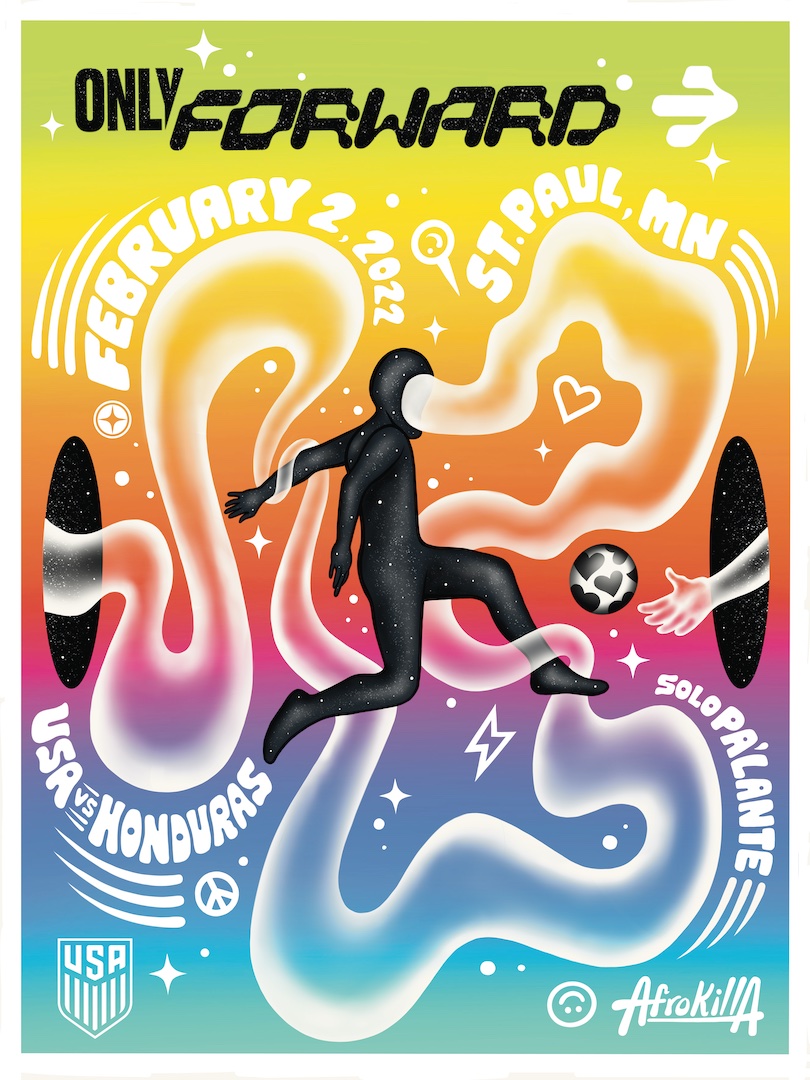 Fans at Allianz Field will be able to text a special phone number in order to redeem an NFT of Afrokilla’s artwork on matchday. More information will be e-mailed to ticketholders ahead of the game and the “text to redeem” instructions will be displayed on the videoboard at the stadium.

Afrokilla is a Chicago-based artist who prides himself on creating pieces with raw, colorful expression, specializing in public art murals and live painting at events. He’s been interested in street art since 2012, working to make life more colorful and promote positive thinking while maintaining a groovy flow. His work is inspired by skateboarding, pop culture, the psychedelic era and urban culture and he hopes to invite everyone to learn and grow organically together.

The Panini Group, established 60 years ago in Modena, Italy, has subsidiaries throughout Europe, Latin America and the United States.  Panini is the world leader in officially licensed collectibles and is the most significant publisher of collectibles in the U.S., with official licenses for NFL, NFLPA, NBA, NBPA, FIFA, Premier League, U.S. Soccer, UFC, MLBPA, NASCAR, College, Disney, Epic Games and other key properties from many other licensors. Panini is also the exclusive trading card and sticker partner of the Pro Football Hall of Fame, Naismith Memorial Basketball Hall of Fame and Pop Warner Little Scholars, Inc.