Former Partizan Prize Stefan Lukic at Home in a Hailstorm

“I’m happy to say my job is playing soccer,” said the 25-year-old Serbian Stefan Lukic, days after his Northern Colorado Hailstorm (of USL League One) set a date with 2009 MLS champions Real Salt Lake in the Third Round of the Open Cup.

“My job is playing the game I love,” he added, a whisper of disbelief in his voice.

Lukic sounds like a lot of the earnest strivers who toil away in the lower leagues, grinding it out. Hunting a sniff of the big-time. And in some ways he is. But seven years ago Lukic was the next big thing in the European game. Nine years a captain in the vaunted Partizan Belgrade youth system, his move to Everton in the English Premier League was only going to be the beginning.

So why, instead of Goodison Park and the European dream theaters of the Bernabeu and Old Trafford beyond it, is Lukic playing at a stadium shared with a minor-league baseball team? How did he end up with a first-year club in the third-tier of American pro soccer? And why does he sound like he’s having the time of his life?

“I was a kid and things didn’t go well,” admitted Lukic, who speaks slowly but always with great enthusiasm, to usopencup.com. “I had a contract to go to Everton [that fell through], some bad luck and many, many things went wrong. It just didn’t work out.” 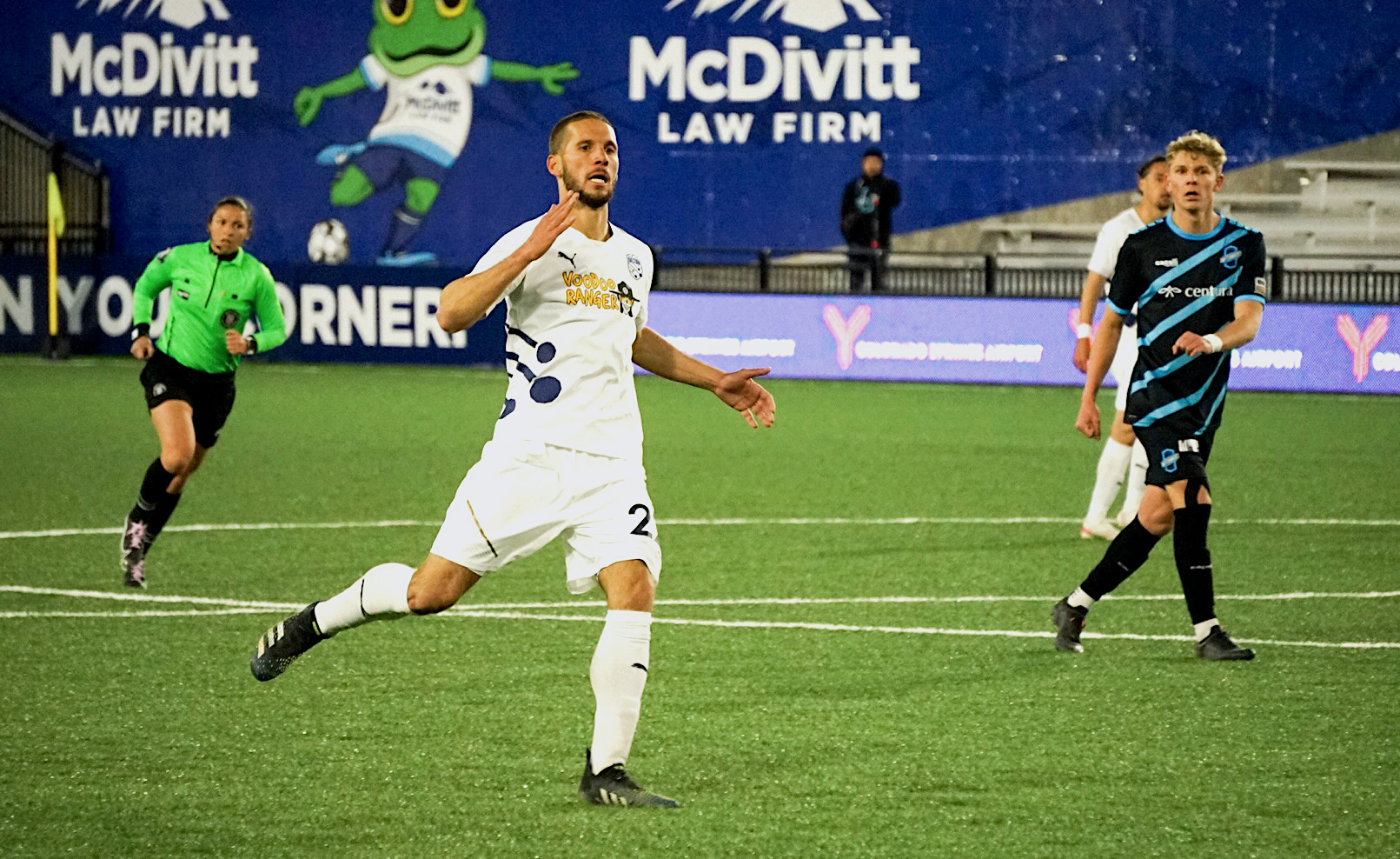 It’s difficult to overstate the promise of young Lukic, born in Suljam, Serbia in the late 1990s – in the dying embers of the Yugoslav Wars. In 2015 he was spotted by scouts of the preeminent pan-Balkan talent factory that is Partizan’s youth academy. He moved away from his family and into an apartment with a group of other young hopefuls he’d never met before – all of this at the tender age of 11.

In the big city of Belgrade he ate, slept and breathed the game. He was being groomed for the top stages and looking every inch a future superstar. “It wasn’t just the best young players from Serbia, but from the whole region,” Lukic remembered. “Croatia, Bosnia, Montenegro – the whole of the Balkans.”

Lukic spent nine of his 11 years there as captain of the club’s various age-group teams. But when it came time to sign for the first team in the Serbian SuperLiga, at the age of 17, there was no offer. He’d have to find his fortunes abroad. That seemed, given his high-profile scouting report, a minor bump in the road.

But first the Everton deal fell through. Then there was a falling out with his agent. After that unfolded a story far more common than those of shooting stars like Juventus’ Dušan Vlahović and Fulham’s Aleksandar Mitrović – his academy mates at Partizan.

“It was frustrating. I was young and not very experienced and not very wise,” admitted Lukic, who will watch this November as eight members of his generation from Partizan play for Serbia in FIFA World Cup. “I was 17 and things didn’t go well and so I went a different way.

“I went to the United States,” he said.

He landed in Bartlesville, Oklahoma – smack in the middle of a sprawling and unfamiliar country. A friend of his was playing collegiate soccer there. And when head coach Jamie Peterson of the Oklahoma Wesleyan Eagles found out he had a player of Lukic’s pedigree and talent enrolling at the school, he fast-tracked a full-ride scholarship.

And so, instead of those footballing cathedrals of the old continent and the Champions League, Lukic played collegiate ball at the OKWU Soccer Complex against the likes of Missouri Valley College, Governors States and Central Methodist. “It [the transition] was difficult at first. The level of play at college was, well, different,” said Lukic, who despite a natural urge toward optimism admits to being “ready to quit the game; to hang it all up” at stages in his college career.

It was no surprise when Lukic was named an NAIA first-team All-American all four years he played at Wesleyan. He scored 24 goals and had 43 assists in 38 starts for the Eagles before graduating with a marketing degree last year. And despite his moments of doubt, Lukic “started to love it.” It helped that he met his future wife (who’s now pregnant with the pair’s first child) there in Oklahoma.

And then, out of the blue and a long way from his time as the belle of the Partizan academy, the old tug of a possible pro career returned. “Leaving the game,” he said. “That just didn’t feel right.”  But this time it wasn’t going to be Everton or the Premier League. Far from it.

He first lined up for Corpus Christi FC in USL’s all-amateur League Two before signing his long-awaited first professional contract with the Northern Colorado Hailstorm. It’s a club, less than fourteen months-old and still finding its feet, but making big waves in this inaugural season and the Open Cup too. “Some things in life don’t go as you plan, but it’s no reason to stop trying to get better,” Lukic added.

Still just 25, and with the talent and training he possesses, a future in the top flight of Major League Soccer (MLS) remains a distinct possibility for Lukic.

“It wouldn’t surprise me if Stefan is playing in MLS in a few years,” confirmed Hailstorm coach Eamon Zayed, the Irish-born Libyan international who knows something about Cup runs as a former Irish Cup winner with Sporting Fingal and a League of Ireland Cup winner with Derry. “He has that kind of ability.” 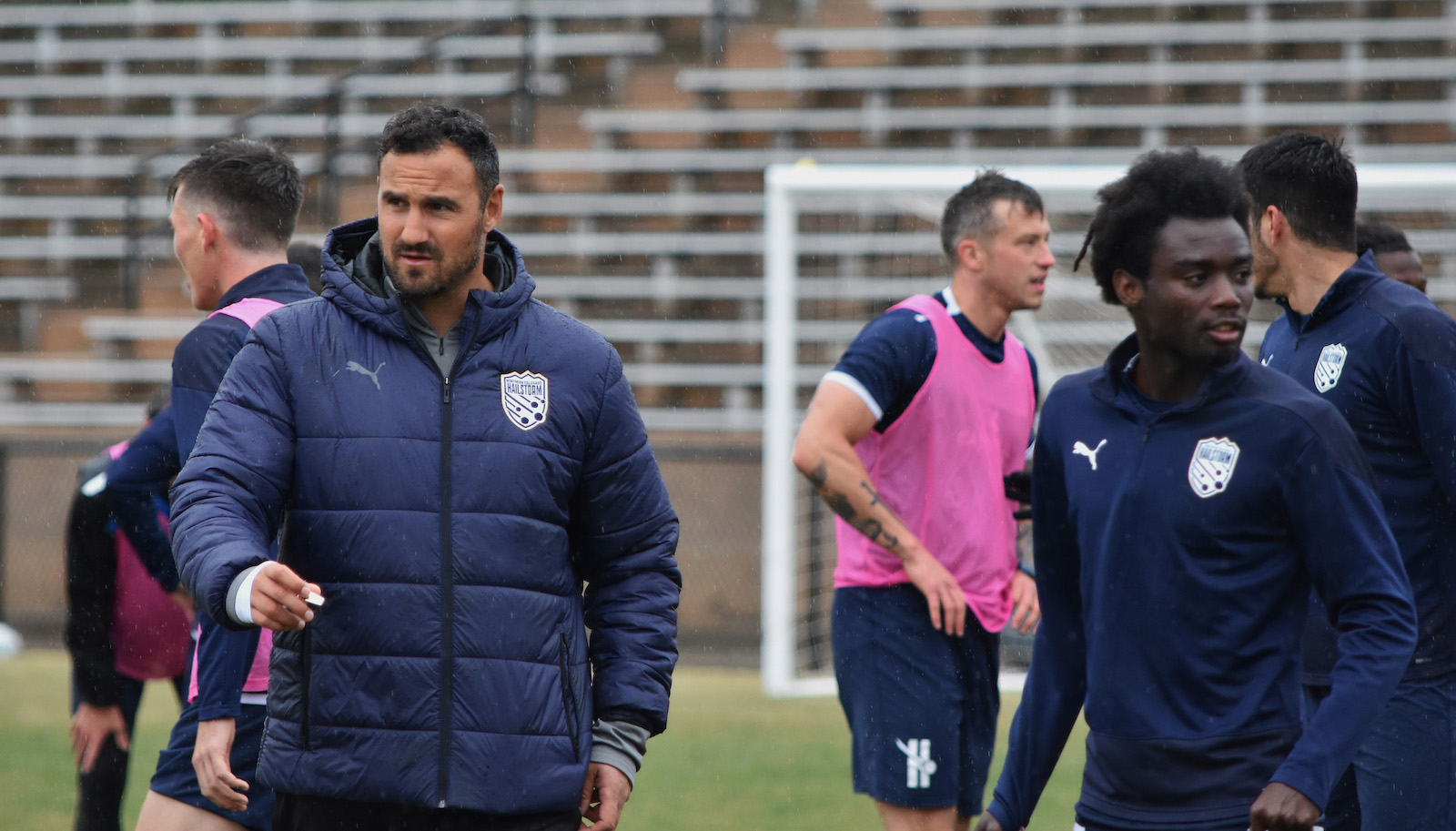 Lukic is honest about his goals, having overcome the disappointments of his teenage years and his flirtation with the cruel blows the game can wield. “Every USL player wants to move up; it’s a common dream and I am no different,” he said, just days away from a chance to show one MLS team in particular – Real Salt Lake – just what he’s made of. “I want to be the best version of myself and it would be a dream – I love living in the US; I love being here. If I could get to MLS, well…”

But first things are first. After playing his part in a battling win over USL Championship toppers Colorado Springs Switchbacks, in which his Hailstorm played down a man for most of the game, there’s now a spot in the Fourth Round open to Lukic and his teammates.

“It was a turbulent game,” Lukic said of the win over the Switchbacks, which was the Hailstorm’s first-ever competitive game, saw the club score its first-ever goal (via Haitian striker Jerry Desdunes) and register a first win. “It was an amazing game on our side – how much fight we showed to beat one of the best teams in the USL Championship, being a man down like we were.”

A Date with the Big Boys

When speaking of the next game, a mischievous edge comes into Lukic’s voice.

“It’s a lovely game for us,” said the player, who once, long ago and a world away, reached the quarterfinal of the Serbian Cup. “On paper, they are supposed to win. But winning on paper and winning on the battlefield are two different things. You have to show up and play the game. And you have to want it.”

Watching this historic goal on repeat for the foreseeable future 🤩#HailYeah pic.twitter.com/KBUrXtdHaG

“I’m still here doing the thing I love most,” said Lukic, who’s carving out a future on his own terms in faraway Fort Collins, Colorado . “I’m trying to be better every day – a better human being, a better player – a better everything.” 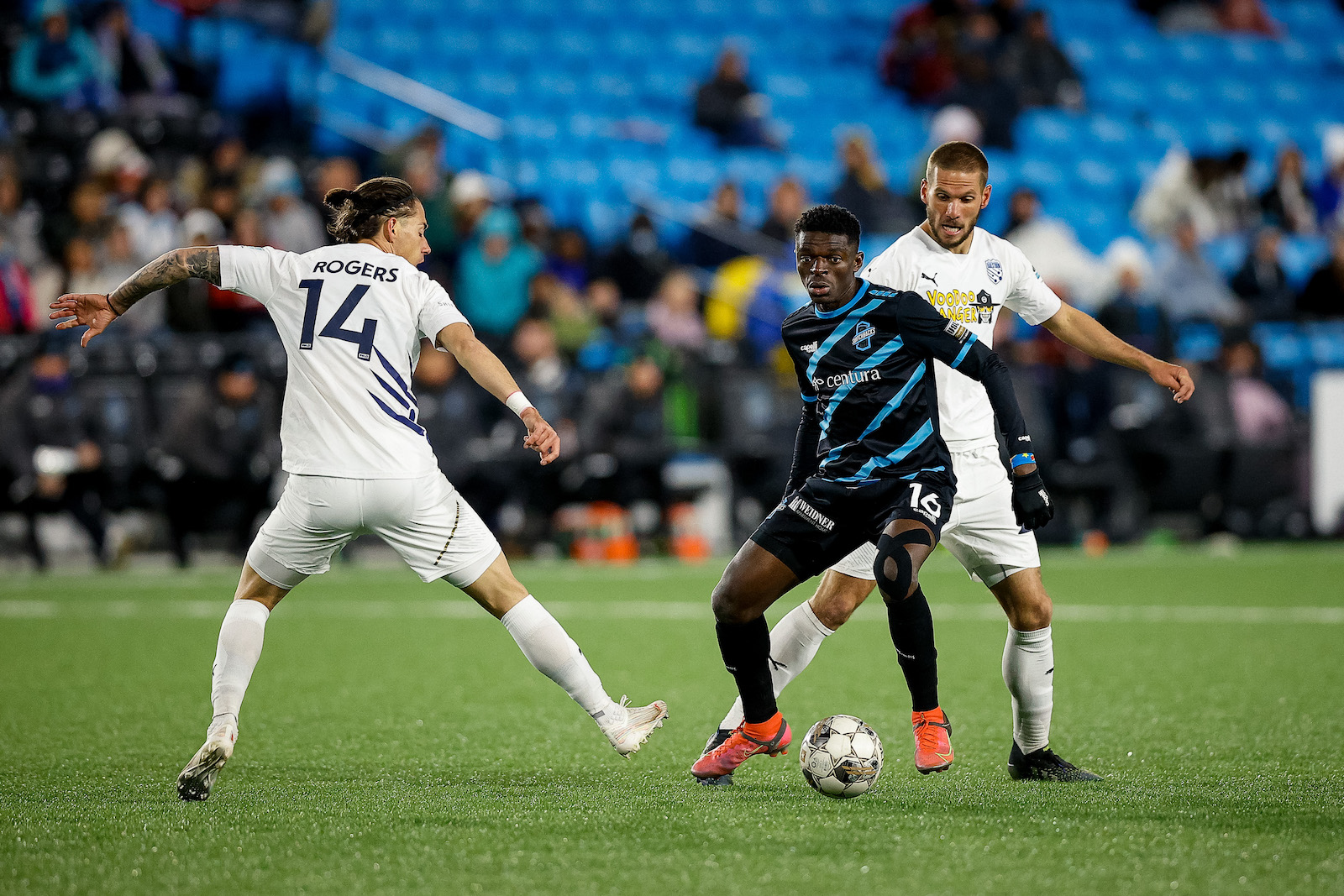