Greensboro-based NC Fusion are one of two surviving amateur sides in the Third Round of the 2022 U.S. Open Cup – and the club’s players are hungry to keep showing the pros what they’ve got.
Jonah FontelaApril 12 2022
Open Cup

Sessoms’ reaction to scoring a fourth goal for his NC Fusion (U-23s) in a shock 4-2 Second Round win over pro side Charlotte Independence was the purest distillation of the Open Cup’s promise. It was raw elation mixed in with a little disbelief.

“I just tried to focus on my first touch,” added the Greensboro native, reliving the sweeping move that sealed a place in the Third Round for the all-amateur side, formerly known as Carolina Dynamo. “I just wanted to come off the bench and make as big an impact as I could.

Sessoms is among the young ones in the team, still with half a year of high school to go. He had to come down off the shock and the adrenaline and get up early for class the next morning. “I was getting a lot of texts and some of my buddies who stayed up to watch came up to me at school the next day,” added the striker, who has committed his collegiate future to UNC Greensboro. “It just feels amazing to be a part of this.”

Family from the Start

The Fusion, of USL’s all-amateur League Two, are in a constant rotation. Continuum is perhaps a better word for this club, molding the area’s top talents since 1993. Sessoms only just stepped into the first team against Charlotte from the club’s academy feeder system. Quiet and polite by nature, this so-called “academy kid” has older players to look up to for guidance – some of them returning for a fifth and sixth year at the club.

One of those veterans keeping an eye on the younger ducklings like Sessoms is Joao Gomiero DeSilva, the highly technical midfield creator who was raised playing futsal in Sao Paulo in his native Brazil. At 24, he’s one of six players returning from last year’s team that made a run to the USL League Two national final (they lost a tense one-goal result to Des Moines Menace). 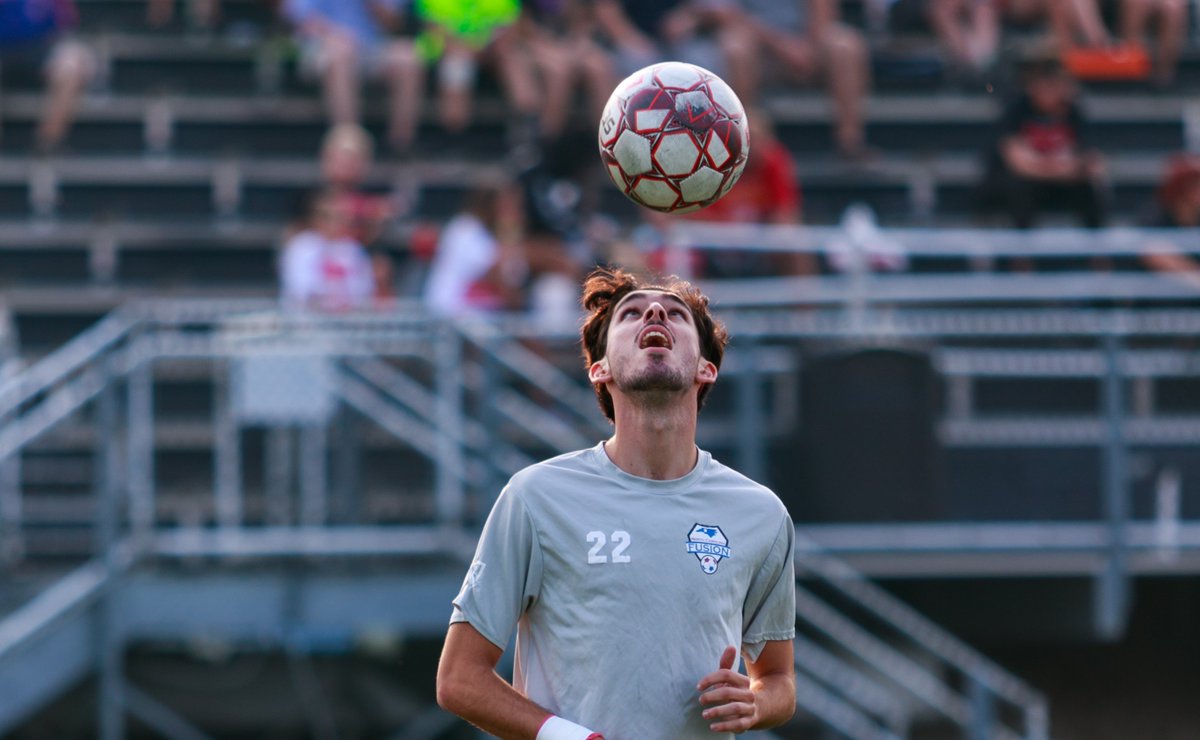 “Our coach [Chris Williams] uses the word togetherness a lot,” said DeSilva who came to the U.S. to play college ball at Division Two Coker College and played professionally, if but briefly, with Charlotte area Stumptown Athletic of the new NISA League (he made three appearances and scored one goal at the club).  “We’ve managed to create a great culture here and it’s like a family.”

Most remarkable about the Fusion’s achievement in the Second Round of this U.S. Open Cup is that the obvious coherence and togetherness were built on days of training – not weeks and months.

“I think we had maybe six training sessions together before the game in Charlotte,” said Sam Henneberg, born and raised in a small village an hour south of London, and another senior player in the team at 22. “But everyone really just believes. We’re always talking, the group-chats were kicking off right away.”

Some of the players share apartments with the local guys. Others, like DeSilva, are hosted by local families. The togetherness Coach Williams preaches is baked into the system and DeSilva speaks of his adoptive Buckleys, who he’s lived with on-and-off for three years, as “like, real family now.”

Some of the players’ drive to succeed is fueled by being overlooked.

“We’re really hungry,” added Henneberg, who remembers his own trials with professional sides ending with impressed coaches – but no contracts. “A lot of us have had trials with these professional teams and the coaches have told us: you're not really what we need. So for a lot of us it’s [Open Cup] a chance to prove them wrong and show that we are good enough even if we don’t have all the background.”

Most of the Fusion’s players, as hinted at by Henneberg, don’t come from the biggest schools in the collegiate game. “We’re not from your Wake Forests or Marylands or your Clemsons,” added the defender, who did his undergrad years at Catawba College and took an extra year of eligibility at the University of New Hampshire (UNH), where he stood out. “The whole squad is pretty much under the radar. And we like that. You know, we haven't got any big egos and everyone’s sort of on the same page. Humble and hungry.” 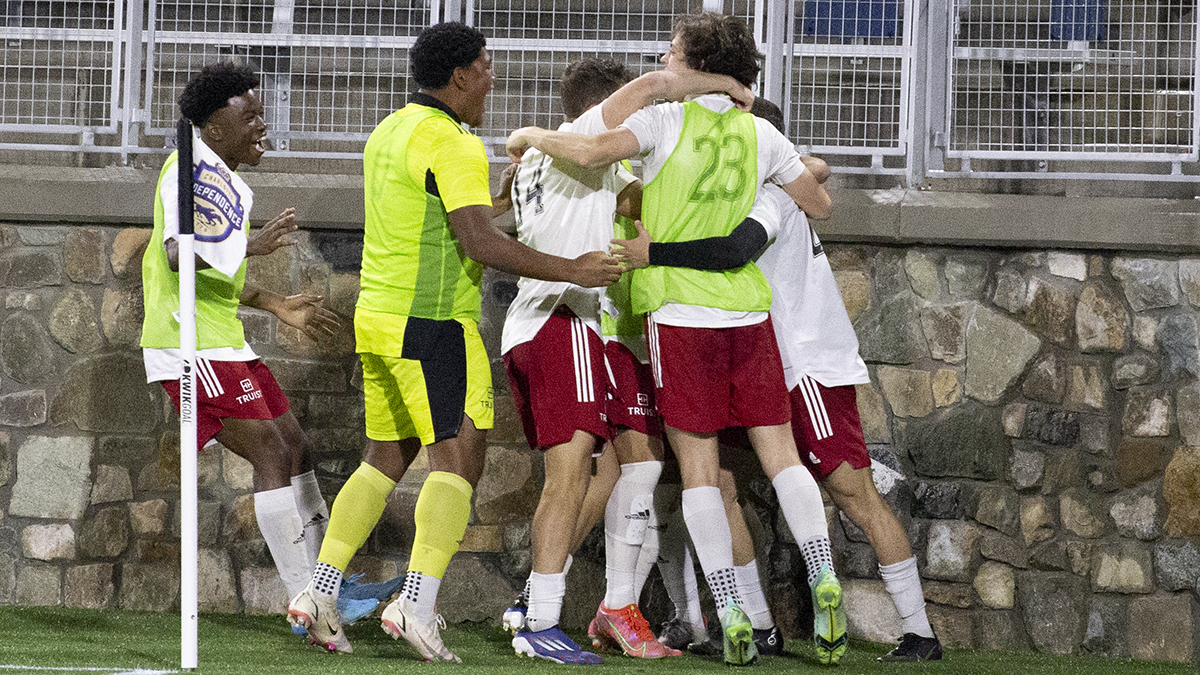 The nature of the game against Charlotte speaks to a deep character in this team. Down a goal at the interval, it would have been easy for the players – and in particular Henneberg, who claims the first half was the “ worst half of soccer” he ever played – to throw in the towel. Instead, they surged forward and, with a little help from an Independence red card in the 73rd minute, pushed all the way to one of this edition’s most memorable Cupsets.

DeSilva knows the Open Cup is the perfect stage for every Fusion player to show their value. It’s not a try-out, it’s trial by fire. It’s direct competition where all that matters is the result.

“All the guys in the team who are done with college have a desire to get a professional contract,” said DeSilva, who was instrumental in last week’s win. “Everyone is desperate for that. And the Open Cup is the biggest opportunity. We want to make sure we showcase ourselves.”

The Fusion are among this year’s amateur daredevils. They’ve taken on (and bested) the pros. Of the 32 Open Division teams (from the fourth tier, the lowest rung of American soccer represented in the 109-year-old Open Cup), only the Fusion and New Jersey’s FC Motown remain. Whichever of them survives longest will receive $25,000 in prize money. But you get the sense those dollars, and the attention they’re getting online and elsewhere, are secondary. 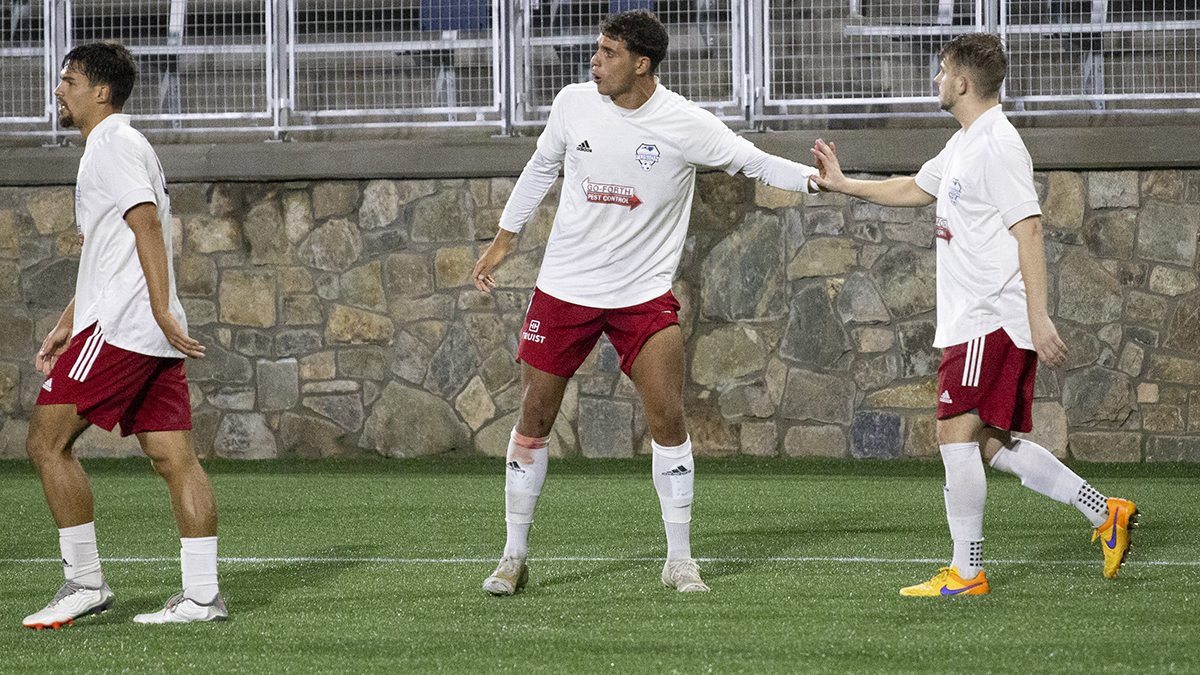 “We're not thinking that the end goal is to get a shout-out or have your video posted on Instagram,” added Henneberg, done with college and working a flexible job in the tech sector that won’t, at least for the time being, get in the way of his pro soccer dream-chase. “It's about winning.”

For young Sessoms, fresh out of the academy and living an unreal dream, it’s a first step into a larger world. And the possibilities are boundless.

“That [the Charlotte win] was the biggest game I ever played in and I got on and scored a goal,” he said, a few days before the next biggest game of his life – against the 1995 Open Cup-champion Richmond Kickers. “A lot of people are talking about David and Goliath and I think we have a good shot.”