At just 15 years-old, Marcus Lee of NISA side California United Strikers FC made history in the Second Round of the 2022 Open Cup – and he’s aiming to remain in the right place at the right time.
Dennis PopeApril 17 2022
Open Cup

So much in life comes down to being in the right place at the right time.

For 15-year-old Marcus Lee, who scored the opening goal and added an assist in California United Strikers FC’s Second Round Lamar Hunt U.S. Open Cup win on Thursday, April 7, there couldn’t have been a better time or place to make his debut.

“I’m just really happy to finally get my name out there and make my parents proud,” said Lee, who is of Korean and Hmong descent.

A few from the man of the moment: 15-year old Marcus Lee

The youngest player to score in the recorded history of the 109-year-old tournament (in its 107th edition), Lee’s goal in the fourth minute opened the floodgates as Cal United poured it on in a 5-1 victory, the club’s first in the U.S. Open Cup.

“We are very excited for Marcus and see an incredible young player in the making,” California United Strikers FC president Michael Collins said. “I believe he has all the tools and the skills to get to the highest level.”

Lee played his freshman season at Trabuco Hills (Calif.) High School but once his club side, Strikers FC, joined MLS Next he was prohibited from playing in outside competitions.

“I was talking to the coaches for a while and this is something that I’ve always wanted to do – to play with Cal United – and the right time came and I showed up,” Lee said. “They were all really nice and I just want to thank the coaches for giving me the opportunity. I’m enjoying it so far.”

71' | Marcus Lee's high-school-age friends are going crazy! The 15-year-old is back on the score sheet, this time with an assist to Guilherme Dallagnol Farias, who smashes it home from close range. @CalUtdStrikers continue to dominate @SFV_FC.

Lee has embraced the professional lifestyle. He trains every morning with the club while completing the remaining requirements to obtain his high school diploma online.

“I think at first it was hard because I missed going to school with all my friends and stuff but I like it now,” Lee said. “It gives me a lot of free time to continue to play and grow individually.”

His goal was the talk of the final day of the Second Round of the tournament, as was his personal supporters’ section. A group of his friends from high school painted their shirts with the letters L-E-E and his jersey number (29). And they all went wild after Lee scored in the game’s opening moments and, later, registered an assist.

“They were told that I was going to play in the game,” Lee said. “I didn’t know about them writing my name and stuff on their shirts. They did that behind my back to surprise me and I was pretty happy to see it.”

Unmarked at the back post, Lee put the final touch on a cross from Omar Nuno that had slipped through the box. It’s likely only the first of many goals for this lightning-quick 5-foot-6 attacking winger. 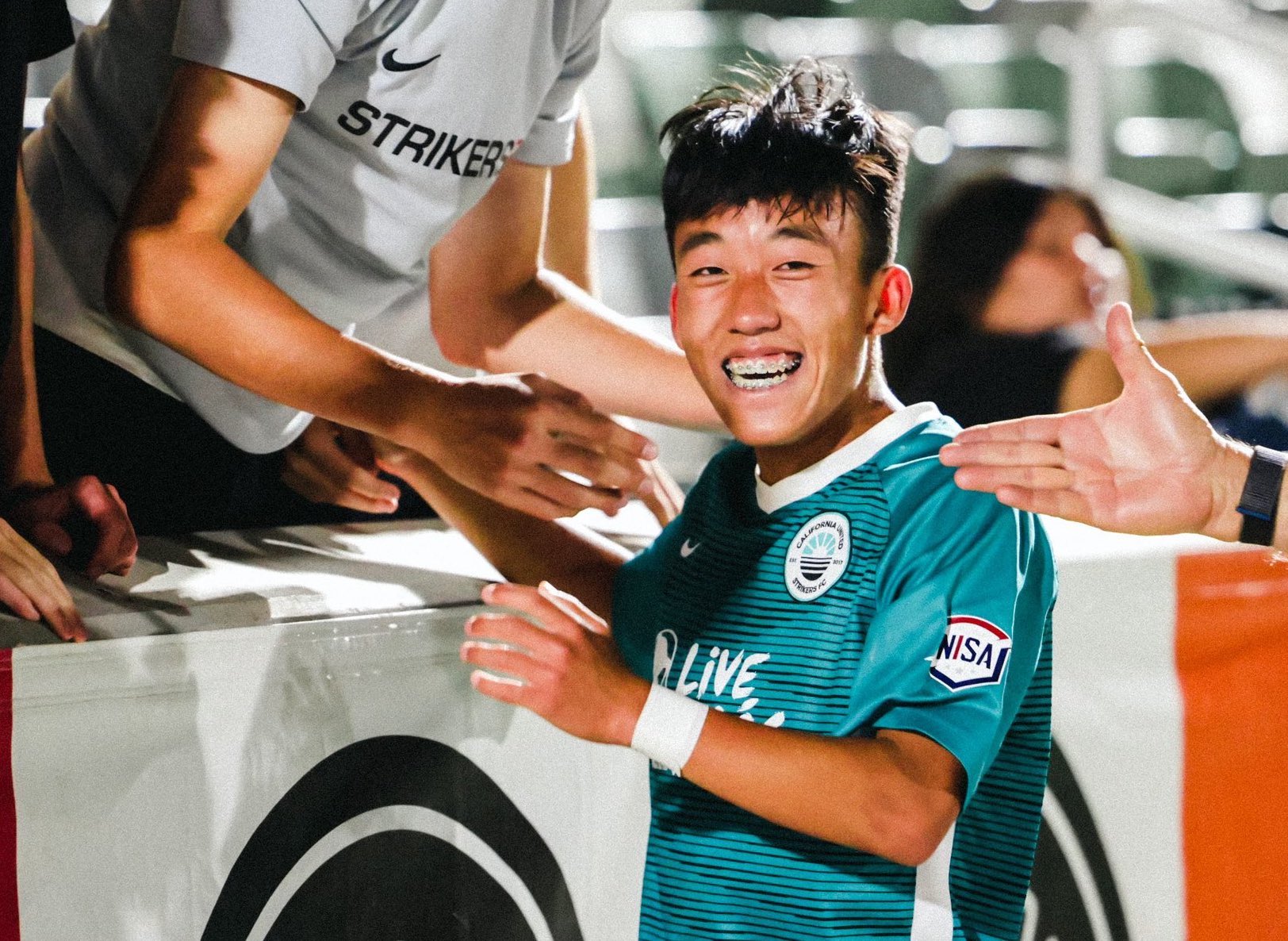 Lee has a couple of lasting memories when recalling the match a few days later. “I just remember a lot of the support that my parents and my friends gave me,” he said. “I just remember being happy in the locker room with my teammates, who helped me to have a great time.”

Will the performance lead to more opportunities and even bigger things?

Thankful for what he’s Getting

“I really have no idea how much time I’m going to get but even if it’s a little bit, I’ll still be thankful for it,” Lee said.

Added Collins: “We will see what the future holds for him in the coming months.”

With a childhood trip to the Camp Nou still fueling dreams of playing for FC Barcelona – “As soon as I turn 18 I hope to be somewhere in Europe playing at a high level,” he said – Lee’s father, David, thinks the process is what matters.

“He’s still very young but I know the coaches will take care of him and make sure he’s in the right places to still develop and do well,” David Lee said ahead of Cal United’s Third Round Open Cup date next week with FC Tucson of USL League One. “We are thankful for the opportunity they gave Marcus.”

So for now they’ll take their time and trust they’re in the right place.