The midfielder made his pro debut in the 2018 Open Cup at the tender age of 16 – and he’s back and looking to jumpstart his career in the Round of 32 with 1995 champs the Richmond Kickers.
Jonah FontelaApril 29 2022
Open Cup

“The Open Cup is special,” Ethan Bryant said with a smile. “I made my debut in this competition. And it was a crazy game too.”

He’s not lying. That game had it all. An 89th-minute equalizer for the home side. A bonus session of exhaustion-fueled extra-time. Penalties too. It was a classic Open Cup Third Rounder with all the blood and thunder you could handle. Enough to jangle the nerves of the most grizzled veteran. But for Bryant, then just 16, it must have felt like being shot out of a cannon into a three-ring circus.

“To go 120 minutes for your first [pro] game and then it goes to penalties – it was just like a rollercoaster,” Bryant remembered of his first professional game for San Antonio FC against the Colorado Springs Switchbacks. “It [the Open Cup] was a great opportunity for me like it’s been for so many young players generally.”

"The boy's 16 years old,” then San Antonio boss Darren Powell said of Bryant after the game. “He comes out tonight and plays 120 minutes in his first professional game and he didn't look out of place at all."

No Way Out of Place

“My parents were dropping me off at my job as a professional soccer player and then picking me up when it was over,” remembered the Longview, Texas-born midfielder of those early days in the pro game where you’re expected to perform no matter what your age. “I had really good teammates then who helped me through the rough patches.” 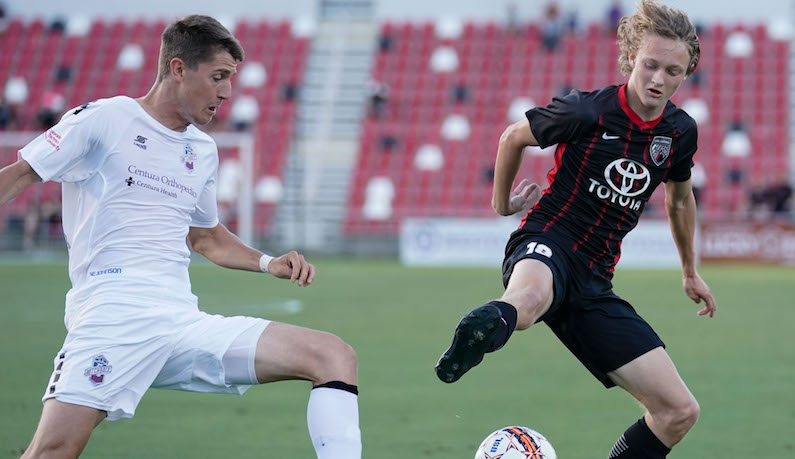 Bryant, rail-thin and wispy, with a mop of blond hair, looked to anyone paying attention like a shooting star in the making. He scored his first goal only a few months after his Cup debut. But real life, and its many challenges, soon intervened. He found himself more on the bench than the field during the 2019 and 2020 seasons. And in 2021, when San Antonio reached the USL Championship conference finals, Bryant was in the Belgian league with Roselare – and again on the bench.

A change was needed.

“We were looking for a box-to-box midfielder,” said Darren Sawatzky, coach of the Richmond Kickers in USL’s League One (the country’s third tier of professional soccer and a step down from San Antonio), where Bryant arrived on loan in 2021 and is now on a permanent contract. “Ethan's work rate is amazing and his ability to get into the attack and create opportunities matches his defensive work. He is young, full of tenacity, and his soccer acumen is growing."

It’s easy to forget, given the grown-up issues and adversity Bryant’s faced so far, that the player is still just 20 years old. He can drive himself to training now, sure, but he can’t order a legal beer at the Capital Ale House, Gus’ Bar and Grille or any of the other Richmond area watering holes.

“It’s a super unique club,” said Bryant, who’s just now shaking off a pre-season injury in time to help the Kickers in their upcoming Round of 32 Open Cup contest against first-year MLS side Charlotte FC. “The Kickers are the oldest [continually operating, pro] club in the country with tradition and a lot of history.”

Given the ups and downs of his career so far, it’s perhaps not a huge surprise that Bryant’s focusing on sport psychology as he starts his college studies at Northwest Vista in San Antonio in the summer. “It’s been tough. I won’t lie,” he said, thinking back on what he’s faced so far. “I felt like a lot of things were out of my control and that’s not a fun spot to be in. But I’m really happy with how things have gone since I've arrived in Richmond.”

The Kickers, who famously inaugurated the so-called Modern Era of the Open Cup by winning the title in 1995, have reached this year’s Round of 32 with a minimum of difficulty, it must be said. The luck of the draw was with them as they avoided pro teams in both the Second and Third Rounds (wins over amateur sides NoVA FC and NC Fusion U23).

But now, with a place in the rarefied air of the Round of 16 on the line, they’ll face a determined Charlotte FC who were in fine form in their over Greenville Triumph of USL League One in the last round. An MLS opponent with something to prove in their first year of league and Cup play will be a massive challenge for the Kickers – who sit atop the USL League One standings after five games.

The Virginia-based club is made up of a mish-mash of players. Some are just out of college and others have international experience, like Leonardo Baima and Emiliano Terzaghi, both 29 and heading toward the autumn of their careers. And then you have a wild card like Bryant, with so much experience accrued at such a young age. 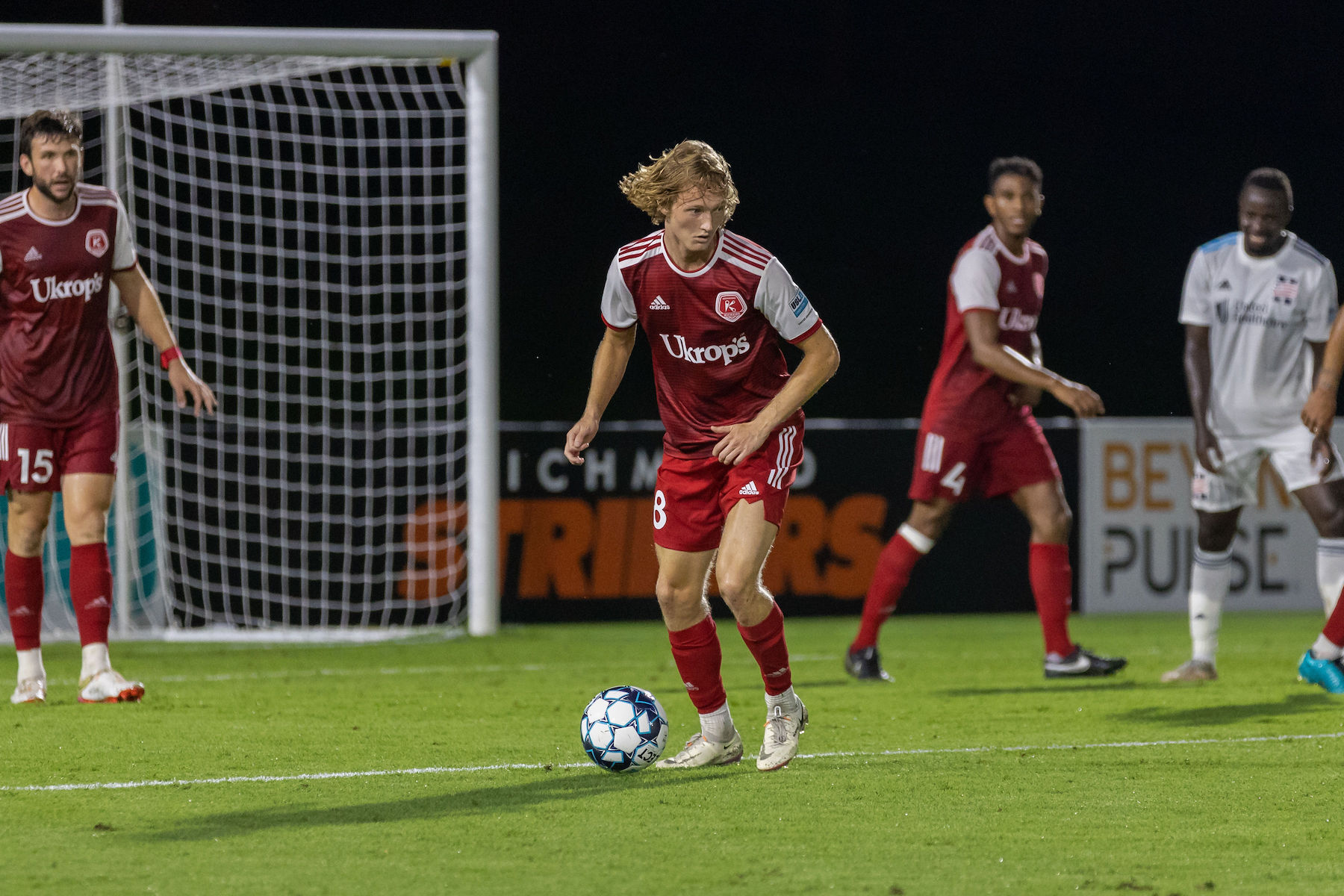 “In the Open Cup, there’s all that past successes,” Bryant said, fully aware of the piece of history the Kickers have carved out for themselves in the country’s oldest soccer tournament. “But we want to make our own history now too.”

Coach Sawatzky knows something about the magic of the Cup. He was a member of the Colorado Rapids side who hold the dubious distinction of being the only Major League Soccer team to lose a Final to a non-MLS side. Lucky for him, an early-game concussion in that 1999 decider against eventual champions the Rochester Ragin’ Rhinos left him with very little memory of the defeat.

Fit and Ready for Another Cup Shot

The coach can count on a now-fit Bryant who, despite his still-young age, has plenty of Open Cup know-how to draw on. “We want to play MLS teams,” he said. “We want to be in that environment and go as far as we can and the Open Cup allows us to do that.”

And what about a potential (if quite unlikely) contest somewhere in the future with San Antonio FC – the hometown club that courted, signed and eventually released young Bryant in the space of three years? 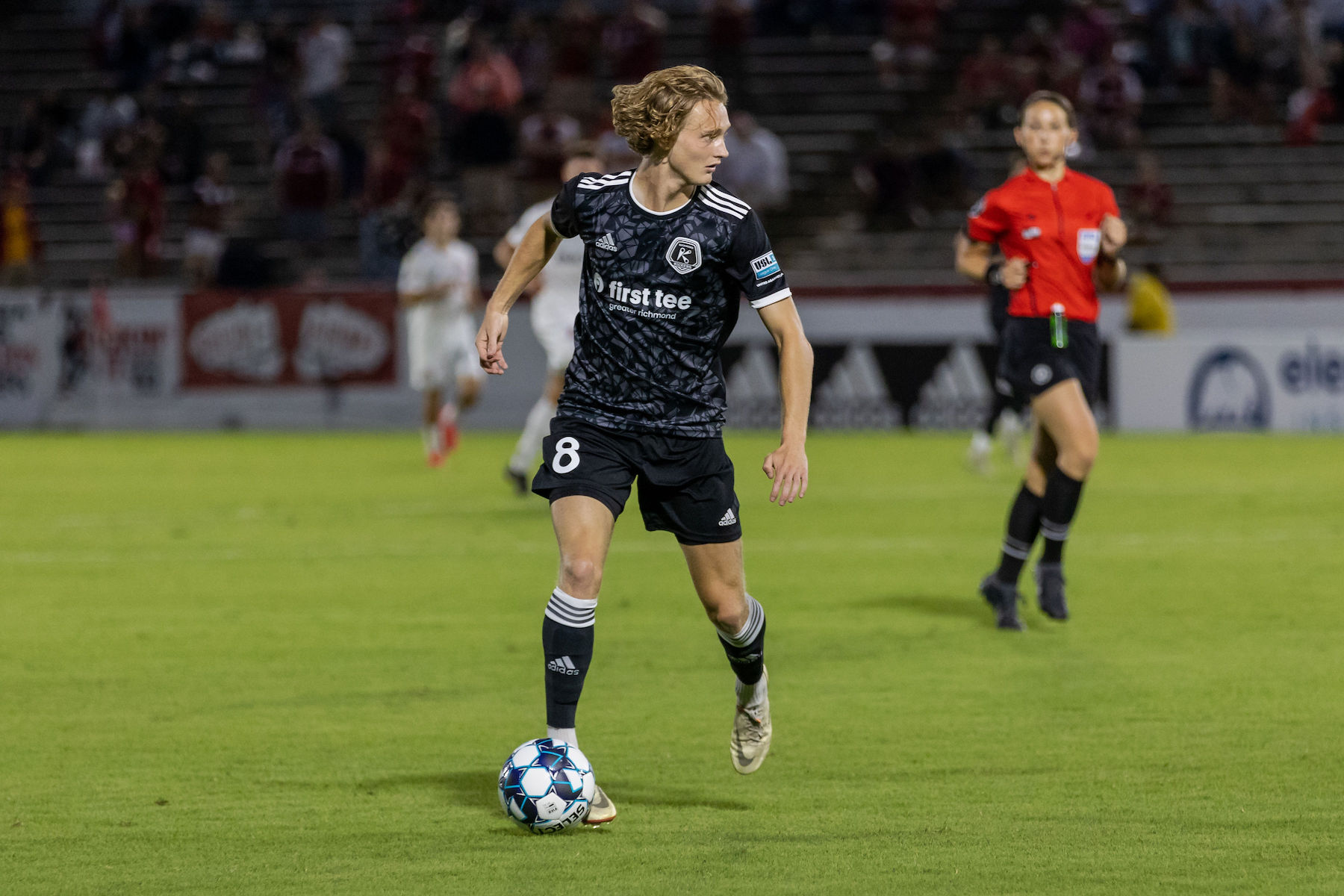 “That’s a game I would love to play,” he said with a sly smile for his first team, who just so happen to still be alive in the 2022 competition and facing a road test against 2018 champions Houston Dynamo.

“These are the games you really get up for. You bring that extra ten percent and the switch is flipped,” Bryant said, thinking ahead to another opportunity in a competition which saw him take his first steps into a bigger world. “You need to find another level in these games.”