The talented center back and recent U.S. U-19 call-up is playing well beyond his tender teenage years for his hometown club as Louisville City aim to make a deep run in this 2022 Open Cup.
Jonah FontelaMay 17 2022
Open Cup

“Honestly, I wasn’t worried about him at all,” Louisville City coach Danny Cruz said about his deciding spot-kick taker in a shootout to settle the Third Round Lamar Hunt U.S. Open Cup contest against St Louis City SC.

The coach’s confidence in his shooter was so natural, expressed with a shrug, you’d think he was talking about one of the squad’s seven players over the age of 30. But Josh Wynder, just 16 at the time and fresh up from the academy, is about as far from a grizzled vet as you can get. He kept his cool, after waiting out nine rounds of penalties, to finish the decisive tenth and send his side farther on in this year’s Open Cup.

We're officially hosting Major League Soccer's Nashville SC at 7 p.m. Wednesday, May 25, in a Round of 16 @opencup game!

“I love it,” said Wynder, who turned 17 this month and went on to play 105 minutes of the club’s tricky Round of 32 win over Detroit City FC in Hamtramck. “I’ve always felt pretty comfortable taking penalties so I was just excited. When [coach] Danny told me I was going to be the last [of the field players], I knew it could come down to me – so I was ready.”

Ready is the key word here. Wynder isn’t in the team out of charity – or desperation due to lack of cover at the center-back position. The player, soft spoken and polite off the field, cuts a much more seasoned figure on gameday than his age would suggest. And his recent call-up to the U.S. U-19 National Team hints at a future somewhere higher up the ladder than his hometown club in Louisville. 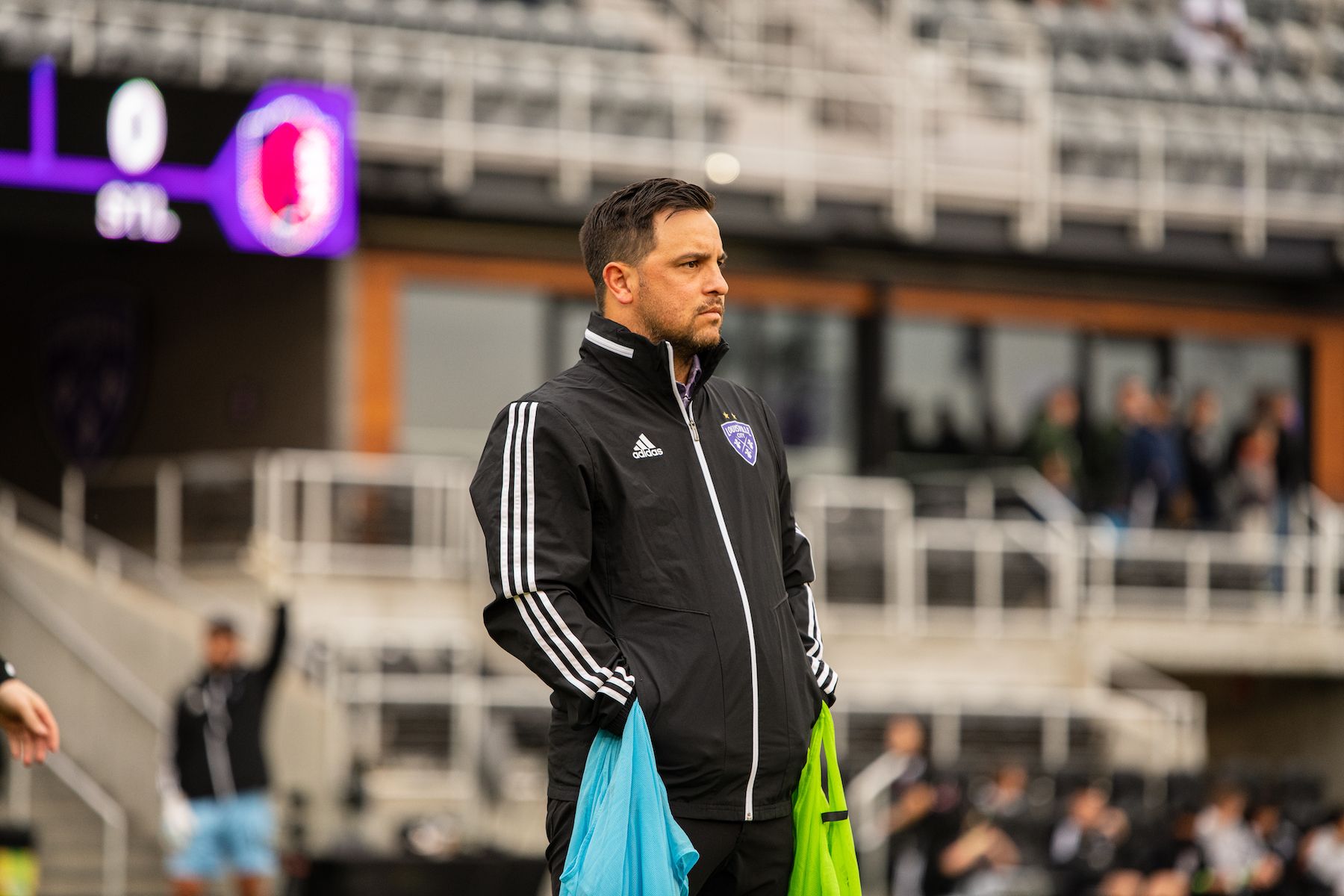 “This kid has grown up in front of me,” said Cruz who, at 32, isn’t far removed from his own playing days when he lined up for MLS sides D.C. United and Houston Dynamo – and lost a dramatic Open Cup final with the Philadelphia Union in 2014. “I don’t care how old anybody is. If that player is performing in training, in games, then they’re going to get their opportunity.

Wynder’s skill-set is deep. He’s strong in the air and a born competitor who revels in a big block or a hard tackle. “It just gets me going,” said the defender who started out in his youth as a striker.

But it’s his poise on the ball that Cruz admires most – a rare attribute for so young a player.

“He’s just playing so far ahead of his years,” added Cruz, who only put Wynder so deep in the penalty-taker list against St Louis City because the youngster was suffering from a “double cramp” toward the end of the game. “I”m glad people are noticing what we’ve known here for years.”

Wynder followed his brother, Elijah – older by two years, into the club’s first team in 2021. He signed his first professional contract after several seasons in the Lou City Academy — and years before that in local affiliate Elite FC Louisville. He’s getting to the end of his junior year in high school (he’s home-schooled by his mom) and very much focussed on the opportunity he’s earned.

Wynder’s looking about as comfortable as can be in a team that’s sitting pretty atop the USL Championship standings and now facing a date in the Open Cup Round of 16 against Major League Soccer side Nashville SC.

“We try to make practice harder than the games,” said Brian Ownby, Lou City’s explosive winger and, at 31, one of a core of experienced campaigners who help guide young ones like Wynder along the path to solid pro status. “It was really good to see in those [younger] players the fight you need to have to the very end in a tournament like the Open Cup.” 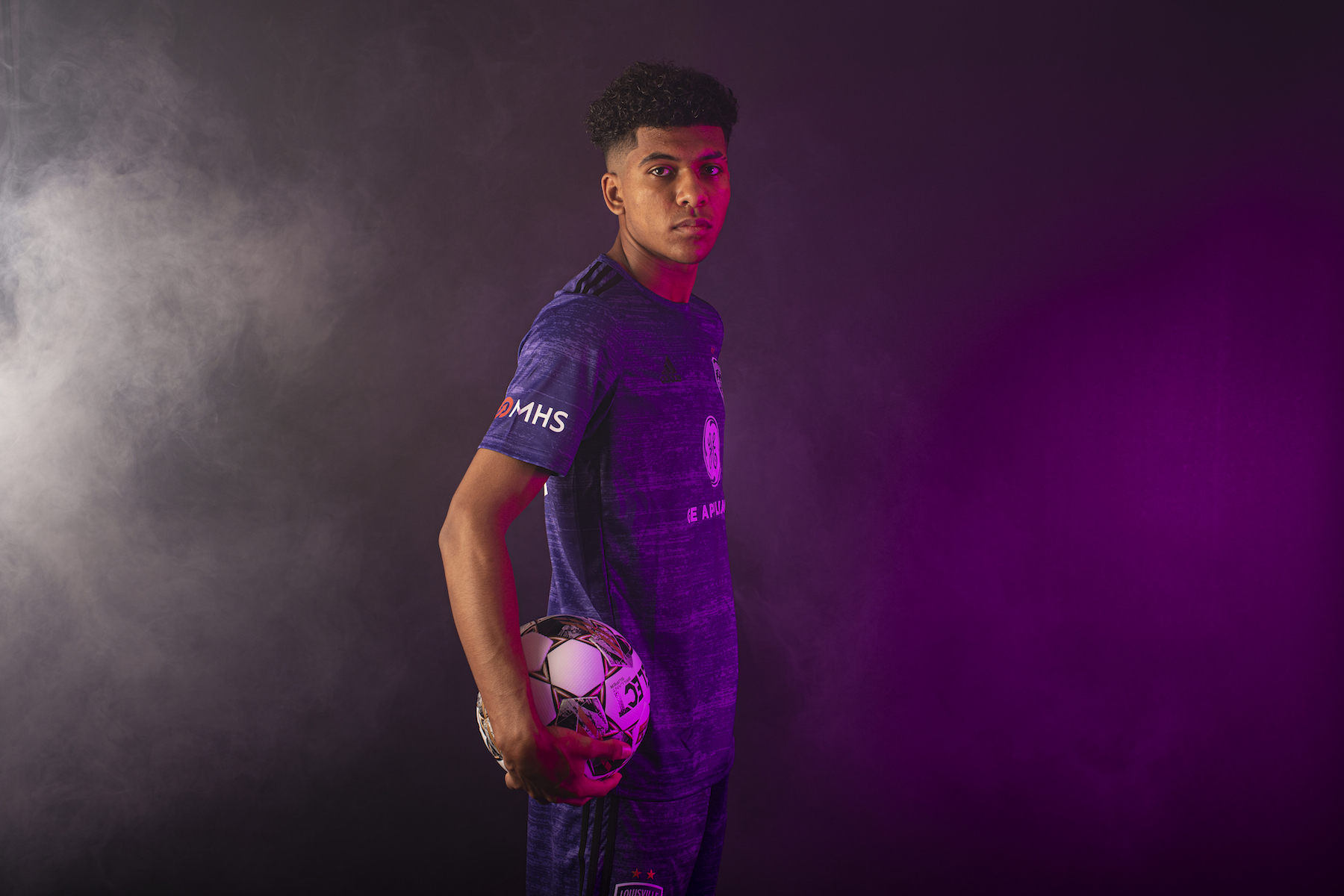 The standard for success at Lou City is quite high by second-division standards. Since the club’s founding in 2015 they’ve won two USL Championship titles and have never been eliminated before the semifinal stage of the league’s post-season playoffs. In 2018, they were the non-MLS team to go farthest in that year’s Open Cup – Ownby himself leading a charge to the Quarterfinals with one of the goals of the tournament in a win over the New England Revolution.

With such expectations at the Kentucky club, a young player like Wynder in a position as crucial as center-back is likely to feel some pressure. That’s where Ownby and the rest of the veterans come in.

“There are times after every practice where one of them [the veteran players] come up to me and say ‘hey, you could have done this, or you need to talk more’ or whatever it is,” said Wynder, whose freshness to the squad is indicated by his number (66). “Just a little honest feedback which is exactly what I need. I’ll always take that feedback and do what they tell me to help the team.”

Wynder plays it like the pro that he is. But on occasion he does stop to notice just what a ride it’s been on this rocket ship he’s strapped to. “I had a friend who was a season ticket holder at Slugger [Louisville Slugger Field, where the team played until 2019] and he brought me a long for my first game,” remembered the defender of his first trip, as an eight-year-old kid, to cheer on the hometown club where he’s now starring. “Someone took a picture of me and I was pointing at Niall [McCabe – the team’s 31-year-old defender]. 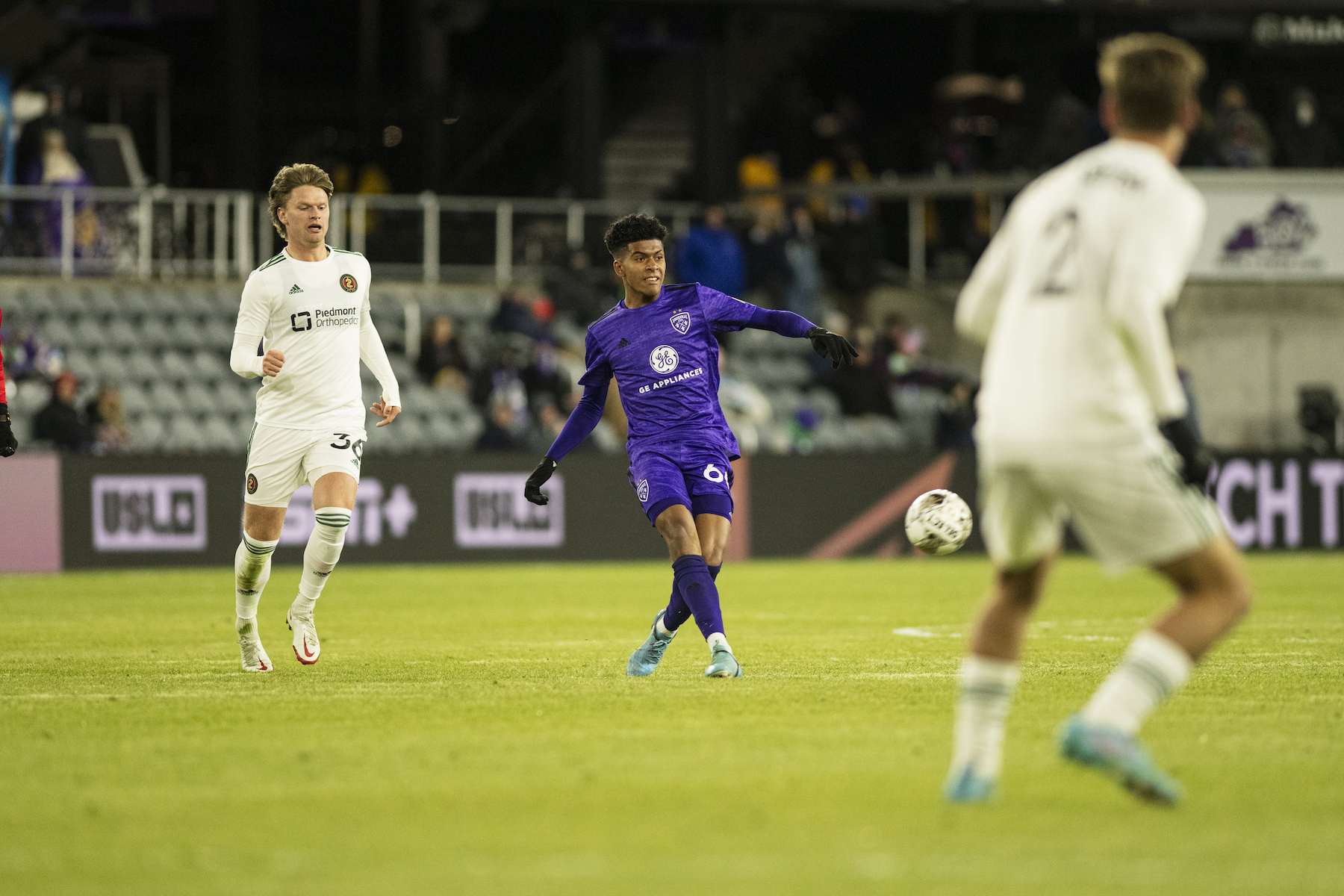 “And now I’m playing right next to him,” said Wynder, shaking his head over a video call from his bedroom, where Lou City shirts and scarves festoon the walls as if he were just any other fan. “And it’s kind of crazy to think about.”

The next test in the Open Cup will be a special one for Wynder. Up against the debutant Open Cup side from Nashville (and Major League Soccer), it’s a chance for the most dominant team in the U.S.’ second professional tier to match themselves against the best in the land.

And it’s a home game too – in the city where Wynder grew up with dreams of glory on a soccer field.

No Fear for MLS Foe

“You have to treat it like it’s a game against any other opponent,” said Wynder. “Try not to listen to all the – ‘oh, it’s an MLS team and big players and you’re going to be defending a big-name striker or whatever. I’m just going to go in and do my job to the best of my ability.”

Joshua Wynder (17) versus @DetroitCityFC in the @opencup last night:

It’s an attitude that filters down through every layer of this Louisville City club – from Cruz to Ownby and McCabe, all the way to a young one like Wynder, whose ceiling in the game isn’t yet known. And it’s the reason coach Cruz, fresh from his playing days, believes so firmly in his side’s potential.

“I’m not naive. I know the history, that every year [for the last 22 years] an MLS team has won it [the Open Cup],” said Cruz. “But I also know that I have a group that’s good enough on any given day to compete at the highest level.”