RONNEBY, Sweden (May 19, 2022) – The U.S. Under-16 Girls’ Youth National Team returned to international play for the first time since February of 2020 with a 4-0 victory over Norway to open the UEFA Development Tournament.

Those last international matches for the U.S. U-16s before the COVID-19 pandemic hit were at a UEFA Development Tournament in England.

The USA opened the scoring right before halftime as a pass was played over the top of the Norway defense by defender Reese Klein. Forward Sophia Bradley ran onto the ball and shot on frame, but it was saved by the goalkeeper. Forward Kennedy Roesch was first the loose ball to finish on the follow up.

The match remained tight until the USA broke it open with three goals in the last 14 minutes, including two coming in the final three minutes of the game. The first goal came in the 78th when 5-foot-11 midfielder Ines Derrien headed home off a corner from defender Jordyn Bugg.

The USA made it 3-0 in the 90th minute, also off a corner kick, as defender Reese Klein found the net after pouncing on a bouncing ball inside the penalty box.

Two minutes into second half stoppage time, forward Addison Hess played the ball to forward Ava McDonald inside the attacking third and McDonald buried a laser from 20 yards out for the final margin.

The goals for all four scorers were their first at the U-16 international level in their first U-16 caps.

The U.S. team is being led by U.S. Under-17 Women’s Youth National Team head coach Natalia Astrain, who recently guided the USA to the title at the Concacaf Women’s U-17 Championship in the Dominican Republic and a berth to the 2022 FIFA Women’s World Cup in India. All the players on this U.S. U-16 WYNT roster are age-eligible for that team.

The USA will face its counterparts from France on May 20 and Sweden on May 23 to finish the friendly tournament. Players born on or after Jan. 1, 2006, are age-eligible for this competition and all 20 players called to travel to Sweden by Astrain were born in 2006. 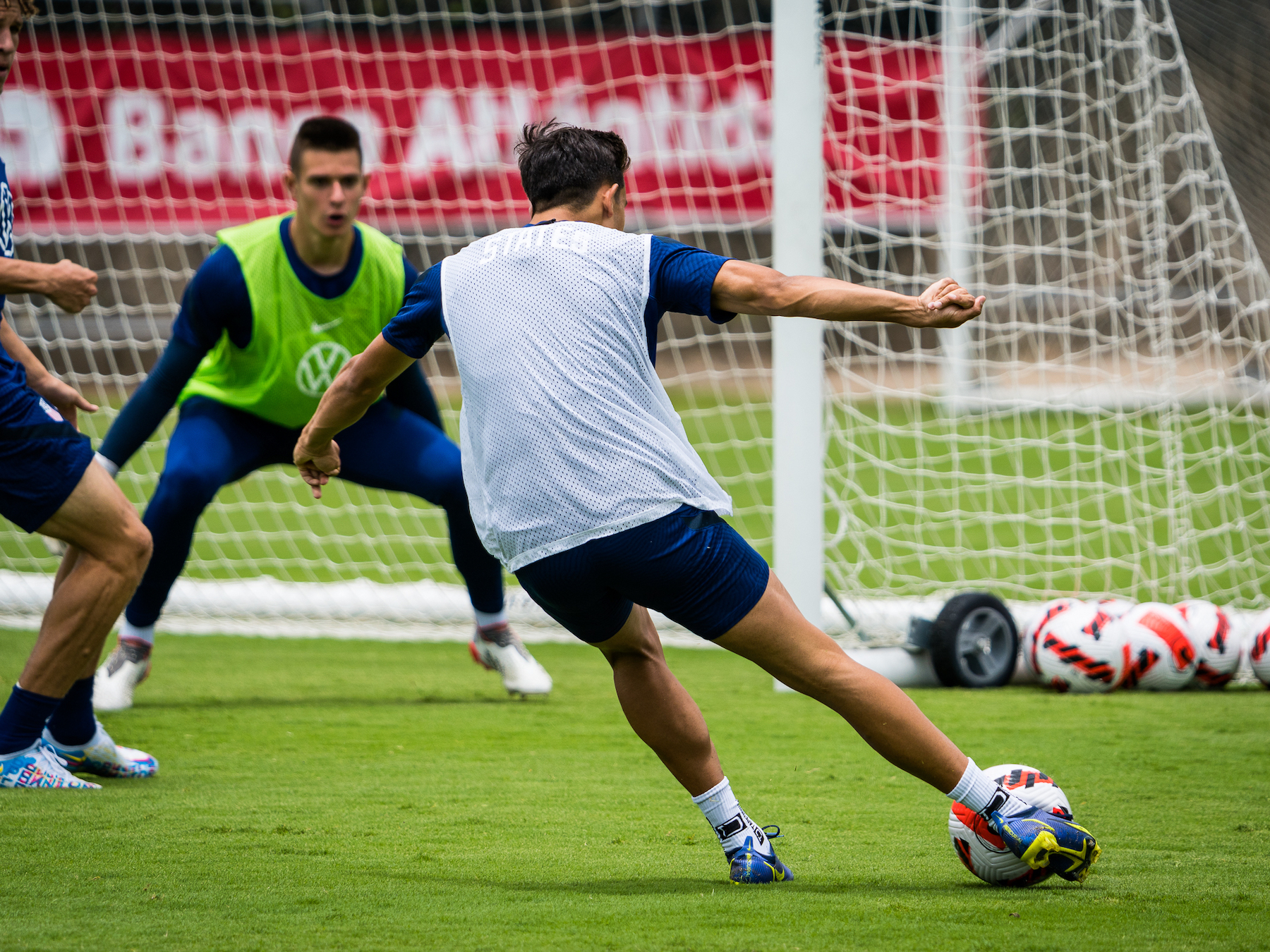