As the calendar turns to June, action in the NWSL continued to heat up with a several high-scoring affairs across the league. San Diego Wave FC maintained its place atop the league standings, twice coming back from one-goal deficits to draw the Kansas City Current, 2-2, and earn a point on the road. After KC took a lead in the 11th minute, San Diego equalized in the 37th when Alex Morgan converted from the penalty spot following a Current handball in the box. Kansas City reclaimed the lead in the 63rd but again the Wave had a response, this time coming in the 90th minute when Morgan got on the end of a ball played across goal and finished at the back post for her league leading eighth goal of the season and her second multi-goal performance of the regular season. Morgan’s eight goals so far in 2022 - four from the penalty spot and four from open play – are already tied for her second-most ever in an NWSL season and mark her most goals in a club campaign since 2017 when she scored a career-best nine goals for the Orlando Pride.

Goals were plentiful on Friday night as well, both only for one team, as the Houston Dash downed the visiting Orlando Pride, 5-0. The victory extended Houston’s unbeaten run to five consecutive matches and marked the most goals scored in a game by any team this season.

Later Friday evening, Portland Thorns FC put together another strong offensive performance, topping Angel City FC, 3-0, at Providence Park. Sophia Smith assisted Portland’s opening goal in the 15th minute with her service from a corner kick and the Thorns scored again in the 18th and 68th minutes to earn the victory at home.

The Chicago Red Stars continued their run of success, extending their unbeaten streak to four consecutive matches. The week started with a 1-1 draw against the Washington Spirit on Wednesday evening at Segra Field. The Red Stars grabbed the lead in the 10th minute but the Spirit came back to earn the draw, scoring off a set-piece in the 86th minute. Spirit midfielder Andi Sullivan assisted the late equalizer for the Spirit for her first assist of the 2022 regular season.

Coming off the midweek draw, the Red Stars returned to Chicago where they beat a surging OL Reign side, 1-0.  Mallory Pugh scored the game’s only goal in the 46th minute, taking a deft touch with her right foot to lose her defender in the penalty area and then rocketing a shot with her left into the upper-90. The reigning NWSL Player of the Week, Pugh is now tied for second in scoring in the NWSL this season with four goals and her offensive production is made even more impressive as she has appeared in just four games and totaled fewer than 250 minutes so far in the regular season after missing time early on recovering from a head injury.

WATCH: MAL MAGIC IN THE BOX

The Red Stars’ victory ended OL Reign’s four-game shutout streak and handed the club its first defeat across all competitions since May 1.

NJ/NY Gotham FC made it back-to-back wins with a 1-0 victory over the visiting Washington Spirit on Saturday. Midge Purce scored her second goal of the regular season in the 21st to give Gotham a lead it would protect throughout the match.

Rounding out the week’s action, the North Carolina Courage defeated Racing Louisville, 3-0, on Saturday afternoon. Three different players scored for the Courage in the win as goalkeeper Casey Murphy recorded her first clean sheet of the 2022 campaign.

In France, the 2021-22 Division 1 Féminine season officially ended on June 1 as Olympique Lyon wrapped up its unbeaten, title-winning league campaign with a 4-0 victory over Issy. Catarina Macario was forced to leave the match in the 13th minute with what was later revealed to be an ACL injury, putting an unfortunate end to an otherwise stellar season for the 22-year-old. Macario led OL in scoring with 23 goals across all competitions, including becoming the first American to ever score in a Champions League when she tallied in Lyon’s 3-1 victory over Barcelona in the final on May 21. Lindsey Horan joined the French side in January of 2022 and made 10 appearances for Lyon across all competitions, helping Lyon win two titles. 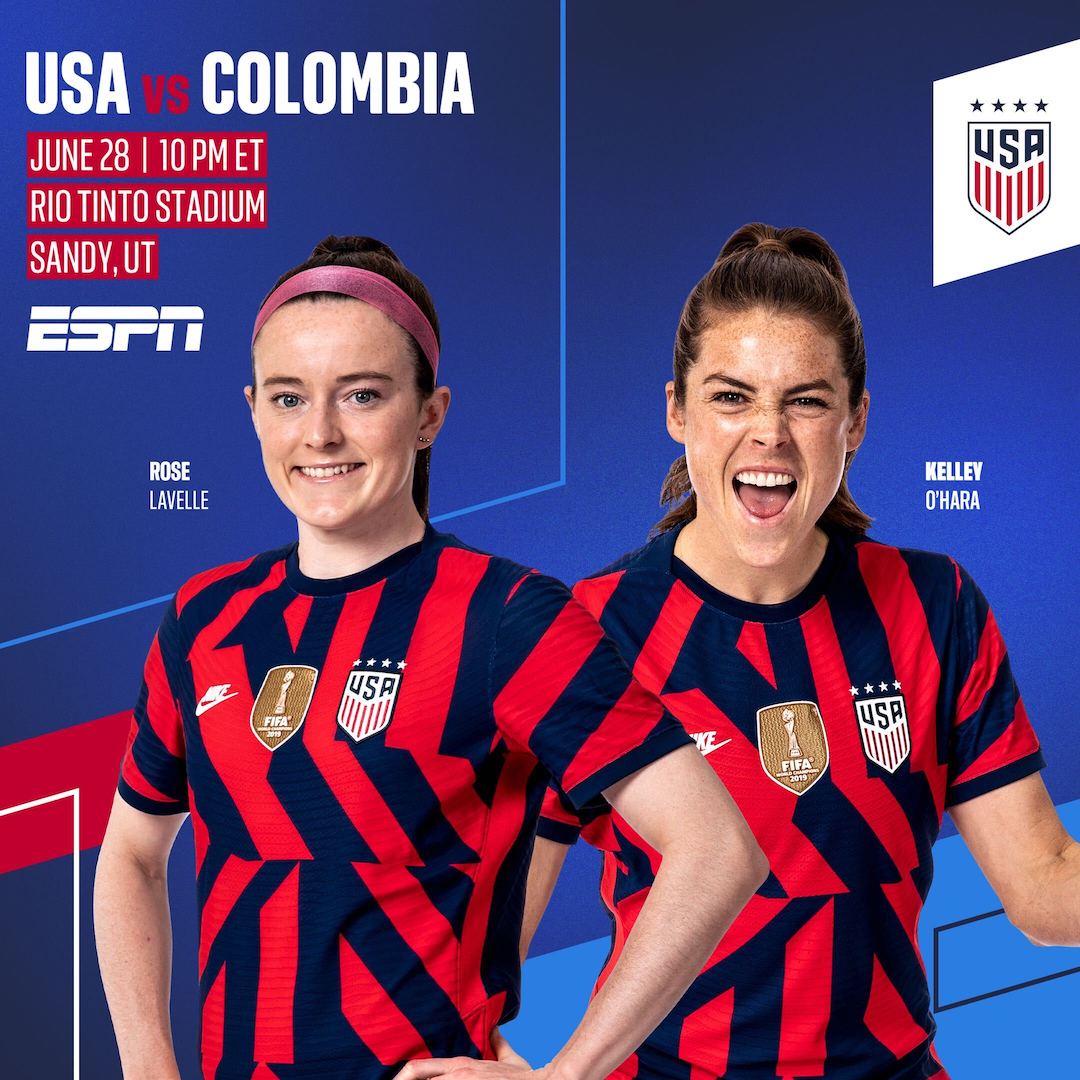