Following successful qualifications to the 2023 FIFA Under-20 World Cup and 2024 Olympics, the U.S. Under-20 Men’s Youth National Team will play for its third straight Concacaf U-20 Championship tonight vs. Dominican Republic at 8 p.m. ET (FS1, TUDN.) The USA clinched its Olympic berth with a dominant 3-0 win against host Honduras in front of a raucous near-capacity crowd at San Pedro Sula’s Estadio Morazan on Friday night. Now, the U.S. U-20s are aiming for their third confederation championship at this age level after first winning the title in 2017 and 2018.

The Dominican Republic has made a surprise run to the tournament final, qualifying for its first-ever FIFA world championship events when it punched its tickets to the U-20 World Cup and Olympics. Los Quisqueyanos advanced directly to the Round of 16 after topping a pre-qualifying group in November and rattled off three straight dramatic victories to reach the championship match.

For the first time since 2008, the USA will return to the Men’s Olympic Football Tournament at Paris 2024 after an exhilarating 3-0 win against host Honduras on Friday night. Playing in front of a near-sellout crowd at Estadio Morazan, the U.S. took it to the home team from the start, seizing a 1-0 lead it would not relinquish in just the third minute on a goal from midfielder Paxten Aaronson. The USA never let off the gas, attacking in waves and scoring again in the 22nd minute with Alejandro Alvarado Jr.’s first goal of the tournament. Forward Quinn Sullivan tallied the third goal just before the break, and the U.S. defense held strong against Honduras in the second half to secure Olympic qualification as the first Team USA team sport to reach Paris 2024.

The Dominican Republic has rattled off three exciting knockout stage victories to reach the Concacaf U-20 Championship Final for the first time. Los Quisqueyanos’ road to the championship match started last November in pre-qualifying, when goals in the 88th and fourth minute of second-half stoppage time secured a 2-2 draw with Saint Lucia to clinch the top of Group B.

After winning its pre-qualifying group, the DR advanced directly to the Round of 16 to face El Salvador, who won Group G in the tournament proper. In a wild back-and-forth match, Dominican Republic emerged with a 5-4 win on a 78th-minute penalty from Inter Miami CF midfielder Edison Azcona. Los Quisqueyanos defeated Jamaica 1-0 in the quarterfinals to clinch their U-20 World Cup spot and then met Guatemala in the semis. After falling behind 2-0 in the first half, DR scored two goals in two minutes in the second to force extra time and penalties, winning 4-2 to earn its first-ever Olympic berth.

Since Concacaf adopted its new 20-team youth World Cup qualifying format in spring 2019, the Dominican Republic is the first pre-qualifying team to advance directly to the Round of 16 and win a knockout stage match in five tournaments (2019 CU17, 2020 CWU20, 2022 CWU20, CWU17 and CU20). 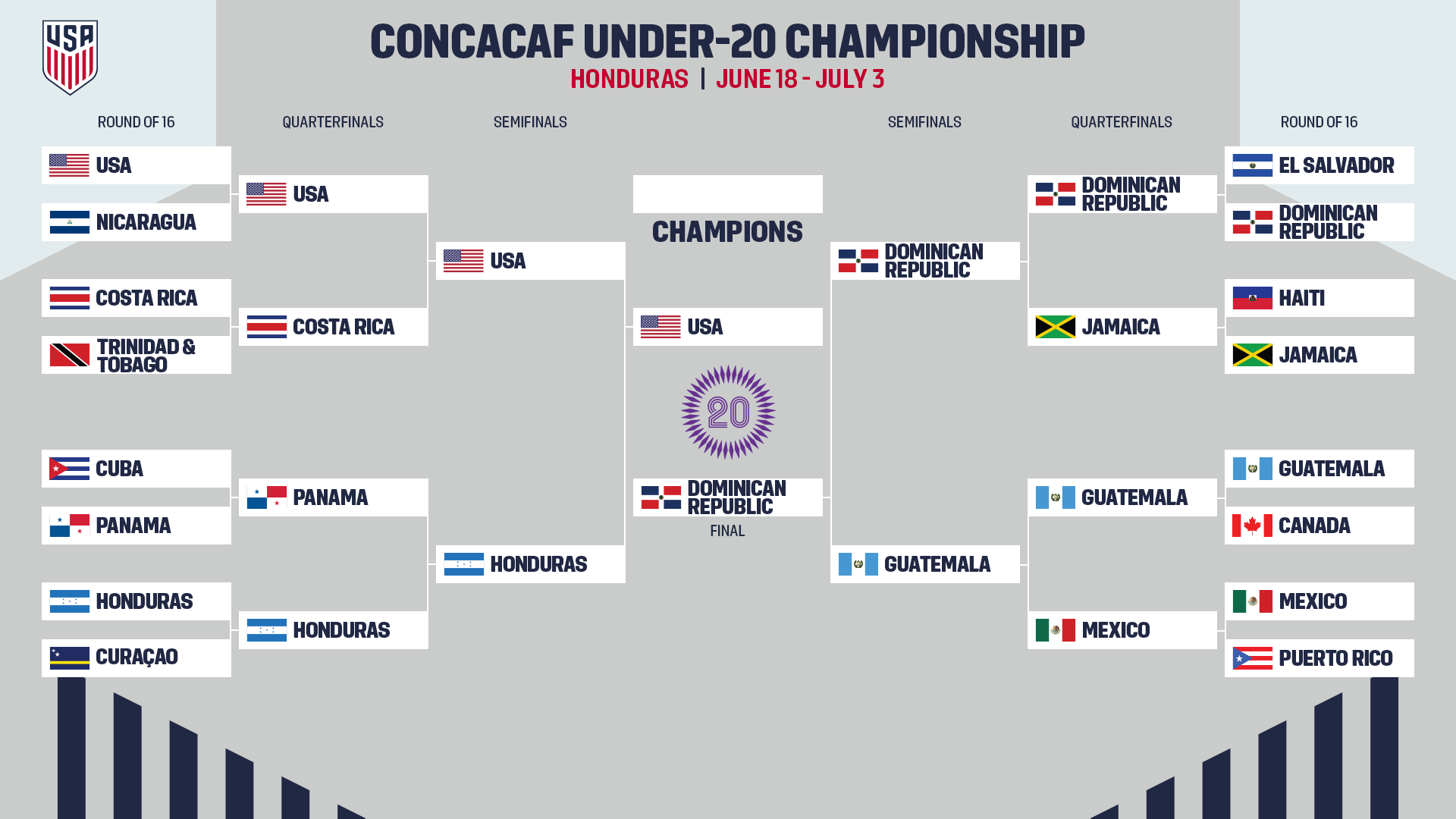 The top three finishers in each group qualified to the Round of 16, where they were joined by the four teams from pre-qualifying. From there, it’s a knockout bracket to the tournament final. The four winners of the quarterfinal matches qualify to the 2023 FIFA U-20 World Cup in Indonesia, while the two winners of the semifinal matches qualify to the 2024 Olympics in Paris.

The U.S. has participated in 25 of 28 Concacaf U-20 Championships, including each tournament since 1974, and qualified for the U-20 World Cup in 17 of 23 attempts. After missing the 2011 U-20 World Cup, the U.S. is the only nation to qualify for the last five tournaments and the only team to reach the quarterfinals in the last three editions. 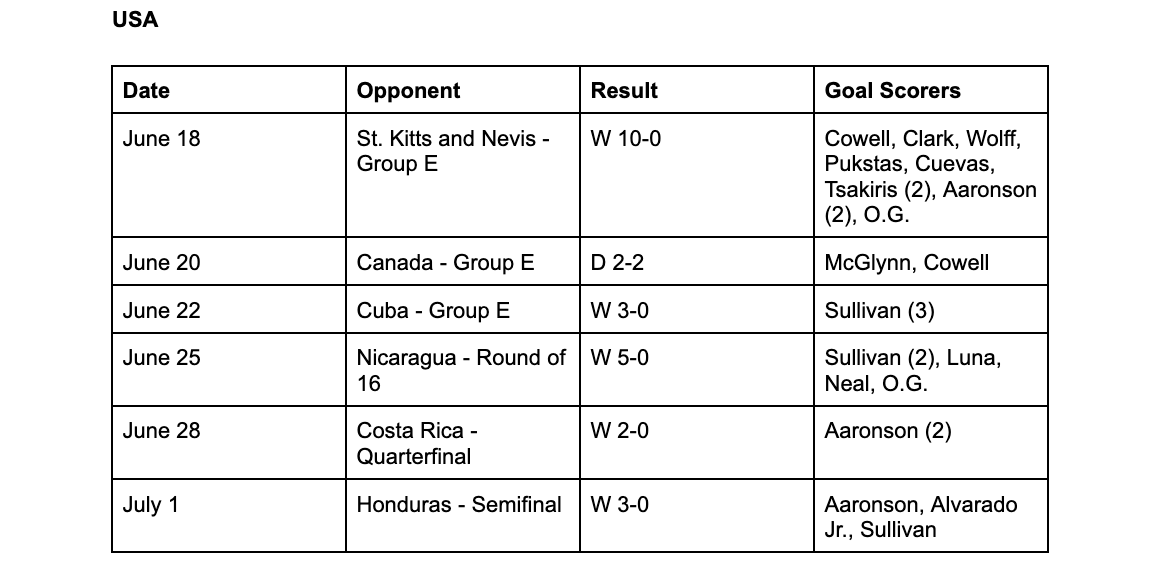 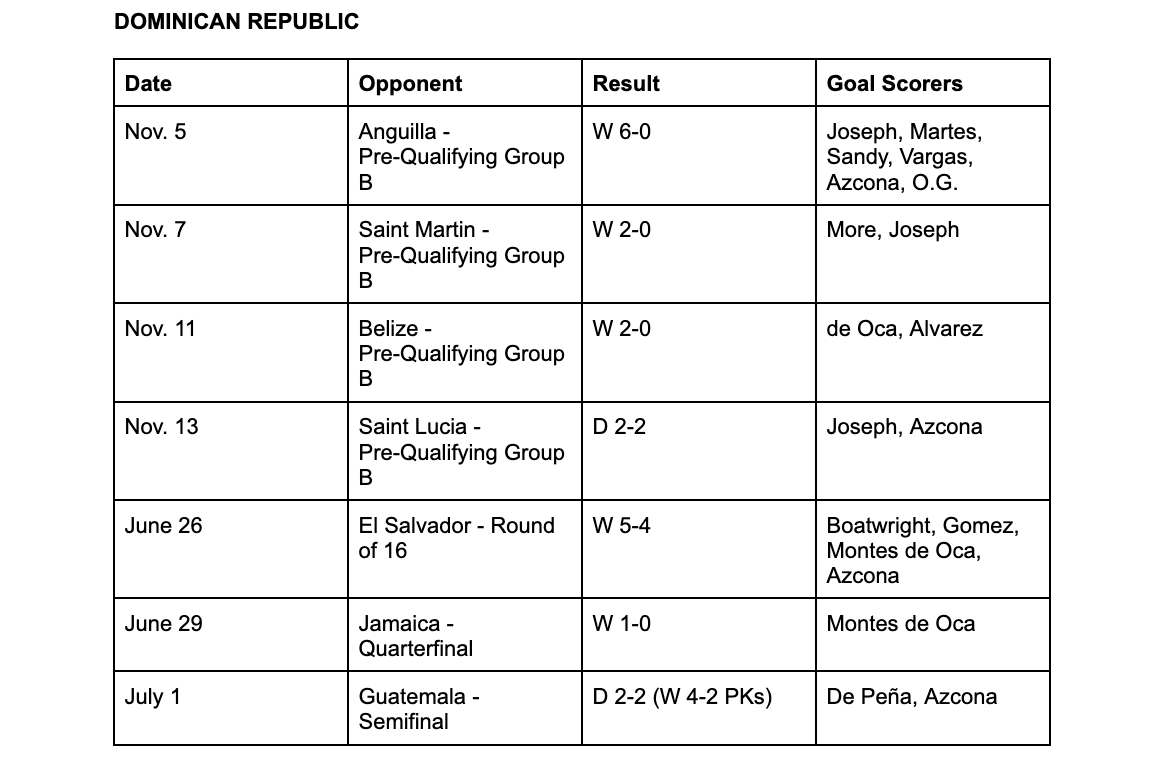 U-20 MYNT Kicks Off 2023 With January Training Camp In Bradenton, Fla.

U-20 MYNT Kicks Off 2023 With January Training Camp In Bradenton, Fla.