Hydrated by BioSteel
July 2 2022
5 Things 2 Know
The U.S. Women’s National Team officially kicks off its qualifying campaign for the 2023 FIFA Women’s World Cup and 2024 Summer Olympics on Monday, July 4, taking on Haiti in the opening match of the 2022 Concacaf W Championship. The teams will meet to kick off Group A action at Estadio Universitario with kickoff slated for 7 p.m. ET / 6 p.m. CT. The match will be broadcast in the United States on CBS Sports Network, Paramount+ and ViX.

Get ready for the Concacaf W Championship and get to know the USA’s opening opponent with Five Things to Know.

Haiti, which hosted the inaugural Concacf Women’s Championship in 1991 which served as the region’s qualification tournament for the 1991 Women’s World Cup, is looking to qualify for its first ever senior world championship in women’s soccer. With the field for the 2023 FIFA Women’s World Cup now expanded to 32 teams, as many as six teams from Concacaf could be a part of the World Cup, with the top two finishers from each group automatically punching their tickets Down Under. The third-place team from each group will advance to the 10-team inter-confederation playoff.


Haiti last competed in the final round of Concacaf World Cup qualifying in 2014, going 1-0-2 in the group stage. Haiti’s best-ever result in Concacaf Qualifying came in 1991, when Les Grenadieres finished fourth overall after losing to the USA in the semifinal.

Of the 23 players on Haiti’s roster for the Concacaf W Championship, 12 play their club soccer in France, competing for sides in the French top-flight as well as in Division 2 Féminine. Six players compete domestically in Haiti while four play collegiately in the United States. Defender Claire Constant, who was the 2017 Gatorade Player of the Year in Virginia as a high schooler and had previously been called into U.S. Women’s Youth National Team camps, is entering her fifth year at the University of Virginia under former U.S. Women’s National Team assistant coach Steve Swanson while fellow defender Ruthny Mathurin was an All-Sun Belt Conference selection at the University of Louisiana, Lafayette in 2021. Forward Milan Pierre plays for George Mason having started her collegiate career at the University of Maryland and Goalkeeper Lara Larco is a rising sophomore at Georgetown University. One player on the roster, forward Meghane St-Cyr, plays collegiately in Canada.

The most recent meeting between the teams came on January 28, 2020, in the USA’s opening match of Olympic Qualifying for the later-delayed Tokyo 2020 Olympics. USWNT won 4-0 in Houston, Texas behind goals from Christen Press, Lynn Williams, Lindsey Horan and Carli Lloyd. Megan Rapinoe tallied a pair of assists in the victory, which saw the USA score three times in the second half. The USA’s other win over Haiti in Olympic Qualifying came in 2004, an 8-0 victory for the Americans.

While five of the seven previous meetings between Haiti and the USA have taken place on one country’s home turf – with one match in Port-au-Prince and four across the United States – this will be the third meeting all-time between the teams in a neutral location and the second in Mexico, host of the 2022 Concacaf W Championship.  The competition runs from July 4-18 and the eight participating teams will play the tournament’s 16 matches across two stadiums — Estadio Universitario and Estadio BBVA – the latter of which will be one of Mexico’s three host venues in the 2026 FIFA Men’s World Cup.

Mexico last hosted the final round of Concacaf Qualifying in 2010 in the lead up to the 2011 FIFA Women’s World Cup. There, the USA defeated Haiti, Guatemala and Costa Rica in the group stage before falling 2-1 to Mexico in the Semifinal. The USWNT then defeated Costa Rica 3-0 in the third-place match and went on to qualify for the World Cup by defeating Italy in the intercontinental playoff.  The 2022 Concacaf W Championship marks the USWNT’s first appearance in Mexico since 2010.

Haiti qualified for the Concacaf W Championship by winning Group E in the qualifying round. Ranked 60th in the world and seventh in the region in the latest FIFA Rankings, Haiti went 4-0-0 in its four qualifying matches and outscored the opposition by an overall margin of 44-0. In February, the Haitians defeated Honduras 6-0 and Saint Vincent and Grenadines 11-0. Then, in April, they took down the British Virgin Islands in their biggest win ever, 21-0, and then defeated Cuba 6-0 to close out group play.

Forward Roselord Borgella, who plays for Issy in France’s Division 1 Féminine, led Haiti with 11 goals during the qualification phase, including five goals in the victory over the British Virgin Islands. Fellow attacker Batcheba Louis, who also plays her club soccer for Issy, was second on the team in scoring in the Concacaf W Qualifiers with eight goals.

In the lead-up to the qualifying tournament, Haiti played two matches against Costa Rica. After dropping the first meeting by a score of 2-1 on June 25, Haiti won the second matchup on June 28 by a score of 4-2. In that match, Haiti jumped out to a 3-0 lead, led by a goal from Borgella in the seventh minute.  Nérilia Mondésir also scored for Haiti in the first half while midfielder Melchie Dumornay added a brace in the second. 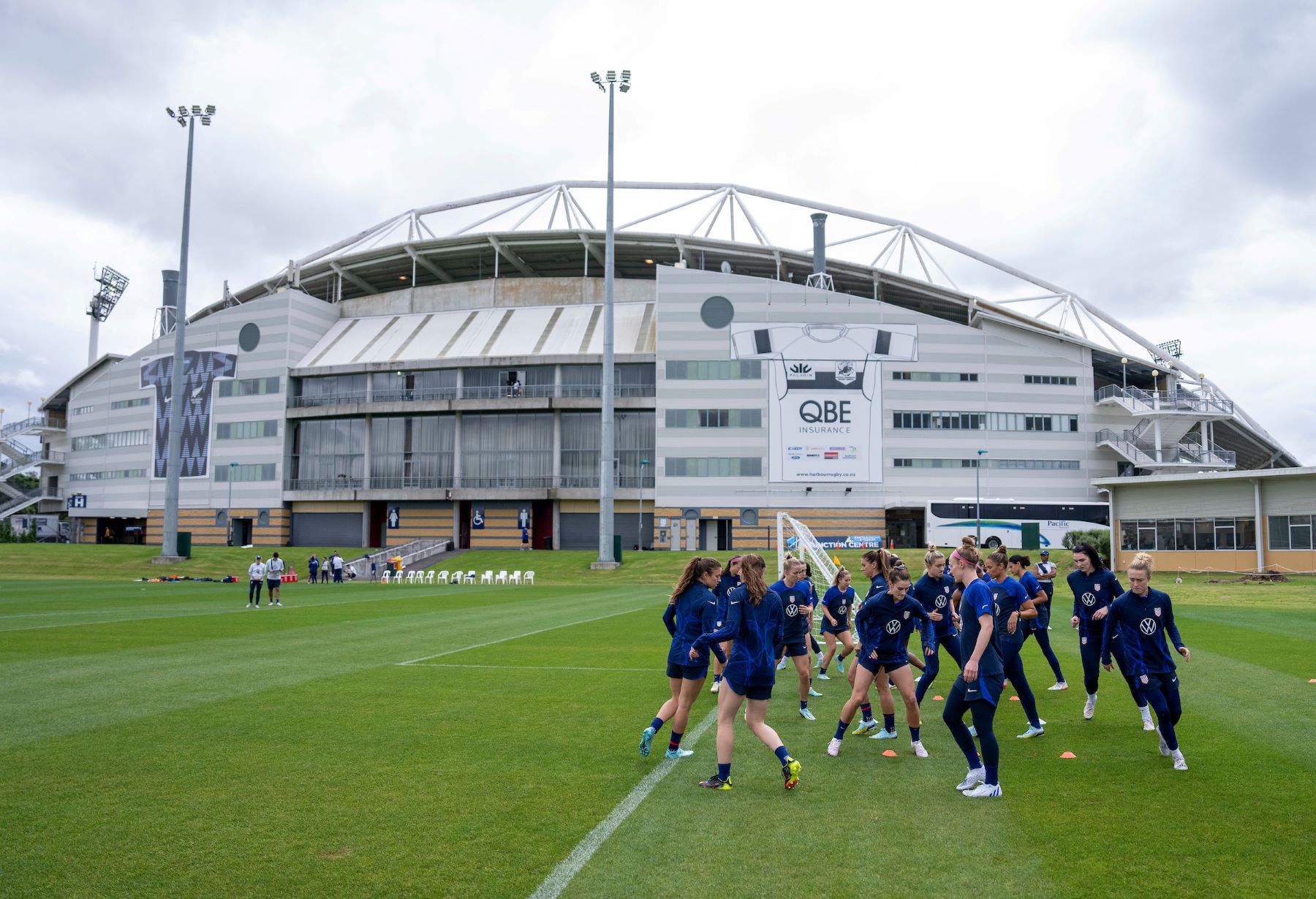