Jonathan Santillan’s parents wondered if there was something wrong with their boy.

“I didn’t really like soccer when I was little,” the 18-year-old, known in his Queensboro FC II side as Jona, said with a smile. “But my whole family was crazy about it – and I mean they really loved it."

His father, mother and brother shared a deep passion for the game, and especially beloved were the era’s heroes from club side Cruz Azul like Ricardo Osorio and Cesar Delgado. But young Jona was eager to switch the channel to WWE and high-flying circus acts like John Cena and Rey Mysterio.

“So my dad and my brother really felt like they had to kick some sense into me after that,” Jona remembered of the transformation, at around age six, that opened the door to a future beyond his roots in Southern California. “They sat me down and made sure I grew to love the game.”

It was the gift of a soccer ball that changed everything. “After that, from when I was eight years old, I really fell in love with the game,” added the predatory striker and current top-scorer in 2023 Open Cup Qualifying. “It really brought me and my family closer together.”

A Glimpse of the Big-Time

Jona’s raw talent bloomed in a hurry. By 14 he was playing against grown men, and scoring goals. He spent four years enrolled in the academy at local MLS club LA Galaxy, where he was coached by first-teamers and star names like Juninho and former U.S. Men’s National Team schemer Sacha Kljestan.

“Chicharito [Galaxy and Mexico hero, Javier Hernandez] came up to me once and said, ‘you’re doing great. Keep going. Don’t stop’,” Jona recalled of one of the few occasions when he was invited to train with the Galaxy’s first team and its cavalcade of top-tier pros. 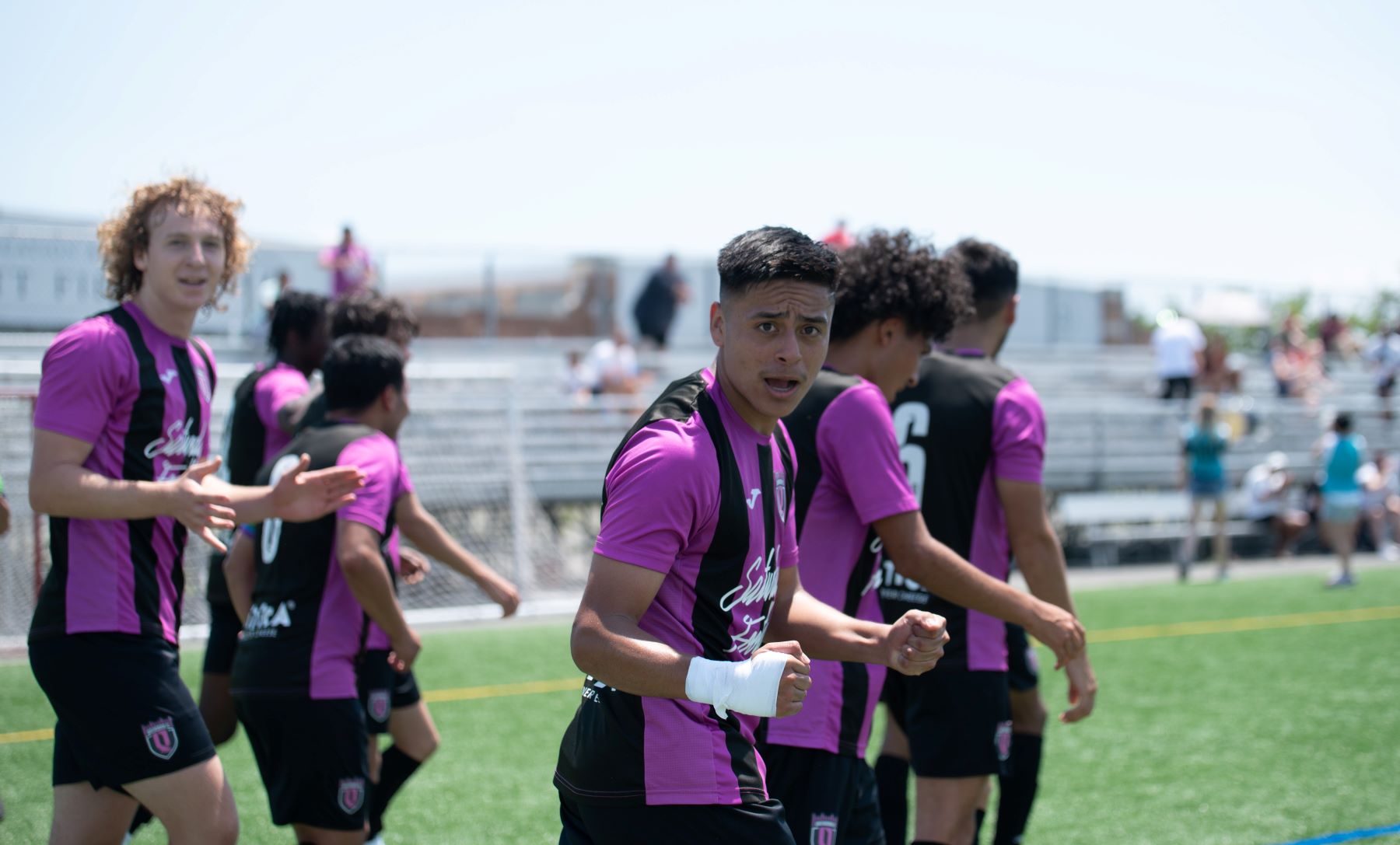 “That was a great moment I won’t ever forget,” he said of holding his own against those who were doing what he dreamed of since his father put that soccer ball at his tiny feet all those years ago.

It’s goals that got Jona noticed. Those goals – which came in all shapes and sizes – spurred interest from the Queensboro FC club, and inspired the young player to uproot, move thousands of miles away, and try his luck at a pro career in the Big Apple. It’s said, if you can make it there you can make it anywhere.

When he arrived last year, it was his first time in New York City. It was also the dead of winter and a shock from the Sunny-and-70s repetition of his hometown of Anaheim. “It was snowing when I got off the plane, so I knew about the big change right away,” Jona said of his arrival, before he went on to score 30 goals for Queensboro in the 2021 UPSL Spring season and finish top-scorer in the playoffs.

The team is Queensboro FC’s second squad. The players are all-amateur, for now, but the team is a kind of laboratory to see who might just make the cut when the club launches its USL Championship pro side next year in the country’s second professional tier.

Most of the players are from the New York metro area. But Jona, and a handful of others who hail from out of state – and out of the country – live together in a shared house in the club’s home borough of Queens. 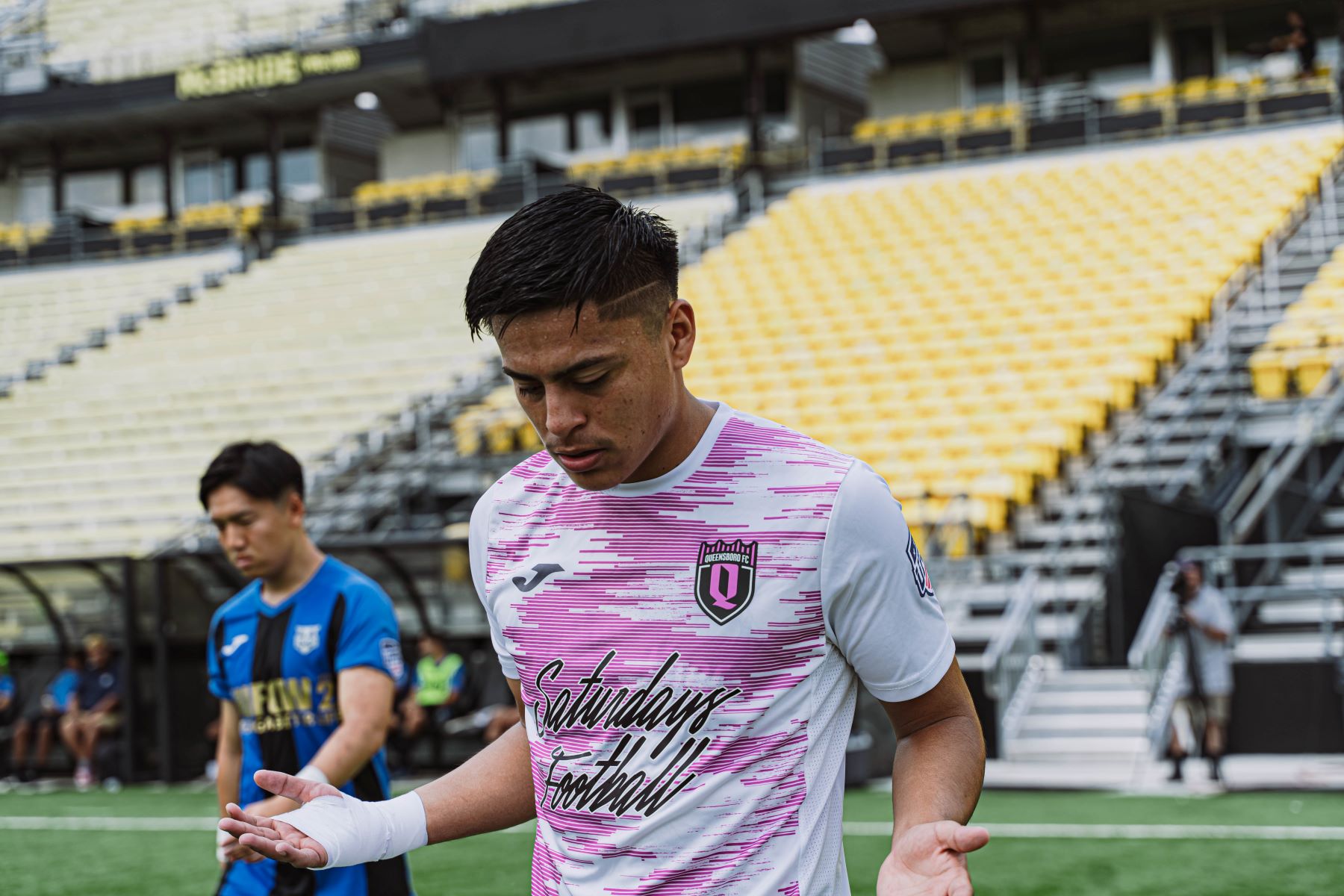 One of the youngest teams in Open Cup Qualifying, with all but one of the players under the age of 19, the Queensboro boys are striking fear in the hearts of more seasoned players as they navigate the pitfalls of amateur qualifying through the New York Metro Area. There the likes of former Open Cup champions the Greek Americans, and 2021 National Amateur Cup champions Lansdowne Yonkers, field far more experienced players – many of whom know all the tricks of the trade.

“There’s a lot of talent in this team,” Jona insisted of his Queensboro side who’ll soon face UPSL mates and 2022 Open Cup participants Oyster Bay United in the Second Qualifying Round. “We know what we’re capable of, but, yes, we’re a very young team. And we’re playing against older people with a lot of experience. So we have to be ready for what’s in front of us.”

Jona made a splash in his – and his club’s – Open Cup debut last month. His four-goal performance made sure, beyond a shadow of a doubt, he’d be a tightly marked man from there on out.

“In the moment, when it’s happening [scoring goals], you just feel it, that emotion, that eagerness,” said Jona after a lopsided 5-0 win over the Kearny Scots-Americans, one of the country’s oldest operating soccer clubs. “For me, l love it. I just love scoring goals. Once I get one, I want more. The feeling of it is something special to me and it’s what motivates me to keep going.

“I’m happy I was able to contribute to our team’s hope of moving on,” added Jona, who's targeting a run to the 2023 Open Cup proper, which requires four Qualifying wins against some of the best amateur sides in one of the country’s most competitive regions. “For the club this is huge because it’s a big step up, especially if we go far and meet some big teams. And then we can really show what we can do.”

Jona’s ambitious. And his scoring instincts are rare. Coach Diego Gomez, a former goalkeeper, sees it again and again in training.

“He [Jona] has the capacity to score goals and, more importantly, to do it consistently,” said the Queensboro II boss, a former youth player at both Spanish giants Real Madrid and Barcelona. “I have big hopes that he can perform like this at the professional level with us [when the first team is launched].”

“It’s about mindset and focusing on what’s ahead” said Queensboro’s ace in the making, a long way from home and hunting a big dream. “Only look forward.”