The U.S. Men’s National Team will face Iran in its final Group B match of the FIFA World Cup at Al Thumana Stadium in Doha, Qatar on Tuesday, November 29 at 2 p.m. ET (FOX, Telemundo); Presented by BioSteel
November 27 2022
5 Things 2 Know

The second-place Iranians (1-1-0, 3) dropped a 6-2 decision in their opening match with England on November 21. Mehdi Taremi bagged a brace in that encounter. They rebounded with a 2-0 win against Wales in their second game on November 25, scoring both goals deep into stoppage time. Defenders Rouzbeh Cheshmi and Ramin Rezaeian found the net in the dramatic finish.

Iran clinched its spot in Qatar as winner of its group in Asia’s third round of qualifying. In the 10-game round robin, Iran went 8-1-1 to secure its third-straight World Cup ticket. Drawn in Group A, Iran faced off against Iraq, Korea Republic, Lebanon, Syria and United Arab Emirates. Team Melli qualified with a 1-0 home win over Iraq on January 27 with three games remaining, becoming the first Asian country to qualify for the FIFA World Cup.

The Iranians entered AFC qualifying in the second round, drawn in Group C alongside Iraq, Bahrain, Cambodia and Hong Kong. Iran also topped its second-round group, out-scoring its opponents 34-4. The team’s 49 goals in its two World Cup qualifying rounds were second-most in Asia to Japan’s’ 58.

Qatar 2022 is Iran’s third-straight appearance at the FIFA World Cup and fifth overall. The Asian nation never has advanced from the group stage at the tournament, finishing third behind Spain and Portugal at Russia 2018 and fourth behind Argentina, Nigeria and Bosnia and Herzegovina at Brazil 2014. In 17 FIFA World Cup matches, Iran is 3-10-4.

Iran has a history of success at the continental level, winning three consecutive AFC Asian Cups in 1968, 1972 and 1976, the most of any Central Asian nation. In 2019, Iran finished third, reaching the tournament semifinals before falling to Japan.

The USA and Iran met in their second game of the group stage of the 1998 FIFA World Cup in France, a 2-1 defeat. Iran took the lead on Hamid Estili‘s goal in the 40th minute and added a Mehdi Mahdavikia tally in the 83rd minute before current USMNT general manager Brian McBride pulled one back in the 87th minute. 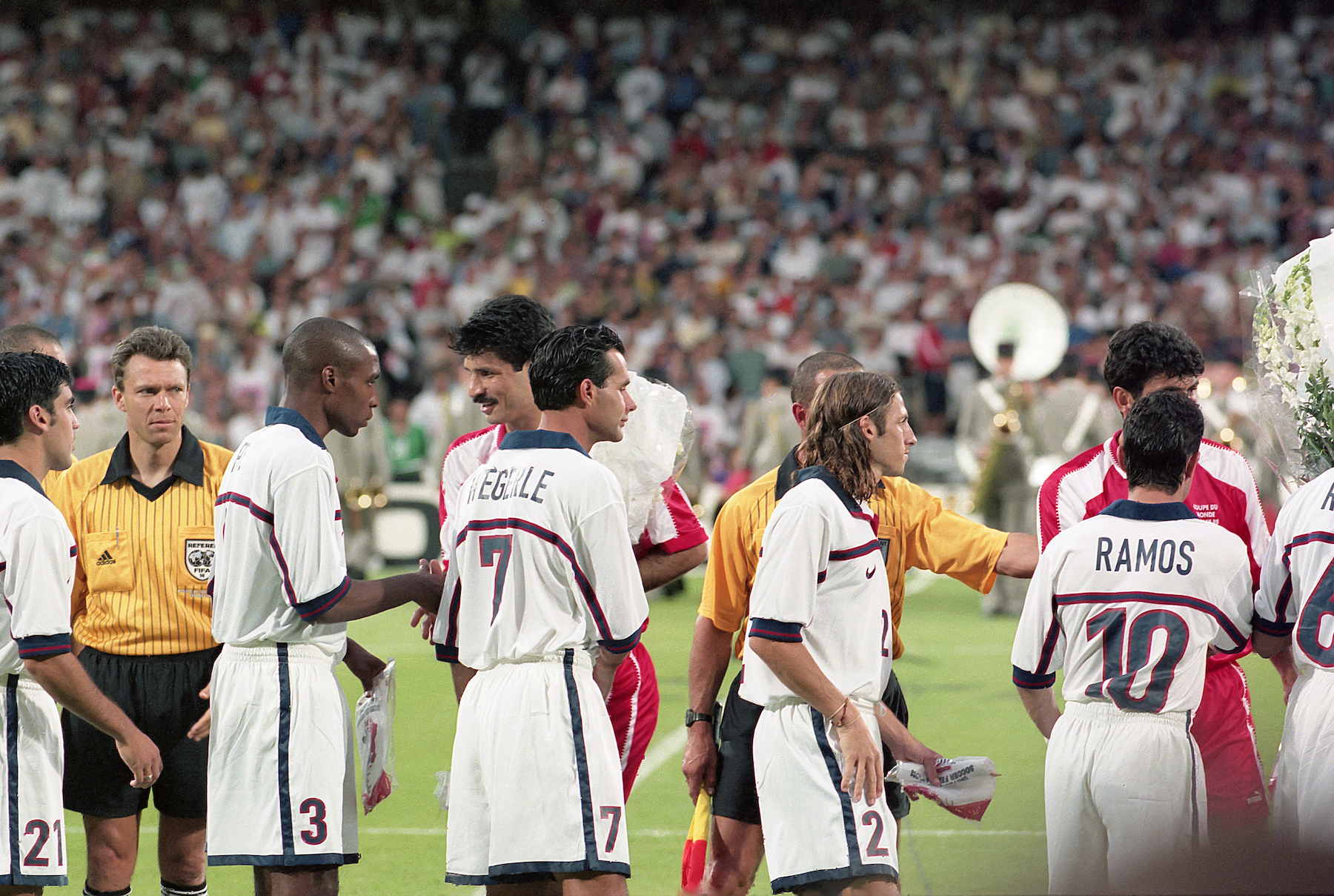 The teams also met in a January 16, 2000 friendly match at the Rose Bowl in Pasadena, Calif. Midfielder Chris Armas scored for the U.S. in a 1-1 draw. Claudio Reyna, father of current U.S. forward Gio Reyna who made his FIFA World Cup debut as a second-half substitute against England, captained the Americans.

During his first tenure with Iran, he guided the team to the 2014 and 2018 FIFA World Cups, though the team failed to get out of the group stage. Iran reached the Asian Cup quarterfinals in 2011 and 2015.

His journeys have taken him to such clubs as Sporting Lisbon (Portugal), Grampus Eight (Japan), Manchester United (England, assistant coach) and Real Madrid (Spain) and to such national teams as United Arab Emirates, South Africa, Portugal, Colombia and Egypt.

Defenders Shojae Khalilzadeh and Hossein Kanaanizadegan might feel the most comfortable of all the Iranian players since they play for Al-Ahli in Qatar.

On the domestic front, Queiroz decided to call in nine players from three of the four top teams in the Persian Gulf Pro League - Persepolis (four), Esteghlal (three) and Sepahan (two).

In an unusual move, Queiroz decided to include four goalkeepers on the roster. Most teams have three netminders on their World Cup roster. As it turned out, Queiroz might have made the correct decision since starter Alireza Beiranvand was injured in the World Cup opener and replaced by Hossein Hosseini in the 20th minute.

Iran boasts three forwards who have done well in Asian international soccer. Sardar Azmoun (Bayer Leverkusen), leads the way with 41 goals, including 10 during Asian World Cup Qualifying. He is followed by Mehdi Taremi (Porto), who scored twice in the opener, with 30. And Karim Ansarifard (Omonia) with 29.

Midfielder Alireza Jahanbakhsh and Taremi netted several important goals for during the third round of Asian World Cup qualifying, each tallying four times. Taremi, scored the goal that punched Team Melli’s ticket to Qatar in a 1-0 win over Iraq on January 27. Jahanbakhsh, who led the Eredivisie in scoring during the 2017-18 season with AZ Alkmaar, plays for Dutch power Feyenoord. 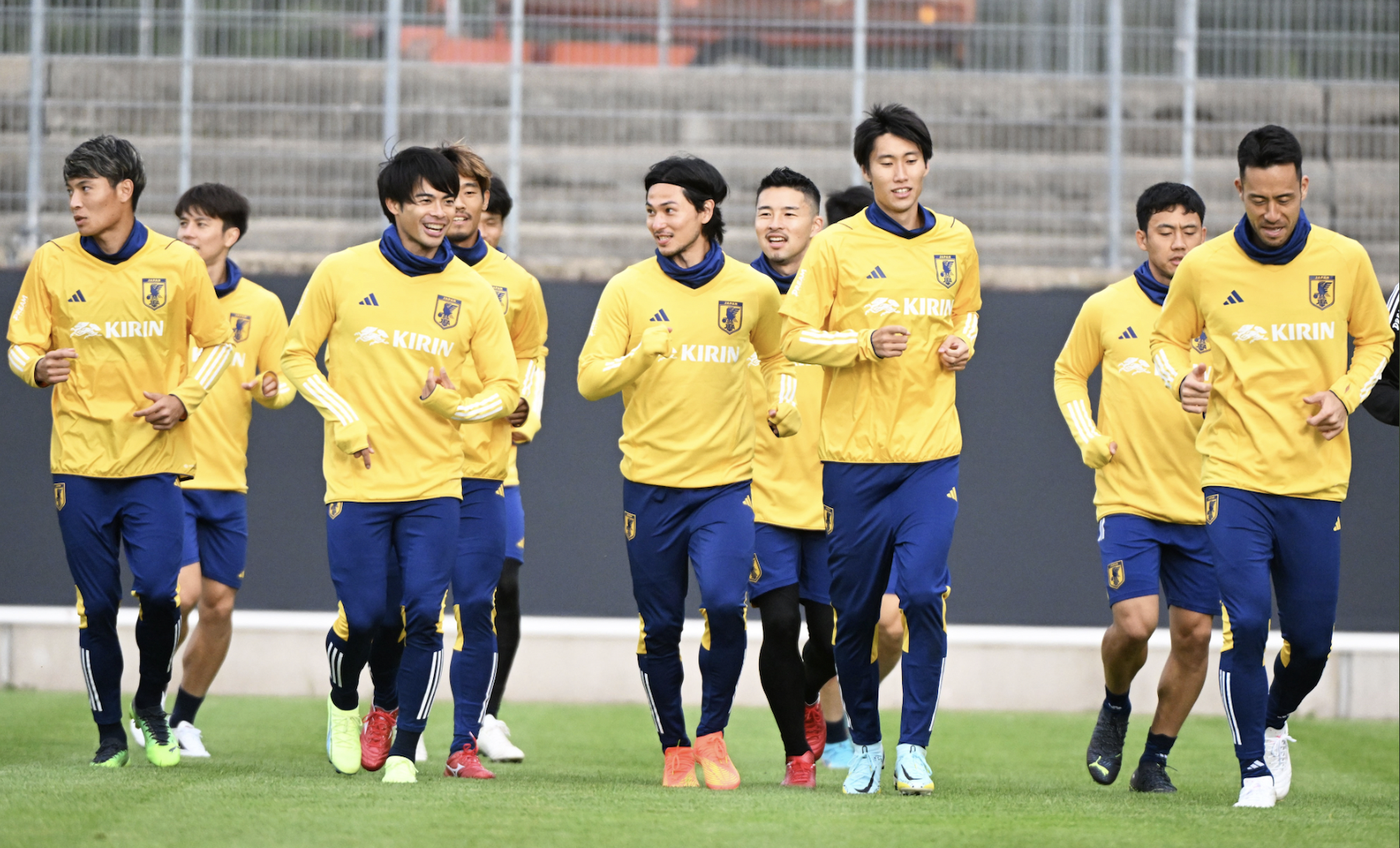