The Women’s CP NT will be celebrated at the USWNT’s match against Germany on Sunday, Nov. 13 at Red Bull Arena in Harrison, N.J. as the team will gather in Clifton, N.J. for a touchpoint training camp from Nov. 10-14. The CP WNT will also attend USWNT training on Saturday, Nov. 12 to meet with their fellow reigning world champions.

“We’re excited for the opportunity to celebrate our world champion Women’s CP National Team during a match for our world champion USWNT,” said Cindy Parlow Cone, U.S. Soccer President. “U.S. Soccer has always been a leader in women’s sports, and with the support of Degree® our CP National team, continued that tradition by winning the inaugural IFCPF Women’s World Cup. They are off to a flying start and the future is very bright.”

Degree® Deodorant became the official partner of U.S. Soccer’s Men’s and Women’s CP National Teams in November 2021 and helped support the Women’s CP NT’s first-ever identification camp in January 2022. Together, Degree® and the U.S. CP National Teams are working to advocate for more inclusive representation of what it means to be a “mover” and inspire future generations of athletes with disabilities to move with confidence.

Women's CP NT head coach Tricia Taliaferro has called 10 players to the team’s training camp in Clifton, including nine of 10 players who helped the USA lift the IFCPF Women’s World Cup trophy in May.

The Men’s and Women’s CP National Teams are open to athletes with cerebral palsy, stroke, or traumatic brain injury. For more information or to inquire about athlete eligibility, please contact U.S. Soccer's Extended National Teams Department via email at extendednt@ussoccer.org. 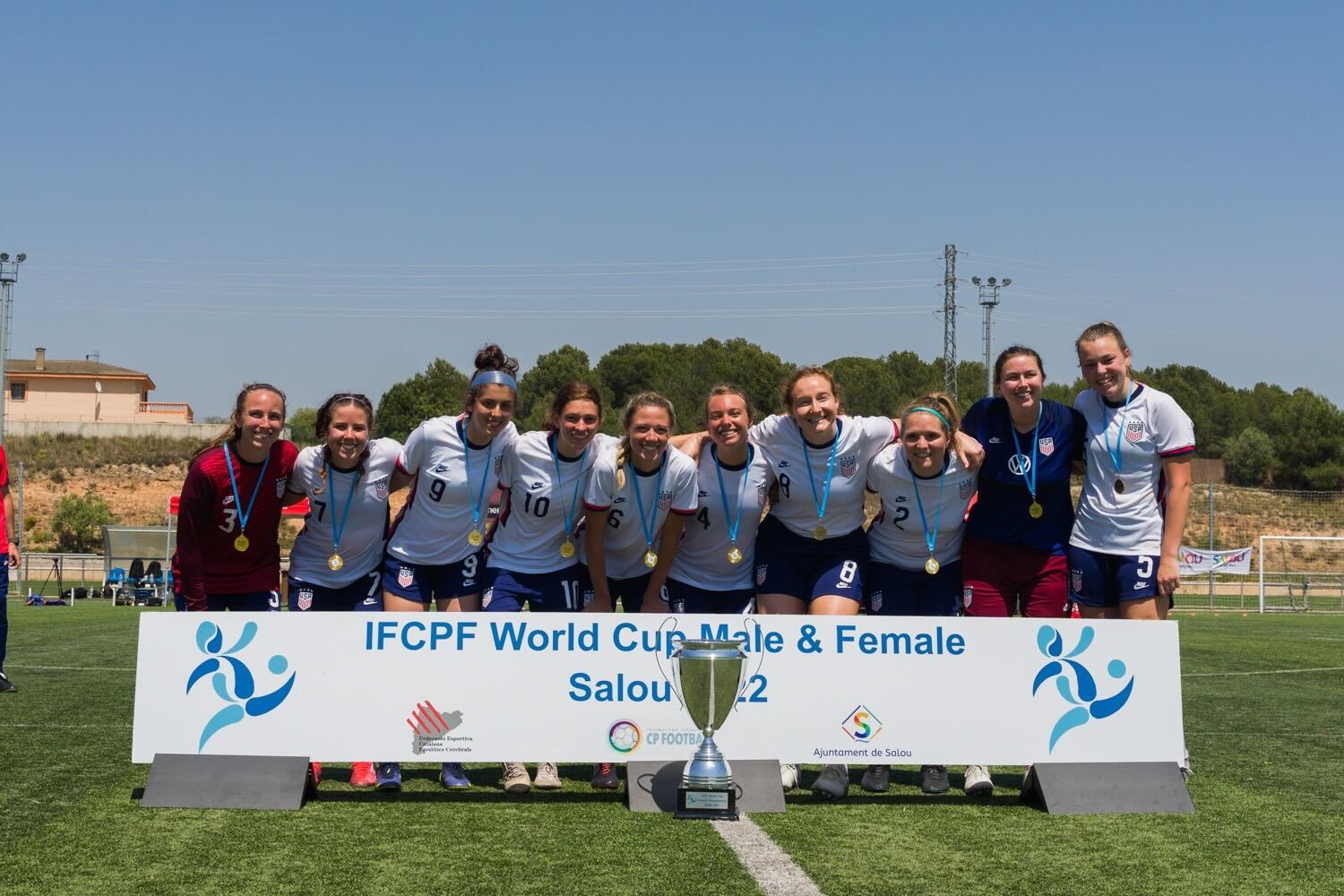