It's Time: WNT Begins Quest For World Cup on Monday

U.S. WNT OPENS GROUP D PLAY AT 2015 FIFA WWC: The U.S. Women’s National Team will begin its quest for a third title when it opens the 2015 FIFA Women’s World Cup on Monday, June 8, against Australia at Winnipeg Stadium in Winnipeg, Canada. The USA’s opening game on the third match day of the tournament will be the first of three Group D matches which also includes clashes Sweden and Nigeria. The match will be broadcast live on FOX Sports 1 and NBC Universo at 7:30 p.m. ET (6:30 p.m. CT). Fans can follow all the action on Twitter @ussoccer_wnt and @ussoccer_esp, and follow the team along its journey by following it on Instagram and on Snapchat (ussoccer_wnt).

HOW WE GOT HERE: The WNT won the 2014 CONCACAF Women’s Championship held last October in the USA. The USA officially clinched a spot in this year’s World Cup with a 3-0 semifinal victory against Mexico on Oct. 24. The USA capped off qualifying with a 6-0 win against Costa Rica in the title game on Oct. 26, led by four goals from Abby Wambach. Midfielder Carli Lloyd played every minute of the tournament and was named Most Valuable Player of the competition. Abby Wambach led the USA in scoring in the tournament with seven goals while Lloyd had five.

#SHEBELIEVES: While the U.S. Women’s National Team players want to make an impact on the soccer field during the 2015 FIFA Women’s World Cup, they also are determined to make an impact on their fans, especially the young girls and women who will be watching them. Conceived and developed by the USWNT players, the #SheBelieves campaign is a message to young girls that they can accomplish all their goals and dreams. During the week of May 19-24, all 23 players went into their communities to give back and share the message that anyone’s dreams and goals can become a reality if one just believes.

ONE NATION. ONE TEAM. 23 STORIES: As the team gets play underway in Canada at the 2015 FIFA Women’s World Cup, get to know each player through U.S. Soccer’s "One Nation. One Team. 23 Stories." series, presented by Clorox. Sprinkled with humor, fun and heartfelt stories, the videos give fans insight into the players’ personalities, families, motivations, and some of the challenges they’ve experienced on the different roads they’ve traveled to earn the right to represent the United States in the ultimate competition for a soccer player.

2015 LOOK BACK: On May 30, the USWNT wrapped up its three-game Send-Off Series in Harrison, New Jersey, with a 0-0 draw against Korea Republic. Another sold-out crowd of more than 26,000 fans came to see the WNT off to Canada during its last game in home soil. A week earlier on May 17, the USWNT defeated CONCACAF rival Mexico 5-1 at StubHub Center in Carson, California, in front of a sold-out crowd of 27,000 fans in its second Send-Off Series game. Sydney Leroux and Abby Wambach led the way with two goals each while Lori Chalupny added a tally, her second of the year. Just a week prior, the U.S. Women began the Send-Off Series with a dominating 3-0 win over the Republic of Ireland in San Jose, California. The Irish did not manage to get off a shot. Abby Wambach scored twice and defender Julie Johnston notched her third goal in three games to give the sold-out crowd a special win on Mother’s Day. The win was the second at home for the WNT in 2015, which had defeated New Zealand 4-0 on April 4 in the first domestic match of the year at Busch Stadium in St. Louis, Missouri. Earlier in the year, the WNT took home the trophy at the 2015 Algarve Cup in Portugal, where the Americans triumphed 2-0 against France in the championship game to win its 10th title at the annual tournament. The USA begins its run at the 2015 FIFA Women’s World Cup with a 7-1-2 overall record so far in 2015.

GROUP D SCHEDULE: The U.S. Women’s National Team will face Australia, Nigeria and Sweden in Group D at the 2015 FIFA Women’s World Cup. The U.S. opens the tournament against Australia on June 8 at Winnipeg Stadium, face Sweden on June 12 in Winnipeg, and finish Group D play against Nigeria on June 16 at BC Place in Vancouver. The USA, Nigeria and Sweden have competed in every edition of the FIFA Women's World Cup. 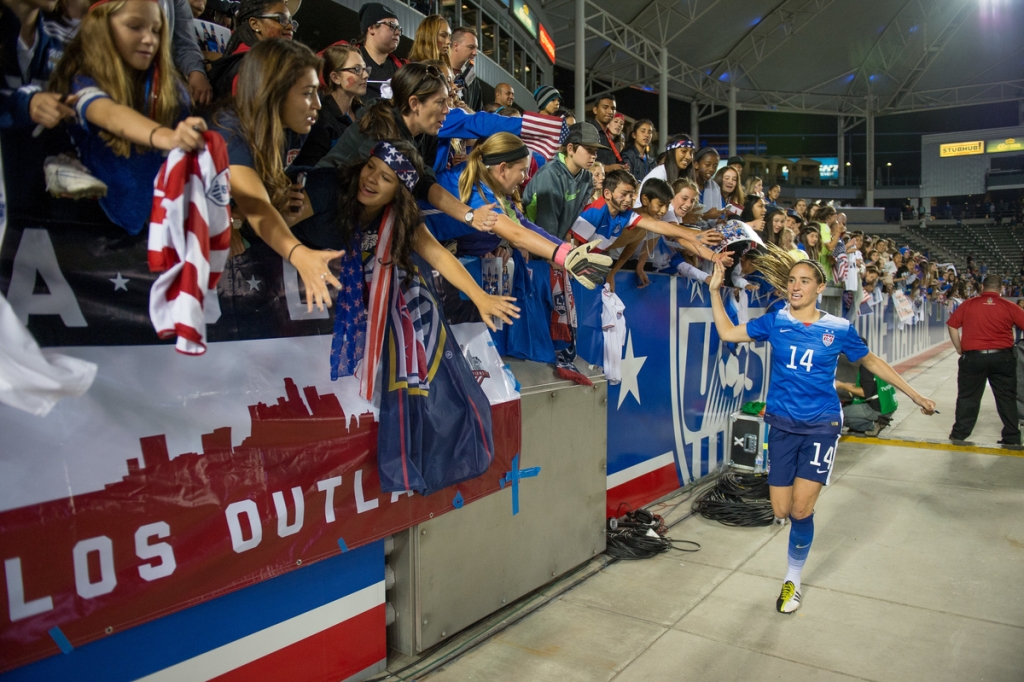 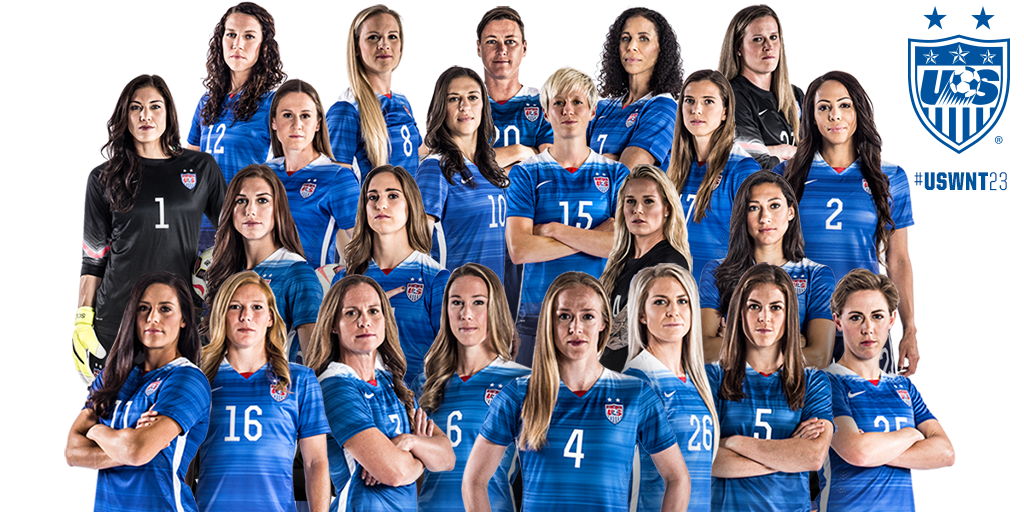 MATILDAS PRESENT A FAMILIAR OPPONENT: The USA has faced Australia on 24 previous occasions, with 22 of those games being friendlies, one an Olympic match and the other a World Cup game. The U.S. holds a record of 22-0-2 against Australia, and has outscored them 83-20 throughout its history. With a series that dates back to 1987, the USA has shut out the Matildas on 10 occasions, allowed one goal 10 times, and only allowed two or more goals during four meetings between the two countries. The worst result against Australia came on May 3, 2008 in Birmingham, Alabama, when the USA allowed four goals in a match for the first time in a 5-4 victory. Most recently, the USA and Australia met on Oct. 20, 2013 in San Antonio, Texas, where the WNT earned its 10th shutout with a 4-0 win.