Five Things to Know About the National Development Center

The future of U.S. Soccer Coaching Education is underway in Kansas City. On February 22nd, the first official coaching course was completed with a group of Grassroots coaches earning their 9v9 In-Person License. On February 25th, a group of A-Senior candidates began a six-day journey at the state of the art facility. Built for coaches of all levels, the NDC will be central to the development of future coaches in the United States.

Get up to speed with five things to know about the National Development Center:

Providing a permanent, national home for the education of coaches and referees, the NDC also houses the Children’s Mercy Sports Medicine Center and is the training home of Sporting Kansas City. Spanning 50.49 acres, the site’s foundation is its 81,100 square foot education and medical center, which is surrounded by three full size natural grass fields, two synthetic, lighted fields for coaching and referee development and a two-story coaching pavilion between fields for observation. The project first broke ground in July 2016 and cost $75 million to build. 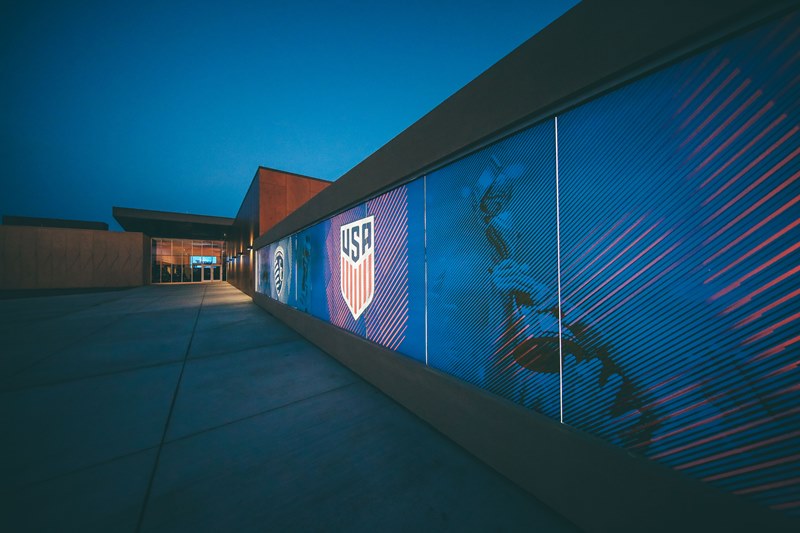 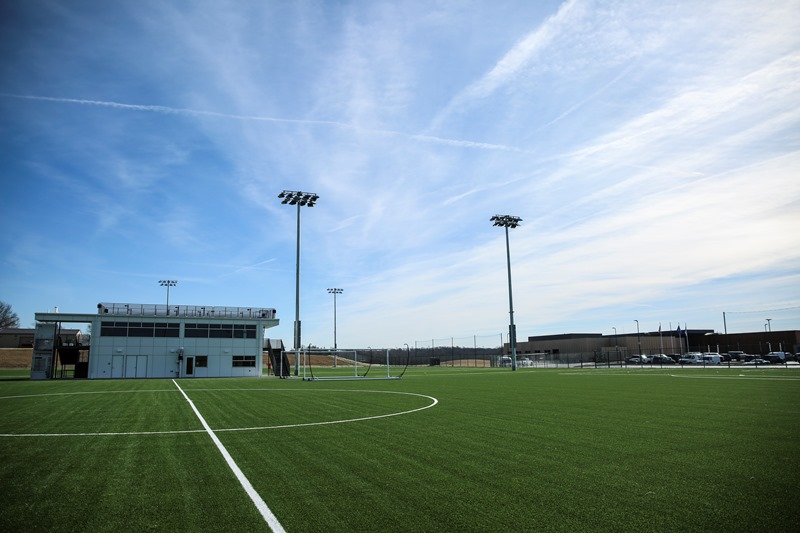 The two turf fields, separated by the two-story coaching pavilion, make up a small section of the NDC facility known as the U.S. Soccer “Pitch Lab.” The concept was created during the early planning stages of the NDC’s development. The second floor of the pavilion, which lies above restrooms, storage space and two additional breakout rooms, contains two classrooms: one facing east and the other facing west, giving perfect views of the two turf fields. The innovative brainchild of SKC and U.S. Soccer, the Pitch Lab delivers a one of a kind opportunity for coaching candidates and instructors to observe coaches working on both fields. The roof of the building also allows provides a spacious observation deck with multiple camera positions.

WHAT IT MEANS FOR COACHES

Built with the intention and purpose to service coaches and their development needs, the NDC will play host to every development level along the U.S. Soccer Coaching Education pathway, from the newly initiated Grassroots courses all the way to the U.S. Soccer Pro License. Whether a parent is starting out as a volunteer coach or an NWSL coach is starting their Pro License course, the NDC is home for those individuals who embrace lifelong learning and aspire to get better every day. As U.S. Soccer continues its mission to develop world class players, coaches and referees, the NDC will be a powerful resource for coaches at all levels to raise the level of coaching in the country.