The U.S. Women’s National Team will begin a run of four domestic matches leading into the Women’s World Cup when it faces New Zealand on April 4 at Busch Stadium in St. Louis. The match has sold more than 32,000 tickets for what will be the U.S. WNT’s first game in St. Louis since 2007 and first appearance at Busch Stadium. The match will be broadcast on FOX Sports 1 at 3 p.m. CT. Fans can follow all the action on Twitter @ussoccer_wnt and @ussoccer_esp, or Instagram.

The ticket amount sold so far puts the match within striking distance of the largest stand-alone crowd for a U.S. WNT home friendly in the history of the program. The current record is the 36,405 that turned out at Arrowhead Stadium in Kansas City, Missouri, to watch the USA defeat Finland 6-0 on Oct. 7, 1999, following the USA’s historic run to the 1999 Women’s World Cup title. The U.S. Women are coming off a victorious turn at the 2015 Algarve Cup in Portugal, where the Americans triumphed 2-0 against France in the championship game to win its 10th title. The USA comes into the match against New Zealand – its first domestic match of the year – with a 4-1-1 record so far in 2015.

BACK TO ST. LOUIS WITH A SPLASH: The U.S. Women’s National Team returns to St. Louis for the first time in seven and a half years (10/13/07 vs. Mexico; 5-1 win in front of 10,861) and U.S. Soccer has partnered with Major League Baseball’s St. Louis Cardinals for this event. Over 32,000 tickets have been sold, putting the match within striking distance of the largest stand-alone crowd for a U.S. WNT home friendly in the history of the program. The current record is the 36,405 that turned out at Arrowhead Stadium in Kansas City, Missouri, to watch the USA defeat Finland 6-0 on Oct. 7, 1999, following the historic run to the 1999 Women’s World Cup title.

U.S. Soccer is looking to build on the successful soccer events Busch Stadium has hosted in recent years: 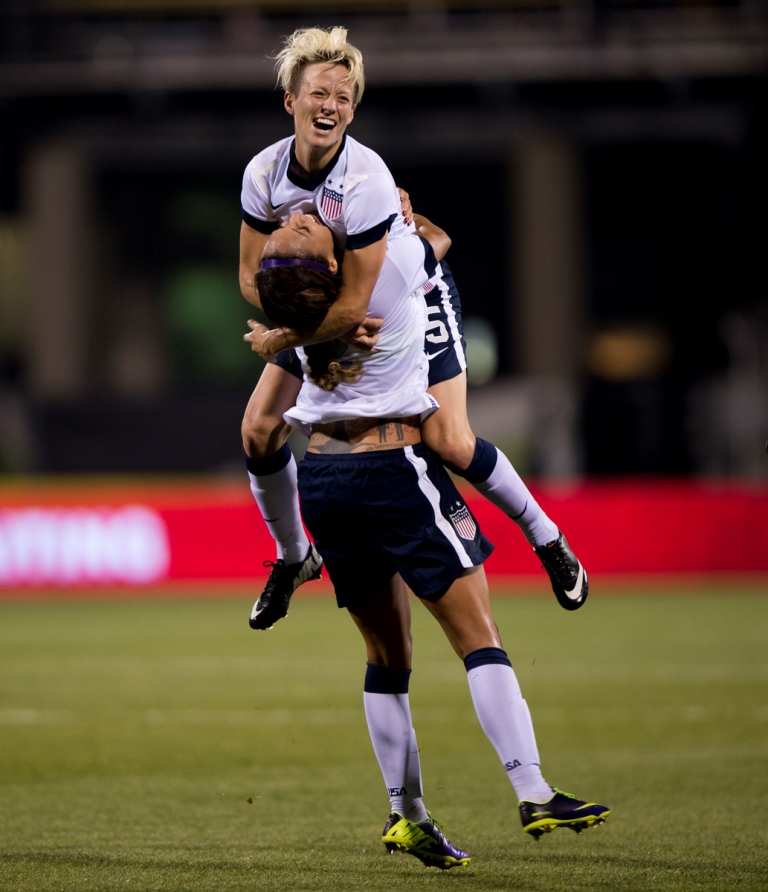 Megan Rapinoe celebrates scoring in the second of two matches vs. New Zealand in 2013 with Sydney Leroux.

IN THE RECORD BOOKS:

SEND-OFF SERIES BRINGS U.S. WNT TO NORCAL, SOCAL AND NJ: The USA will play just 360 more minutes of international soccer before the Women’s World Cup kicks off this summer. Three of the final four remaining matches will be part of the USA’s Send-Off Series [TICKETS]. These three games will take the WNT to the new Avaya Stadium in San Jose, California, to face Ireland on May 10; the familiar surroundings of StubHub Center in Carson, California, on May 17 to face Mexico; and Red Bull Arena in Harrison, New Jersey, on May 30, to play the Korea Republic. The USA’s 23-player Women’s World Cup roster will likely be named before the squad begins the Send-Off Series.

The U.S. Women's National Team was drawn into Group D at the 2015 FIFA Women’s World Cup where it will face Australia, Nigeria and Sweden. The seventh edition of the tournament will take place from June 6-July 5 in Canada. The U.S. will open the tournament against Australia on June 8 at Winnipeg Stadium, face Sweden on June 12 in Winnipeg, and finish Group D play against Nigeria on June 16 at BC Place in Vancouver. The USA, Nigeria and Sweden have competed in every edition of the FIFA Women's World Cup. 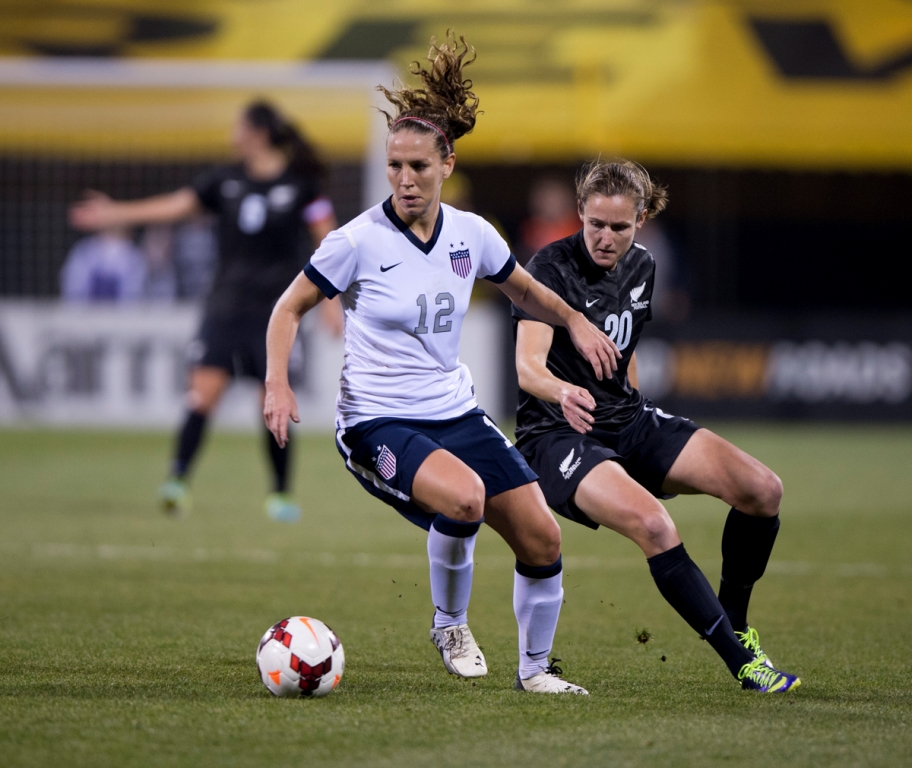