MNT by the Numbers: 2017 January Camp

The U.S. Men’s National Team’s 2017 January Camp is in the books. Check out some quick numerical takeaways from the MNT’s first two matches of the year:

0 – Number of goals allowed by the U.S. back line during the two matches

1 – Number of players who played every minute in both matches: Steve Birnbaum earned that distinction

2 – Number of career assists for Benny Feilhaber following his helper on Jordan Morris’ goal vs. Jamaica.

3 – Team-leading number of clearances made by Walker Zimmerman in his MNT debut on Feb. 3 vs. Jamaica

4 – Number of players that made their MNT debuts during January Camp: Sebastian Lletget, Chris Pontius, Jorge Villafaña and Walker Zimmerman 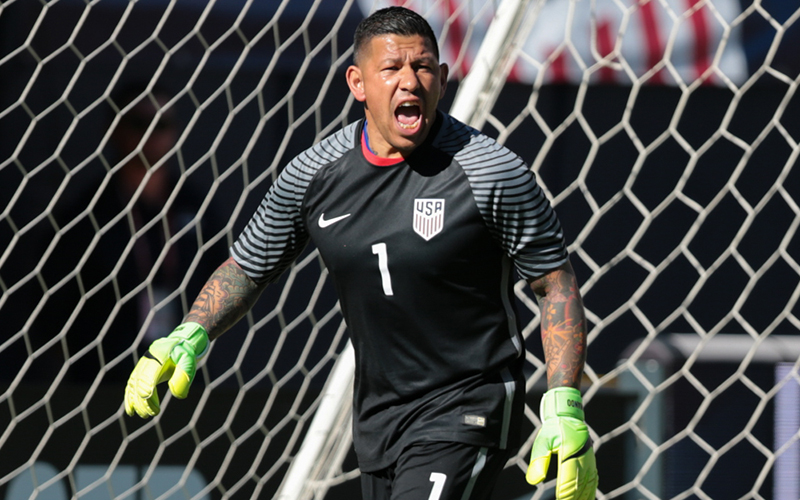 5 – Nick Rimando (above) collected his fifth career clean sheet while making three saves in the MNT’s 0-0 draw vs. Serbia

23 – Number of players that earned appearances during the course of two matches.

26 – Number of days players spent in camp from arrival on Jan. 10 and departure on Feb. 4

59 – Jordan Morris scored his second career international goal – and second game-winner - in the 59th minute of the MNT’s 1-0 victory against Jamaica. Watch it again below:

92% – Passing accuracy for Sebastian Lletget in both matches, the highest on the team among players that made a minimum of 20 in either game.

100 – Number of caps Jozy Altidore reached when he started Jan. 29 vs. Serbia, making him the second youngest MNT player all-time to hit the century mark.

128 – Number of caps attained by Michael Bradley, pushing him past Marcelo Balboa and into sole possession of fifth all-time on the MNT appearance list