Five Things to Know About U-17 MNT Striker Andrew Carleton

One of the few players on the current U.S. U-17 Men’s National Team to already have a professional contract, Andrew Carleton has been a key member of head coach John Hackworth’s group during the current cycle.

Here are five things you should know about the U-17 MNT and Atlanta United FC striker:

Get to Know Andrew
Born to parents John and Michelle on June 22, 2000 in Atlanta, Ga., Carleton is the oldest of five siblings, with sisters Erin (15) and Coco (13) and brothers Alan (12) and John (10). Having shown well for Georgia United in U.S. Soccer Development Academy play, the budding striker left the Carleton nest in January 2016 to join U.S. Soccer’s Residency program in Bradenton, Fla.

A Soccer Family
Two of Carleton’s siblings have already begun to make their own waves on the youth soccer landscape. His brother Alan is currently a member of Atlanta United FC’s U-12 Academy team, while his sister Erin was called into two U-14 Girls’ National Team training camps in 2016. Rounding out the soccer players in the family is John, who currently plays for local Powder Springs club, Southern Soccer Academy. 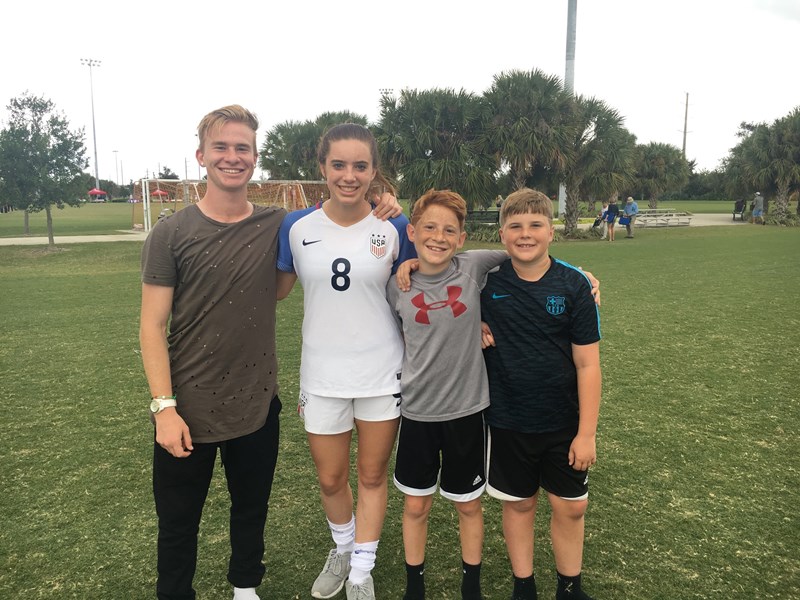 Including some time playing in the current 2016-2017 campaign, Carleton has played parts of four seasons in the U.S. Soccer Development Academy. His first three Academy seasons from 2013-2016 were spent with Georgia United Soccer Alliance. In Oct. 2015, it was announced that Atlanta United would enter the Development Academy at the U-15/16 and U-17/18 age levels for the 2016-2017 Academy season in place of Georgia United. This development provided Carleton with a smooth continuation along the player development pathway. 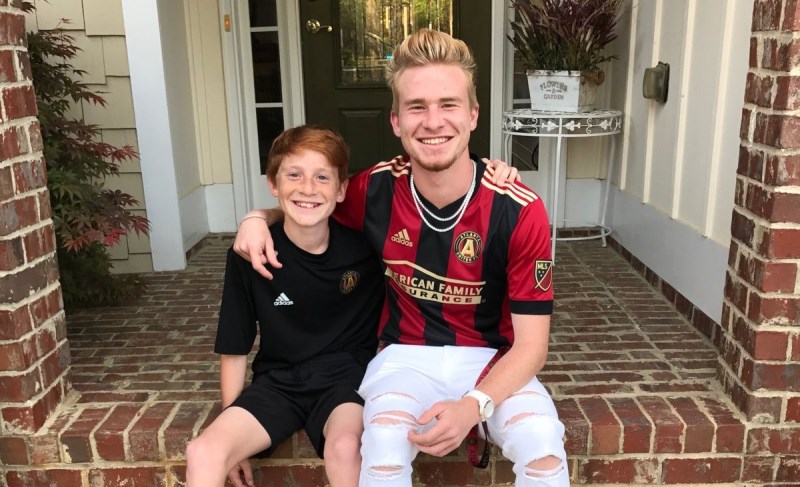 Professional Debut
After signing with Atlanta United in the summer of 2016, Carleton was loaned to the club’s USL affiliate Charleston Battery and made his professional debut at age 16 when he entered in the 71st minute of the side’s 2-1 defeat to FC Montreal.

The striker played his first full 90 minutes three days later and recorded the game-winning assist in a 2-1 victory at Richmond Kickers on Sept. 17.

U.S. Youth National Teams
Carleton received his first international call up in Sept. 2013, as part of the 48-player U-14 Boy’s National Team training camp, which was the first of the 2013-2014 U-14 cycle. Since then, Carleton has featured for the USA from the U-15 through U-18 levels.

The Powder Springs, Ga., native has been capped 29 times and recorded 15 goals for the U-17 MNT. In 2016 alone, he recorded braces against Portugal (twice), Jamaica and Turkey, and assisted on seven goals.

Carleton was key in helping the U.S. win the 2016 Nike International Friendlies last December, collecting four goals and one assist as the U-17 MNT defeated Portugal (7-1), Turkey (5-1) and Brazil (3-0).