The U.S. Men’s National Team has added some serious reinforcements for the 2017 CONCACAF Gold Cup Knockout Round, with head coach Bruce Arena using all six available roster changes ahead of Wednesday’s Quarterfinal in Philadelphia.

Of them, Arena summoned four members of the U.S. MNT’s 100 Cap Club in Jozy Altidore, Michael Bradley, Clint Dempsey and Tim Howard, a group that has been to a combined 10 FIFA World Cups.

Joining those four are midfielder Darlington Nagbe, who has been heavily involved since Arena returned as head coach last November, as well as first-time call-up Jesse Gonzalez, who recently was granted a one-time change of association request earlier this month. 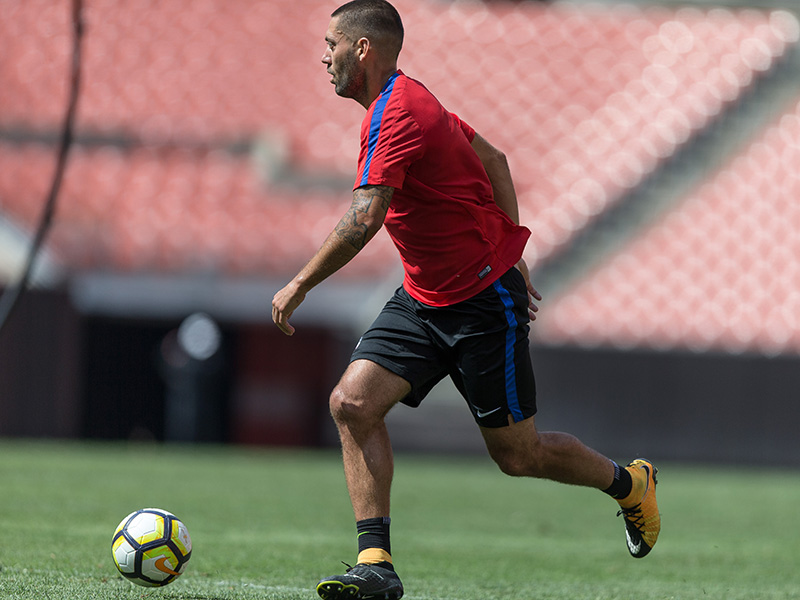 “Group play was an opportunity for a lot of players to get a chance. We had the opportunity to start 22 players in the three games, which is kind of remarkable, and now as we enter the knockout phase of the tournament we’ve got to be ready to play each and every game – win and go on, lose and go home – so bringing in some experienced players, players with some quality I think is just going to make our team better.”

Six players coming in meant another six had to depart. Coming into the Gold Cup, Arena had pre-arranged for three to leave after the Group Stage, allowing goalkeepers Brad Guzan and Sean Johnson to return to their clubs ahead of the restart of the Major League Soccer season. Midfielder Alejandro Bedoya, who was named Budweiser Man of the Match in Saturday’s 3-0 win vs. Nicaragua, was also released from camp in anticipation of the birth of his second child. 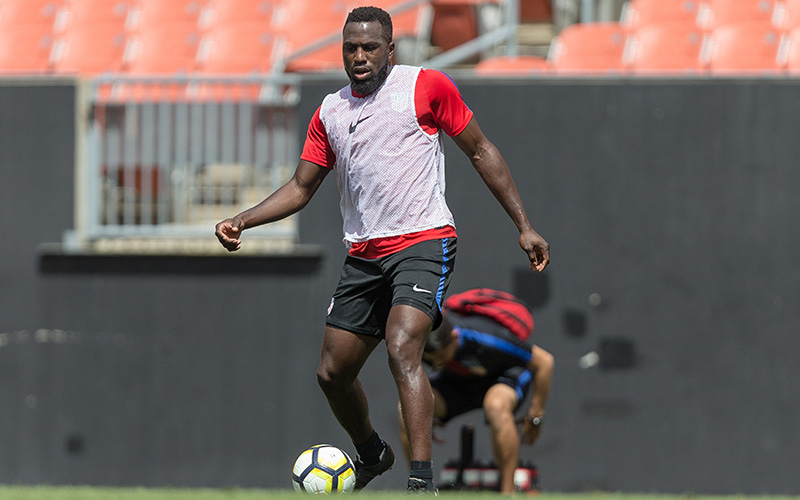 That left Arena to make three difficult choices, with the head coach electing to send home midfielders Kelyn Rowe and Cristian Roldan and forward Dom Dwyer. All three players contributed to the USA’s Group Stage success, with Rowe setting up Dwyer’s goal in the 1-1 draw against Panama before tallying his first international goal in Saturday’s 3-0 win vs. Nicaragua. For his part, Roldan also played a solid 90 minutes in Wednesday’s 3-2 victory vs. Martinique.

“All of these decisions were difficult, because all of the players did well,” Arena said. “Dom, Cristian and Kelyn did very well for us and I told them that. They’re players that we’re obviously going to continue to keep an eye on and continue to have them in the program.”

While not present, U.S. MNT captain Michael Bradley closely watched through the early part of the tournament and echoed Arena’s praise for the results a younger, less experienced group of players achieved in winning the group.

“I think the team has done a really good job of navigating through the Group Stage,” Bradley said following Sunday’s training session. “These games are never easy, they’re never as simple as anybody wants to make them out to be. You have to have a group that understands that, you have to have a group that mentally knows how to deal with that. Obviously the quality has to be there to be able to get goals and put games away, and I think everybody should be really proud of what went into the three games.” 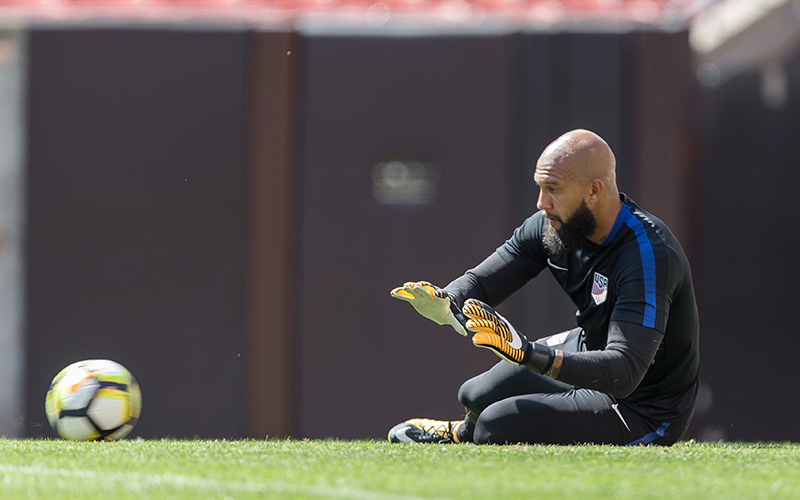 The eldest player on the roster, goalkeeper Tim Howard also played up the significance of giving younger players a chance to shine during the Group Stage.

“It’s priceless. In a World Cup Qualifying year, the games are limited. It’s hard to get guys games, and I think we’ve done a great job of getting guys valuable experience in big and meaningful matches.”

Howard, Bradley, Dempsey and Nagbe all arrived into Cleveland on Thursday night, while Altidore and Gonzalez joined the team prior to Saturday’s game in order to give the veterans a little continuity with the group that has been together since June 25.

“I think that was very important as opposed to just having six guys leave and six guys coming and rolling a ball out and playing,” Bradley said. “It’s been nice that we’ve been able to have the full group together for a few days, and obviously the focus goes to Wednesday now and doing whatever we have to do to make sure we take care of business.” 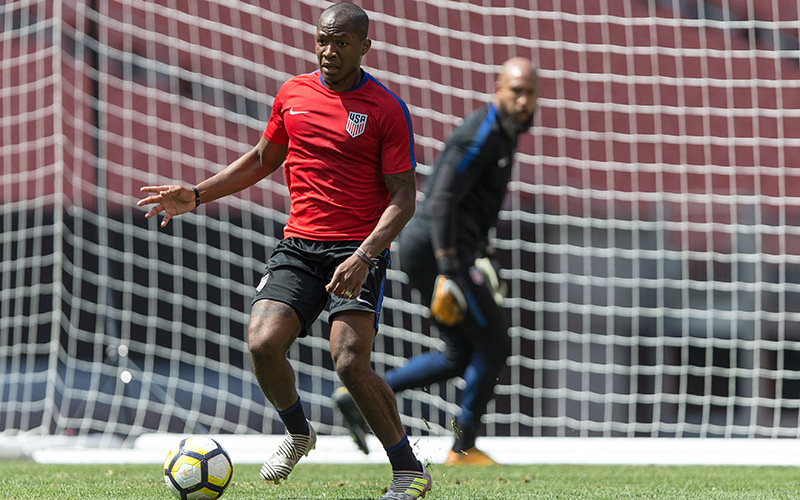 Wednesday’s Quarterfinal in Philadelphia begins the do-or-die phase of the tournament against an opponent that will be determined once Group C play ends on Sunday night. That said, the veteran reinforcements are well aware of what the competition is about at this point.

“Three games and ultimately you’re trying to win a trophy,” Howard said about the Knockout Round. “That’s what’s on the line and we’re excited for that opportunity. We know it’s going to be difficult, but we’ve been in this position before. We’ve got some veteran guys in who’ve been in this tournament and know what it’s about and hopefully we’ll be able to continue to push this group forward. They’ve done a good job in the first three games, so hopefully there are three more left.”

Added Bradley, “We all understand now that the level of competition and quality is going to continue to go up and up and we have to continue to raise our level as the tournament goes on. That’s a challenge we’re excited for.”