Before officially being called into the U.S. Men’s National Team’s 2017 CONCACAF Gold Cup camp, midfielder Cristian Roldan never put his hand over his heart for the “Star Spangled Banner”.

The choice to do so wasn’t an act of disrespect, but instead a sign of deference towards El Salvador and Guatemala – the two other nations he was eligible to represent.

With knowledge that he’d be joining the U.S. team ahead of the confederation championship, Roldan began placing his hand over his heart as he stood for the anthem in Seattle Sounders FC’s final two matches before the international break. And as he made his debut in Wednesday’s 3-2 victory against Martinique, he did so for the first time as a starter in a U.S. shirt. 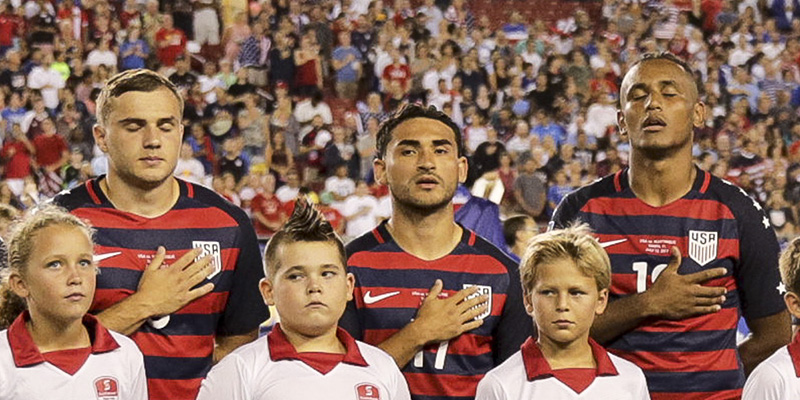 “Obviously it was extremely emotional. I’m very proud,” he said after logging 90 minutes against Les Matinino. “It’s something that I’ve dreamt about for a long time, and hopefully I made a good impression.”

Eligible for the pair of Central American nations through his parents, Roldan made sure his family was the first to know he’d be stepping on the field for the United States on Wednesday night.

“They’ve been there every step of the way and I can’t thank them enough. I’m very thankful for the opportunity, and it’s a process. I’m trying to learn from every experience I get. It’s a huge honor and my family is very proud.”

Praise came in for Roldan post-game with U.S. MNT head coach Bruce Arena, saying the youngster “did well” in his first international cap.

“Bruce told me to play confident, be smart and play like I do in Seattle,” Roldan continued. “He thinks that I’m here for a reason, and I do believe that too. For me, it’s making a good first impression and hopefully I did so.” 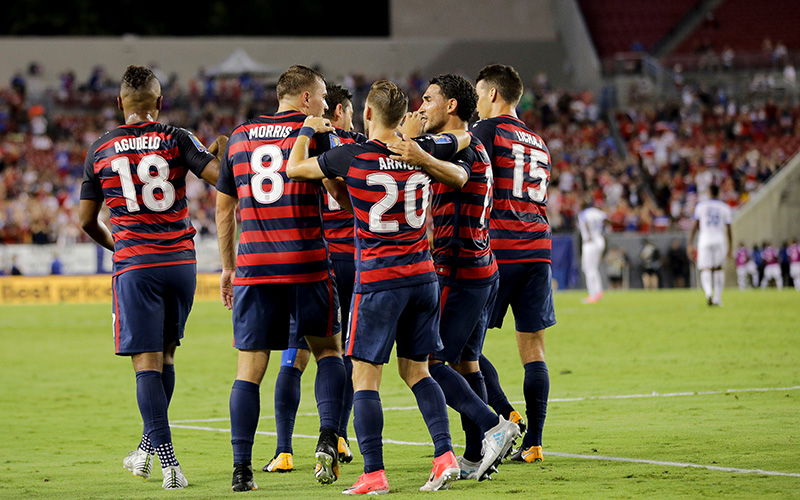 Meanwhile Jordan Morris, who was awarded Budweiser Man of the Match for his two-goal effort, expanded on his Seattle Sounders FC teammate’s debut.

“I’m super happy for him,” Morris said. “I thought he did great. He’s such a hard worker. He’s all over the field, and I think for his first cap he did very well and he deserved it. It’s the first of many, so I’m very happy for him.”

In the midst of a grueling competition that begins with three games in eight days, Roldan is one of 20 players utilized by Arena in the first two matches and is happy to play his role in helping the MNT work towards a sixth confederation championship.

“Obviously this is a tough tournament. We need to rotate guys and everybody is part of this process and everybody has the same mindset going forward.”