After rising through the ranks of the U.S. Soccer Development Academy and Youth National Teams, Weston McKennie is becoming a regular contributor for German club Schalke 04. Here’s five things you should know about the latest American making his mark in the Bundesliga.

Born on Aug. 28, 1998 in Little Elm, Texas, McKennie fell in love with soccer thanks to the three years he spent growing up in Kaiserslautern, Germany where his father served on a military base. As you might have guessed, McKennie’s time in the football-mad nation helped steer him towards soccer, with the American joining his first club, FC Phönix Otterbach, at the age of six in 2004.

“When I moved to Germany, it was the only sport that they really played there,” McKennie said. “I started playing like that, I fell in love with the sport: the culture, the fans, how big it is over there, how they support it in Europe.” 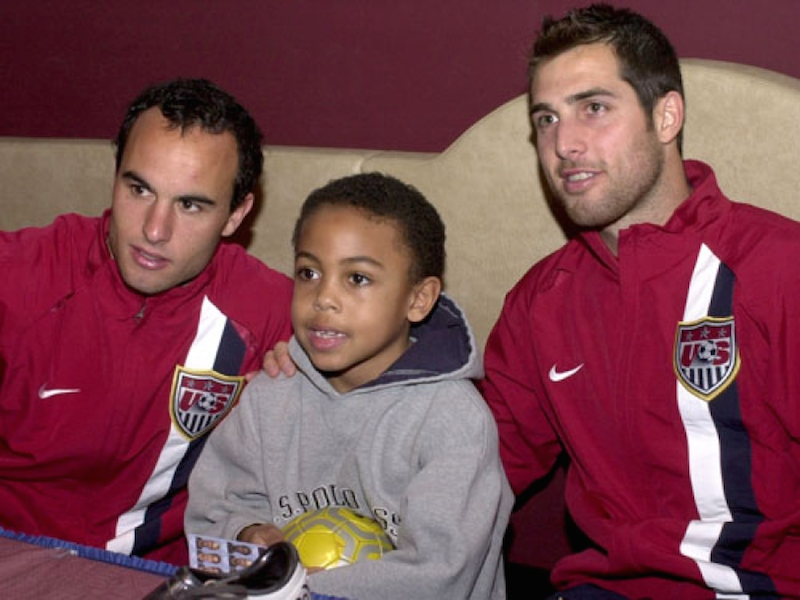 Some of McKennie’s earliest exposure to the MNT came in 2006, when the Red, White and Blue traveled to Kaiserslautern for a friendly against Poland ahead of the 2006 World Cup. The crowd was primarily made up of U.S. military personnel from his father’s Ramstein Air Base. In the lead-up to the game, McKennie had the chance to meet MNT legends Landon Donovan and Carlos Bocanegra.

After three years in Germany, the McKennie family moved back stateside. Though in love with soccer, like many kids from Texas McKennie was drawn towards American football. For a time, he played both sports simultaneously, even squeezing games from both disciplines in on the same day. His soccer coaches would sometimes allow him to leave after he scored twice, so he would quickly knock two in, then rush to the car, put his pads on and take to the gridiron as a halfback.

Eventually, he focused on soccer and joined the vaunted FC Dallas Academy in 2009. Dallas is one of M.L.S.’ top teams for Homegrown Player production, leading the league this season with nine Academy products on its roster. Kellyn Acosta and goalkeeper Jesse Gonzalez also joined him in camp ahead of the Portugal friendly after coming up through the Dallas academy ranks.

“I have a lot to thank FC Dallas for. Their system is one of the best in the country,” McKennie said. “They really know what they’re doing. When I made the jump over to Europe, I wasn’t surprised by many of the things and many of the changes because FC Dallas was a step ahead.”

During his time with Dallas, McKennie helped the club to two Development Academy championships, at the U-15/16 level in 2015 and the U-17/18 level in 2016. His efforts in 2016, his final season with the club, earned him Central Conference Player of the Year honors.

As one of the top players in the Development Academy, McKennie quickly caught the attention of scouts and National Team coaches. He’s risen through the ranks of the Youth National Team program, starting at U-14 and rising through the U-17 and U-19 levels before earning his first senior team call-up this month.

Most recently at the U-19 level, McKennie lead the red, white and blue to the 2016 Slovakia Cup title, dispatching Russia 2-1 for the tournament championship. He missed this summer’s U-20 World Cup when Schalke refused to release him from the team’s deep run in the U-19 Bundesliga championships. 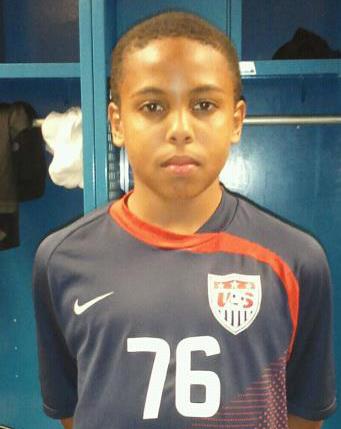 It was on the YNT where McKennie met Christian Pulisic, his “first friend” within the National Team. McKennie has followed Pulsiic’s path to making an impact in Germany, and the two remain close off the field. They’ll meet for the Revierderby when Schalke comes to visit Borussia Dortmund at the Westfalenstadion and, as McKennie said, put their friendship “on hold for 90 minutes.”

“Even though he’s a bit younger than me, I still look up to him,” McKennie said. “He was the stepping stone to coming back over to Germany. He paved the way, he made kids believe that it was possible.”

On the heels of his success with the YNTs and FC Dallas, McKennie was long the subject of European interest. Though offered an impressive Homegrown contract by FC Dallas, upon turning 18 the valued midfielder elected for a return to Germany when he signed with Bundesliga club Schalke.

“I had always wanted to go back to Germany and play where I learned the sport. Seeing the success of Christian over there, it was like, ‘I want that, I need that,’” McKennie said. “I was hungry for it, to see what places my abilities would take me. I didn’t want to not know what I was capable of.”

Schalke has a history of developing top-level players like Manel Neuer, Julian Draxler and Mesut Ozil – all 2014 World Cup winners with Germany – as well as U.S. international Jermaine Jones. It has also been home to young American prospects Haji Wright and Nic Taitague.

In his first season, McKennie joined Schalke’s U-19 side in the U-19 Bundesliga and led the team all the way to the Championship Semifinal, where it fell to Bayern Munich on penalties. McKennie made his mark on the U-19 squad, captaining the team five times, scoring four goals and notching three assists during the course of the team’s 21-match campaign.

Club and Country of Late

McKennie was promoted to the first team for the 2017-18 season. After four appearances, he made his first Bundesliga start against European powerhouse Bayern Munich on Sept. 19. Since then, McKennie has been working towards a regular spot in the Miners’ starting eleven, most recently helping the squad to a 1-0 defeat of Freiburg on Nov. 4.

Currently fourth in the Bundesliga standings, Schalke is just six points off first-place Bayern Munich and tied with Pulisic’s Dortmund. A top-four finish would guarantee Schalke a spot in next season’s Champions League. It would be the club’s first appearance in Europe’s top-flight competition since 2015. 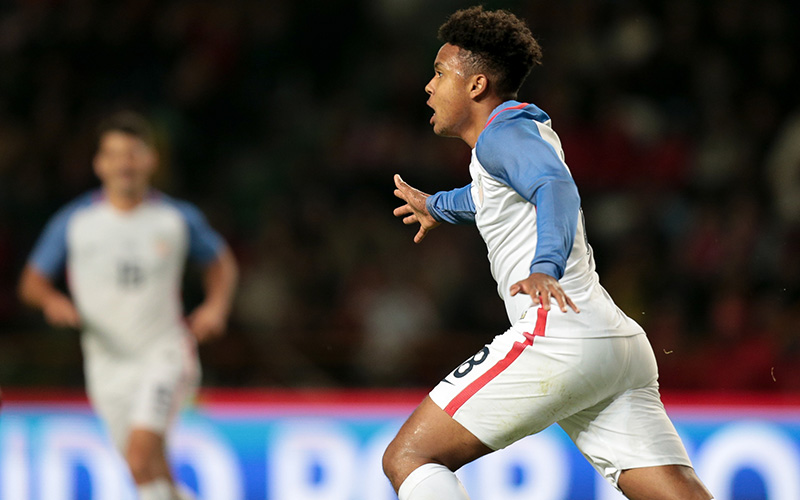 He’s made quite an impression in his brief time at the club: after 10 appearances this season, Schalke announced a five-year contract extension for McKennie, tying him to the club through 2022. It’s the longest deal for any current Schalke player.

His play in the Bundesliga earned him his first call-up for the MNT's year-end friendly at Portugal. Marking the beginning of a new era for the MNT, the 19-year-old joined Tyler Adams and Cameron Carter-Vickers in making his senior debut and became the third youngest U.S. player to tally in his first cap when he put home a clinical finish to open the scoring in the 21st minute. McKennie played 84 minutes and earned Man of the Match honors as the MNT played to a 1-1 draw with the reigning European champions in Leiria.