Briana Scurry: A Pioneer, A Legend in Goal

Briana Scurry rocketed to fame after the 1999 Women’s World Cup, but it was her overall body of work and positive impact on her teammates that made the biggest impression while earning her a place in the National Soccer Hall of Fame.
February 9 2018

Every sports fan of a certain age remembers Briana Scurry’s penalty kick save in the shootout that decided the 1999 Women’s World Cup Final.

What many fans don’t remember was Scurry’s performance during the semifinal of that tournament, a 2-0 victory against Brazil on Independence Day in front of a roiling mass of 73,123 fans at the old Stanford Stadium.

It was a day on which Scurry was in the zone (a place where she resided for most of her career), and all those in the stadium had the feeling that she just could not be beaten. She made several Herculean saves that afternoon before the USA closed out the game on a late penalty kick from Michelle Akers. 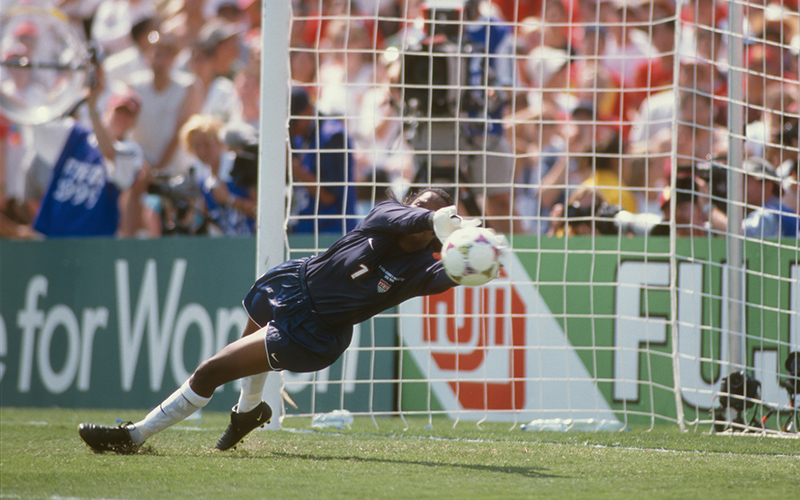 Those final two World Cup games were prime examples of an elite athlete performing at the very highest level on the biggest of stages – an ability that defined Scurry’s career.

After the match, while speaking to reporters in the mixed zone, she was asked if she’d just played her “best game ever.” The usually subdued (off the field at least) but always supremely confident Scurry couldn’t help but agree.

It was that game, and 174 others in a vastly impressive body over work over a legendary 15-year international career, that has earned Scurry her deserved enshrinement in the National Soccer Hall of Fame, Class of 2017.

Scurry, who grew up in a small town outside of Minneapolis, Minnesota, made quite a bit of history during her playing career and now becomes the first African-American woman to enter the Hall of Fame.

“As a friend and former teammate, I’m just so proud that she represented so many great things about our team, beyond her ability as a goalkeeper and winning a World Cup and two Olympics, and all the accolades that went with it,” said long-time U.S. captain Julie Foudy. “She represented so much of our society, a different look of what a player should be. She wasn’t a white kid from a suburban neighborhood. She was an African-American who was playing in goal who started late in the game and rose to the highest of levels. To have that diversity and to have her as just a wonderful human being and teammate who was incredibly loyal, smart and passionate…she deserves this.” 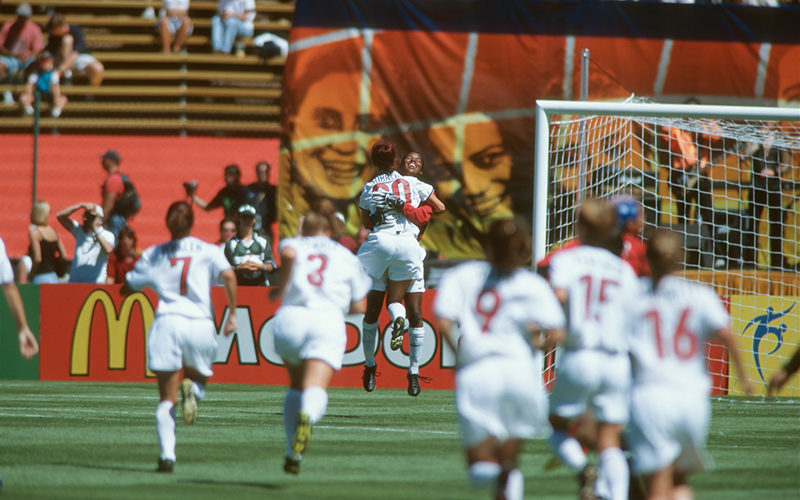 Scurry, who was an All-American at UMass during her college career, was one of the first superstars of women’s soccer, rising with the sport from playing in front of small crowds at high school stadiums in the mid-’90s to filling NFL stadiums and winning world championships. Her career spanned from 1994-2008, and she anchored teams that won that 1999 World Cup title and two Olympic gold medals. She was the team's first choice goalkeeper for eleven years, starting in 161 of her 175 caps while compiling 72 shutouts.

“Bri was awesome,” said former U.S. WNT midfielder Tisha Venturini, who scored in both the 1996 Olympics and 1999 Women’s World Cup. “She was caring and kind and quiet off the field and someone that was easy to talk to. But then on the field, she would turn into this animal and she was intense and had an unbelievable passion.”

Intensity is a word that pops up whenever her former teammates talk about Scurry. She was known for her extreme focus under pressure, an athleticism that was ahead of her time as an international goalkeeper, her willingness to battle for her teammates and her ability to flat out intimidate opponents. Those qualities inspired the people around her. 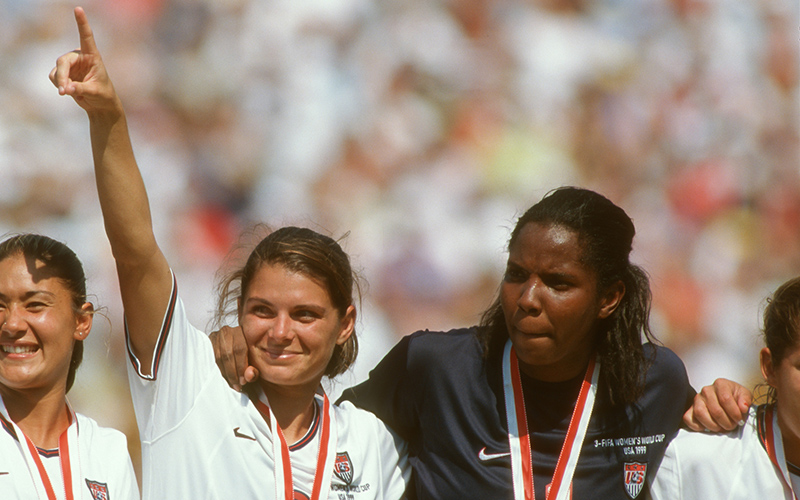 “On the field, Bri was determined and focused, just a world class competitor,” said former U.S. WNT defender Joy Fawcett, who played 241 times for the USA. “Being a defender who played in front of her, I had full trust in her and knew she always had my back. I always wanted to do well for her. I loved her intensity.”

Scurry will forever be remembered for her penalty kick save inside the sweltering Rose Bowl in the summer of 1999, and even though she accomplished so much more, that’s still a heck of a way to make your mark in the history books.

“You always knew going into a penalty shootout that Bri was going to save one,” Foudy said. “So, going into that one in 1999, it’s not just any penalty shootout, it’s to win a World Cup. We always felt like, ‘Bri’s got one, we just have to do our jobs because she’s going to come up with a big save. This is what she does.’”