Ahead of match on May 28, here are Three Tidbits of History related to Bolivia.

In the lead-up to hosting the 1994 FIFA World Cup, the U.S. Men’s National Team played a number of friendly tournaments to give the side - who was essentially a club team at the time -  as many competitive matches as possible. One of these tournaments was the “Joe Robbie Cup” named after the former Miami Dolphins owner, whose namesake stadium also played host to the two-day, double-header competition.

Just as the match served as a warmup for the MNT ahead of the 1994 FIFA World Cup, it was also a test ground for Vice President Al Gore to engage some soccer protocol, with the country’s second in command attending the game before greeting U.S. players in the locker room following the match. 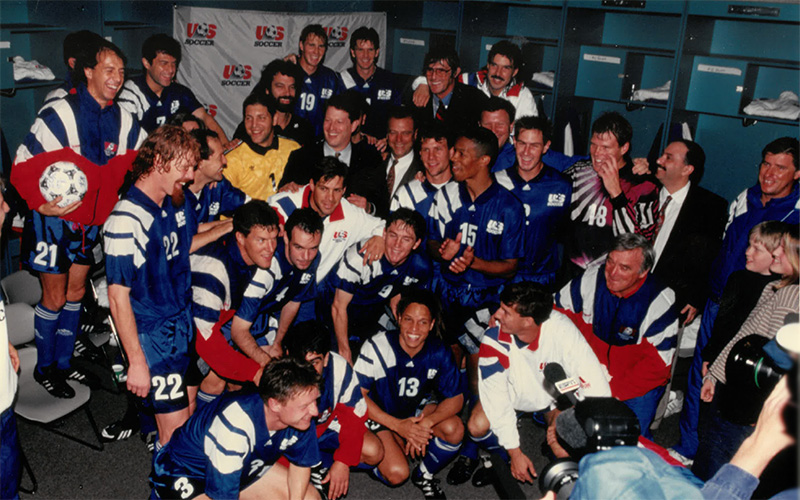 Five months later, it would be Gore who handed the World Cup trophy off to Dunga when Brazil defeated Italy on penalty kicks to claim the 1994 title.

Question: What was Bolivia’s reward for qualifying for its first World Cup since 1950?

Answer: An opening match against the reigning world champions.

With the formidable home field advantage of the nearly 12,000 feet of altitude in the capital city of La Paz combined with a young, talented squad, Bolivia mostly steam-rolling through CONMEBOL’s qualification process. La Verde earned its place at the FIFA World Cup for the first time in 44 years, but the draw held the previous December in Las Vegas set them up with the daunting task of playing the tournament’s opening game against 1990 World Cup champions Germany.

Playing in front of 63,117 fans at Soldier Field in Chicago, - also home to the U.S. Soccer Federation – a mostly conservative Bolivia side showed well for themselves but were undone by a serious error from goalkeeper Carlos Trucco, leading to future MNT head coach Jurgen Klinsmann scoring the game’s only goal in the 61st minute.

Notably, future D.C. United players Moreno and Marco Etcheverry subbed into the match as Bolivia looked for an equalizer, but the cameo from “El Diablo” was especially short-lived. Having entered in the 79th minute, Etcheverry lasted just four more minutes on the field when he was shown a red card for kicking German captain Lothar Matthäus.

One of many milestones in Christian Pulisic’s young career came against Bolivia, exactly two years to the day that the teams will meet at Talen Energy Stadium this time around.

Just two months after making his debut and in turn becoming the youngest MNT player to appear in a World Cup Qualifying match, the 17-year-old was named to the USA’s Copa America Centenario roster. Making his third senior team appearance in the team’s final preparation match against Bolivia, Pulisic needed only six minutes after entering for Gyasi Zardes, taking a pass from Darlington Nagbe before slotting past goalkeeper Guillermo Viscarra in the 69th minute.

With the strike, Pulisic, who was aged 17 years, 253 days, became the youngest player to register a goal in the modern era of the U.S. Men’s National Team.