When the Kickoff Series slate was laid down for the fall of 2018, results weren’t number one on the priority list. Lining up six opponents ranked in the top 25 in the world was about providing valuable experiences for a group whose average age has hovered around 23 years old the whole year, not about gaining six wins.

So while there were positive moments from the MNT’s 4-2 loss to Colombia Thursday night – like the early second-half scoring burst to give the USA a 2-1 lead -- in the end, the lessons learned will prove more valuable for a group that continues to grow together.

“At halftime I thought we addressed the fact that we were pretty sloppy in terms of possession and we were a little impatient,” MNT head coach Dave Sarachan said about the 1-0 deficit at the break. “At times I think we could have really slowed the tempo, and I thought we put the game a lot on their terms in the first half. I’m really pleased with the second half start, obviously getting the goals was good, but I thought our approach in quality improved.”

Pressuring higher up the field, the MNT forced Colombia into mistakes and pounced on their opportunities to push the MNT ahead early in the second half. Kellyn Acosta hit home the equalizer via a deflected cross from Antonee Robinson in the 50th minute, followed by Bobby Wood’s clinical finish off a Tim Weah feed three minutes later. 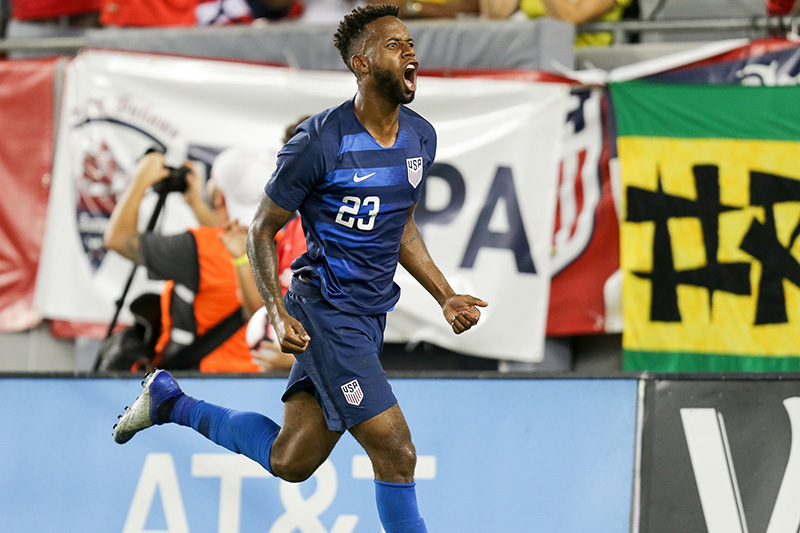 Shortly after the U.S. took the lead, Colombia pulled things back to 2-2 via Carlos Bacca in the 56th minute. A few substitutions pushed the full tempo back into the favor of Los Cafeteros and the MNT’s inability to adjust to the changes allowed Radamel Falcao and Miguel Angel Borja to flip the script.

“They made a few changes, it changed the dynamic of the team, and we were playing a little bit of catch up,” Acosta, who scored his second international goal, said. “Overall we’re disappointed on the little details that we could have managed, and after going up 2-1 I thought we could have found a way to get a result. We didn’t manage the game well enough to finish it off.”

With a squad featuring 12 players that were part of the 2018 FIFA World Cup roster and a core group that has been together for several years, Colombia’s talent and cohesiveness served to punish an MNT group that is continuing to build its own identity early in the new cycle.

“They can slip little passes, and with their mobility and the way they move off of each other they can cause you real problems,” captain Michael Bradley said following his first MNT match of 2018. 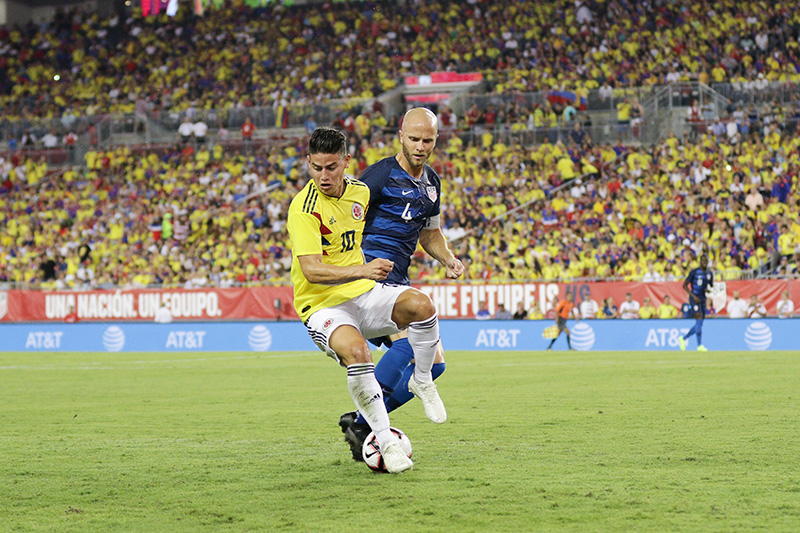 “Experience on nights like tonight is still invaluable. You’re playing a game where in a lot of ways you’re not the home team. You’re playing against a good, skillful team that can punish you. These are teams that we see on a regular basis. The experience of playing on nights like this, having to keep concentration for 90 minutes, having to know what the game asks in different moments, you want guys to get a feel for that.”

As the MNT prepares for its next Kickoff Series match against Peru, there will be plenty of tape to review, as well as getting a different group ready to play La Blanquirroja on Tuesday in East Hartford, Conn.

“Going into these two games the idea was to get through the first game with a core group,” Sarachan said. “There are plans to make a number of changes for Tuesday. You play these friendlies to allow some players opportunities. We’ll address some of the issues from today and scout Peru. The same fundamentals will apply.”