Following the announcement of Gregg Berhalter as U.S. Men’s National Team head coach, ussoccer.com reached out to a number his former MNT teammates to get their thoughts on his hire.

“Gregg is an exciting choice for the National Team job. He is someone who is organized and extremely detailed with his preparation for every training session, camp, and game. I think without a doubt players will respond to him because of the intensity and energy he will bring. Players love the level of information and preparation he provides. No doubt he will give the team the right mentality to get results and play good soccer as the weeks and months progress.”

“As a player, he was a leader on and off the field and brought a high level of professionalism. Even though he didn’t wear the armband, he acted as a captain in terms of how he supported his teammates. He became of voice of sharing ideas and thoughts, and was always someone I spoke to about how we could play better and ways we could exploit our opponents. As a friend, colleague and teammate, it was no surprise that he transitioned into being a good coach.”

“What I remember about playing with Gregg is that he was always there to win and there to compete every day. That’s who Gregg is, and that’s why he’s been so successful as a coach. As I got to know him through the National Team and the Galaxy, you could tell quickly that he was someone who was going to be a very good coach. He understood the game, he studied the game, he talked about the game and he wanted to learn about the game. He’s as bright as they come in U.S. Soccer circles. I’m very happy for Gregg and excited for our National Team program. I think he’s a great hire and I think he’s the right person to be moving this team forward.” 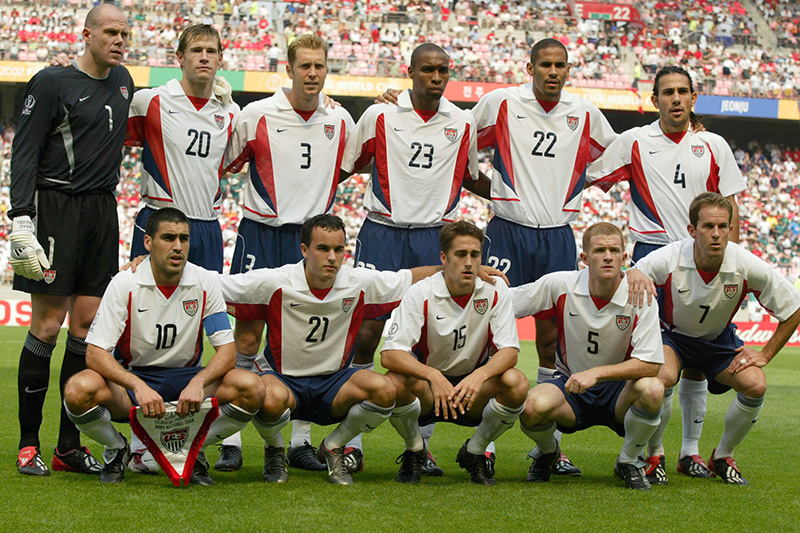 “If you look at the American candidates, Gregg ticks all the boxes. He has playing experience in Europe and MLS. He has coaching experience in Europe and MLS, and licenses from both. As a manager, he brings a great level of organization and professionalism, which he demonstrated in Columbus.  Working for an organization that didn’t have the most resources, he maximized their potential and really developed a high level of communication with his players. Those types of skills are big for a National Team manager.

“With that whole package, the choice of Gregg makes total sense.”

“Gregg‘s intensity, tactical knowledge, and professionalism as a player have already translated into success as a manager. While it comes as no surprise, it’s certainly something he has worked hard for and earned. In addition to bringing those skills to the National Team, I’m confident in this new role that he will make sure all the players understand the honor of representing our country and the responsibility of the wearing the U.S. jersey.”

“For the last five years in Columbus, Gregg has demonstrated his ability to implement a style of play. With all progress of soccer in the United States and the increased maturity and sophistication of the players and the leagues, I think it’s important to have a coach who knows the American player and the American system. Gregg has certainly demonstrated that. In New England he will have an ally, and we’ll help in any way we can.”