Members of the U.S. Women's National Team joined with more than 28 of the world's top female footballers and Nike in Paris to unveil their National Team Collection for this summer's FIFA Women's World Cup. 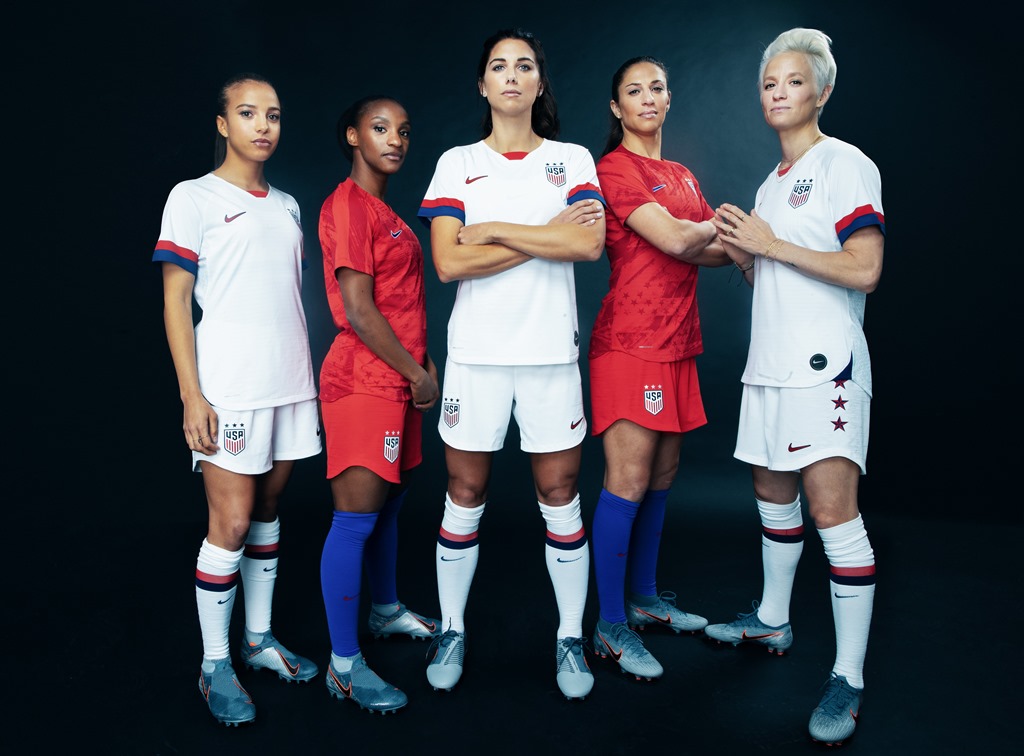 The USA will compete in France wearing a new collection and a set of kits that channel the energy of the 1999 team and all its championship glory. For the all-white home kit, the shirt features a stripped sleeve cuff reminiscent of those worn by Brandi Chastain, Mia Hamm and Julie Foudy, and is punctuated by three stars above the crest—honoring the USA's world titles from '91, '99 and 2015. This theme follows on the shorts, where the single star adorning the sides of the '99er uniform has been replaced by a stack of three. Knit tape on the back of the neck also displays this embellishment.


Another element to cherish: The back panel of the home shirt presents a tonal gray print formed from each of the 50 states. It is symbolic, a reminder of the nation's support for the team—an enthusiastic "We've got your back!" 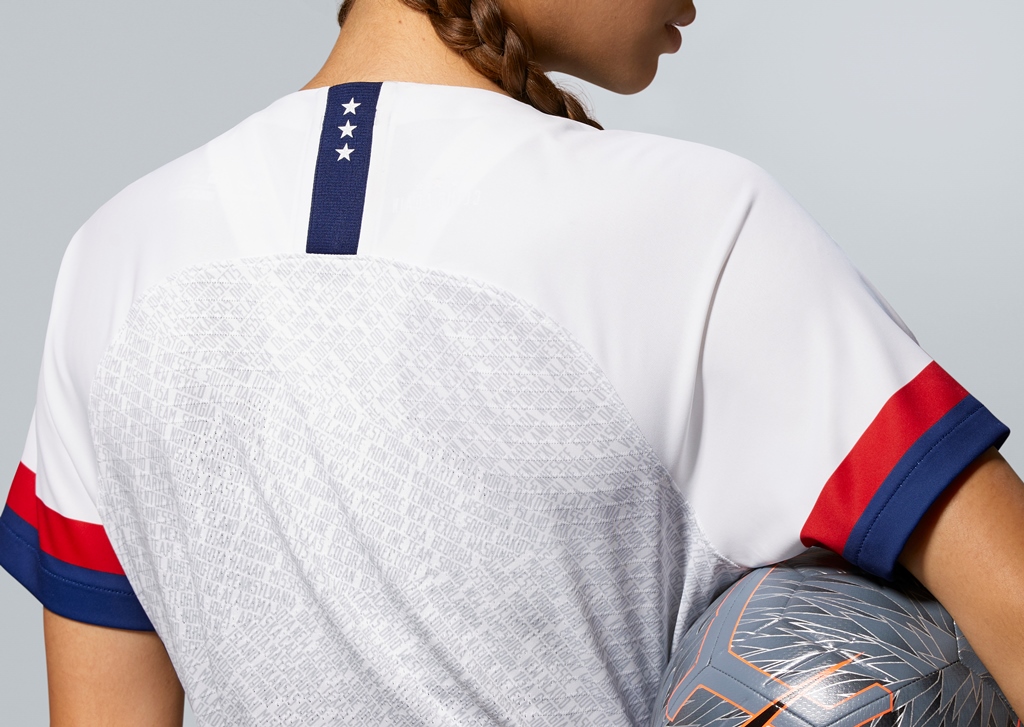 As the away team, the WNT amps up its undeniably American identity in a red shirt and shorts with blue socks. The shirt is highlighted by an abstraction of the American flag and the three shining stars. Inner pride on the away shirt reads "One Nation, One Team."


For each match, the team will wear a new anthem jacket with a pleated back and transparent sleeves. The full collection for the USWNT also includes a blue heather training kit, a drill pant augmented by a USA crest and Swoosh lockup and a suite of lifestyle apparel.

At the historic Palais Brongniart, Nike revealed an array of future-forward women's innovation. Design for the 14 National Team Kits began with gathering detailed input on fit from professional footballers, followed by 4-D scanning and motion capture in the Nike Sports Research Lab. Beyond innovations in fit, the National Team Kits also reflect Nike's continued commitment to being the world's most sustainable sports brand, with each 2019 Nike Kit constructed from at least 12 recycled plastic bottles. Since 2010, Nike has diverted more than 6 billion plastic bottles from landfills through sustainable product design.