A Step from Dreamland: #USOC2019 Third Round Preview

The 22 surviving sides from the first two rounds of the 2019 Lamar Hunt U.S. Open Cup are in action again for the Third Round this Tuesday and Wednesday, May 28-29. And they’re all one win away from booking dates with clubs from Major League Soccer (MLS), the USA’s top professional tier. With a pair of Open Division amateurs still kicking in Florida’s Soccer Soldiers and Orange County FC – and Forward Madison flying the flag for USL’s third-tier, League One – there’s the possibility of a few cupsets still on the cards.

The Florida Soccer Soldiers, out of SoFla, have been the underdog story of the tournament so far. They surprised full pros Miami FC in the First Round with a dramatic late goal from Daniel Meneses and then followed up with a Second Round stunner – Valentin Sabella again scoring late to send the all-amateur Soldiers to a penalty shootout against USL Championship pros Charlotte Independence [WATCH]. And they won that too. It was the biggest upset of the 2019 Open Cup so far, but coach Soccer Soldiers coach Daniel Godoy has no plans to stop there. “You always need to set a goal at the start and the one we set was reaching at least to play an MLS team,” he said on the eve of another huge mismatch (on paper) against Dave Sarachan’s North Carolina FC in Cary, NC. “And we can think bigger – we can think about going to the Final and winning he tournament! Why not?” 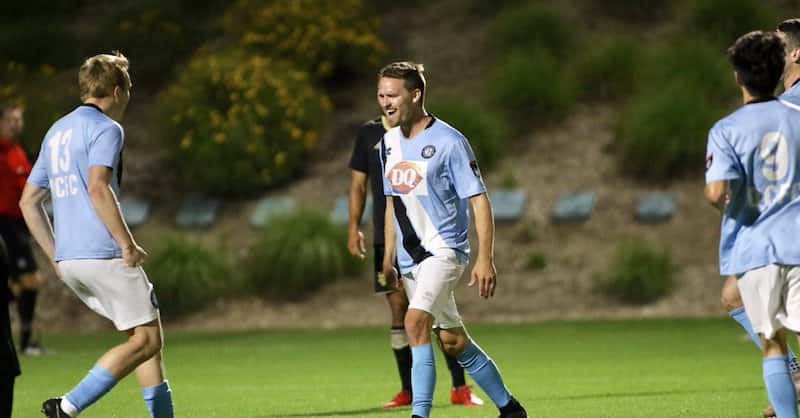 Out west, not far from the famous Vegas Strip, Eric Wynalda’s USL Championship side Las Vegas Lights welcome Orange County FC to Cashman Field [WATCH]. The youngsters from SoCal stunned their near neighbors and full pros Orange County SC in a First Round shootout and have a dangerous attacking weapon in the burly form of target-man Blake Frischknecht. “He’s a pure striker with good height and is a guy who is deceptively fast with technical skills. I like his ideas,” said OCFC coach and former U.S. Men’s National Team hero Paul Caligiuri. “It’s not just having a skill but it’s what you do with it, and he knows.”

Not as dramatic an underdog, the pink flamingo-obsessed first-year Forward Madison are the lone surviving USL League One (third pro tier) club left standing in the 2019 Open Cup. They beat local amateurs Bavarian SC in the First Round in Milwaukee, before flying all the way to El Paso to knock off USL Championship pros Locomotive FC. And now they’re on the road again, this time against Saint Louis FC, with a shot at an MLS team in the Fourth Round on the line. “One of our goals this year was to be the last League 1 team standing, and we did that,” said Forward Madison head coach Daryl Shore. “We also want to play an MLS team. That’s on the line now.” [WATCH]

A Spate of Eight All-Championship Tussles

The Tampa Bay Rowdies travel to Oklahoma to take on OKC Energy, who beat amateur darlings NTX Rayados in the last round. The Floridians, well out on top of the current USL Championship regular season standings, are led by Open Cup veteran Kwadwo Poku, who broke out in the 2014 edition of the tournament and went to the Quarterfinals two years ago with Miami FC. “We need to approach every game the same way, with the same intensity,” said the Ghanaian midfielder. “If we do that, there’s no telling how far we can go.” [WATCH]

Pittsburgh’s Riverhounds welcome Indy Eleven to their stunning Highmark Stadium, perched and picturesque on the banks of the Monongahela River, in one of eight all-USL Championship ties in this Third Round [WATCH]. Charleston Battery – the last team from outside Major League Soccer to reach an Open Cup Final (2008) – travel to take on Nashville SC, who put together a solid run last year that ended in the Round of 16 after they beat the Colorado Rapids of MLS in the Fourth Round. [WATCH] 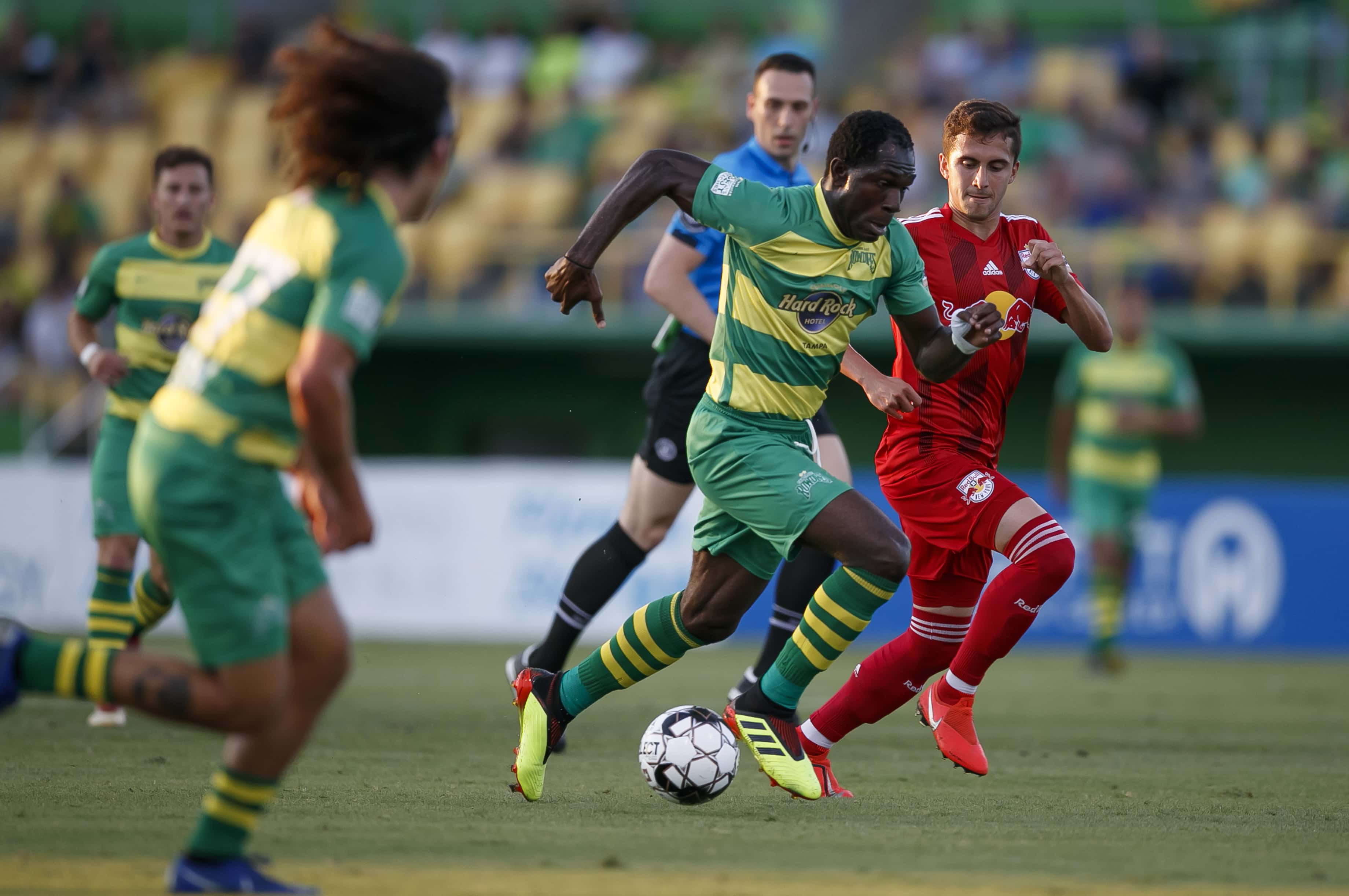 Louisville City are back-to-back and reigning toppers of the USL Championship, and they were the furthest reaching second-tier side in last year’s Open Cup – where they lost to Chicago Fire of MLS in the Quarterfinals. They open their doors to Birmingham Legion, a first-year side out of Alabama who, despite being short on experience, are long on Open Cup pedigree [WATCH]. Their head coach Tom Soehn won the tournament as a player and coach, while the club’s president Jay Heaps won it as a player in 2007 with New England Revolution and coached another Revs’ team to a Final.

Hartford Athletic are hoping the Open Cup can be a salve to soothe the miserable league form that sees them dead last in the USL Championship’s Eastern Conference. It helps that they’re led by an Open Cup legend in former Sporting Kansas City goalkeeper Jimmy Nielsen – who won the Cup in 2012. “It’s unrealistic to think that we are going to win the Open Cup,” said Nielsen ahead of a Third Round tilt in Tennessee against Memphis 901 FC [WATCH]. “The road to that is very long, but there is a shorter road to a good experience for our club – maybe playing an MLS team. That would be something.”

In the Lone Star State, there’s an all-Texas derby brewing between first-year side Austin Bold and San Antonio FC [WATCH], who leaned hard on youth and handed several pro debuts to youngster in their Second Round win over Laredo Heat. In another same-state derby, an all-California affair sees Sacramento Republic – led by coach and former Open Cup winner Simon Elliot – take on Fresno FC, who had no small amount of trouble with San Francisco amateurs El Farolito in the previous round [WATCH]. 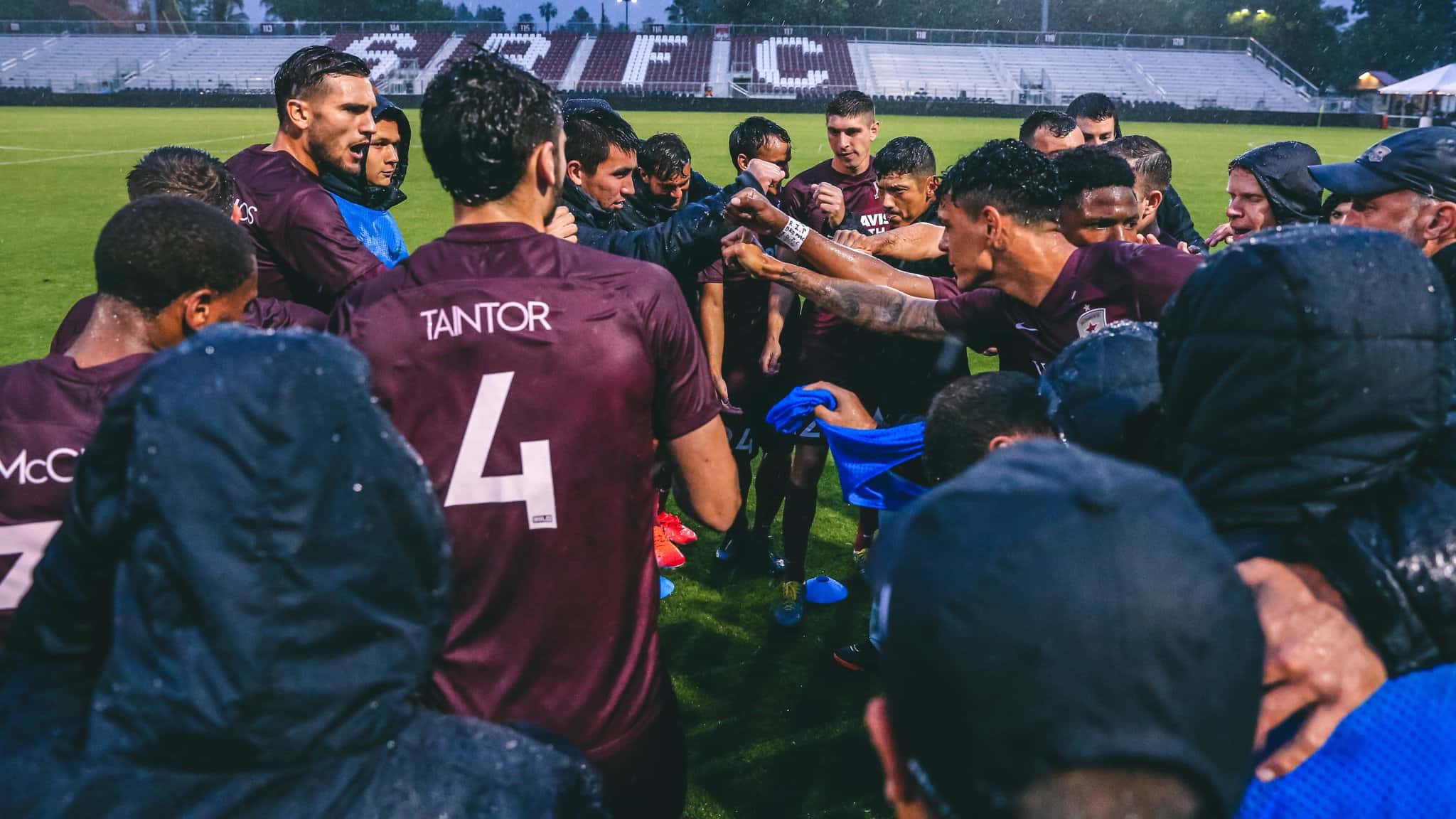 (Sacramento Republic aim to keep up the form in USOC play)

The final contest of the eleven Third Rounders pits Colorado Springs Switchbacks against first-year USL Championship franchise New Mexico United, who are up near the top of the league in what can only be described as a break-out inaugural season [WATCH].

“This is a big opportunity to advance [in USOC],” said Devon Sandoval, striker and New Mexico native who’s excelled throughout his career in the topsy-turvy world of Open Cup play. “If you advance far enough you play MLS sides and you always want to compete against the best you can. And, for a new team, what better way to make a name for yourself?”