The 2019 Lamar Hunt U.S. Open Cup begins this week with its First Round proper, consisting of 38 teams and 19 games of straight-ahead, single elimination soccer.
Jonah FontelaMay 6 2019
Open Cup
The long road to the 2019 Lamar Hunt U.S. Open Cup kicks off on Tuesday and Wednesday, May 7-8 with the First Round proper of the 106-year-old tournament – U.S. Soccer’s national championship. In total, 38 teams will play 19 games in a straight-ahead, single elimination format. All but six of the teams in action this week will be amateur, coming from the upper reaches of the National Premier Soccer League (NPSL), USL’s League Two (formerly the Premier Development League or PDL) and the various local qualifiers from the country’s many men’s leagues. The six professional sides come from USL League One (Division III), which is the country’s lowest pro level.

It’s the simplest of equations: win and move on or lose and go home.

Beasts in the Northeast
First to kick off on Wednesday May 7 are former champions the Richmond Kickers, who take on hungry amateur debutants Virginia United at home in their City Stadium [WATCH]. The Kickers, who’ve moved down from the top tier of USL’s professional ranks to the third division (now known as USL’s League One), were crowned champions back in 1995 in the first year of the Open Cup’s ‘modern-era.’ More recently though, the Kickers have been on the wrong end of a big Cupset – losing out to pub-team Christos FC at their old venerable home in the Cup’s 2017 edition. Led by new coach and 2011 Open Cup top-scorer David Bulow, who led the Kickers to fourth in that year’s tournament, the Richmond side will be rampaging favorites in their First Round contest. 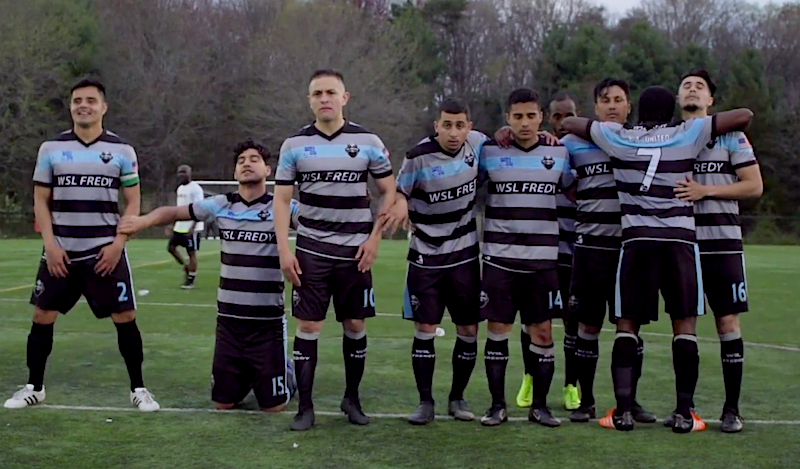 Virginia United, founded as Salvador Woodbridge in 2008, are playing in their first Open Cup. As amateur as they come, the Virginian’s play in the local Virginia Adult Soccer League and had to win four qualifying games just to reach this stage, including knocking out heavy favorites and 2017 Cinderellas Christos FC. “My guys love the game, but didn’t get the opportunities to go to the next level,” United coach Jonahan Romero told ussoccer.com. “These are nine-to-five guys and they’re ready to show what they’ve got.”

Elsewhere in the Northeast, NPSL side FC Baltimore Christos (loosely affiliated with the aforementioned Christos FC) take on West Chester United SC (Predators), amateur soccer powers who finished second in last year’s National Amateur Cup and are no strangers to the Open Cup, reaching the Second Round in 2016 [WATCH]. West Chester won four tough qualifying games, all of them on the road, to reach this First Round. “I would say we’re deeper top to bottom [than the team that went to the Cup in 2016], but that team had great role models, leaders,” Coach Blaise Santangelo said comparing his current squad to the 2016 team. “This team is young, average age 23. Someone reminded me of the Spartans - they didn’t want to train so much, they just wanted to go to war. And that’s kind of how these guys are.”

The New York Red Bulls Academy Team (U-23) head to Montclair, New Jersey to meet FC Motown of the NPSL for a second straight year in this Open Cup First Round. “They’re not a team to be taken lightly and they’ll be up to try and avenge last year’s loss,” said Motown’s ace striker Chris Katona, a veteran of last year’s Cup win over the young Red Bulls [WATCH].

Philadelphia Lone Star (who played under the name Junior Lone Star in the 2017 Open Cup) are back for more. A club founded for and by West African refugees on the mean streets of Southwest Philly, Lone Star have a tough test on the road against Reading United, who play in USL’s League Two and are consistently among the top-three development teams in the country. Lone Star will need to gather up all their grit and determination if they want to have a shot at this one. “We do what we have to do. We don’t cry because we’re from Southwest and don’t have everything,” said head coach and former player Fatoma Turay. “We deal with it. We can compete with anyone because we’re good and we know where we come from.” [WATCH] 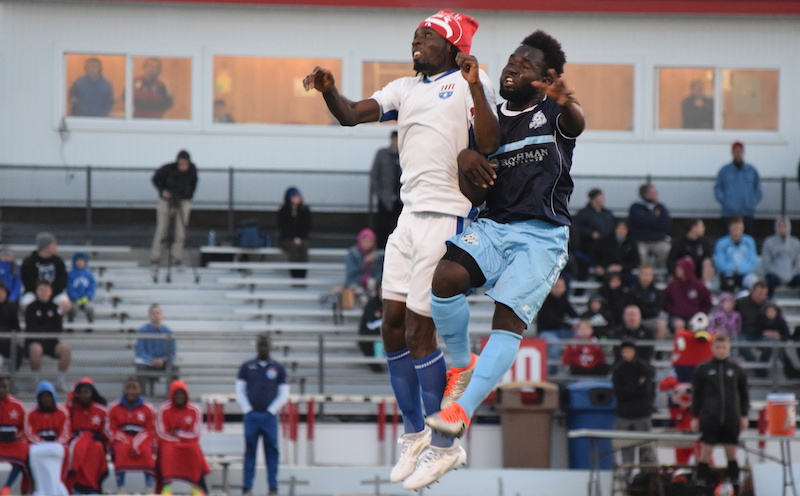 (Philadelphia Lone Star made their Open Cup debut in 2017)

Rounding out the Northeast region’s action, Erie Commodores (NPSL) meet USL League Two’s Dutch Lions out of Dayton [WATCH]. Lansing Ignite take on an international-looking AFC Ann Arbor in an all-Michigan affair [WATCH]. The New York Cosmos B (NPSL), knocked out in the Play-In round last year by the Brooklyn Italians are lining up behind the experience and ability of captain and former U.S. National Team player Danny Szetela. Wearing one of the most famous names in American soccer history, the Cosmos will play Open Cup debutantes Black Rock FC, full of youngsters with roots in New England’s prep schools [WATCH].

Florida Leads Southeast; All-Wisconsin Clash Central
Four of the eight teams from the Southeast Region in action in the First Round of the 2019 Open Cup hail from the Sunshine State. Lakeland Tropics (USL League Two) are back for their second straight tilt at the Open Cup against local and league rivals, the Villages [WATCH]. “It’s a one off, play-off style of soccer and we like that,” said Tropics’ captain Ricardo Diegues, hoping to lead his side to a first win – and maybe a first goal – in the Cup. “I love this kind of thing; I love the excitement of games you either win or go out. It suits me, and it suits us as a team.”

The other all-Florida affair pits Florida Soccer Soldiers, of the local UPSL Florida Dade/Broward County division, against Miami FC, now of NPSL and recently an Open Cup quarter-finalist [WATCH]. In 2017, playing in the now-defunct North American Soccer League (NASL) and coached by former World Cup winner Alessandro Nesta, Miami FC roared through the Open Cup Last Eight, beating Orlando City and Atlanta United (both of MLS), before eventually losing to FC Cincinnati. It’s a different team and a different vibe now, but that’s some big recent history to draw on. 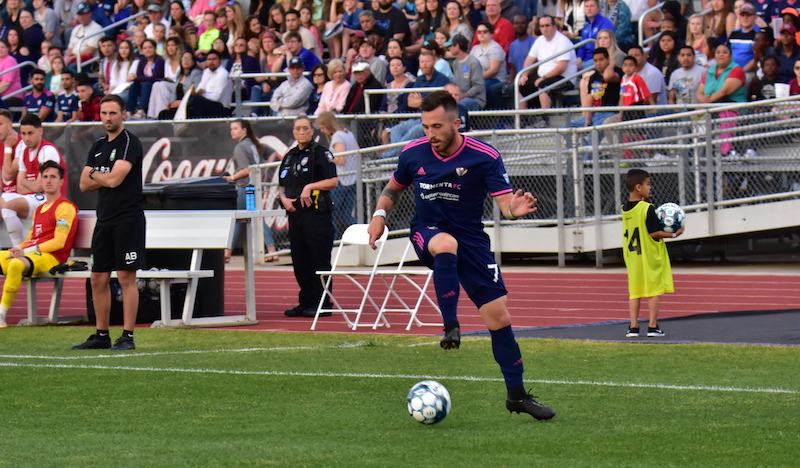 The other two games in the Southeast region both include teams from the Tormenta FC club, out of South Georgia. An ambitious outfit with a developmental team in USL League Two and a pro side in USL League One, Tormenta’s looking to recruit football fans among their base of supporters located, as they are, in the shadow of Georgia Southern University. Tormenta (League Two) take on League One pros Chattanooga Red Wolves SC [WATCH], while the senior Tormenta (League One pros) face their own pro league rivals Greenville Triumph SC in what has the makings of a competitive affair [WATCH]. “When you think the New York Red Bulls are the only other club in the tournament with two teams, it’s pretty exciting,” said Tormenta president Darin Van Tassel. “We’re a single franchise – we play together, learn together and grow together.”

Bavarian SC (also known as the Milwaukee Bavarians) and Forward Madison have been having fun on social media in the build-up to their all-Wisconsin First-Rounder [WATCH]. The Bavarians are celebrating their 90th anniversary as a club, one of the most successful in the history of American Soccer, while the USL League one pros from Madison are in their inaugural campaign. It has all the makings of a classic at Uihlein Soccer Park, where the Bavarians – 1994 Open Cup runners-up – were crowned National Amateur Champions last year for a seventh time in their history.

NTX Rayados, from near Dallas, are back for their eighth straight Open Cup. The amateurs, many of them local school teachers, set the tournament alight last year with wins over pros OKC Energy FC and FC Wichita that saw them earn a date with eventual champions Houston Dynamo of Major League Soccer (MLS). The Rayados lost by five to the eventual tournament champs, but captured the imagination of the tournament along the way. In this year’s First Round they have to travel to Arkansas to take on NPSL outfit Little Rock Rangers [WATCH].

Des Moines Menace, the Iowans who went to the Fourth Round in 2005, are back in the mix again this year. They open their account against Duluth FC of NPSL – a club founded by a priest that has turned into a local Minnesota soccer power despite his humble intentions. [WATCH] 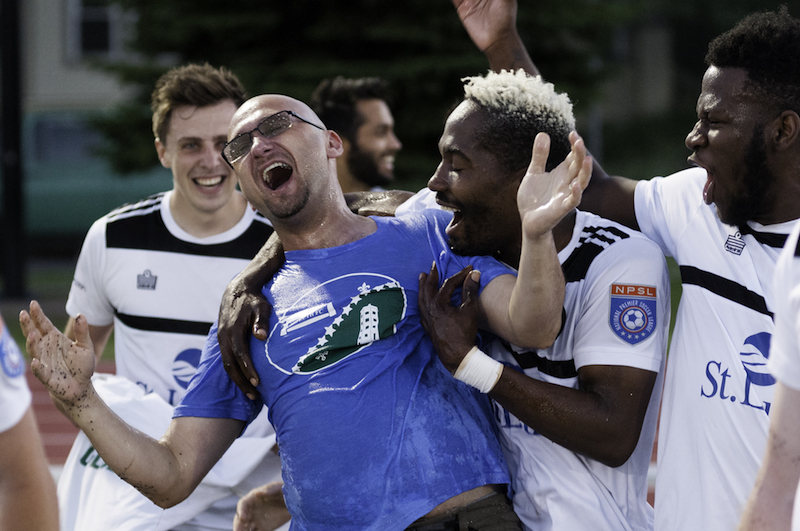 Rounding out the action in the Central Region is Laredo Heat SC (NPSL) against Brazos Valley Cavalry FC (USL League Two) in an all-Texas affair [WATCH]. Midland-Odessa Sockers (NPSL) host FC Denver, the club – famously founded via a craigslist – back for their third straight Open Cup and facing a long road trip to get things going. [WATCH]

Calf FC Among Best of the West
California’s teams are always among the top of the heap in the early stages of any U.S. Open Cup – and 2019 is no exception.

Cal FC, a name that rings out among Open Cup fans and lovers of underdogs everywhere, are back. The side that went on a run for the ages in 2012, beating pros Wilmington Hammerheads and then besting Major League Soccer’s Portland Timbers. They’re coached now by TV Soccer analyst Keith Costigan and have Richard Menjivar – a veteran of the 2012 side and a full El Salvador international – back in the line-up for their First Round game against FC Mulhouse, who have to travel all the way from Portland, Oregon to line up in Calabasas. [WATCH]

“Hopefully we can make some noise like we did a few years back,” said Cal FC’s talisman Menjivar. “The club’s goal is to have a great run like we did last time and I think it’s definitely possible. 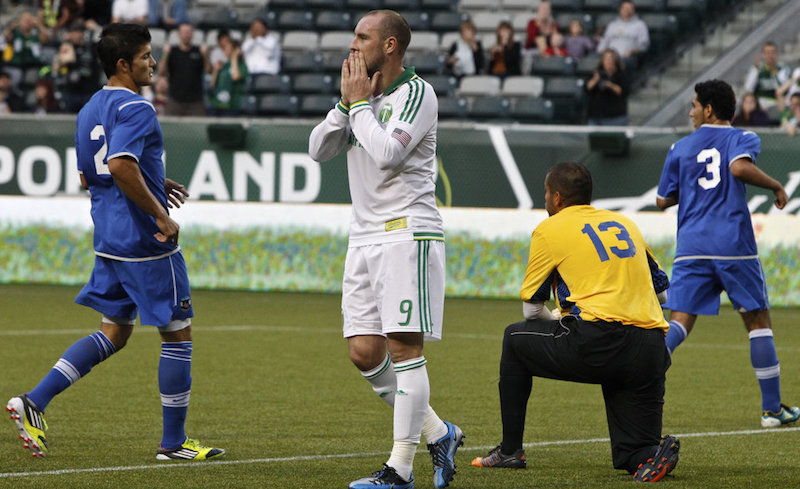 Academica SC, despite being a club for 40 years, make their Open Cup debut in the 2019 First Round. They’ll have a tough day of it, too, taking on El Farolito of NPSL who, as CD Mexico in 1993, lifted the Open Cup after beating the United German Hungarians in the Final [WATCH]. Rounding out the action in the West is Orange County FC, led by technical director and coach Paul Caligiuri – a former U.S. National Team hero – meeting FC Golden State Force, which had money to invest back into the club following last year’s run to the Open Cup’s Fourth Round where they played LA Galaxy – the deep run was best among all the amateur teams and worthy of $25,000 in prize money [WATCH].