CHICAGO (June 18, 2019) – On the opening night of the 2019 Lamar Hunt U.S. Open Cup Round of 16, Atlanta United went on the road to steal a rain soaked 3-2 win from Columbus Crew SC and Minnesota United knocked out title holders Houston Dynamo with a wild 3-2 comeback win on the road in a pair of all-Major League Soccer (MLS) clashes.

Round of 16 action continues on Wednesday night with five matches across the country beginning at 7 p.m. ET and concludes with a west coast capper on Thursday between Los Angeles FC and San Jose Earthquakes at 10:30 p.m. ET. All six matches will be available to watch on ESPN+. 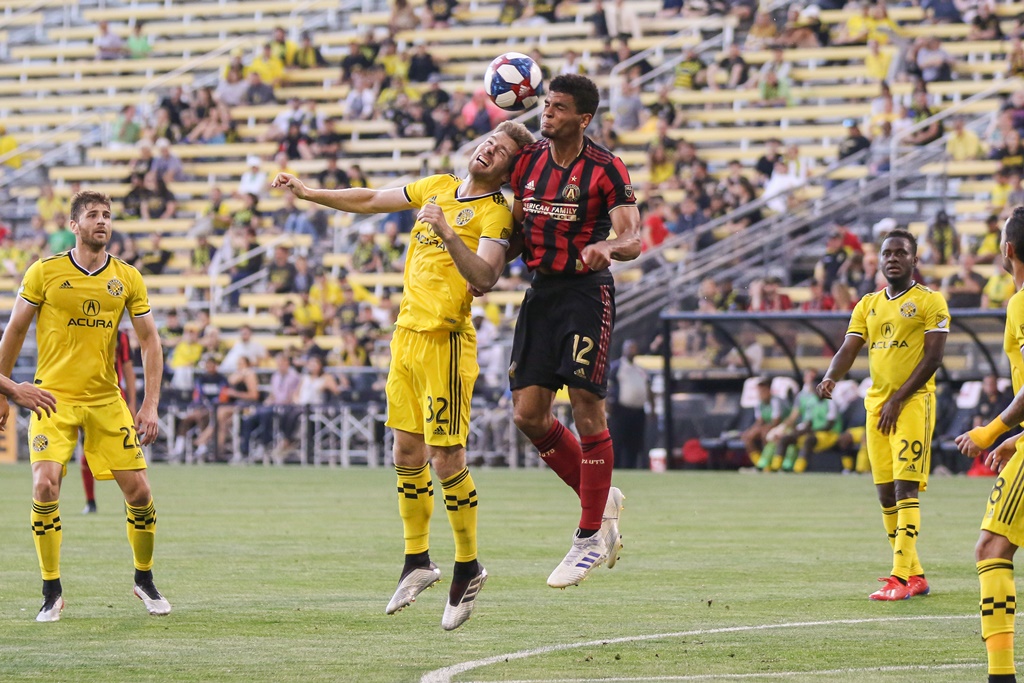 Columbus Crew SC (MLS) 2, Atlanta United (MLS) 3
The skies opened up and rain poured down beginning at halftime of Atlanta United’s 3-2 road win against the Columbus Crew in the 2019 Lamar Hunt U.S. Open Cup Round of 16’s first night of match play. Atlanta’s Brandon Vazquez, who bagged a brace, and Miles Robinson poured in a pair of early goals to boost the Five Stripes to an early lead they would not relinquish on their way to booking a spot in the Quarterfinals where they will host the winner of Wednesday night’s showdown between Saint Louis FC and FC Cincinnati.

Former U.S. youth international Vazquez got Atlanta off to a dream start when he nipped in to steal David Guzman’s sloppy touch and race into the area before sliding a low shot into the bottom right corner in the fifth minute. Just under 10 minutes later Robinson made it 2-0 to the visitors when he got lose on a corner kick to send an unmarked header at the back post down past the feet of Columbus ‘keeper Jon Kempin.

The Crew fought their way back into the match however and five minutes before the break were rewarded for their efforts. A good spell of play led to a long-distance shot from David Accam deflecting wide left of the goal where Luis Argudo chased it down and cut it back toward the top of the box. Following up his initial shot, Accam met the pass and side-footed a shot through traffic toward the back right post and just underneath the big paw of Atlanta netminder Brad Guzan.

The teams traded goals in the second half with Vazquez grabbing what would be the game winner in the 65th minute when he rounded a defender near the endline and from a tight angle near the left post curled a low shot between Kempin and a defender into the right side of the goal.

The Crew responded with improved play once again, and this time a Harrison Afful cross was turned into the Atlanta goal by Guzan as he tried to corral the rain-slicked pass. Just as it seemed the Crew could push on for an equalizer the elements intervened and a half hour rain delay was called with 15 minutes remaining in regulation. When the teams retook the field, the weight of the moment was evident in their play as both teams battled to gain the upper hand. With chances both well saved and agonizingly missed at each end, the final 3-2 score line stood in Atlanta’s favor when the referee blew the final whistle to close a thrilling encounter. 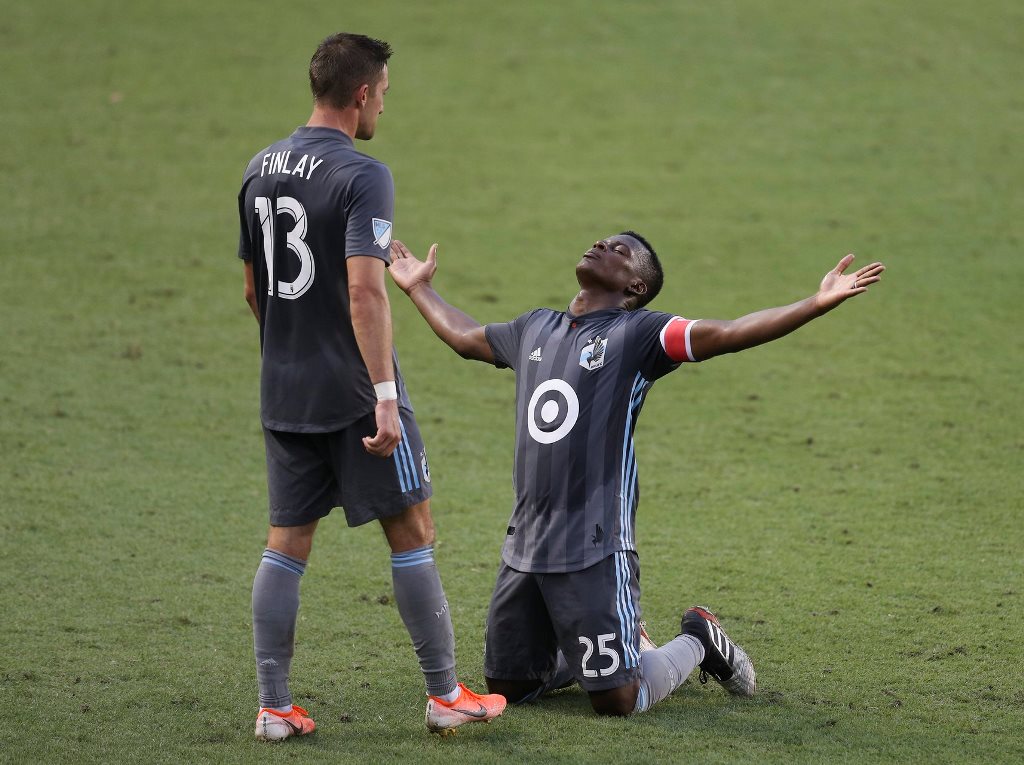 The hosts and holders grabbed the first goal of the contest early when, after just nine minutes, Ronaldo Pena got on the end of an almighty scramble in the front of the Minnesota goal and poked into the open net for his second of the 2019 U.S. Open Cup. From there till the halftime whistle, the Dynamo kept up the pressure on the men from Minnesota, and it went from bad to worse for the visitors seven minutes after an enforced hydration break (due to high summertime temperatures in Texas). Tomas Martinez took advantage of a horrendous mistake by Minnesota’s Slovakian defender Ján Greguš to steal in, slot home from 12 yards and double the home side’s lead to 2-0 with his second goal of the tournament.

The second half was all Minnesota though, as the men from up north grabbed the game with both fists and pulled off an Open Cup comeback for the ages. With a half-hour to go, Angelo Rodriguez was denied a goal when debutant Dynamo goalkeeper Michael Nelson made a magnificent, sprawling save on the Colombian’s volley from six yards out. The ‘keeper followed up a few seconds later with a similar diving save on Miguel Ibarra as the visitors huffed and puffed for a goal.

The young Houston net-minder could do nothing to keep Quintero from striking home from close range – after a dazzling bit of interplay with Rodriguez in the 66th minute. Nelson was equally helpless to keep out Quintero’s 30-yard stunner that nestled in the bottom corner shortly thereafter. And 20-year-old Mason Toye finished off the fun 90 seconds from the end of regulation when he slotted home an Ethan Finlay cross from close range to seal a dramatic fight-back for Minnesota United, who move through to the Quarterfinals for the first time in their short history.

It’s the end of the road for Houston Dynamo who conceded two or more goals in the second half for two games running. Minnesota United, with seven goals in their last two wins (both against recent Open Cup champs), strut on to the Last Eight. They will host either FC Dallas or New Mexico United at their brand-new Allianz Field on July 10.