From semipro summers with the Greek Americans in NYC to giant-killing with the Cosmos, Portland Timbers boss Giovanni Savarese is no stranger to the ups & downs of the U.S. Open Cup.
Jonah FontelaJune 27 2019
Open Cup
When it comes to the Open Cup, Giovanni Savarese knows all the angles. From his old days playing semipro summer ball in New York City to the heights of MLS’ early years, he’s been seconds from a Final on two occasions and on both ends of big upsets at the helm of the NY Cosmos. Now in his first job coaching in the American top flight – out west with MLS’s Portland Timbers – he’s aiming for the one angle that’s eluded him; looking down on all the rest with the oldest prize in American soccer tucked under his arm.
“Look around the world: at Germany, England, Italy, wherever, and the Cup is always very important. An important part of history and the culture of a club,” said Savarese, a ferocious competitor in his playing days. He scored nearly a goal every other game in three seasons with the old MetroStars (now New York Red Bulls) and had stints in Italy and England after making his professional debut in Venezuela at the age of 15. “But I want to make it clear, I’m not making the Open Cup a priority in Portland. It’s not about focusing on one thing over another. I insist that we compete for everything. And I mean everything: in practice, 5-a-side, re-gen sessions… I don’t care, you better be ready to scratch and claw to win because that’s what we want.” 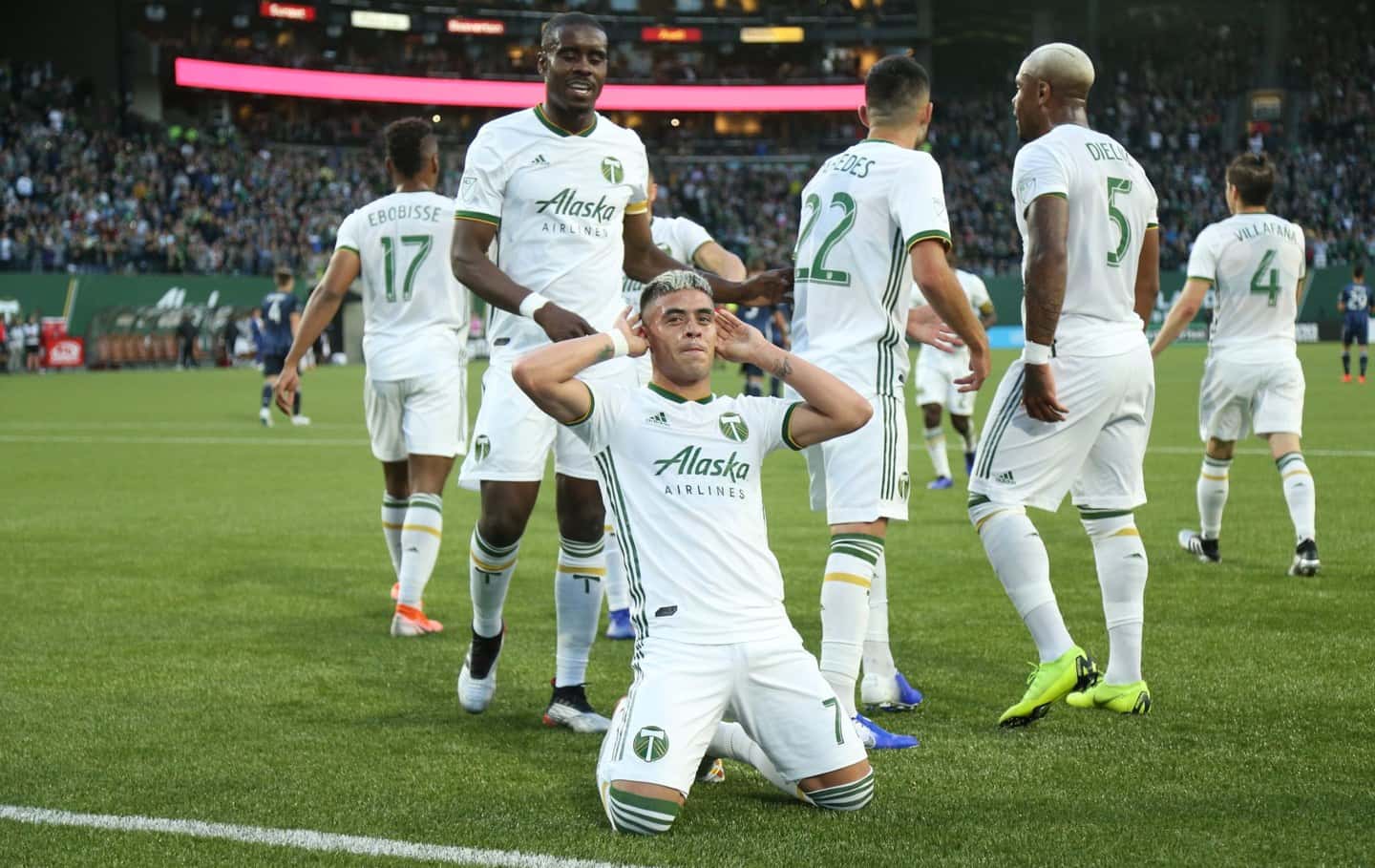 The Timbers are flying high in the 2019 Open Cup
For the Timbers, a club with history, culture, a passionate fan base and tifos galore, that kind of attitude is revolutionary. Aside from a surprise MLS Cup win in 2015, after sneaking into the playoffs, the Timbers are short on silverware. Their success in the Lamar Hunt U.S. Open Cup is restricted to one Semifinal appearance in 2013, when they lost to Real Salt Lake. It’s clear, in the second year of the Age of Gio, winning – anything – is the philosophy. Savarese’s put out strong teams in the 2019 edition of the Open Cup against rivals Seattle Sounders and LA Galaxy (the Timbers have outscored their opponents 6-1 on the aggregate).

Winning: The Only Priority

He’s clearly putting his money where his mouth is. “Any team in front of us is the priority,” said the coach who’s showing the same kind of single-mindedness he showed in front of goal over a near 20-year career that saw him capped 30 times for his native Venezuela. “We want to be a team that goes into every game with a mind to win it. If you don’t, you’re not respecting yourself, you’re not respecting your opponent or the competition you’re in.”

Savarese’s respect for America’s oldest soccer competition is clear. He lightens up around edges drifting back to his college days, when he became one of the top scorers in Long Island University (Brooklyn) history and played summers, and a few Open Cups, with 1989 runners-up Greek American Atlas Astoria of NYC’s Cosmopolitan League. “I have so many good memories from back then,” said the coach, caught up temporarily in the fog of nostalgia – and those Sunday games at the ancient Metropolitan Oval and among the remnants of the World’s Fair at Randall’s Island. Back then he played for the fun of it – and maybe a handful of dollars for a meal. “After our season was over, us young guys we’d go into the men’s league in New York and there you’d get the chance to play with former pros, get a little food money and really become part of a bigger soccer family. In many ways, it was a chance to grow.”
Graduating in 1995, one year shy of the birth of MLS, Savarese signed with the Long Island Rough Riders – then of the USISL Pro League. He played alongside Chris Armas and Tony Meola, winning a title and being named the league’s top player, before going on to become one of the most prolific scorers in the early years of Major League Soccer. In his time with the Metros and New England Revolution, he scored 51 goals in 102 appearances. Always one to pay attention, to ask questions of his more experienced teammates and pester his coaches, it was no surprise when Gio took up coaching. “When I was playing I kept a notebook with the different types of training sessions we did, and notes,” said Savarese, who faces a tough Quarterfinal test against high-flying LAFC – led by a man, in Bob Bradley, who’s similarly obsessed with winning everything on offer. “I didn’t know it was going to be my future, but I was into coaching early as a concept.” 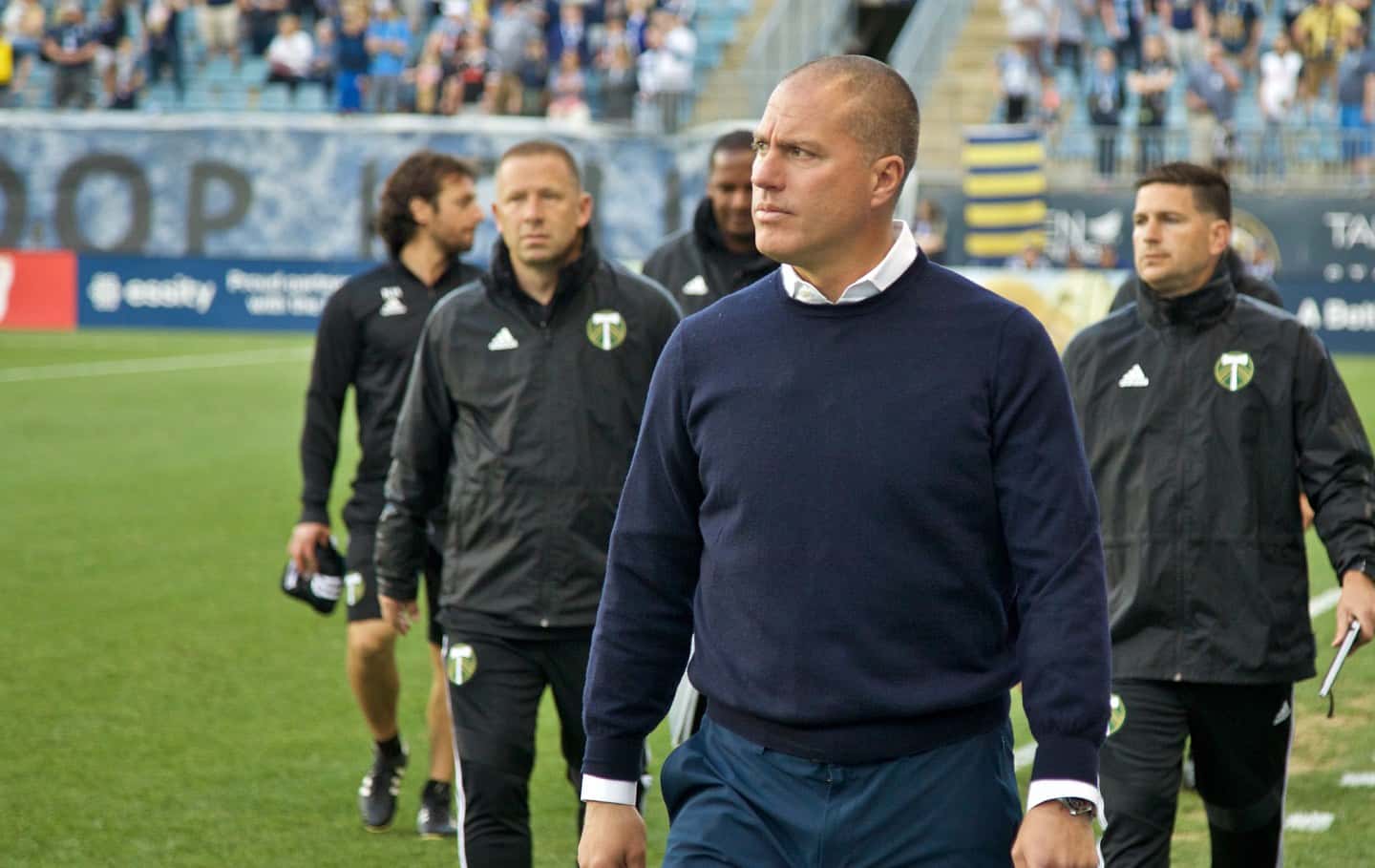 Gio Savarese has experienced the Open Cup from every angle
His first taste of coaching in earnest came in 2005, when he became the head of youth development with the New York Red Bulls. It wasn’t long before he was the head coach (and soon after, Sporting Director too) of the revamped New York Cosmos of the North American Soccer League (NASL). A second-division club, Savarese had to balance a squad of young players and veteran stars like Raul and Marcos Senna, more accustomed to the world’s biggest stages than the turf at Hofstra University. Aside from his well-known competitive streak, Savarese showed a talent for recruiting and building in those years, and for keeping a diverse locker-room trained on the same singular goal. He won three NASL championships in four title-game appearances.
Things weren’t so easy in the Cup. He had a smaller squad than his counterparts in Major League Soccer. The goals for teams below the top-flight are, necessarily, tempered by reality. He brought the Cosmos as far as the Round of 16 (2014 & 2015) and beat New York City FC in 2016. He knows the other side of the coin too, the burn of losing to a lower-league team. His Cosmos were knocked out early in 2017 by Pennsylvania amateurs Reading United – college kids playing on their summer break. It’s a sting he’s avoided so far in his first stint atop the heap, looking down from a great height in that precarious position of being the team everyone wants to knock off a perch.

Looks the Same from Up or Down

“Whether you’re coaching a team in the lower divisions or one in the top division, you have to have the same attitude toward the Cup,” said Savarese, whose Timbers are currently near the bottom of MLS’ Western Conference table but are expected to climb with several games in hand after a grueling 12-game road trip to start the season while the finishing touches were being put on their revamped Providence Park. “If you’re not playing to win, you’re not going to win. You need to have a strong mentality because every game in the Cup is going to be tough – teams get up for it and you could have extra-time and penalties. None of this is easy. But when you’re looking up at a team above you [in the lower leagues], those are the games you live for. As an MLS team, it’s strictly about beating teams you should beat, whoever we come across. It’s the same mentality and goal, just different expectations.” 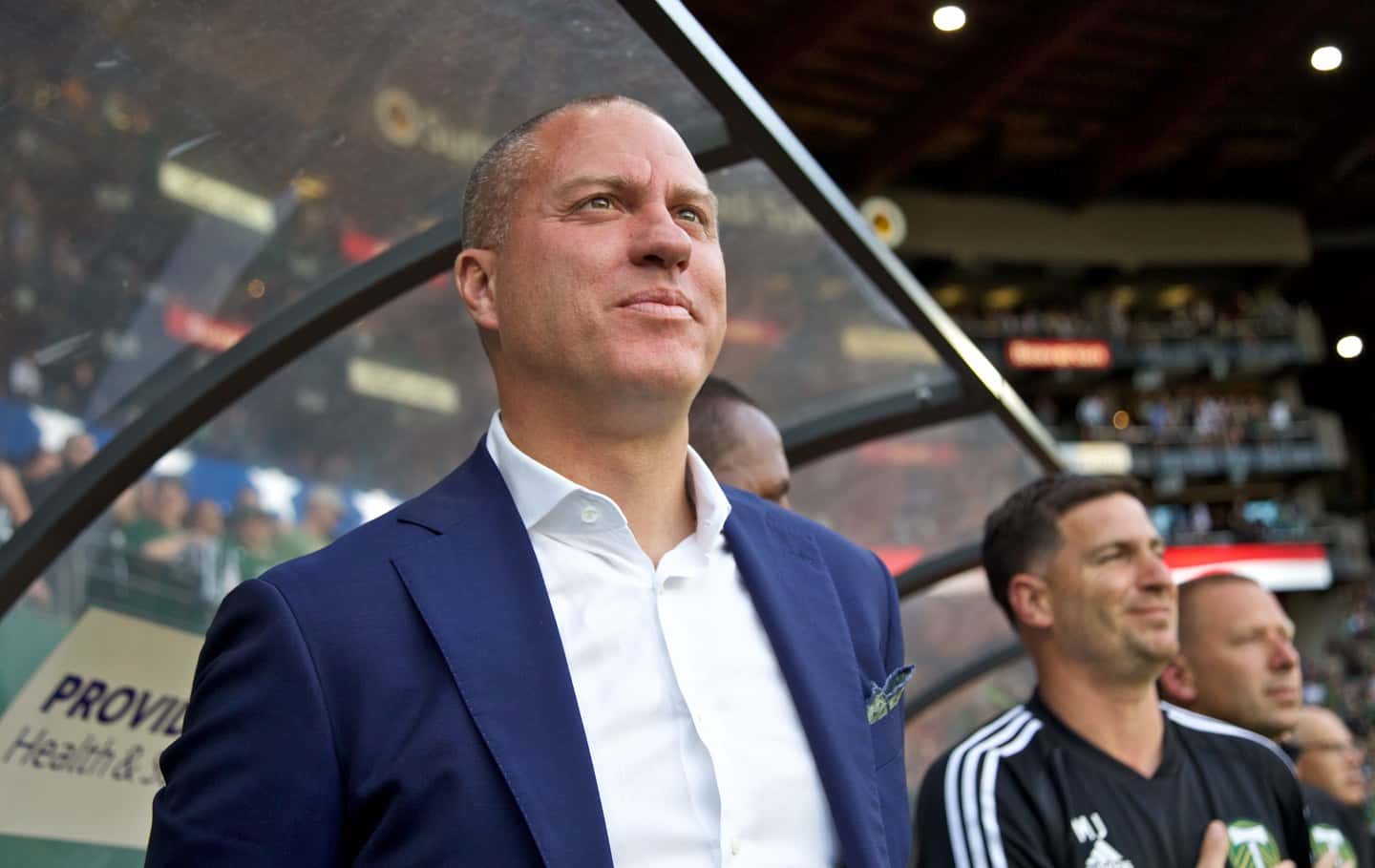 USOC is not a priority with Savarese – winning is
The Timbers and Savarese are looking for the same thing in 2019 – a first Open Cup crown. It would be historic for both. “We’ve performed and got the wins we needed to move on, and that’s what it’s all about in a Cup,” added the coach, dead set on competing hard on every front. “It’s never easy. Every team we meet is going to be extremely dangerous too. That’s just the way it is. But there’s a chance in front of us.”
He wants it all. He wants more. It’s plain as day. He craves MLS Cups, Open Cups and the Concacaf Champions League shot that comes with them. Savarese is a glutton who wants to win everything and play for all he can. It’s a contagious approach and catching on at a club ready to roar for a winning team. “All I want to do here is to build an identity,” said Savarese, appreciative of his chance at the big-time, and what he’s come to call the Timbers Family the same way he remembers the Greek Americans 30 years ago. It’s safe to say he wants that identity to be a team that wins…everything. “If we build a good identity and people recognize it, then we’re doing our job.”
Tags
Open Cup
2019 US Open Cup