CHICAGO (July 11, 2019) – The Draw to determine the Semifinal hosts and hosting priority for the 2019 Lamar Hunt U.S. Open Cup Final resulted in Orlando City SC winning the right to host Atlanta United FC in the Eastern Semifinal on Aug. 6, while Minnesota United FC will open their doors to the Portland Timbers in the Western Semifinal the next evening. 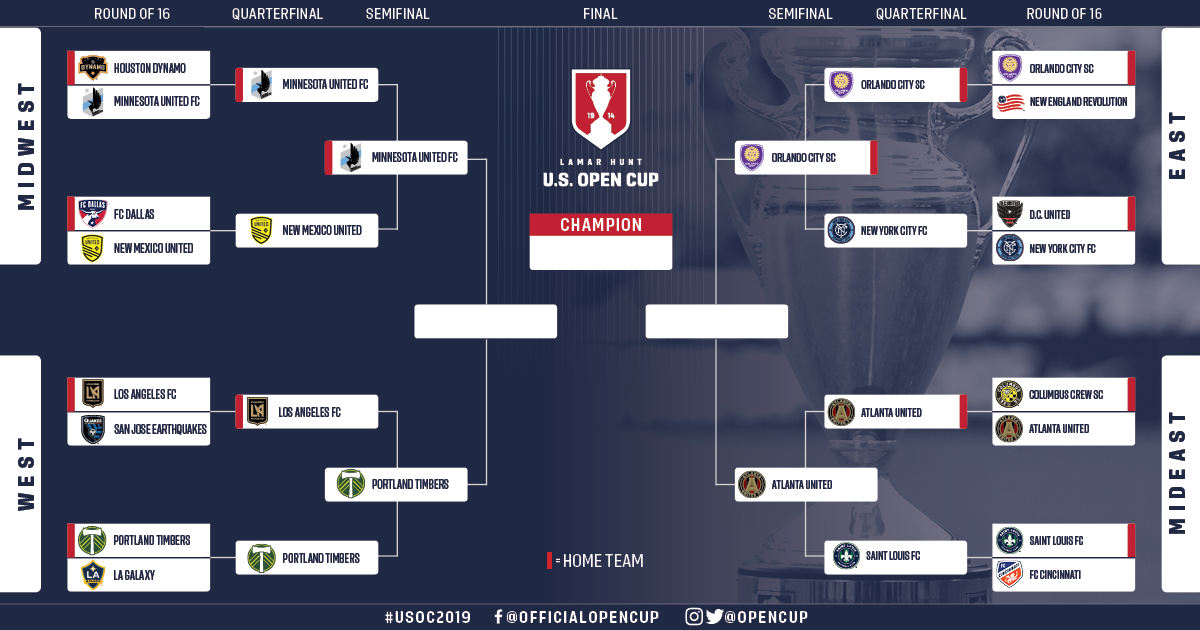 Immediately after the Semifinal hosts were confirmed, the Draw to determine the hosting priority for the 2019 U.S. Open Cup Final was held. All four potential Finalists were drawn at random to set the priority ranking. Atlanta United has first priority to host the Final on Aug. 27 or 28 should they advance. Second Priority went to Minnesota United, followed by Orlando City and, in last spot, Portland, who will not be eligible to host the Final.

The draw to determine hosts for the semifinal and final is on now! 🎥 https://t.co/PUuX5u25Rn

Of the four teams still in contention, only Portland has previously reached the Semifinal stage of the competition, doing so in 2013 but ultimately losing out to Real Salt Lake. With Atlanta United on the other side of the bracket, the 2019 U.S. Open Cup Final has the potential to be a rematch of the 2018 MLS Cup Final that pitted the Timbers against the Five Stripes at Mercedes-Benz Stadium in Atlanta. The Georgia club will first have to navigate a regional derby against Orlando, while the Timbers square off against Minnesota in what has been an historically even series – the teams are 2-2-0 against one another in four all-time meetings – and should be an even matchup this time around as well.