Match Preview
July 6 2019
On the Pitch
The U.S. Women’s National Team will compete for the biggest prize in women’s soccer when it takes on the Netherlands in the championship game of the 2019 FIFA Women’s World Cup on Sunday, July 7 at Stade de Lyon in the French capital of women’s soccer. This will be the fifth appearance in a FIFA Women’s World Cup Final for the USA, which is the first and only nation to win it on three occasions: 1991, 1999 and 2015.
It will also mark a record third straight finals appearance for the U.S. after the team defeated Japan in an epic finals rematch in Canada 2015, four years after falling short in a shootout against Japan at the 2011 edition.
The USA earned its way into the 2019 final by blazing through its group in record fashion beating Thailand (13-0), Chile (3-0) and semifinalists Sweden (2-0) before combining tremendous skill, savvy and will to meet increasingly tough challenges from rising power Spain (2-1) in the Round of 16, World Cup host France (2-1) in the Quarterfinal and No. 3 ranked England (2-1) in an epic Semifinal showdown. The Netherlands meanwhile also won its group going 3-0-0 against New Zealand (1-0), Cameroon (3-1) and Canada (2-1) before knocking off 2015 finalists Japan (2-1) in the Round of 16, Italy (2-0) in the Quarterfinal and Sweden (1-0 AET) in the Semifinal.


The 2019 FIFA Women’s World Cup final against the 2017 European champions Netherlands will be broadcast live on FOX and Telemundo at 11a.m. ET. Fans can follow all the action on Twitter @USWNT and follow the team along its journey on Instagram and Facebook. 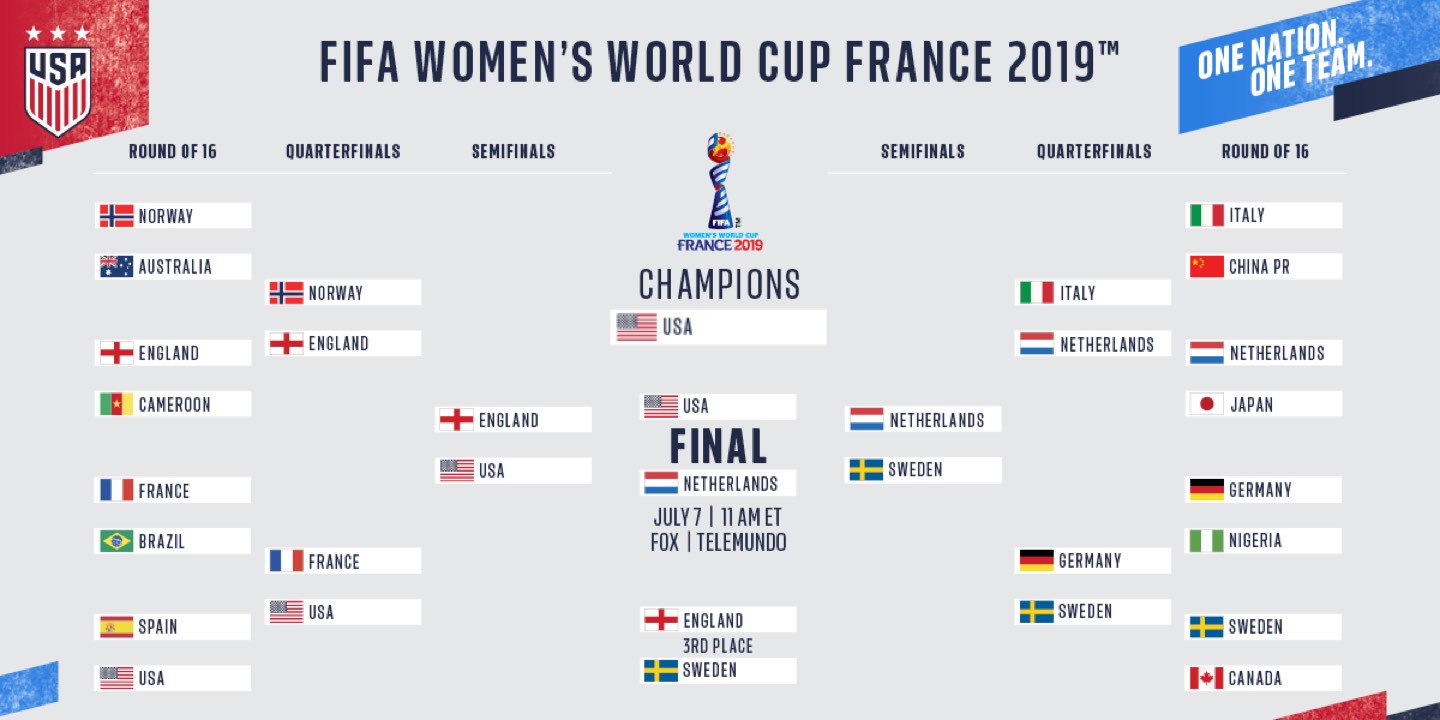 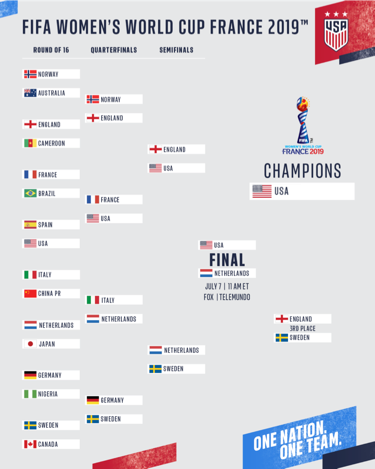 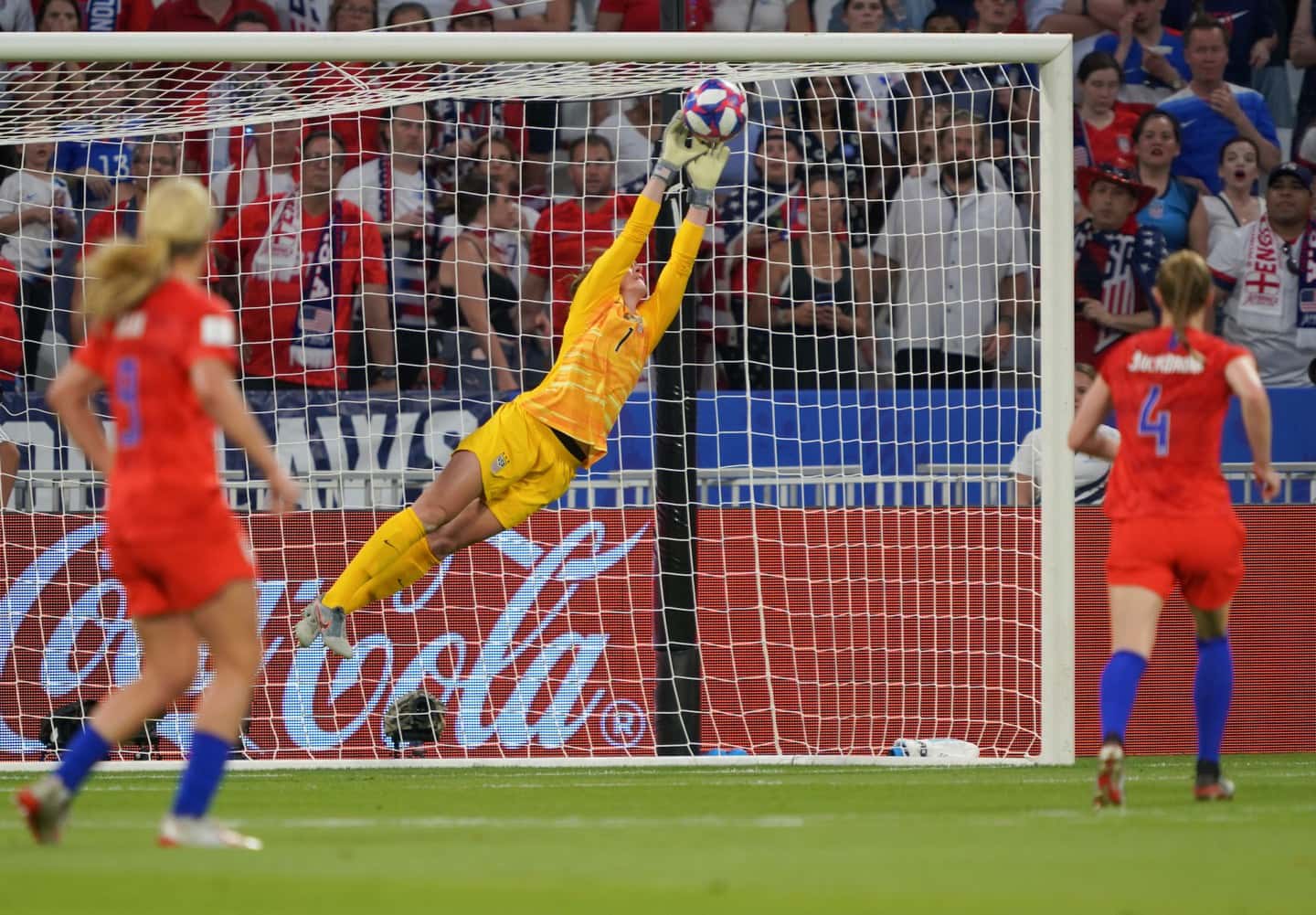 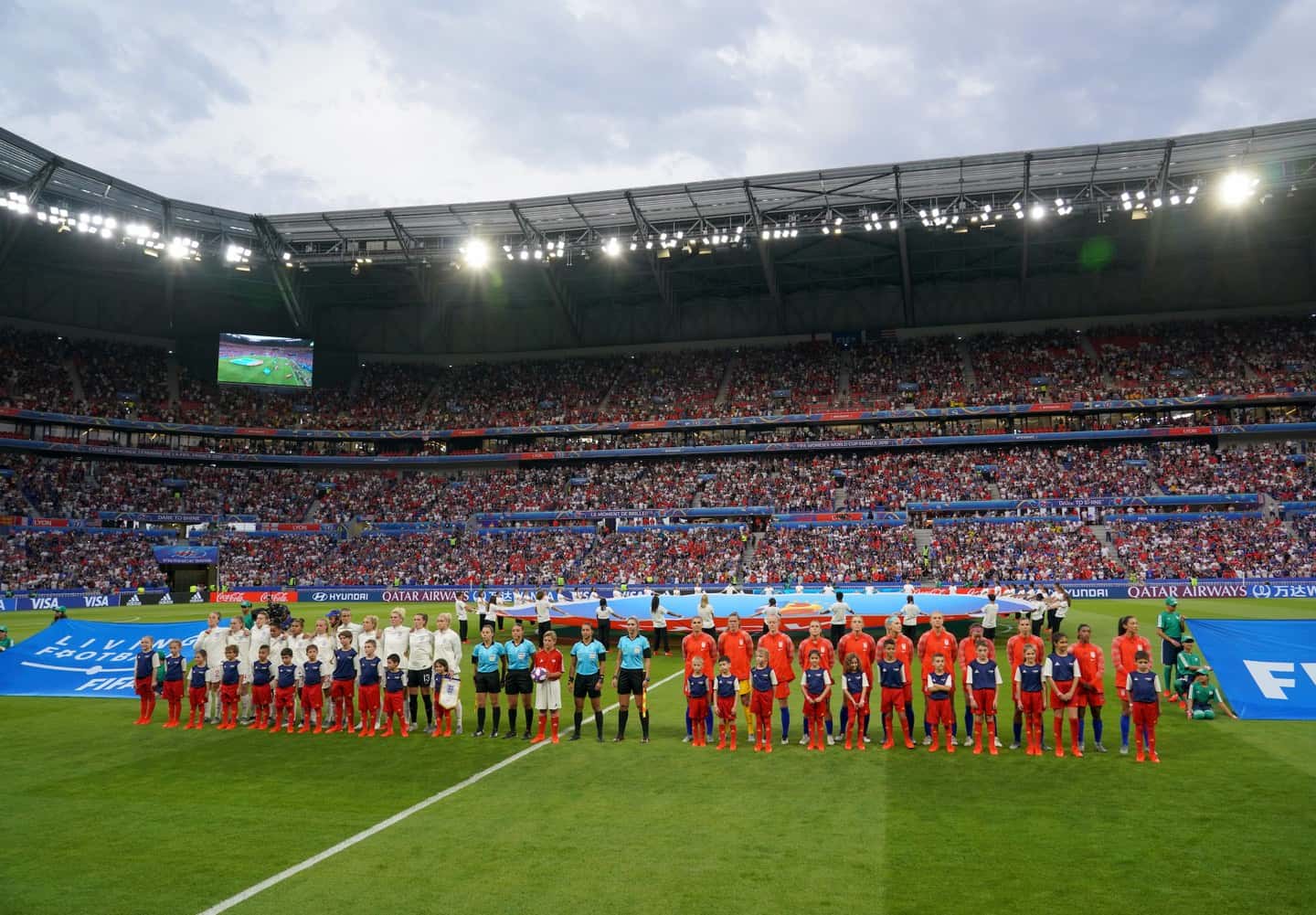 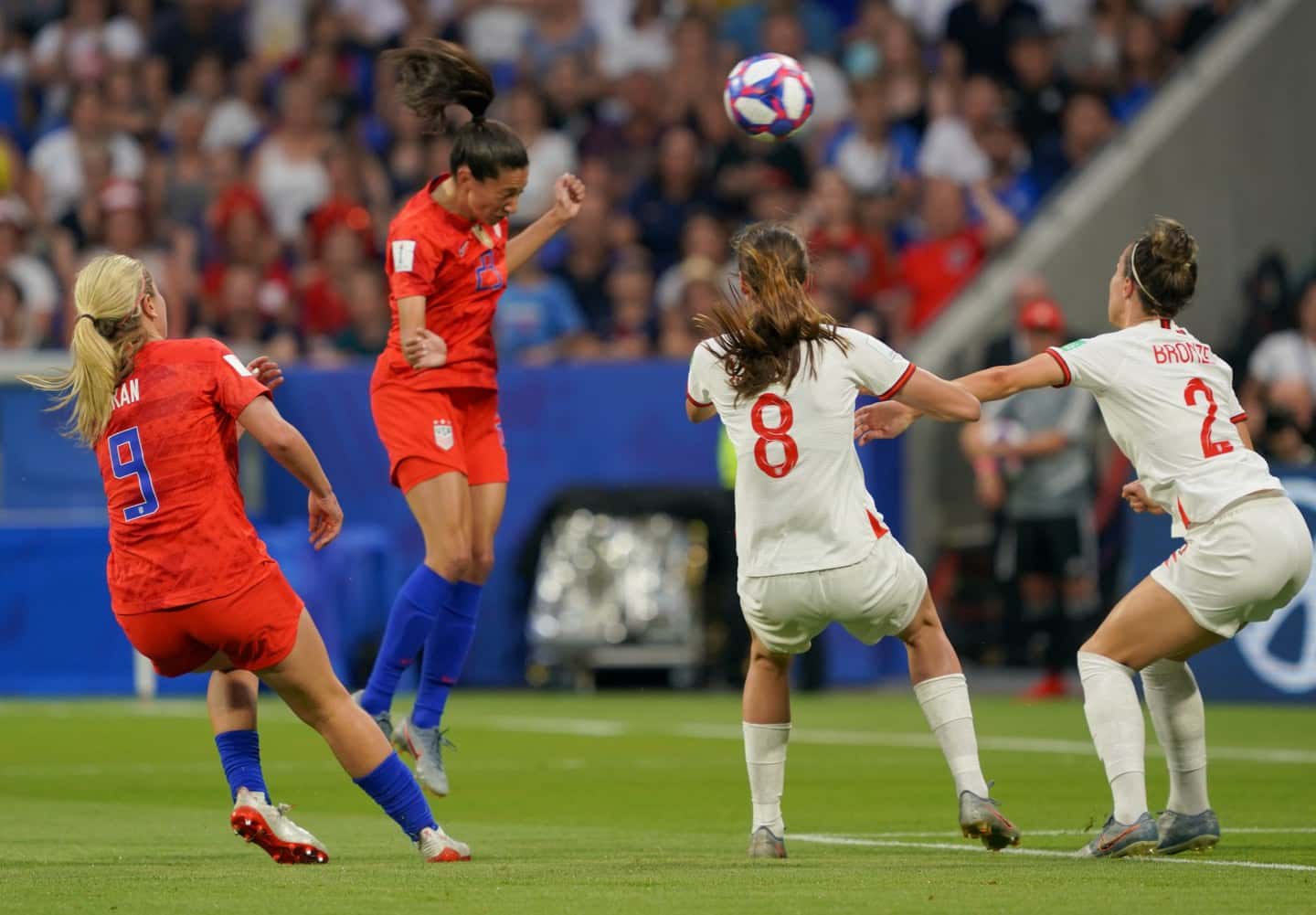 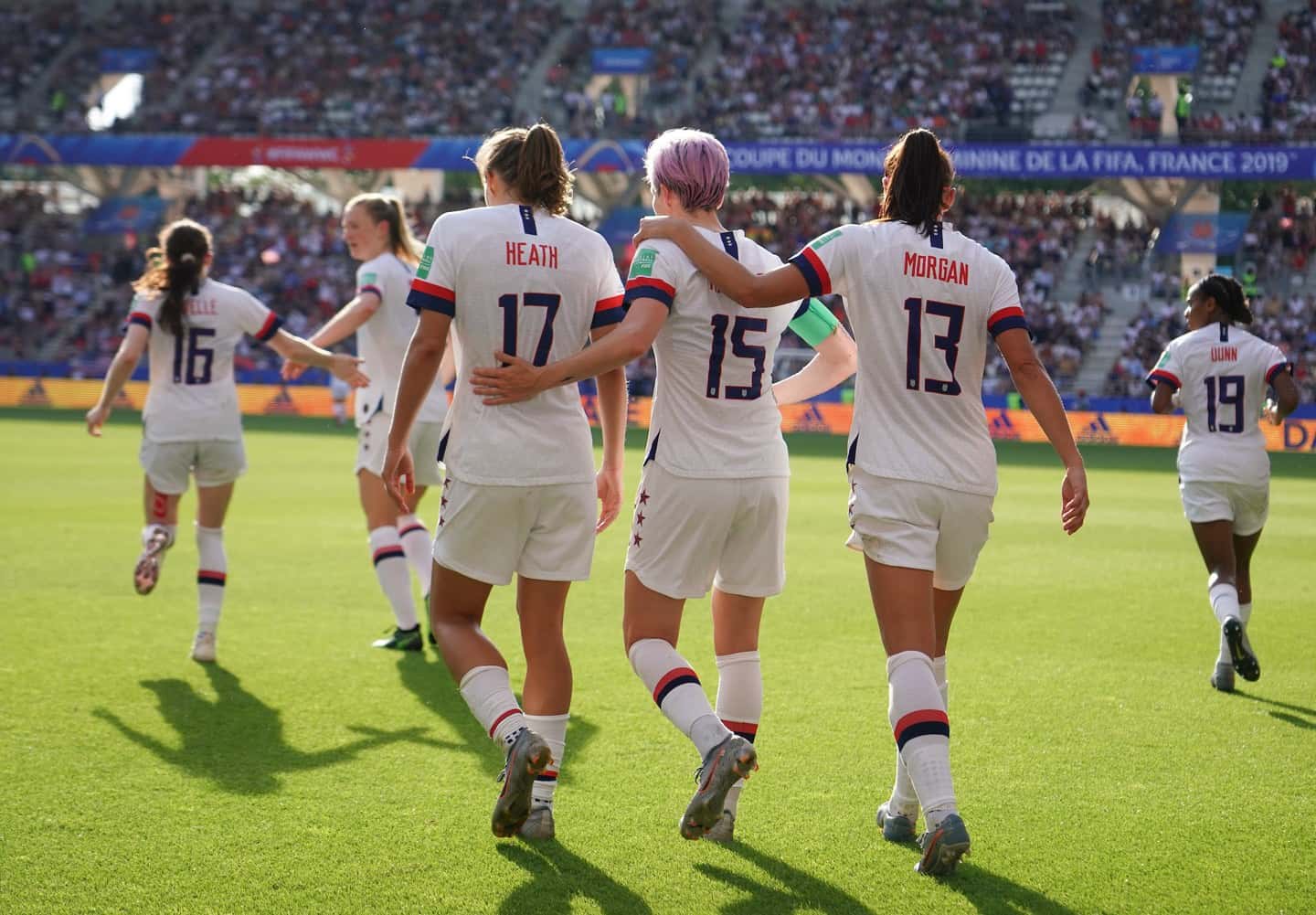