Osvaldo Alonso Moreno only needs one name. Ozzie does it. There’s no legend bigger in the Modern Era of the Open Cup. While tournament greats of earlier days live only in a kind of nostalgic rendering of the imagination – cracked black and white photos yellowing in cellars – Alonso does his myth-making for all to see in vivid living color. On August 27, the tenacious midfield hero of Seattle, Washington and now Saint Paul, Minnesota, will take part in a record seventh Open Cup Final with a chance to lift his fifth.

Ask any of the the Open Cup’s modern-day evangelists and they’ll tell you much of the 106-year-old tournament’s romance lies in the opportunities it provides. For the overlooked and the outsiders – for the young and the passed-over. Eric Wynalda will tell you until you ask him, politely, to stop. So will Bob Bradley. The late Sigi Schmid, Ozzie’s coach at the Sounders where he won four Open Cup titles, would too. 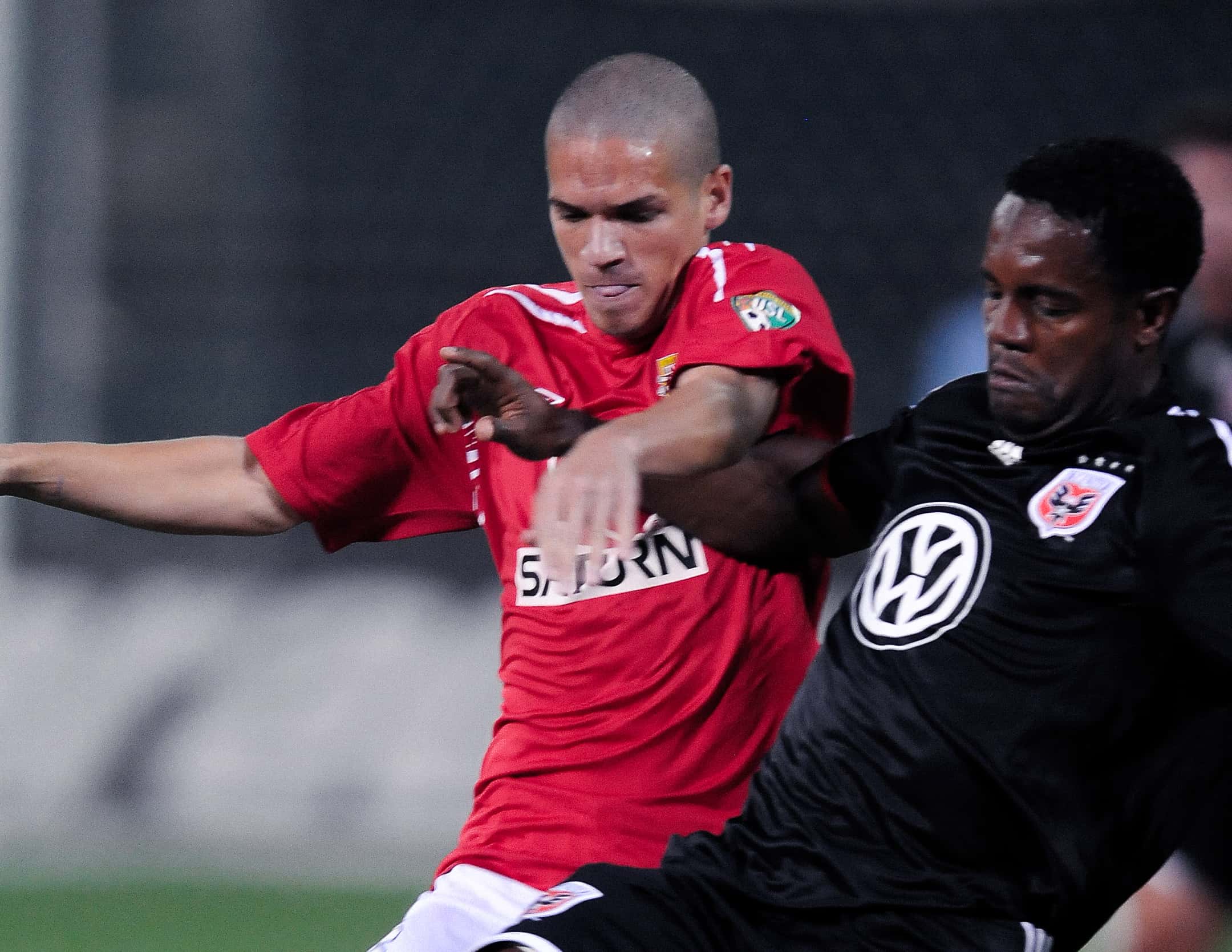 Alonso in the 2008 Open Cup Final with the Charleston Battery

Back in 2008, Ozzie was alone in a strange land, barred from return to his home country. He had 700 hundred dollars in his pocket and only a few cards left to play. If anyone was in need of opportunity’s knock, it was the 22-year-old holding midfielder no one had ever heard of outside of his native Cuba. “It was tough. I had no language. No family – but I had soccer,” said Alonso remembering how he defected while on duty with the Cuban national team in Houston, rode a bus for two days to Miami and somehow wrangled a try-out with the Charleston Battery of the U.S. second professional tier. “From there, I knew I just had to look forward. There was no back. I told myself: ‘do the best you can – try to make it happen and go far.’”

Alonso’s Cuban teammate Lester More (a striker who also defected at the 2007 Concacaf Gold Cup) asked his coach in Charleston, Mike Anhaeuser, if he could bring a friend along to training. The coach – a serious man and Charleston’s boss to this day – was reluctant. He knew nothing of Ozzie Alonso, but what was the harm in a look?

Ozzie’s smooth touch and hunger were obvious after only a few seconds. Days later, he signed his first pro contract. He started all six of the Battery’s Open Cup games including shock wins over Houston and FC Dallas. He was one of the best players on the field in the Final, at RFK Stadium against Jaime Moreno’s D.C. United, in what remains to this day as the last appearance for a non-MLS team in an Open Cup Final. “The Open Cup gave me my chance,” said Ozzie, now 33 and fresh off winning his seventh Open Cup Semifinal with his new club Minnesota United. “It was my chance to improve and move forward. For me it was special, but for the team, we all knew it was a special moment too. I never thought I would make it that far, and the Cup showed me anything is possible.” 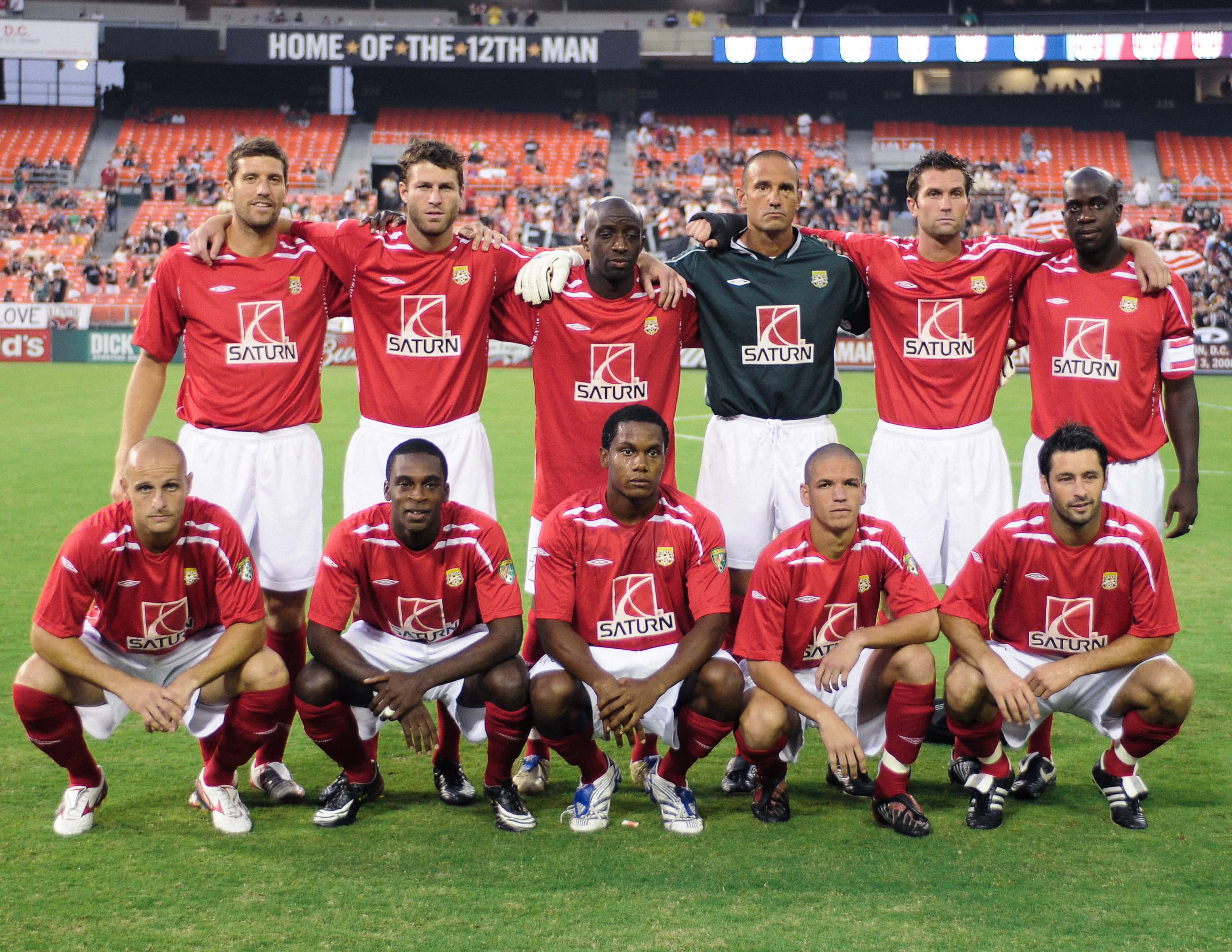 He was impossible to miss in that 2008 Cinderella run. Ozzie never tired. He did all the dirty work and swept the floor up too. He travelled everywhere on the pitch from his perch in deep midfield where the wars break out. Aggresive isn’t strong enough a word. He was then, as now, a battler who straddled the line between tough and nasty. The kind of guy you love playing with and dread playing against. It’s not always clean. He’s not always polite. Ozzie’s got bite. “He was impossible not to notice,” said Mike Anhaeuser, coach of the Charleston Battery and one of those latter-day Open Cup romantics you stumble on now and then. “He was the driving force for us that year.”

The loss to D.C. United in that 2008 Final stuck with Ozzie. To go so close and come up short, throbbed like a sore thumb. The next year, now at the Seattle Sounders and a break-out star for the first-year Major League Soccer club, he got his revenge. “Winning that Cup in 2009 was the best of the four titles for me because it was so short after losing the Final to the same D.C. United team the year before and on the same field,” said Ozzie, who will join former teammates Nate Jaqua and James Riley with five Open Cup titles if his Minnesota United can undo Atlanta United on the road later this month. “It felt like revenge and it was sweet. I can still feel it today if I close my eyes.” Ozzie became a symbol for the Sounders – a talisman in the richest time in the club’s history. There were no arguments when he was named captain. A born leader, he won an MLS Cup (2016). He was a four-time All-Star and was dubbed El Corazon de los Sounders by adoring fans in the Emerald City. His four Open Cup titles – and the high-octane way he plays the game right out on the edge – have made him a symbol, too, for the 106-year-old tournament. It’s a competition that doesn’t tolerate draws, plays only on weekdays in the heat of summer and always seems to have that little extra bit of added fire to it. Ozzie and the Cup are a matched pair. A balanced couple.

He got his first chance in the Cup in 2008. He lifted it for the first time in 2009. Ozzie didn’t let go after that. He won back-to-back titles in 2010 and 2011 – both in front of record Open Cup Final crowds at home in Seattle. His late goal in the 2011 Final against the Chicago Fire revealed the other side of his game – a subtelty so often overlooked as he waged his wars in midfield and put out fires everywhere else. Up by one and with the game stretched, he collected the ball 30 yards out, slipped past a defender and left him on the ground. Ozzie raced into the box and held onto the ball. It looked like he held it longer than he should, like the chance had gone, but with one quick cut, he left the keeper and two more defenders for dead. The net rippling signallned the end of the game. The Cup was his. The celebrations were a mob-scene and Ozzie pounded his shirt in triumph. It was a rare goal for a master of the hard graft. It was also the best defensive play available. It made the remaining minutes moot and doused any hopes the Fire had.

In 2012, just when it seemed the Sounders owned a magic key to unlock the Open Cup at will, they fell to Sporting KC in that year’s Final. The year after, they went out in a shock Third-Round loss to the second-tier Tampa Bay Rowdies. All that did was make Ozzie angry. He was back to his best in 2014 and – this time with the lethal attacking duo of Clint Dempsey and Obafemi Martins in front of him – there was no stopping Seattle (the Sounders won 3-1 in overtime in Philly with Dempsey and Martins both on the board). 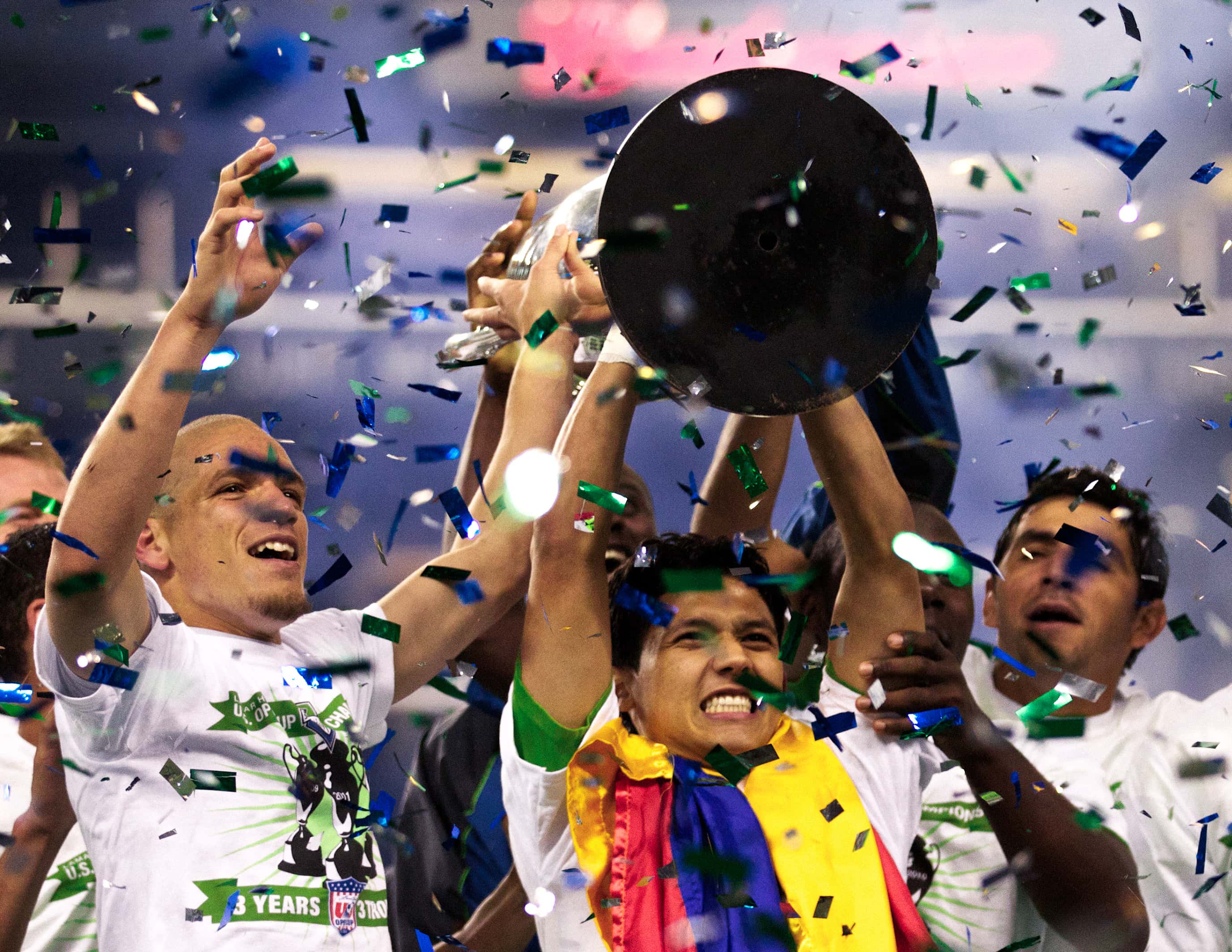 Alonso (far left) with the Open Cup in Seattle

Four times now he’s lifted the Cup – the oldest prize in American soccer. His teammates have changed, but Ozzie and his shaved head remain constant. It’s not the antique Dewar Cup he lifts like they did in the old days, but he’s a member of the pantheon now. His name belongs there with the likes of Harrys: Ratican and Keough, Jimmy Easton and Bert Patenaude. Ozzie belongs up in lights with Billy Gonsalves, whose reputation looms huge over the Cup – but whose eight titles are left only to our imaginings and the little left written about them.

Ozzie’s 33 now. He’s lost a step or two as all who age do. But he’s still keen. He reads the game better than anyone and his presence in the Minnesota United line-up (along with Ike Opara) has turned the Loons from the worst defensive team in Major League Soccer into one of its tighest ships. Adrian Heath, the team’s venerable English coach and an FA Cup winner with Everton in 1984, handed Ozzie the armband same as Sigi Schmid did and it’s no more a mystery why now than it was then. “All I want to do is my best for the guys next to me,” said Ozzie. He’s not concerned he hasn’t scored any of the Loons’ astonishing 15 goals in four 2019 Lamar Hunt U.S. Open Cup games so far. “I give my all so the others can go up and get the goals and make things happen. You do that – and you have everyone working for everyone – and you got a chance to win something.”

Now 33, Ozzie is looking for a fifth Cup in his seventh Final
Ozzie has nothing to prove to anyone. But he does have better than a puncher’s chance of winning an historic fifth Open Cup crown. A win in Georgia against Atlanta United would make him a bona fide legend at a second club – as it would be the first piece of hardware in the Minnesota club’s short MLS history. Another Cup would cement his legend, already beyond question, among those old static ghosts of the Open Cup who live trapped in dusty frames. “We want to win this Cup,” said Ozzie in a warning to Atlanta United. “We want the whole thing. I remember what it takes and I remember what it means.”
Related Gallery 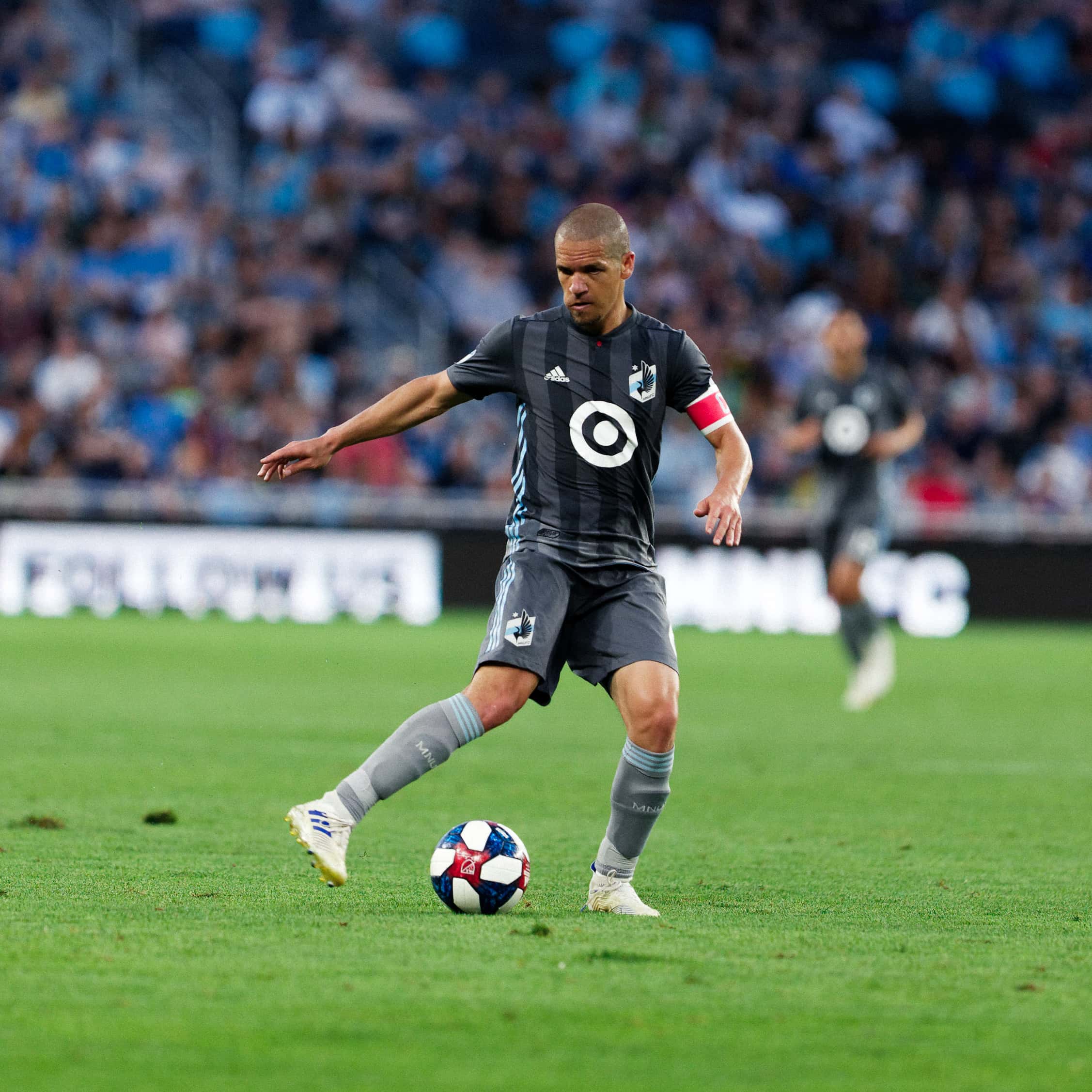 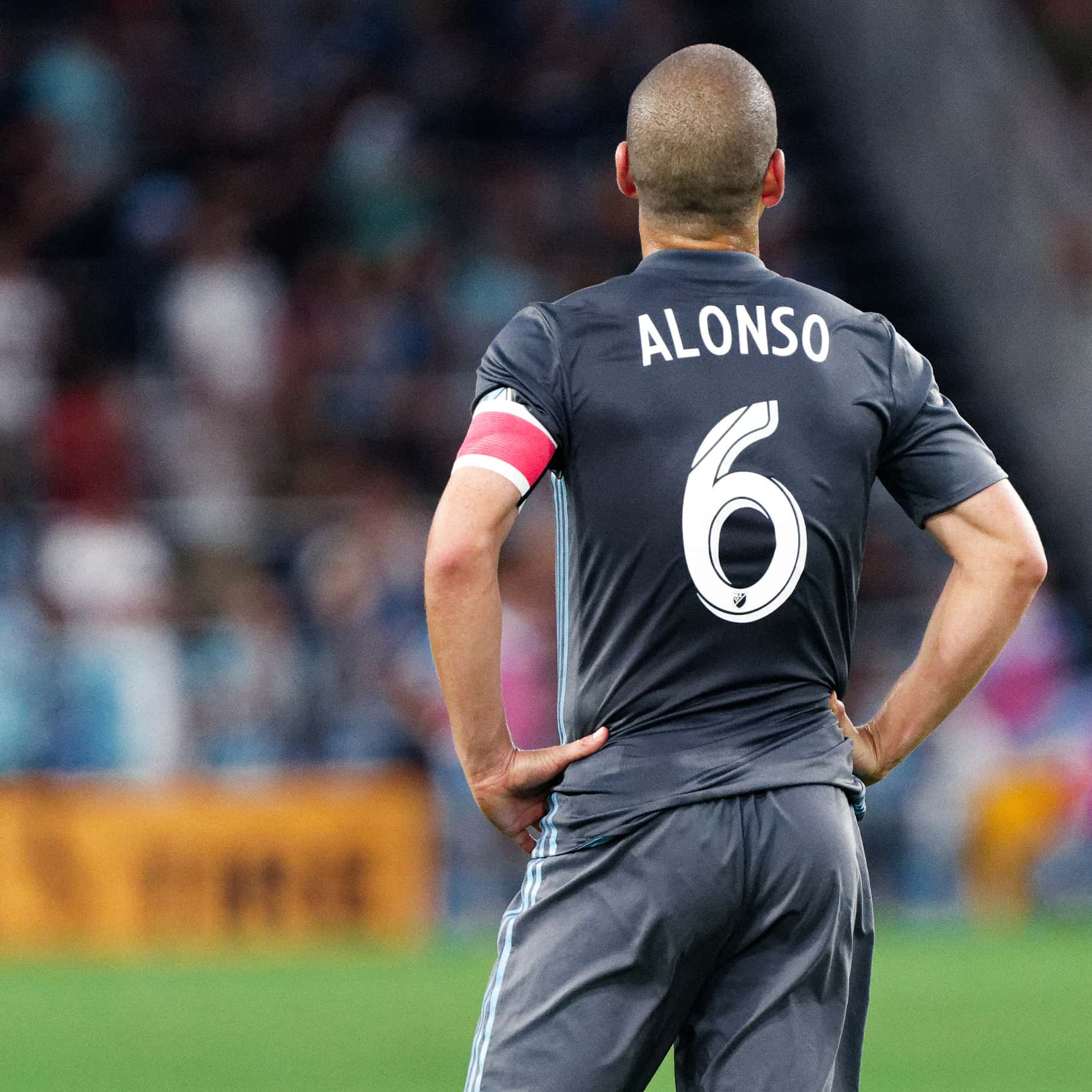 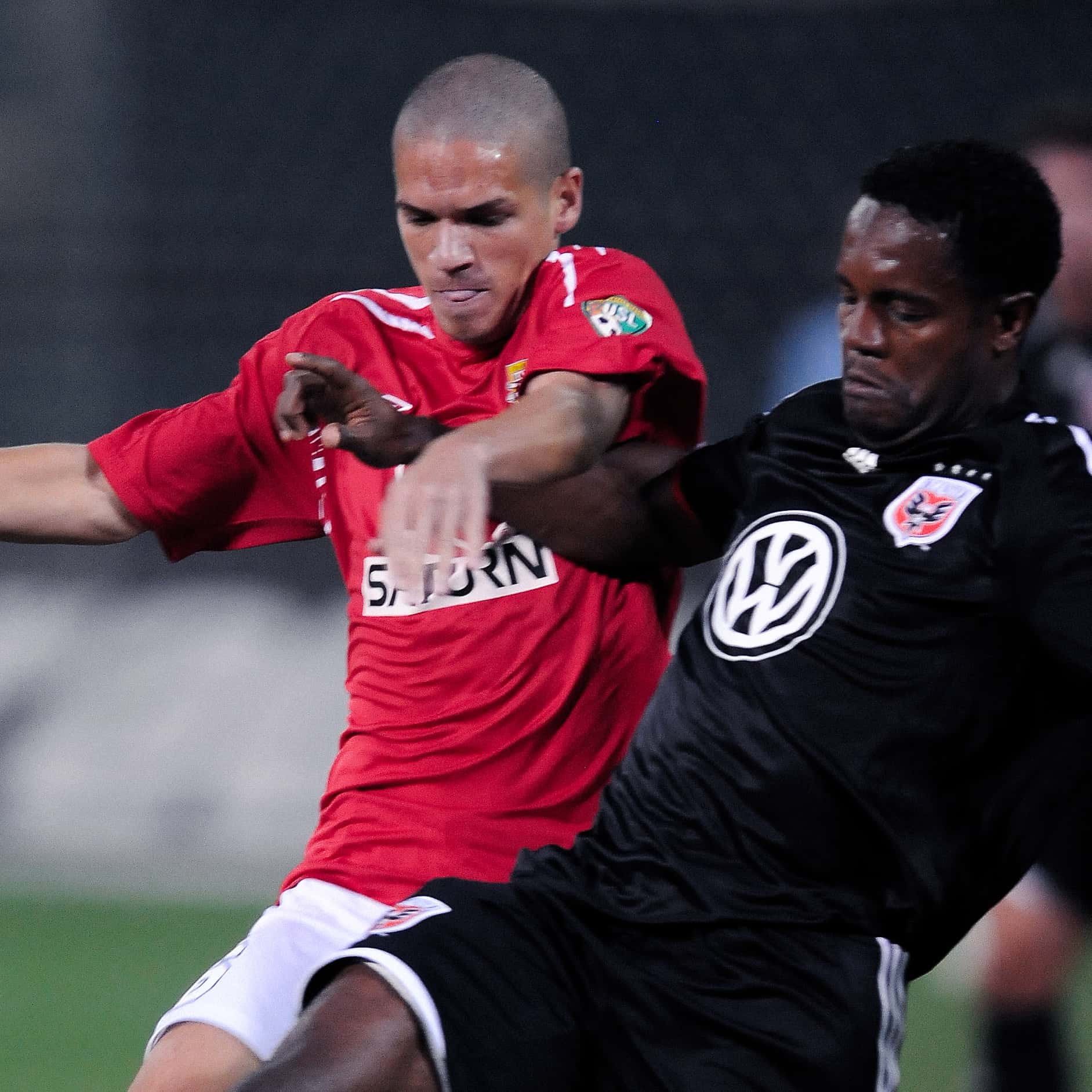 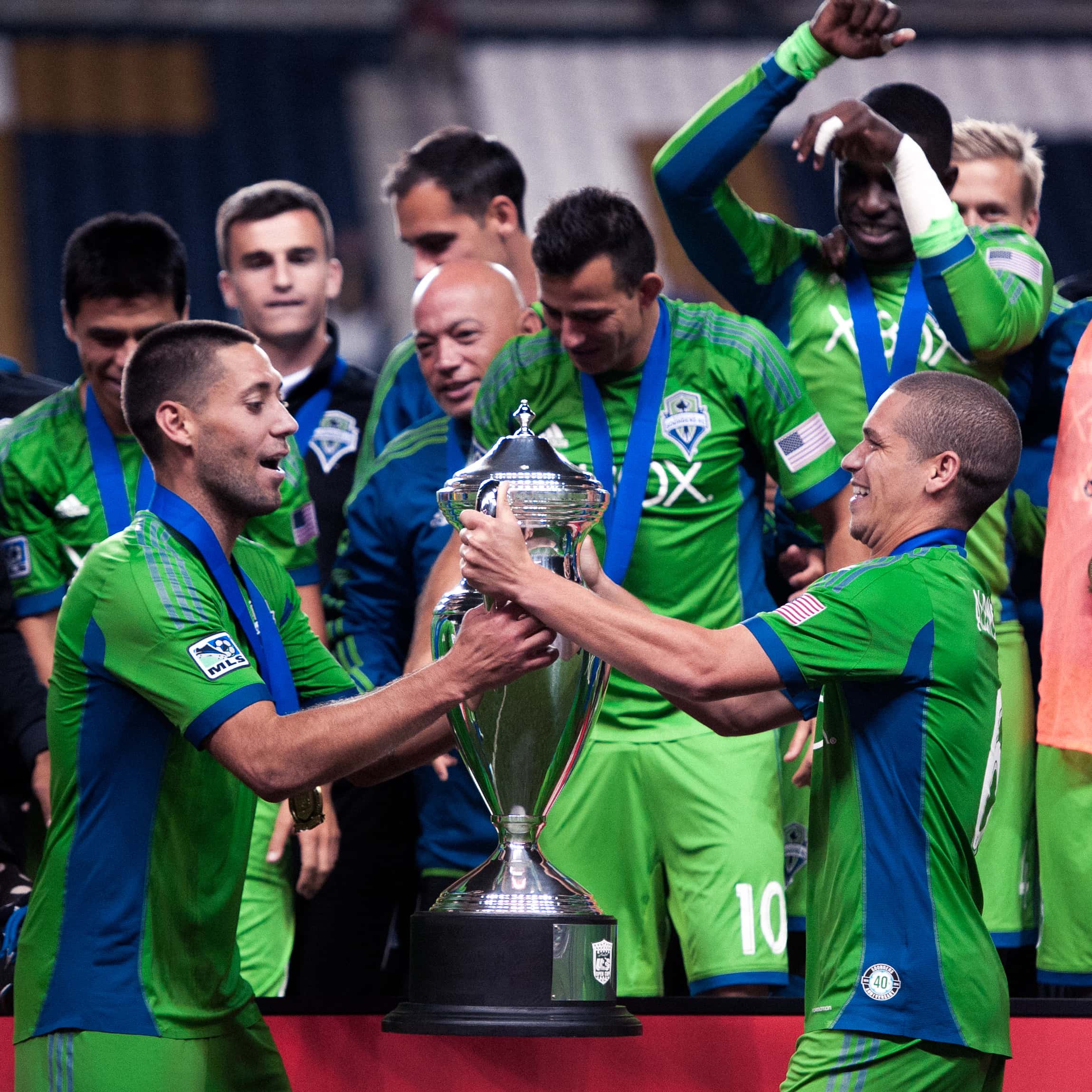