USWNT Kicks Off Victory Tour at Historic Rose Bowl vs. Republic of Ireland

Match Preview
August 2 2019
On the Pitch
After capturing the hearts and minds of a nation, and fans around the world, the U.S. Women’s National Team returns to the USA to play its five-game Victory Tour, presented by Allstate, and celebrate capturing the 2019 FIFA Women’s World Cup title. The USA is the only nation to have won the World Cup four times: 1991, 1999, 2015 and 2019. The Victory Tour will feature the 23 players who won the World Cup.

The USA’s 2-0 victory against the Netherlands on Sunday, July 7 at Stade de Lyon marked the USA’s record fifth appearance in a FIFA Women’s World Cup Final and added a fourth star to the USA’s jersey. The USA earned its way into the 2019 Final by blazing through its group in record fashion beating Thailand (13-0), Chile (3-0) and semifinalists Sweden (2-0) before combining tremendous skill, savvy and will to meet increasingly tough challenges from rising power Spain (2-1 win) in the Round of 16, World Cup host France (2-1 win) in the Quarterfinal and No. 3 ranked England (2-1 win) in an epic Semifinal showdown. Goals from Megan Rapinoe – the tournament’s Golden Ball winner as Best Player and Golden Boot Winner as top scorer – and Rose Lavelle, the Bronze Ball winner, propelled the USA to victory in a championship game that could have easily seen the USA double its goal output. The U.S. goals in the championship game were the 50th career goal for Rapinoe and the 10th for Lavelle.

USA VS. REPUBLIC OF IRELAND

BACK AT THE ROSE BOWL, SITE OF CULTURAL-SHIFTING MATCH 20 YEAR AGO: This will be the fifth U.S. Women’s match at the Rose Bowl and first in 17 years. It will be the third match at the Rose Bowl since the USA won the groundbreaking 1999 FIFA Women’s World Cup at the historic venue two decades ago, a game which featured the dramatic penalty kick shootout win for the USA and Brandi Chastain’s iconic celebration, and sparked a cultural shift in the USA and around the world in regard to women’s sports and female athletes. The 90,185 spectators on hand at the Rose Bowl that day for the USA’s victory against China PR in the 1999 FIFA Women’s World Cup represent the largest attendance in the tournament’s history. It’s a record that likely will never be broken.

A SWAN SONG FOR THE EXCELLENT ELLIS: On July 30, Jill Ellis announced she was stepping down from her post after five-plus years at the helm of the world’s #1 ranked team. She is the third U.S. coach – and first female American coach – to win a Women’s World Cup (2015) at the senior level, following Anson Dorrance (1991) and the late Tony DiCicco (1999), and the first to win two after the 2019 triumph in France. Ellis was named the 2015 FIFA World Coach of the Year for Women’s Soccer on Jan. 11, 2016 and will be the favorite again this year. She was also named the Concacaf Female Coach of the Year that year. 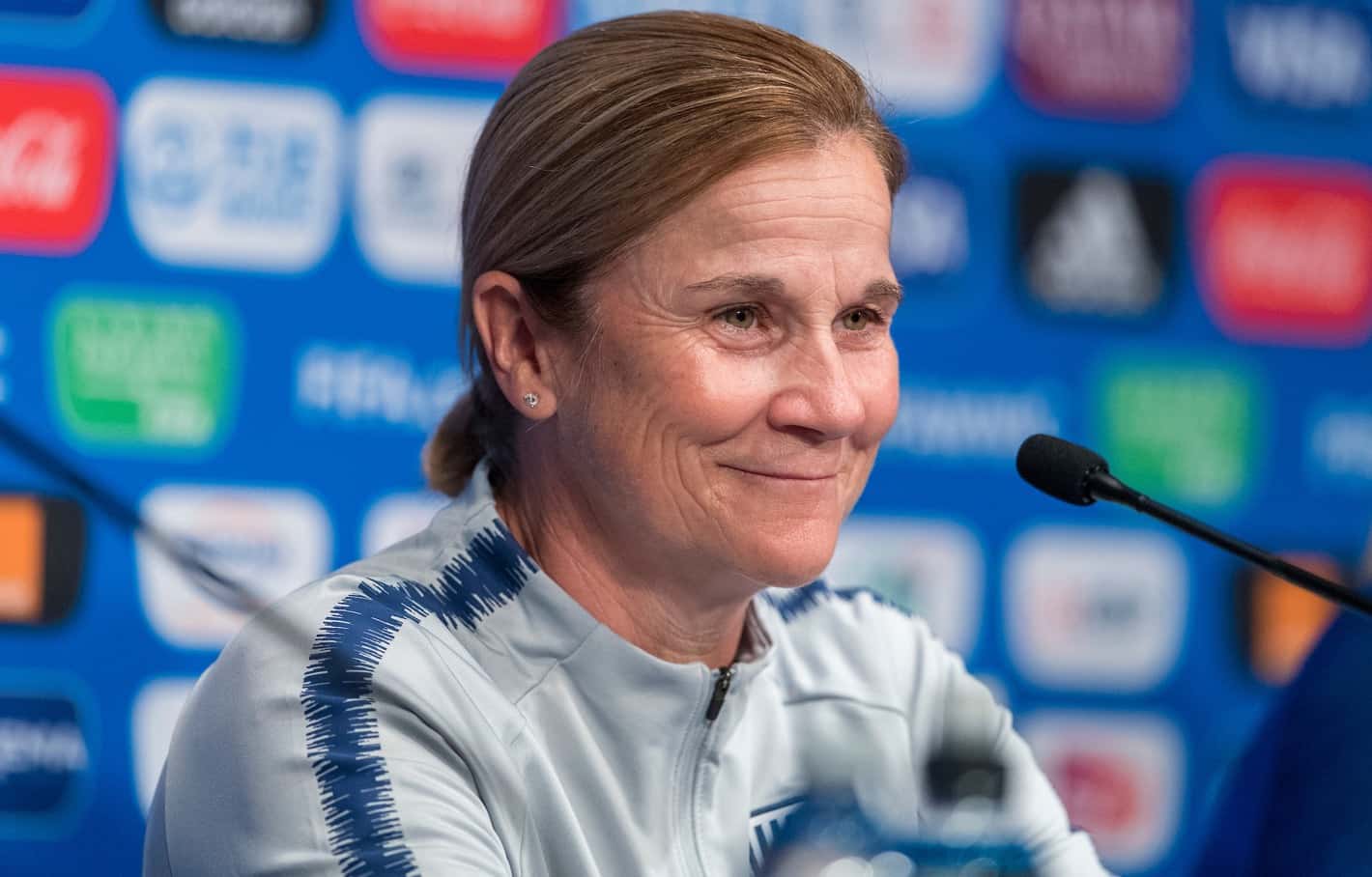 Ellis, who served two stints as interim head coach of the U.S. WNT before taking over officially, is the eighth official head coach in USWNT history. She amassed a 6-0-3 record before she was formally named the head coach in May of 2014. She has gone 96-7-15 since then for an overall record of 102-7-18. With the victory against Belgium on April 7, 2019 in Los Angeles, she moved ahead of Pia Sundhage (91) in all-time wins, and now trails only Tony DiCicco (105), a record she may break during the Victory Tour. The match against Australia on July 29, 2018, marked her 100th game on the bench for the USA, making her the fourth coach in U.S. history to coach in 100 or more games. With the match against France on June 28, her 125th on the bench for the USA, she earned the record for most U.S. WNT games coached and that win was the 100th in her WNT career. In her time as head coach of the WNT, Ellis has won eight tournaments: the 2015 Algarve Cup, the 2015 Women’s World Cup, the 2016 CONCACAF Women’s Olympic Qualifying Championship, the 2016 SheBelieves Cup, the 2018 SheBelieves Cup, the 2018 Tournament of Nations, the 2018 Concacaf Women’s Championship and the 2019 FIFA Women’s World Cup. 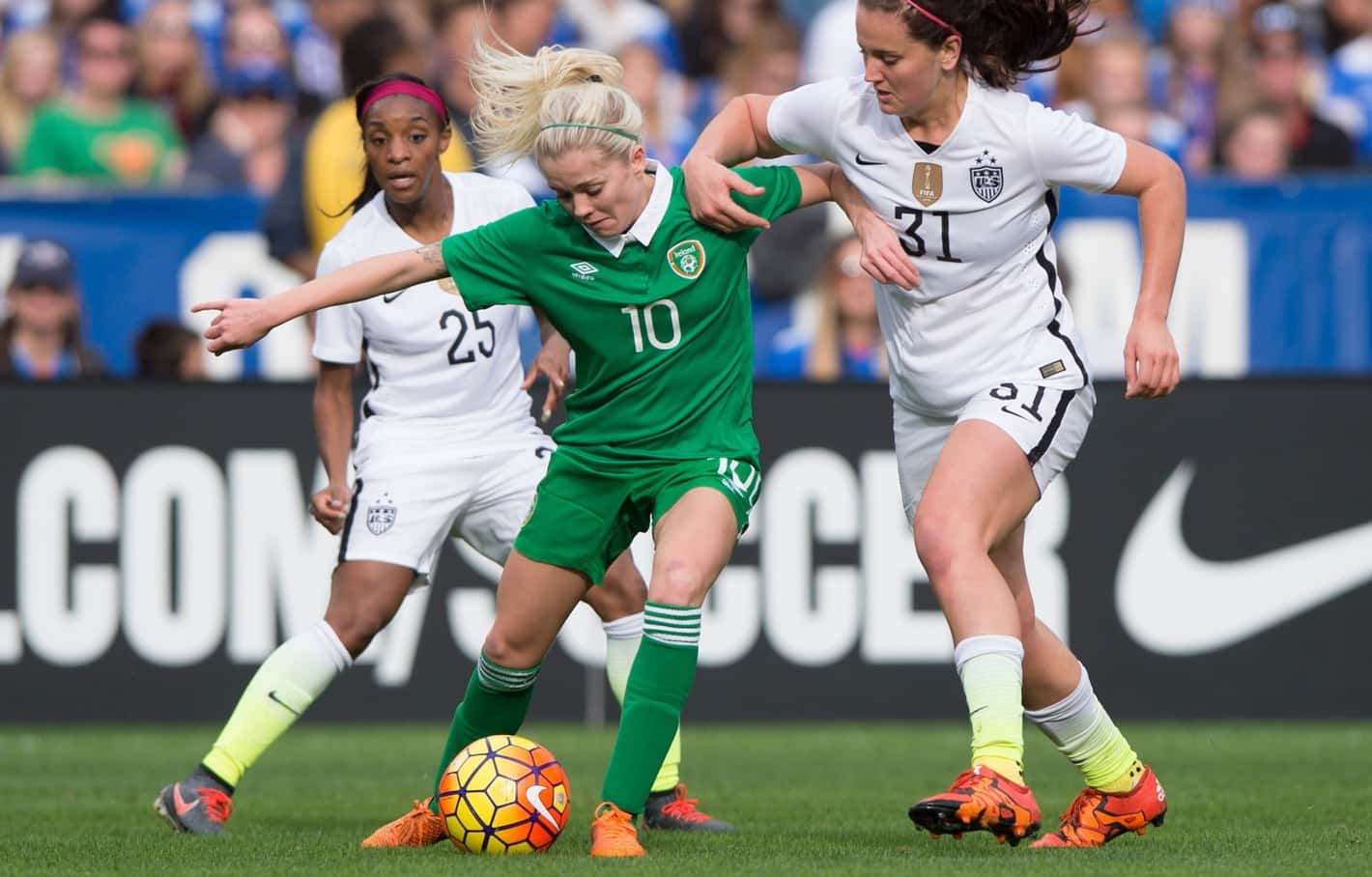 IN FOCUS: REPUBLIC OF IRELAND